Q&A with legendary boogie-rock pianist George Frayne: The adventures of Commander Cody and the Pop Art

"All art and the making of all art magnifies and illuminates the soul ... makes you feel good too!!"

George Frayne: Welcome to the Ozone

Commander Cody and His Lost Planet Airmen formed in 1967 in Ann Arbor, Michigan, with George Frayne taking the stage name Commander Cody. The band’s name was inspired by 1950s film serials featuring the character Commando Cody and from a feature version of an earlier serial, King of the Rocket Men, released under the title Lost Planet Airmen. The band’s style mixed country, rock'n'roll, western swing, jump blues, on a foundation of boogie-woogie piano. A pioneer in incorporating Western swing into its music, the band became known for marathon live shows. First conceived in 1968 in Ann Arbor, the band moved to San Francisco just in time for the Summer of Love in ‘69. 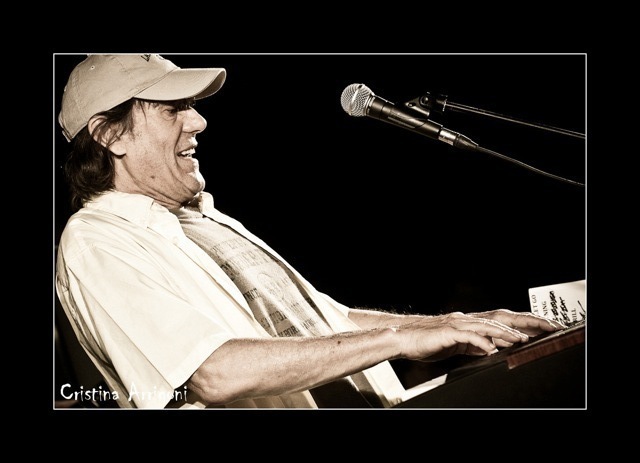 Ever since his wild early days as a front man for the Lost Planet Airmen, the Commander has plowed his own path through the fields of the American music scene as one of its few truly unique and iconoclastic figures. Frayne is also an artist. He received a bachelor's in design from the University of Michigan in 1966 and a master's in Sculpture and Painting from the Rackham School of Graduate Studies of the University of Michigan in 1968. He taught at University of Michigan and the University of Wisconsin-Oshkosh, and has had his art exhibited at numerous shows. He is a student of cinematography, and has a video (Two Triple Cheese Side Order of Fries) in the Museum of Modern Art's permanent video archive. His book; Art Music and Life was released in 2009 and is a mix of his best work and anecdotal comments and related stories. Commander Cody and his Western Airmen have a new album, “Live from Electric City,” (recorded September 2018) due out in June 2019.

What do you learn about yourself from the music and art, what does the blues mean to you?

The blues is the basic for of rhythm and the basis for the boogie woogie piano style I use Art is music is art to use a cliché – but it’s true.

What experiences in your life make you a GOOD musician and artist?

How do you describe Commander Cody sound and progress, what characterize Frayne’s music and art philosophy?

The sound of Commander Cody the simple un modulated un synthesized sound of piano and bass and guitar with augmentation and filling in with either organ or pedal steel guitar – in my specific case today whichever is available to me if the bidget allows – a lot of times budget constrictions allow for only 4 pieces.

Only that I have lived the life for so long-you get to not trust any people that have money especially the ones in “government”. "Music IS pop art as it reflects the world we exist in-one more reason the blues will never die and the WHO will fade into obscurity- although I love to rock- when you turn commercial pop it drains the soul trust me I know because I tried and regret every moment I strayed from the true and simple path."

What were the reasons that make Ann Arbor at 1960s to be the center of artistic researches and experiments?

Right place right time- marijuana was introduced by myself and others in 1965 and everything started to swing, until cocaine ruined it all in 1975 on…

How do you describe Commander Cody songbook and artwork? Where does your creative drive come from?

Which acquaintances have been the most important experiences? Are there any memories which you’d like to share with us?

I have played with and opened for an incredible array of musicians, superstars and otherwise-hey I ought a write a book.

I only miss the physical ability to rock all night.

Get today’s tech back to when I could have used it.

What are some of the most important lessons you have learned from your paths and experiences in music circuits? 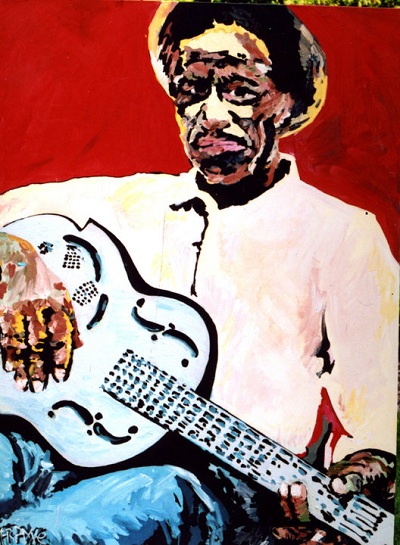 State of mind, the state of art!

"The blues is the basic for of rhythm and the basis for the boogie woogie piano style I use Art is music is art to use a cliché – but it’s true." (Artwork by George Frayne)

What is the impact of music and art counterculture to the racial, political, and socio-cultural implications?

Music is the most powerful communications tool and has influenced history in many ways since the first note was plucked.

From whom have you have learned the most secrets about the music and art? What is the best advice ever gave you?

Worst moment was the first arista album ‘rock and roll again’ where I was forced to use vocals that were done when my voice was at its worse - after 6 months on the road and no rest to recover we HAD TO release that record but a certain time designated by the company and having nothing to do with the condition of the artist - ruined my career for years best moments were playing and being cheered but over 100,000 people at Led Zeppelin. Grateful Dead and Willie Nelson concerts.

What do you miss most nowadays from the psychedelic era? Which memory from the past makes you smile?

Memories of these triumphs keep me going- we played for 100,00 people at the Portland Blues Festival 3 years ago and got a standing ovation – I miss this when we are forced to play at ‘restaurant’ that have no respect for Musicians and treat you like part of the cleanup staff – House of Blues Chicago is an example of how not to treat a band (“here’s your house of blues backstage pass-wear it with pride”)

Leaving my job in the academic world for a future of uncertainty and the adventures generated by that decision.

Completely changed - when I started in music there were actually ‘music stores’! 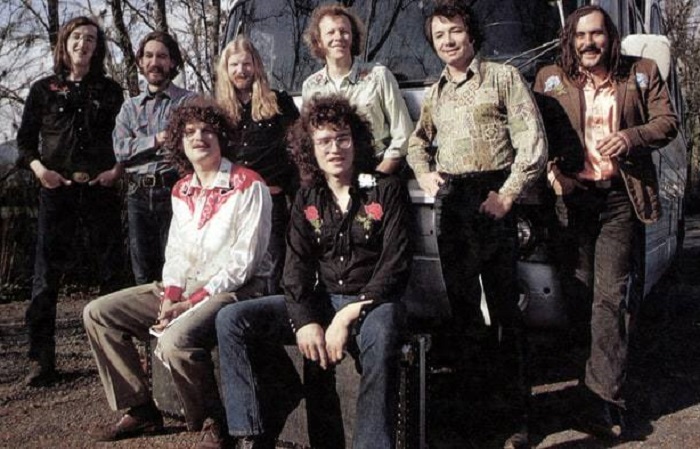 "Music is the most powerful communications tool and has influenced history in many ways since the first note was plucked." (Photo: Commander Cody and His Lost Planet Airmen, Ann Arbor, Michigan)

Why did you think that Commander Cody continues to generate such a devoted following?

I can play good boogie woodie and I have a great backup band always.

The blues keeps it simple!!!

Painting art and music, can these two arts elevate of the spirit and mind?

All art and the making of all art magnifies and illuminates the soul ...makes you feel good too.

How does the music come out of your art? What kind of music you hear when you painting?

I don’t hear music when I paint there is no thought I separate the two and each as a haven from the other.

I look at photographs and the interesting faces of the musicians I paint are inspirational especially the old bluesmen Muddy Waters and Howlin Wolf – whom I have met and paint often.

You had a pretty interesting book “Art, Music and Life”. Where did you get that idea? Make a quick review of your art? I make pop art paintings based on 2D designs derived from photographs.

"I only miss the physical ability to rock all night." (Artwork by George Frayne)

What is your painting and music DREAM? What was the relation between pop art and music?

Music IS pop art as it reflects the world we exist in-one more reason the blues will never die and the WHO will fade into obscurity- although I love to rock- when you turn commercial pop it drains the soul trust me I know because I tried and regret every moment I strayed from the true and simple path.

Which of the musicians were the most “difficult” and which was the most “gifted” on brush and colors?

Easy to paint are artists with great faces - most old blues guys and some rock - John Lennon for instance has an interesting face where Paul McCartney does not – like the difference between painting Marilyn Monroe and Bette Davis – sure one is more ‘attractive’ but not more ‘interesting’.

What advice would you give to aspiring musicians and artists thinking of pursuing a career in the craft?