An Interview with Minneapolis vocalist Sena Ehrhardt: Blues is being able to understand and truly FEEL the feelings of another person.

"Mostly the music comes from my heart and soul- but my brain plays in with songwriting, song structure."

Ehrhardt was born and raised in a house of blues. Through years of playing music in clubs and juke joints, her guitarist father, Ed Ehrhardt, laid the groundwork for a love of blues that eventually lead to the formation of the Sena Ehrhardt Band. Sena has taken those influences and several years of experience to forge her own personal and intelligent take on the blues. 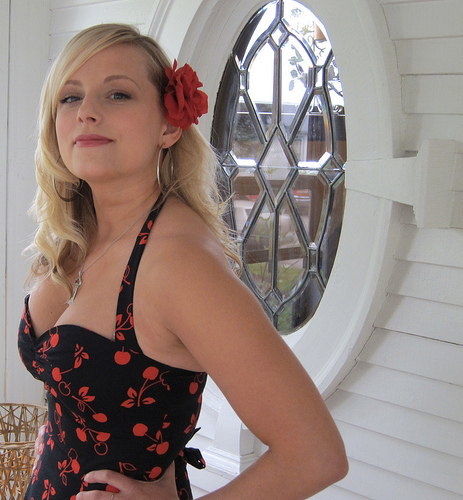 Though her band’s repertoire includes a wide range of blues, soul and funk cover tunes, Sena chose to record ten original compositions that she co-wrote with her father for Leave The Light On. Her songs are fresh and incisive, delivered in a style that moves effortlessly from sultry to declarative to passionately forceful. Her band – Ed Ehrhardt on guitar, bassist Steve Hansen and drummer Tim Hasler – performs flawlessly throughout, matching Sena’s drive and intensity.

Roots music label Blind Pig Records has signed singer Sena Ehrhardt, one of the freshest and most dynamic young voices on the blues scene today. The buzz about the Minneapolis-area vocalist is poised to go nationwide as word is getting out about her incendiary performances at clubs and festivals across the upper Midwest, and people get a chance to hear her brilliant debut recording, Leave The Light On.

Sena, when was your first desire to become involved in the music & what made you fall in love with the blues music?
I grew up in a home filled with blues music.  My dad has been a professional musician and in blues bands as a guitar player for my entire life- so blues was always played in our home.  My mom loved the vocal mother-daughter duo The Judds so I remember listening to them with her and we’d sing along to their songs.  I’ve loved music and blues as long as I can remember. 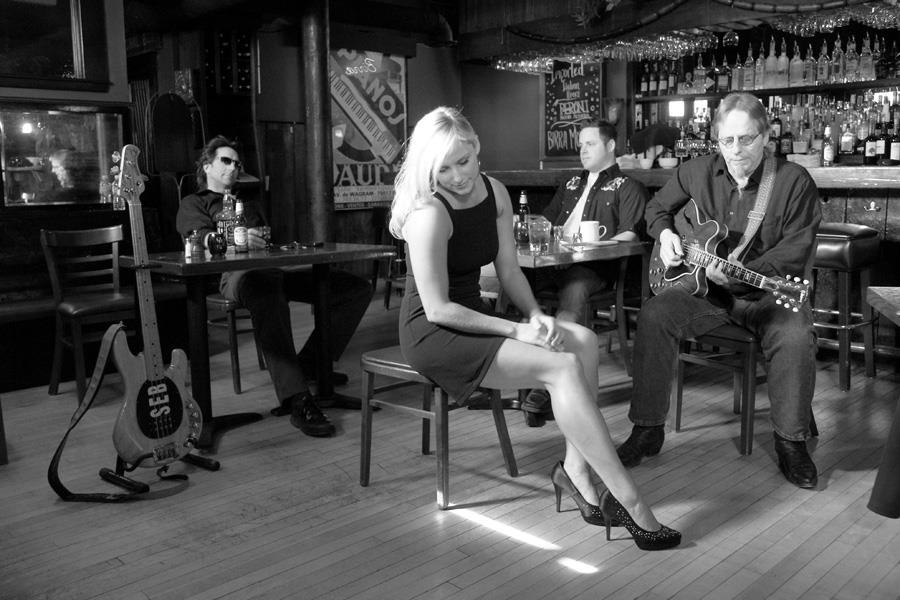 What was the first gig you ever went to & what were the first songs you learned?
As a little kid I remember sitting on the basement stairs watching my dad and his band, the Radio Cats, rehearse for their gigs.  Those were the first “gigs” I remember going to.  I learned what it meant to be in a band by watching them rehearse specific parts of songs over and over, work together to write songs- and genuinely have fun with music.

Which was the best moment of your career and which was the worst?
Every time I get to do this is the best.  I’m so blessed to have this chance.  Last winter I got pretty sick and lost my voice for a period of time- that was difficult because I realized how much of my identity is tied into my voice. 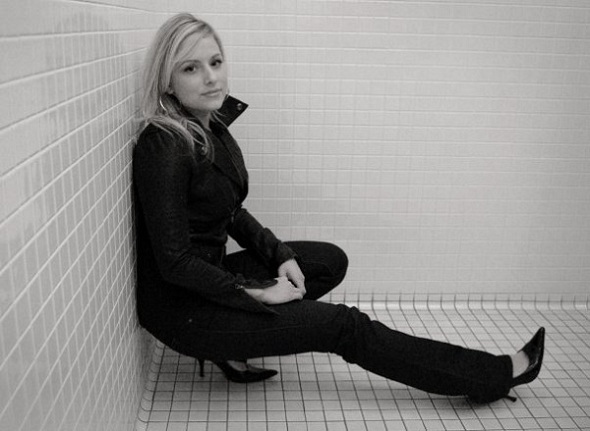 What does the BLUES mean to you & what does MUSIC offered you?
Blues is a feeling.  Blues is being able to understand and truly FEEL the feelings of another person.  It is storytelling and intricate simplicity.

What advice Ed given to you about the blues?
Be thankful.  Have fun.  Remember and be respectful to those who came before us.  (wonderful, simple advice) 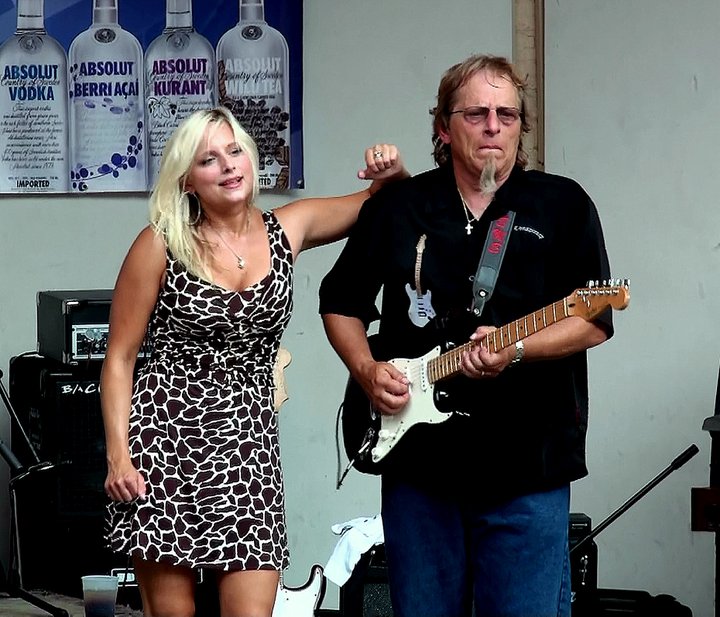 From whom have you have learned the most secrets about blues music?
My dad

What characterizes the sound of Sena Ehrhardt? How do you describe your philosophy about the music?
The varied nature of our influences is what helps to characterize our “sound”.  Between the 4 of us we have a strong love of blues, soul, funk, jazz and rockabilly- so you can feel those different histories creeping out when we play each night.

How/where do you get inspiration for your songs & who were your mentors in songwriting?
My songs come mostly from personal experiences.  My mentors in songwriting are those who can, in a turn of a phrase, impart a feeling or emotion- and whose words linger in my mind long after the song is over.  Robert Cray, T Bone Walker, James Brown, Smokin’ Joe Kubek & Bnois King, Little Charlie Batey & Rick Estrin- they all have that ability. 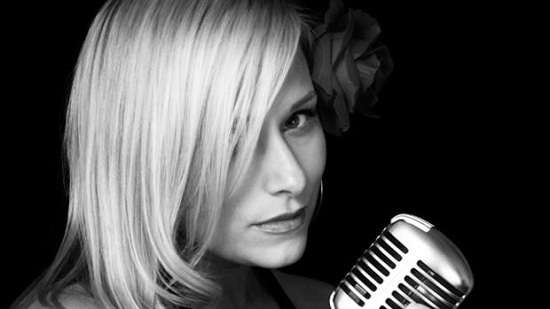 Are there any memories from your own road to the blues, which you’d like to share with us?
In one of his final performances before he passed away, I saw Luther Allison perform at the Minnesota Zoo Amphitheater.  As the sun set behind the stage and the pale blue lights came up on the stage he played the song Cherry Red Wine.  Everyone in the huge crowd was captivated.  Waves of emotion and sound rolled through the outdoor amphitheater as his band held down the groove in just the perfect balance- allowing him to shine-and the story of a love lost unfolded…life changing.

Which of historical blues personalities would you like to meet?
T Bone Walker, Robert Cray, KoKo Taylor

What compliment do you appreciate the most after a gig?
There is reciprocity between my band and the crowd while we play- we feed off of them and take cues from them in the same way we take cues from each other.  It is a beautiful exchange that is different every night. 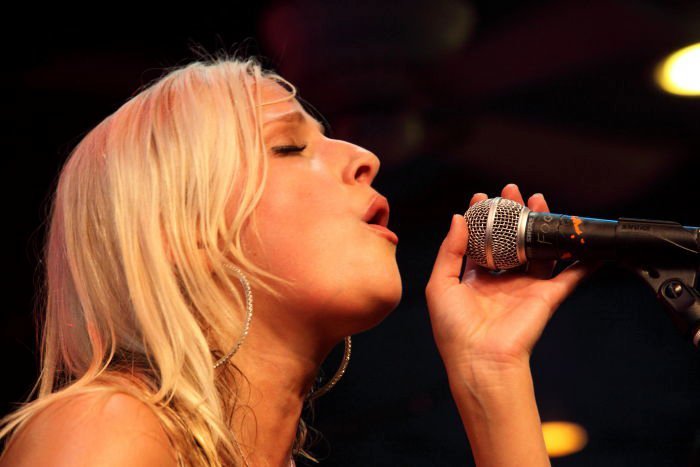