An Interview with Tennessean blues singer/songwriter Terry Garland: Express my feelings with the blues

"Blues is constant and ageless and always being recycled. I wish new artists would be and get deeper."

When Terry Garland sings the blues the listener is drawn into a new dimension of reality. The artist's impassioned songs, rare musical insight and depth make him one of the most innovative and praised blues musicians of the 1990s. Born in Johnson City, Tennessee, Terry's musical roots were pioneered by forefathers of the blues. During his youth he studied the sounds of Robert Johnson, Jimmy Reed, Blind Willie McTell, Howlin' Wolf, and Lightnin' Hopkins who inspired him to follow his calling. "They played the blues on guitar or piano, just themselves. They were the music. Just a voice and an instrument." He spent many years playing guitar in a string of rhythm and blues touring bands. A major turning point in Terry's career occurred when he opened a show for Leon Russell. This was his first solo performance and there was no turning back. Terry knew then that he must continue to "express my feelings with the blues."
After developing a catalog of songs and deciding which songs worked solo, Terry took his "own style" of blues to his audiences. He features country and delta blues covers complemented by spirited originals. A master slide and acoustic guitarist, Terry's meticulous finger-pricing and driving percussive foot-stomping unites with his vocal prowess creating an evocative, engaging transformation. A seasoned entertainer and reputed true-blues troubadour, Terry Garland continues to spread his blues worldwide. Terry smiles when he quotes the words of blues veteran, John Lee Hooker, "It's in me and it's gotta' come out!" Terry's fifth CD, "Whistling in the Dark", released on 2006. This record is Terry's first all-original endeaver. Terry has been in Nashville this month (March 2012) to recording his next CD with full band.

Terry, when was your first desire to become involved in the blues & who were your first idols?
Eight or nine years old. Lightning Hopkins and Jimmy Reed

What was the first gig you ever went to & what were the first songs you learned?
Atlanta Pop Festival 1969 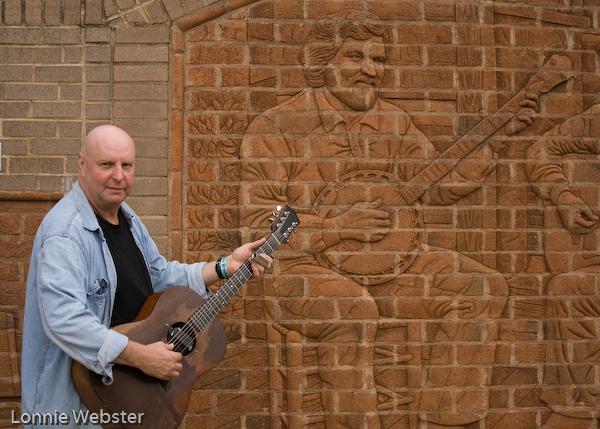 Any of blues standards have any real personal feelings for you & what are some of your favorite?
No personal feelings. Favorites are Sweet Home Chicago by Robert Johnson and anything by Lightning and Jimmy

Do you think that your music comes from the heart, the brain or the soul?
The heart.

What do you think of John Lee Hooker’s quotes, “It’s in me and it’s gotta come out!”?
That’s how I feel.

Would you mind telling me your most vivid memory of The Offenders?
The intensity of the crowds and fans and the controlled frenzy of the band 1980-1984. What does the BLUES mean to you & what does Blues offered you?
I found success and got my first record deal.

What are some of the most memorable gigs and jams you've had?
Belgian Rhythm and Blues Festival (Peer) 2002, concerts in Japan, shows with Johnny Winter at the Birchmere in Washington, DC.

Are there any memories from support act for Leon Russell, which you’d like to share with us?
Leon is not a personable dude. He’s a recluse at the show. 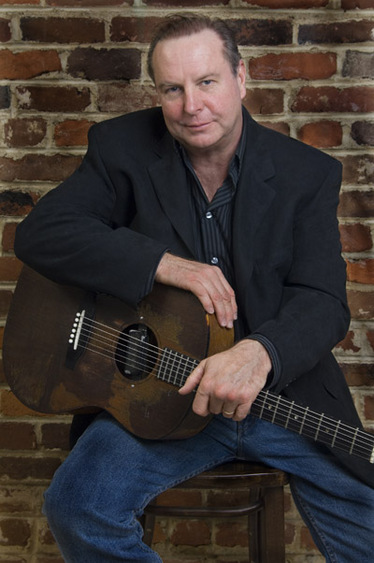 Which of historical blues personalities would you like to meet?
Jimmy Reed and Lightning

From whom have you have learned the most secrets about blues music?
John Hammond told me “you have to be yourself”.

Who are your favorite blues artists, both old and new? What was the last record you bought?
Don’t have any contemporary favorites. I replaced my old vinyl Rolling Stones “Out of Heads” with a CD.

Some music styles can be fads but the blues is always with us.  Why do think that is? Give one wish for the BLUES
Blues is constant and ageless and always being recycled. I wish new artists would be and get deeper.

Do you know why the sound of the slide guitar is connected to the blues?
Mississippi Fred McDowell played with a sawed off beef bone.

What compliment do you appreciate the most after a gig?
That my performance was unique.

What characterize the sound and the music philosophy of Terry Garland?
My personal technique on guitar. To be myself and be all original. 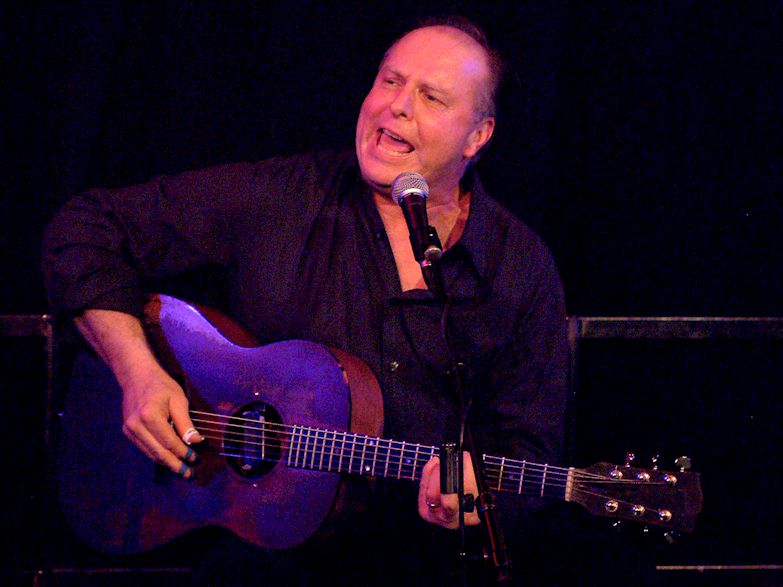 What is your “secret” music DREAM? What turns you on? Happiness is……
To write at least one BIG song or two that is a statement and will become an Oldie, that will never die.
Happiness is a good show, to keep on the radar and keep working.

Do you have any amusing tales to tell from your shows at Bruce Willis’ The Mint & Dynamite Lounge? What kind of guy is Bruce Willies?
My third time with Bruce at The Mint, on opening night he was sweeping the floor with a broom during soundcheck.
He’s a very beautiful person, humble, honest and giving. 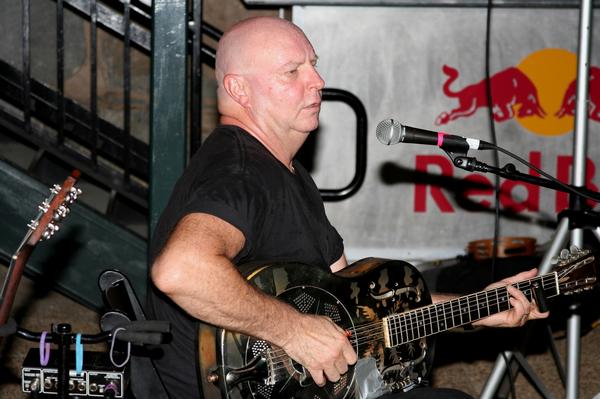