"Blues music has changed over the years - it has to. Blues needs to stay current with the times."

Tom Principato has spent the last 40+ years as a guitarist and singer based in his hometown of Washington, D.C. In the 1970's, Tom was leader of the legendary band Powerhouse, an East Coast phenomenem who released an album "Night Life" to critical acclaim. Tom also did a one year stint with Geoff Muldaur and recorded an album "I Ain't Drunk" (1980) with the band Geoff Muldaur and His Bad Feet members of which included Andy Stein (Asleep At The Wheel),  Mark Kazanoff (Earl King) and Sarah Brown (Lou Ann Barton). Tom, when was your first desire to become involved in the blues?  I first discovered the blues in High School in the mid 1960's. I first really loved Chicago Blues - Muddy waters,  Howlin' Wolf, Elmore James, Little Walter, Sonny Boy Williamson and of course Robert Johnson. I also was thrilled to discover and be able to see perform live B.B. King, Albert King, Freddie King, Otis Rush, & Mike Bloomfield who were some of my earliest influences. Besides the people I mentioned above, I loved Chet Atkins - who first inspired me to want to play guitar, and Les Paul and Charlie Christian

Which artists have you worked with?
I sat in for one or two songs with legends like Muddy waters, John Lee Hooker, Freddie King, Lonnie Mack, Jeff Baxter from Steely Dan and Doobie bros. I've also played with Danny Gatton, Buddy Emmons, Chuck leavell,  Sonmny Landreth and many others....

Is there any similarity between the blues today and the blues of the ‘70s?
Blues music has changed over the years - it has to. Blues needs to stay current with the times.

Which of your work would you consider to be the best?
I am very proud of our latest CD "A Part Of Me"--and the previous Cd "Raising The Roof!" I think those are two of my best CD's 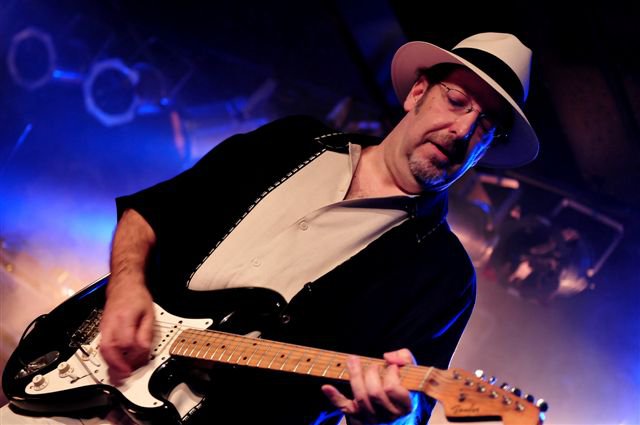 I wonder if you could tell me a few things about the story of “Blazing Telecasters”
There are two CD's and a DVd or Danny Gatton and I playing together. The CD's are form a live night club concert in 1984 - Danny Gatton and I did this concert in a series of sporadic appearances around the Washington, DC area which we called Blazing Telecasters. Hard to believe. I had already known Danny for about 10 years at that point, and he was well on his way to establishing himself as not only a dominant force on the Washington, D.C. guitar and music scene, but along with Roy Buchanan was earning a reputation as pretty much one of the two best guitarists D.C. had seen then or since. Our common ground was the love of classic masters of the guitar like Chet Atkins, Merle Travis, Les Paul, and Charlie Christian. Danny and I had already performed numerous shows together in the Washington area by the time we were booked into Adams Rib for the concert on this disc. One of the highlights of the evening was an incredible rendition of Harlem Nocturne; and wouldn't you know it, as Danny reached a point near the end of that song where! The band had stopped and Danny was playing an incredible guitar soliloquoy;THE TAPE RAN OUT! Only a few seconds were lost, and most of this amazing performance was saved. So here is Blazing Telecasters Vol. 2. A musical and personal milestone for me and a small part of the legacy of one of the greatest guitarists that ever lived, who I had the incredible good fortune to know, learn from, and play and share music with; Danny Gatton. What kind of a guy was Danny Gatton?
A very nice friendly guy.

How would you describe your contact to people when you are on stage?
I want to touch their heart and mover their soul with our music

How was your relationship with other Washington, DC bluesmen like Roy Buchanan?
I did not know Roy - personally, but we did do one show together in 1983

You have traveling all around the world. What are your conclusions?
I love traveling and performing all over the World and feel lucky to be able to do that. I'm glad audiences everywhere seem to be enjoying our music. 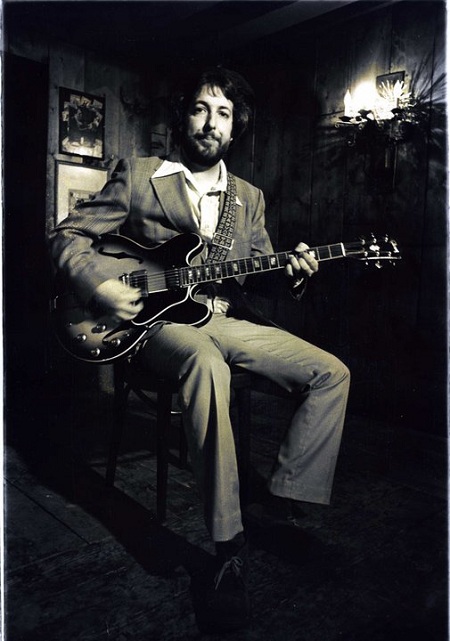 Which things do you prefer to do in your free time?
Cooking and restoring antiques

Which of historical blues personalities would you like to meet?
Robert Johnson and Little Walter

Do you remember the recording hours with Jimmy Thackery?
Not really it's been a long time.

What are some of the memorable gigs you've had?
My shows with Danny Gatton, the Montreux jazz festival last year and Belinzona Switzerland Festival w/Dr. John

What's been their experience of touring in Greece? Do you have a message for the Greek fans?
I love it! Only that I've really enjoyed out gigs in Greece and I hope to return again someday...

Let’s go back even further. What do you like about your very first sessions with Powerhouse?
The energy and George Leh's incredible singing. To which person do you want to send one from your songs?  Are there any songs that you've written where the lyrics are very personal for you?
Carlos Santana - Everything on the "A Part Of Me" CD

“Tip of the Iceberg” I think it’s a great album. Do you have a favorite track? What are some of your favorite blues standards?
"Drivin' South" and "Goodbye For Now"  - Blues Standards: Rock me Baby, Mean Old World, Key To The Highway, Cross Cut saw

Who are some of your favorite blues musician of today?
BB King, Keb Mo, Derek Trucks & Susan Tedeschi, Bonnie Raitt 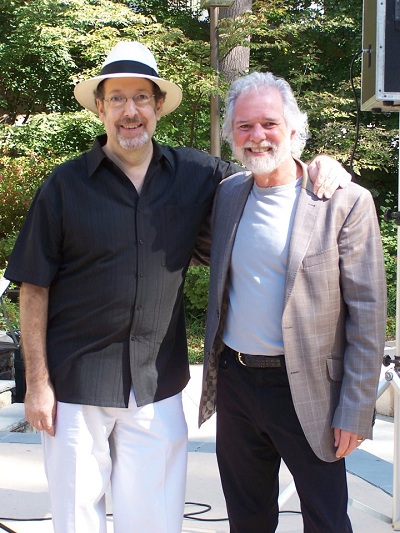 Tell me about your meeting with Chuck Leavell
We met when he was in Sea Level and I was in Geoff Muldaur's Band. We've been friends ever since.

How/where do you get inspiration for your songs?  What musicians/songwriters have influenced you most as a songwriter?

How has the music business changed over the years since you first started in music?
It's much more crowded, completive and difficult to break through now - although the internet has helped a lot.

What do you feel is the key to your success as a musician?
Keeping it real. 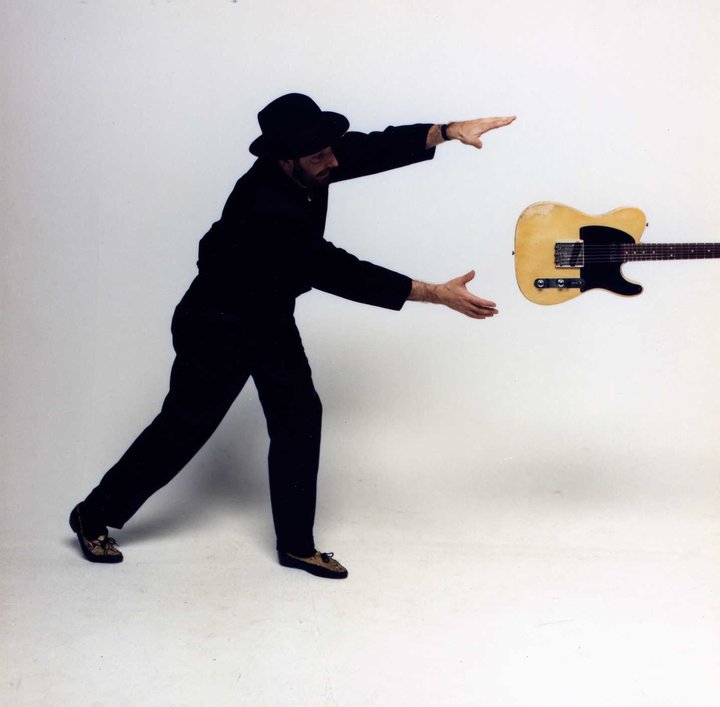