An Interview with the country blues musician Charlie Carr: Blues brings me joy - that’s what it’s for.

"Play all the time - life is short, play the blues even when no one’s there to listen to you."

It must be a crazy world when "authentic" is a term used to separate an artist from the pack. Charlie Parr is a folk and country blues musician who is routinely labeled "authentic" and "the real deal" by fans and critics alike. Charlie shows up with a lived-in rasp of a voice, National resonator and 12-string acoustic guitars, a banjo and a batch of his own songs and well-travelled numbers by Mississippi John Hurt, Charley Patton and other cohorts from another time.

He lays it on you, and you sense that the gamblers, the union workers, the criminals and the sinners that wander around his songs are peering right over your shoulder. Charlie Parr grew up in Minnesota, in a house filled with the music that would inform his style. His late father loved the music found on collections like the field recordings by Alan Lomax released on the Folkways / Smithsonian label and Harry Smith's "Anthology of American Folk Music". The elder Parr's first-hand accounts of growing up during the Depression, riding the freight trains and travelling to places like the Piedmont region (a North Carolina country blues mecca), made the music all the more visceral to Charlie. Over the next decade-plus, Parr continued to hone his style and took up songwriting in earnest. Parr also earned a degree in philosophy and became an outreach worker for the homeless, working for the Salvation Army in Minneapolis. His experiences in social services can be heard in his songs, the way any songwriter is impacted by their life experiences. Parr moved from the Twin Cities to Duluth, Minnesota in 2000. 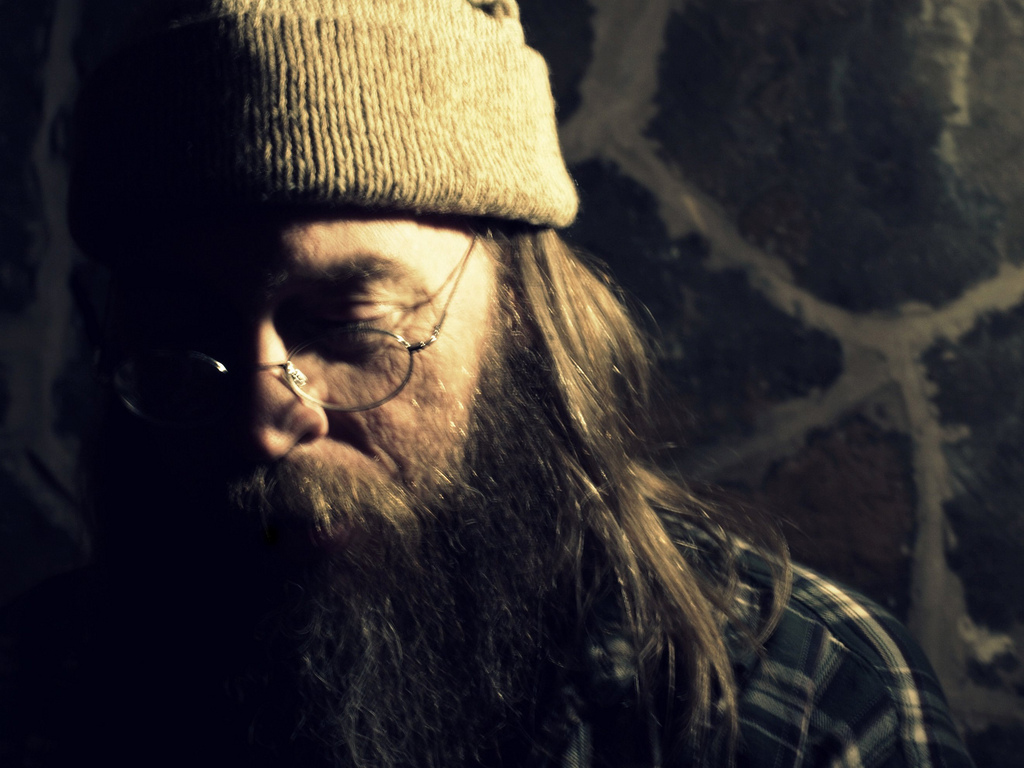 In 2001, he released his debut album "Criminals & Sinners", which was named "Best Local Folk Record" by Duluth's Ripsaw News. His additional releases include "1922" (in 2002), "King Earl" (2004) "Rooster" (2005), "Jubilee" (2007), Roustabout (2008) and KEEP YOUR HANDS ON THE PLOW (2011) . Glowing reviews for each release have cited the obvious influence of pioneers like Mississippi John Hurt and Robert Johnson, as well as more modern artists like John Fahey and Nick Drake.

But what also gets people's attention is Parr's willingness to be himself unbound by the constrictions of traditionalists and undeterred by present-day themes. On top of his workman-like gig schedule, Charlie Parr has played his share of high-profile and far flung stages. He appeared on NPR's "A Prairie Home Companion," handpicked from the vibrant Duluth music scene when the show visited in 2004.

In 2001, Parr performed with folk music icon Greg Brown at a fundraiser to restore a family farm barn roof, resulting in the live album "Down in the Valley". Brown has become a fan and supporter (comparing Parr to Dave Van Ronk), and has invited him on stage at the Big Top Chautauqua and dropped in to play at a Parr performance at a Duluth tavern. Charlie has made trips to the British Isles, performing in England and Ireland to enthusiastic crowds. From folk-blues purists to goth-rock fans to 21st Century deadheads, Parr has been welcomed into their worlds. With famous fans like Greg Brown, noted eccentric and illustrator Robert Crumb and fellow Duluthian Alan Sparhawk of Low, Parr has received some well-credentialed endorsements.

When you hear all of these people from all of these outlooks describe Charlie Parr, one thing is evident. Their admiration for his music is, indeed, authentic. As of May 2008, the song "1922" has been featured in an Australian and New Zealand Vodafone television advertisement. In 2009, Parr toured Australia with Paul Kelly.

Charlie, when was your first desire to become involved in the blues & who were your first idols?

I’ve been listening to this type of music and wanting to play it since I was a little boy listening to my Dad’s record collection. My first favorites were Lightnin’ Hopkins and Mance Lipscomb. 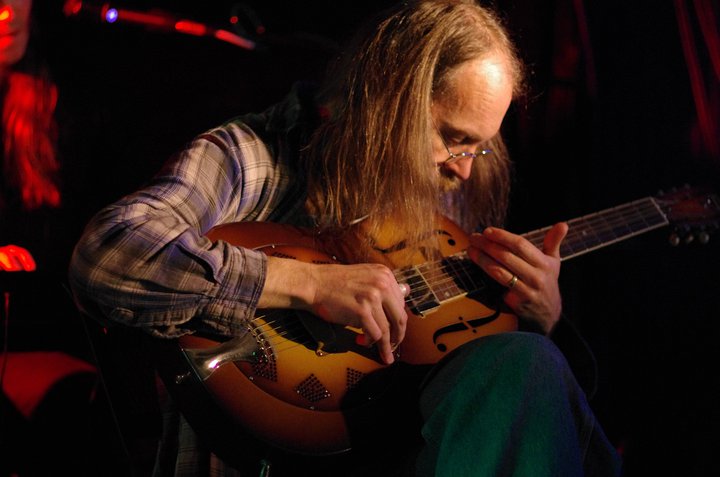 What are some of the most memorable gigs you've had? What were the first songs you learned?

I’ve been lucky to have had a lot of memorable gigs, but the first time I ever played in Ireland, and playing shows with Greg Brown, Spider John Koerner and also Low spring to mind. First songs included “Ella Speed”, “Buddy Brown’s Blues”, “Katie Mae” and “Kindhearted Woman”.

What characterize the sound of Charlie Parr?

Since I’m self-taught I have a kind of goofy fingerpicking style. Also I favor National resonator guitars and they definitely have a distinct sound.

I’ve really enjoyed every moment of being able to do this – my personal highs have been getting to play with Spider John and seeing him play a lot and I suppose the worst times have been dealing with nerve damage in my picking hand. 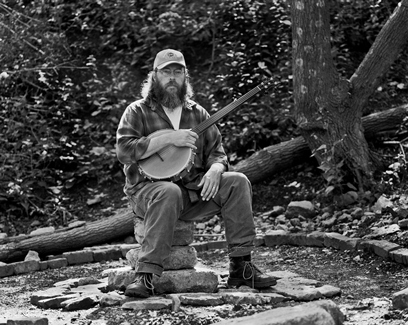 What does the BLUES mean to you, what does Blues offered you & why do you play the blues?

It’s the type of music that moves me the most. It’s honest, and raw, and sometimes hard but it really makes me feel something. Blues brings me joy – that’s what it’s for.

I don’t think I am a good musician, but for what it’s worth, practice has brought me this far.

What mistake of music you want to correct? Give one wish for the BLUES

I make too many mistakes of my own to presume to correct any other mistakes. My wish is for music to always be honest.

What were your favorite guitars back then? Where did you pick up your slide style?

My favorites include Charley Patton, Lemon Jefferson, Willie Johnson. My slide style is self-taught and needs a lot of work!

Where did you pick up your guitar style & what were the first songs you learned?

Listening to records by Mance Lipscomb and watching Dave Ray and Spider John Koerner gave me my first inspiration to play. 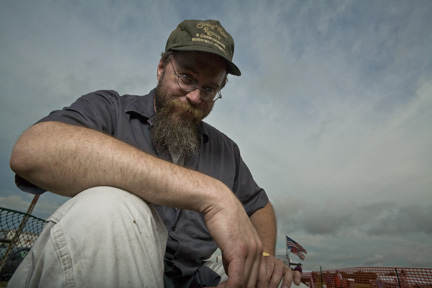 I think it’s got to do with a perfect combination of volume and tone – makes the guitar sound like it’s weeping, loudly.

It’s an instrument that always sounds sharp without being harsh, has a variety of tonal variations available simply by moving yr right hand, inspires confidence, and can take a bullet if need be.

Paul was great to me – he taught me how to play “The Streets of Forbes” which is about the bushranger Ben Hall.

Any comments about your experiences in Australia?

I loved Australia, it’s an amazing place and I met a great mob of kind people and wished I could’ve stayed there.

I don’t know where songs come from, they show up and I try and do them justice, my mentors have been Greg  Brown, Robert Pete Williams and Woody Guthrie.

I’m pretty sure the songs I write won’t be remembered long, but if they move someone, then that’s all I could ever ask for. 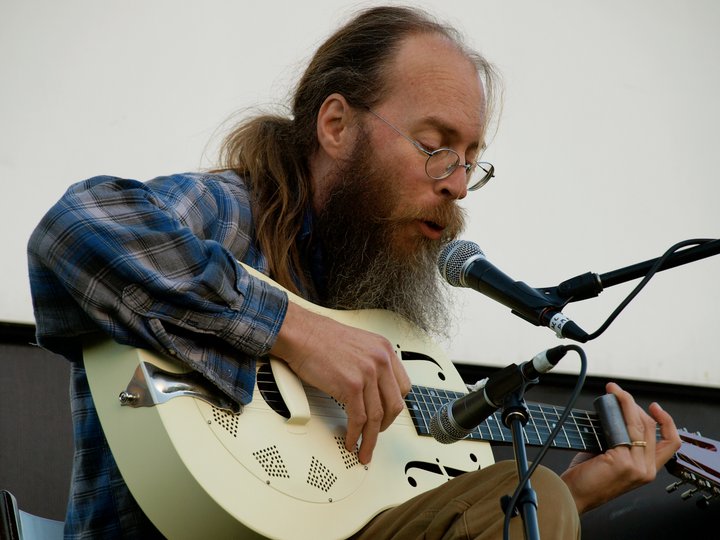 Recording is usually pretty fast with me, the last record took 4 hours, but one of those was spent eating lunch.

Do you think the younger generations are interested for the folk blues?

I hope so. I think this music will always have an audience.

Hopefully the last thing I did is my best. It’s hard for me to judge.

No one’s told me any secrets yet … I think you may have to figure them out for yourself.

It’s honest music – it moves folks in a deep way. 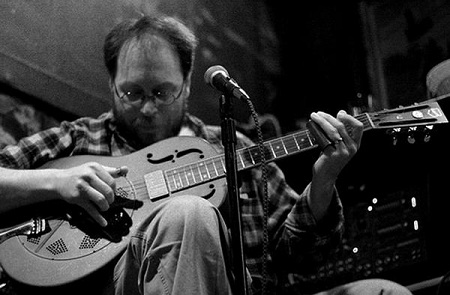 The last record I bought was an old lp of Robert Pete Williams.

Play all the time – life is short, play the blues even when no one’s there to listen to you.

Keep playing as long as I can – I hope I can visit Greece someday.

What would you ask Bukka White? What gift would you had given to Charley Patton?

I’d ask Bukka White to go fishing with me. I’d give Charley Patton a bottle of Templeton Rye Whisky

How you would spend a day with Rev Gary Davis & Dave Van Ronk?

Staring at them while they played…

Is there any similarity between the blues today and the “BLUES OF THE OLD DAYS ”?

Charlie Parr - One Man One Guitar 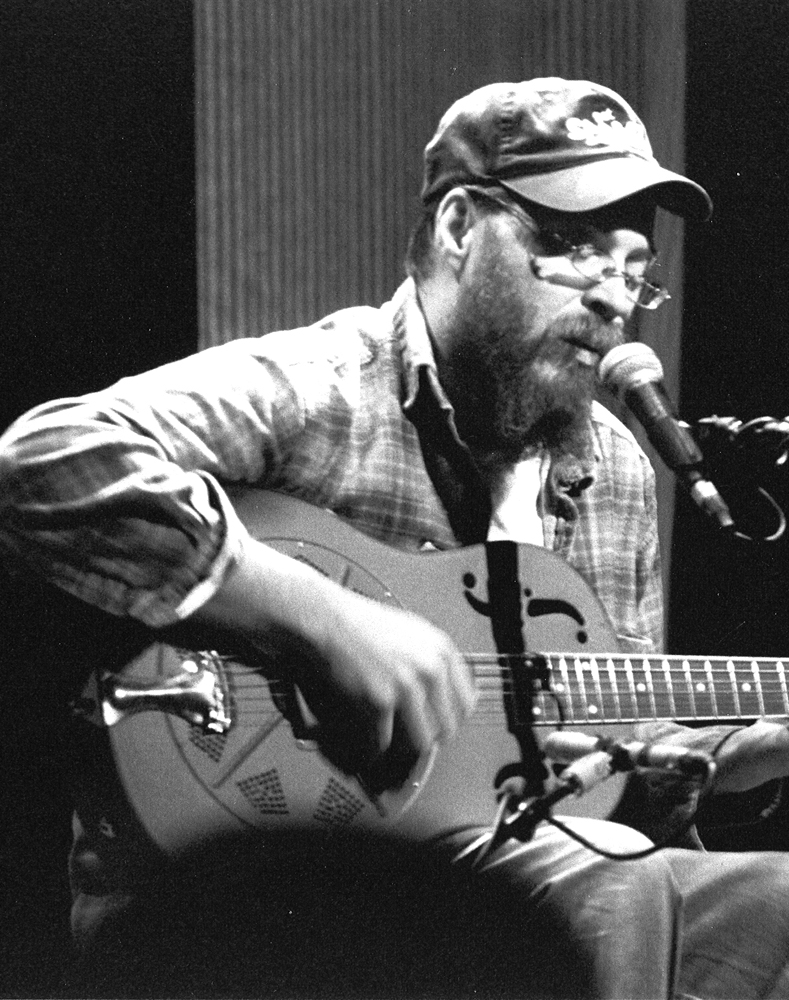