An Interview with Minneapolis band of Lone Crows: An unique brand of catastrophic Rock to the Blues feeling

"Blues is about a feeling and that feeling is something everyone who's ever lived has had."

Blues on the "City of Lakes" sky

Starting out as a middle school jam project, Joe Goff and Andy Battcher have been playing together since first picking up their instruments. With the addition of good friend and skyrocketing guitarist Julian Manzara, the band was originally formed. Starting out playing thrash and progressive Metal, the group got to work writing and recording basement demos and looking for a lead vocalist capable of fronting the formidable wall of sound they were building. Tim Barbeau joined on as singer and guitarist in 2009 and the band took on the name "Heart of Bristol." 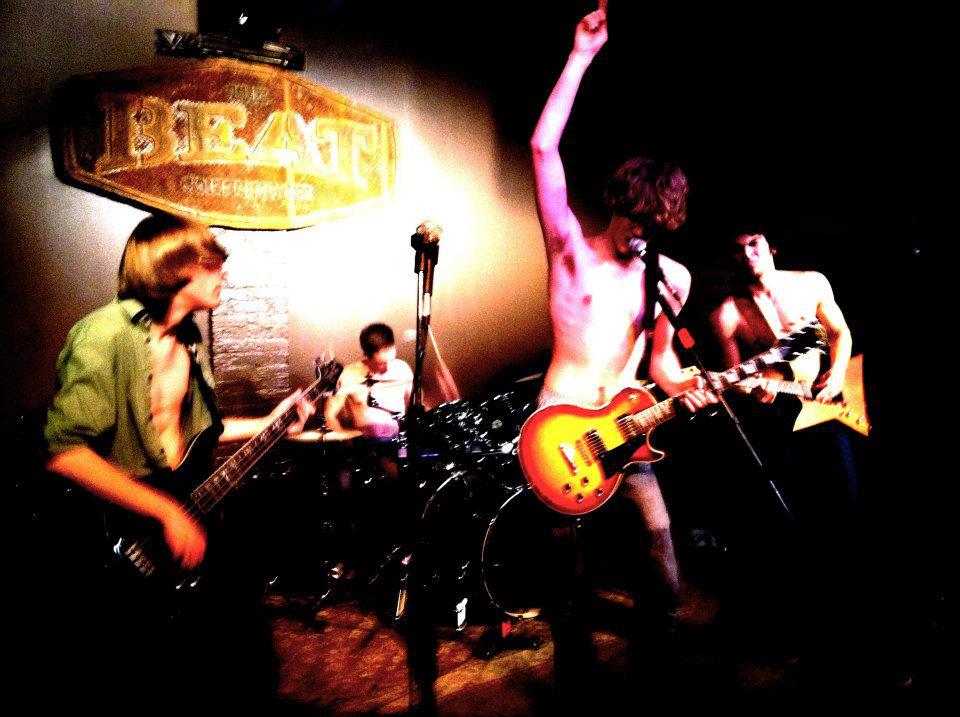 The Band got to work playing shows around the Twin Cities, gaining a fan base and developing their skills at live performance, and experimenting with new styles of music. In late 2011, as Tim was attending the Sound Arts Program at Minneapolis Community and Technical College, the unique opportunity arose to record in the MCTC Sound Lab Studios in downtown Minneapolis. Realizing that their musical direction was starting to head into uncharted territory, the band assumed the name "The Lone Crows" to better describe the new heavily nuanced Blues Rock sound that they had developed. The Lone Crows set about to record and produce their first LP starting in March of 2012, and 3 months later released their self-titled, self-produced debut Album on May 23rd. Receiving rave reviews from independent blogs and publications across the world, The Lone Crows have since been hard at work promoting their unique brand of Catastrophic Rock to the unsuspecting masses. Joe, Tim and Julian talks about the band, Minneapolis scene, and the Blues.

What do you learn about yourself from the music and what does the blues mean to you?

Julian- I love the Blues because there’s no BS involved. To me its pure honesty and expression. The Blues taught me to play from the heart.

Tim- When I was about 13 and just learning to play the guitar; I went through what I call "The Zeppelin Phase," wherein at some point every kid thinks Led Zeppelin is THE SHIT. I had begged, borrowed, or stole every album I could find, but after there was no more Zeppelin to listen to I ended up getting into what Zeppelin themselves listened to, guys like Howlin' Wolf, Sonny Boy Williamson, Muddy Waters, etc. and it was a total game changer. Ever since then I've never been able to get the Blues out of me.

Joe- I began to listen to blues in 4th grade, I would bring a portable tape player to school and listen to SRV all day! I began to play blues in Andy's garage during 6th and 7th grade.

Julian- My first idols of blues were Albert King and Stevie Ray Vaughan. When I heard them, my playing changed forever.

Julian- My first gig was with Joe and Andy probably around age 12 or thirteen. We played a bar names McMahon’s Pub. It was fun but the first gig makes you nervous.

Tim- There's a really fucked up story about this actually, because Joe, Julian, and Andy played their first gig ever together at McMahon's. The place burned down in a freak accident sometime afterward, we've heard it was some kind of tragedy. I played my first show when I was 16 in 2008 with my band at the time at some random Church in Minneapolis. The same Church was randomly struck by lightning and burned down last summer. So far the pattern hasn't repeated itself again, but we really hope we're not cursed.

Tim- Well I'll never be the first to call myself a 'good' anything, I figure that's up to other people to decide for themselves. But if I have to answer the question then it pretty much always has to do with listening. Listening to everything, and going to a lot of shows. I've seen B.B. King, The Black Keys, Wynton Marsalis, Buddy Guy, Megadeth, Acid Mothers Temple, and tons more shows that have all been life changing experiences for me.

Joe- I think that starting out playing blues gave me a feel for restraint and dynamics while playing in a metal band gave me the energy. Putting those two together makes for good blues rock.

Tim- I mostly get inspiration for songs from life. Living it and what not, you know? When I write something I'm trying to get at a feeling I'm having that can't be adequately described by just words, so my idea is to paint a picture in the listener's mind and animate it with rhythm. You want to take people on a journey so that they come to feel the feeling you have. It's communication in its barest form. Seeing music performed requires far less suspension of disbelief than most kinds of art because when you see a band perform live, it's the easiest thing in the world to tell whether or not they believe in what they're saying. 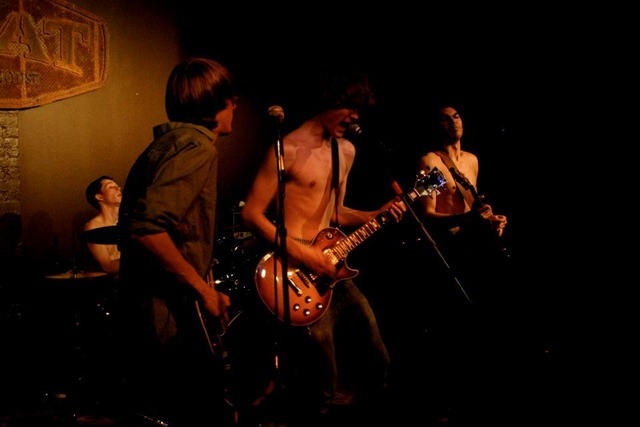 How do you describe your sound and what characterize Lone Crows music philosophy?

Tim- Well we started out playing as a Progressive Thrash Metal band for a couple of years. Over time we just ended up finding ourselves going in this totally different direction making more Blues Rock based music, but I think our music philosophy now is more about being true to all of our influences. On any given day we're all just as likely to listen to Jazz as we are to Heavy Metal, so why take one over the other? The Blues is kind of the stomping grounds for all of it, you can go in any direction you want from there.

Julian- I believe music is a language of feelings. It gets the point across with no miscommunications or confusions.

Tell me about the beginning of Lone Crows. How did you choose the name and where did it start?

Tim- I was chillin' out back behind the coffee shop I work at in November last year and saw something like 200 crows all kind of flying in a northwardly direction at one time. I know crows actually don't migrate south for the winter, but come on, why go where it's colder? After this huge flock went by I saw a single crow flying south and I was struck by this feeling of solidarity with him, like "Yeah, you do your own thing Crow, Fuck those other crows!" and I thought it'd be a great idea for a song. The more I thought about it, that's pretty much what we're about.

Julian- Carlos Santana and Jeff Beck have all the secrets. I’ve learned a few, but they keep em pretty well hidden.

Tim- From a DARK WIZARD! No but seriously, most of what I know about music has come from my teachers, my friends, and everyone who I have ever jammed with. I have to give special thanks to my Dad for setting me on this path by giving me my first guitar at the age of 12, teaching me my first couple chords, and always having wisdom I can learn from. Nothing in my life would be the same if it wasn't for him. 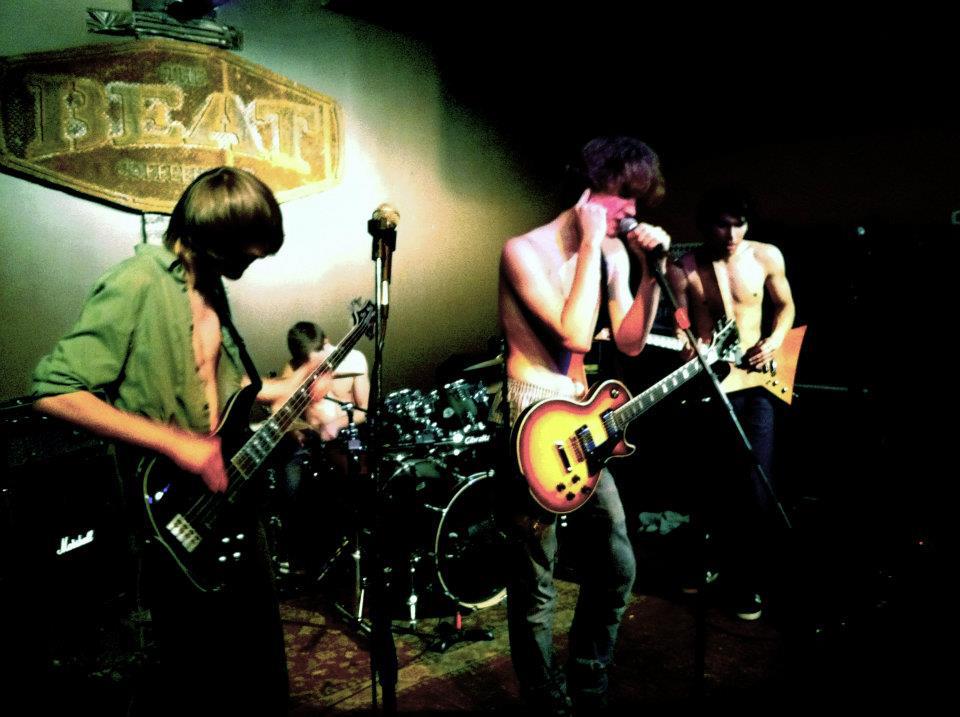 Why did you think that the music of past continues to generate such a devoted following?

Tim- I think it's the same reason any music has a devoted following, which is because it resonates with people. You hear a lot of people say "Oh music was so much better in the 60s/70s/80s/90s" but truth is there were just as many terrible sappy bands and trends then as there are now. The difference is that trends resonate with people until the next trend comes along, Music that's timeless will resonate with people forever.

Julian- That music also wasn’t just made for the dollar sign. It has real substance.

Joe- One day in the studio Julian, Andy and I were all messing around on a jam while Tim was tweaking the levels. Turns out, Tim was recording us the whole time. When we listened back to the Jam a few days later we decided it was pretty bad ass and put it on the record. It's song # 6 called The Ghost for the mysterious squealing noise that’s subtle but there throughout the song. Listen for it!!

Julian- The blues speaks to something at the root of humanity. There will always be pain and joy in life and the Blues is both. I hope people continue to enjoy Blues and I hope they don’t forget where their music came from.

Tim- Blues is about a feeling and that feeling is something everyone who's ever lived has had. 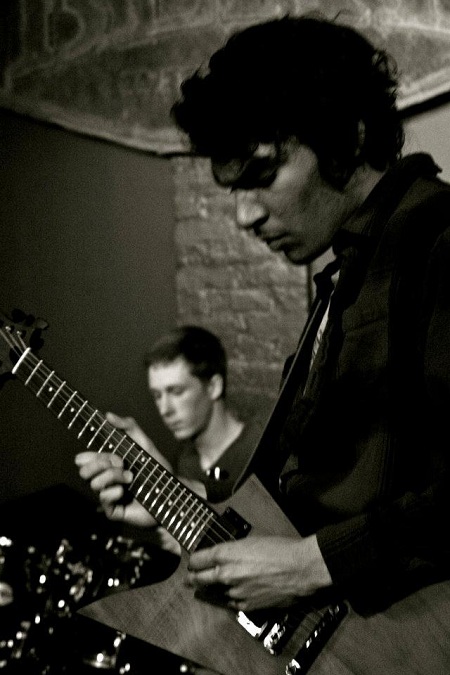 Joe- When I am playing on stage I am usually really focused on playing and I zone into my little blues world. I think from there the music carries my thoughts and emotions to the audience who then give their vibes back to me and the cycle continues and builds on itself to create a hell of a night for everyone!

Julian- I feel the connection and flow of energy from the Crows to the crowd and back. It’s a continuous cycle.

Make an account for current realities of the case of Minneapolis music scene.

Tim- Minneapolis is one of the greatest cities in the country to go and see live music, and as a result it's one of the most competitive places to be making music. The two biggest players in the scene are the Rhymesayers/Hip-hop oriented crowd and the more indie rock/folk hipster crowd. I love the Rap-fam folks because they seem to really get that the music community is one-for-all and all-for one, no one gets anywhere if you don't help out your homies. I get more of a clique-y sense from the Indie scene like some folks are jealously guarding buried treasure or are afraid that if they lift up their fellow musicians then they'll be left with the short straw. Maybe it's just a "grass is always greener" thing, but I wonder why we're seeing a lot more big names in Rap coming out of Minneapolis than from the indie scene these days? Either way, we're just out here trying to make a name for ourselves and making great friends along the way. I've heard some of the most inspiring music in my life while walking down the streets of Minneapolis!

Julian- I want us to have some major tours and giant gigs. That’s my dream right now.

Tim- I want to play music anywhere in the world any day, any time, and meet people and give people the same gift through my music that music has given to me; Redemption, Inspiration, Truth, and Peace and Love. I want to inspire someone to pick up a guitar and play like their life depends on it. 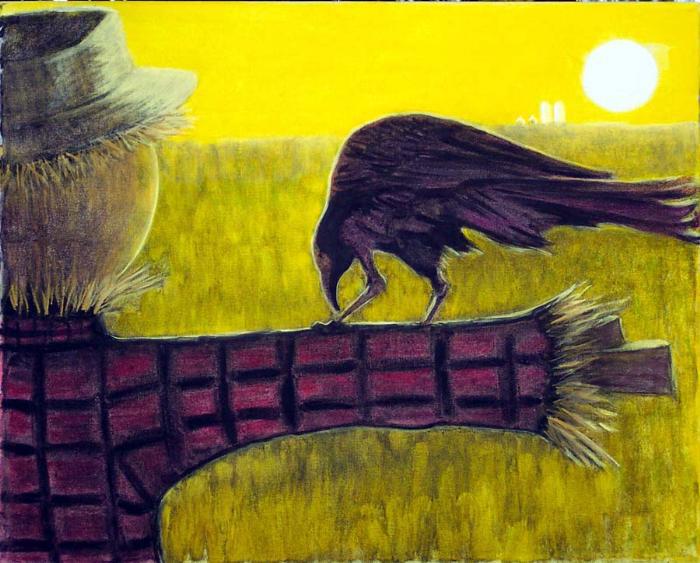