"We wouldn't have Rock 'n' Roll, Heavy Rock, Metal or many other similar genres of music if it wasn't for the Blues."

Australian Robert “Bob” Daisley is a legendary bassist and songwriter who has performed in genres from Rock and Roll to the Blues. He has performed with numerous acts since the 1970s, most notably Rainbow, Ozzy Osbourne, and Uriah Heep. Daisley came to international notice as a bass player and member of the English blues band Chicken Shack in 1972, before going on to play with Mungo Jerry. In 1977 he joined Ritchie Blackmore's Rainbow and he remained with Rainbow until 1979. Daisley was bassist and lyricist for Ozzy Osbourne on his most successful solo releases of the 1980’s. 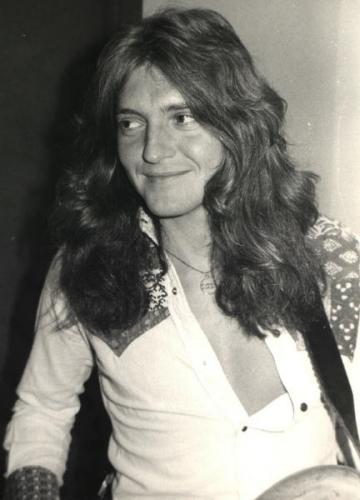 After a lawsuit brought by Daisley for unpaid royalties, his bass tracks were removed from later remasters of Blizzard of Ozz and Diary of a Madman albums in 2002. In 1983 however, he went back to working with Osbourne, with whom he would continue to write and record throughout the 1980s and into the ’90s. Daisley maintained his working relationship with Osbourne up until 1991.

During his on-again, off-again relationship with Osbourne, Daisley also recorded many albums with Gary Moore and toured extensively with him until Gary's death. In 1987 he was approached by producer Jeff Glixman to play on the Black Sabbath album The Eternal Idol. Since the beginning of the ’90s, Daisley has contributed to a wealth of recordings as bassist, lyricist and producer, including albums by Yngwie Malmsteen, Takara, Bill Ward and Jeff Watson. Shortly after, Daisley and Watson teamed up once again and formed Mother’s Army along with Joe Lynn Turner and Carmine Appice. In 2003, following his second and unsuccessful suit against Ozzy, he teamed up with Lee Kerslake, Steve Morse and Australian rock singer Jimmy Barnes to record an album under the name Living Loud. On 7 February 2003 Daisley recorded a live show at The Basement in Sydney with Australian blues band The Hoochie Coochie Men. Also featured were Jon Lord. In 2007 The Hoochie Coochie Men released the studio album ‘Danger: White Men Dancing’ also featuring Jon Lord. Daisley's autobiography entitled For Facts Sake was published in August 2013.

How do you describe Bob Daisley sound and progress, what characterize your music philosophy?

My sound is always characterised by a hard-driven valve (tube) amp, I don't like 'DI' (direct input). My music philosophy is 'be true to yourself', don't follow trends and fads, they go out of style. Blues and roots music doesn't date; it's a good basis for influences and to learn from.

Probably the most 'interesting' period would be when I left home and went to London alone; from there my career really began to take off. One of the best moments of my career was having the 'Blizzard' and 'Diary' albums first recognised as two of the greatest rock albums ever recorded, that continues to this day. A 'worst' moment would be seeing the 'Diary of a Madman' album for the first time, with all my hard work and creativity credited to someone else.

"My music philosophy is 'be true to yourself', don't follow trends and fads, they go out of style. Blues and roots music doesn't date; it's a good basis for influences and to learn from." (Photo: Bob with Kahvas Jute, 1970)

Probably Kahvas Jute, in those days bands used to jam on stage during their set, within the structure of the songs that they played, it was quite 'free' back then. Another memorable 'jam' was with Steve Vai and Tony Williams when we were recording for the 'In From the Storm' tribute album. There are too many memorable ones to mention them all, but I also have fond memories of jamming with Chicken Shack, Bad Company, Widowmaker, The Blizzard of Ozz etc., etc. Memorable gigs would be the 1983 'US Festival' in San Bernadino and 'Rock in Rio' in 1985, both the size of the legendary 'Woodstock'.

Meeting Clive Coulson, Stan Webb in a pub, Ritchie Blackmore, Ozzy Osbourne, and Randy Rhoads. One instance of 'good advice' was when I was advised to join Rainbow when I was considering passing the offer up (stories included in my book 'For Facts Sake').

Are there any memories from Chicken Shack and Gary Moore which you’d like to share with us?

There are many, about every band and artist that I've worked with, but I won't relay them here, I've written about them all in my book 'For Facts Sake' which is available at my official site. 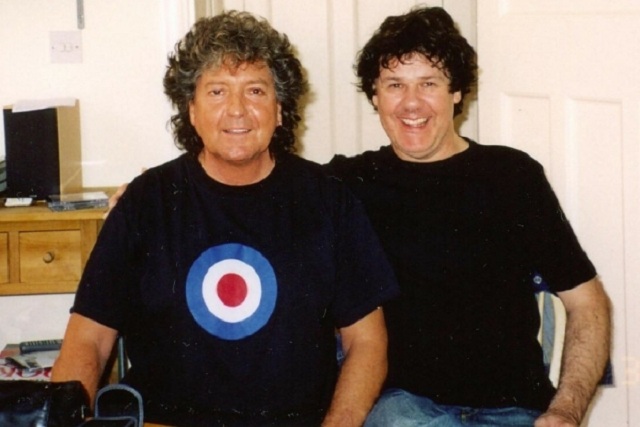 "Rock is Blues-influenced, and anything that's to do with the Blues doesn't date, it doesn't get old. It's real, honest and not a 'trend' or fad." (Photo: Bob and Gary Moore)

I miss the many people from my past who are no longer with us, and I miss being young with them, but nobody stays young forever. As for music, the industry has changed a lot, and not for the better. It's not a good sign that the biggest record chain, 'Tower Records', is no longer in existence.

Why did you think that the Blues and Rock culture continues to generate such a devoted following?

Rock is Blues-influenced, and anything that's to do with the Blues doesn't date, it doesn't get old. It's real, honest and not a 'trend' or fad.

Which memory from B.B. King and Albert Collins makes you smile? What does the blues mean to you?

Nothing about either of them makes me smile, except for maybe B.B. King being called B.B. Ken. As for the Blues, it's the roots of popular music to this day. We wouldn't have Rock 'n' Roll, Heavy Rock, Metal or many other similar genres of music if it wasn't for the Blues.

"One instance of 'good advice' was when I was advised to join Rainbow when I was considering passing the offer up" Photo: Ritchie Blackmore, Bob Daisley, Ronnie James Dio, Dave Stone, & Cozy Powell, 1978

What are the lines that connect the legacy of Blues with Rock and continue to Metal and beyond?

Rock was generated directly from the Blues, but it began before the mid '50s. Alan Freed is credited with coining the term 'Rock 'n' Roll', but black artists had been using that term for their music and in their song lyrics since the '40s. People such as Elvis Presley and his cohorts were big fans of the Blues and did 'white' versions of Blues and Rhythm and Blues songs and called it Rock 'n' Roll. The first 'heavy' progressive rock bands such as The Yardbirds, Cream, Led Zeppelin and The Jimi Hendrix Experience, among others, were all directly influenced by Blues music. Eventually that developed into something heavier and, in some cases, more frantic with Thrash and Death Metal, but the roots come from the same ground.

Make an account of the case of Rock in Australia late 60s. How has the music circuits changed over the years?

In the '50s, '60s and through to the '80s the music scene here was much healthier, now it's not very 'alive', but Australia has never been 'a culture capital', it's a good place to leave if you want to get anywhere.

I'd probably go back to when The Beatles, the original Rolling Stones, Led Zeppelin, Cream, The Faces, and Jimi Hendrix were still around. They were magical times, I didn't get to see Jimi or Cream and I'd love to.