An Interview with Dave Wilkinson and Caspar St. Charles from Indie-Blues-Rock duo of King Pug

"Blues was always about self expression and storytelling through music and I believe all music does that to some degree, so all music has the Blues in it."

Indie-Blues-Rock duo King Pug was a project started by hyperactive English guitarist, singer, producer and songwriter Dave Wilkinson as an outlet for a back catalogue of songs that didn't seem fit with his other various musical incarnations. Heavily based in the blues with driving rhythms provided by fellow English-born country man Caspar St. Charles, King Pug could be compared to The Black Keys and The White Stripes due to their duo format... if you were lazy! But with a British touch notable in Wilkinson's voice and writing, and a long, varied career as session musicians, the duo certainly add their own flavour to the mix, enough to carve them their own niche in the “power duo” scene. 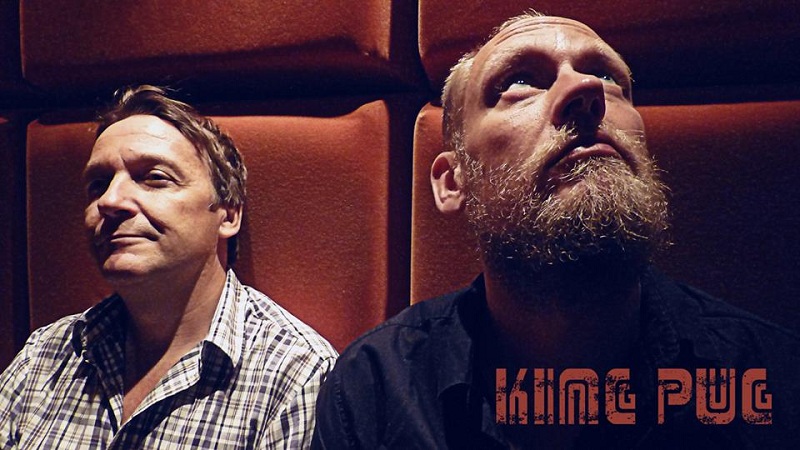 Their debut E.P. “Borneo Mint Shave” was written, produced, mixed and mastered by Wilkinson in his own “D.I.Y.” studio and within one week of it's release on Bandcamp they were signed to Black and Tan Records in The Netherlands. Live shows are being organised as we speak. Blues/Rock power duo strike again just two months after their debut with "Water Pressure" - a three track E.P. (Black & Tan) recorded and produced by front man Dave Wilkinson. Dave Wilkinson was born and raised in the UK and moved to Barcelona, Spain. Dave and Caspar are known as extremely versatile musicians, playing in many different styles spanning Blues, Jazz, Soul, Rock and Pop and has released records worldwide with bands such as Hammond organ trio Shu Shu, funk/rock quartet Phat Fred and jazz trio Fast3. Dave talents as a guitar sideman and Caspar as drummer have been called upon by legends in the world of Blues, Soul and Jazz such as Brian Jackson, George Braith, Charlie Wood, Alvin Youngblood Hart, Hook Herrera and Geoff Young.

How do you describe your sound and progress? What characterize King Pug’s philosophy?

Dave: My sound is constantly changing the more new music I discover, but we can say it is loosely based in Blues, Rock and Jazz. King Pug's philosophy to create Rock music you can dance to, Blues music that won't give you the blues.

Caspar: My sound is a direct result from his love of the grooves in jazz, blues, soul and funk music. He considers himself as "work in progress". I would say King Pug's philosophy to be as straight forward as a pug's face. In other words, no bullshit, just two guys tearing it up on stage for real. Dave: I like to think my life has been interesting since day one. Even hard times are interesting and are usually the ones that inspire the best songs. Best show is very hard to pin down, big festivals like Montreux Jazz Festival, Delhi Jazz Festival, Blue Balls in Switzerland… obviously they are great. But sometimes the small, intimate ones can really stick with you. I have had a great time playing house concerts. Worst moment… being ill and not being able to make a show. Nothing worse than that.

Caspar: I have yet to live the most interesting part of my life! Hmm, I don't really conceive of best or worst moments. As a learning tool, I find you learn from both. They both add up to the present, which takes us back to "work in progress".

Dave: So much music has Blues to thank for its development/history... it almost all comes from the Blues, and everyone likes to rock out. We all have a hidden rocker inside us.

Caspar: I'm glad to hear that it still does!

Dave: I don't like jam sessions per se. Every show I do has an element of jamming, even if I'm playing a solo gig. Nothing is fixed in stone. In King Pug we have songs but we jam around with them too.

Caspar: A memorable jam was one I participated in with Jackson Browne in an after show bash. Wow, that's a hard one! I've had a few; I can assure you...the most recent would be easier to answer! Let's say playing this years Montreux Jazz Festival with Brian Jackson, Marc Adams and Joseph Bowie. "I would say King Pug's philosophy to be as straight forward as a pug's face. In other words, no bullshit, just two guys tearing it up on stage for real."

Dave: Meeting with Jan Mittendorp from Black and Tan records was a high point. Also meeting Caspar when I moved to Barcelona. Best advice I was given was to start singing. Worst advice was to forget about a career in music.

Caspar: When I was 5/6, my family had a very special guest for summer...Taj Mahal! I still remember how this huge man would lift me up and make me feel like a skyscraper! The best and hardest: Keep it simple!

Dave: I do all my own recording and producing so I don't remember any specific stories as I usually have my head full with trying to be producer and musician at the same time. I really love recording though and it is as much part of making music as writing and playing live. Sometimes I'll disappear in the studio for days and forget to eat.

Caspar: I have recorded a lot of different stuff over the years, but, I have to say that recording with my buddy Dave, always has happy endings! We seem to go into trance when the rec button is on! It's very spontaneous and easy... just the way I like it!

From UK to Barcelona, from the musical point of view what are the differences between the European local scenes?

Dave: I seem to have much more work and my music is appreciated much more outside of Spain. I love living in Barcelona but all my efforts go towards working outside. I couldn't tell you about local scenes around Europe as I'm not part of them. I turn up; play a show and then move on to the next town. 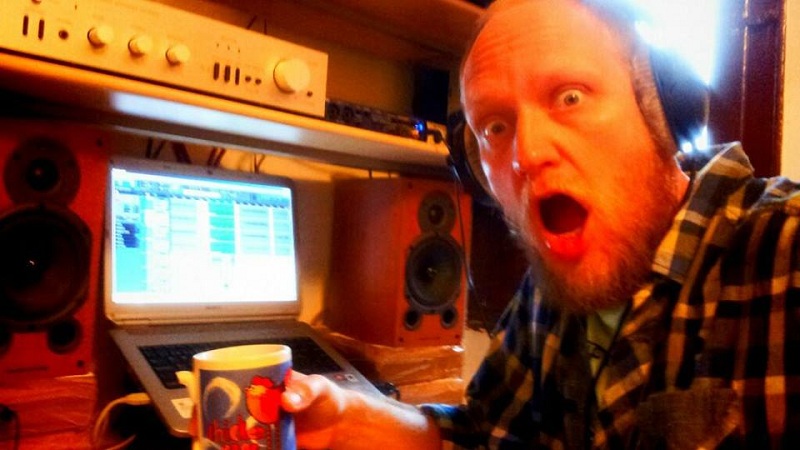 "King Pug's philosophy to create Rock music you can dance to, Blues music that won't give you the blues."

Dave: I don't miss anything about the music of the past to be honest. The music from before inspired the music of now, the music I am involved in creating myself. There are a lot of very cool bands/artists around at the moment. The internet makes it easier to find these “underground” musical gems, digital technology makes it easier for everyone to record their own music without paying a fortune to recording studios and the internet again helps independent artists distribute their own music. I think these are very creative times. Making money from all this is a totally different matter though.  Streaming services seem to be doing away with the sale of music all together, although there is a big rise in vinyl sales. Musicians just have to be more creative with ideas to sell their music... and what good is a musician who can't think creatively?

Caspar: The musicians of the past! The future of music is tied with the future of mankind. We should worry about that!

Dave: Playing with Brian, George and Charlie is always an absolute pleasure. Hanging out with them too. Too many memories. Although I do remember George jumping a queue at the airport once. The young couple he stepped in front of complained stating “we were here first!” and he asked “How old are you?” They answered and he said “I'm 65, I was here first!” I also remember him telling me not to swat a fly at sound check as he thought it was Grant Green reincarnated.

Caspar: Oh, too many to write down! When in company of these gentlemen, it's a constant smile that I have plastered on my face!

What are the lines that connect the Blues with Soul, Jazz and Rock? Do you believe in the existence of real blues nowadays? 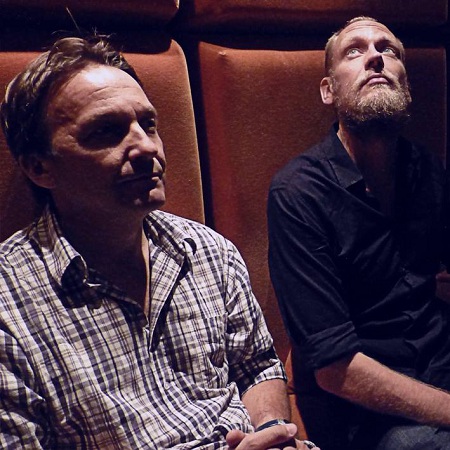 Dave: I think all those musical styles have their roots in Blues. I don't think there is such as thing as “Real Blues” though and the narrow minded blues “purists” are the ones killing the Blues off by trying to keep it in a box. Blues was always about self expression and storytelling through music and I believe all music does that to some degree, so all music has the Blues in it.

Caspar: Well, from a drummer’s perspective, I would say the beat! Well, I do. There are plenty of reasons to feel the blues today, as indeed there were yesterday! As long as the music is for real then it's real!

Dave: The night Zappa recorded “Roxy and Elsewhere” or maybe the night Grant Green recorded “Live At The Lighthouse” ...no scrap that...  the day I decided long hair with an undercut with shaved tram lines and a bright pink shirt with heavy metal leather jacket on top was a cool look for a family photo.