"Music to me should be soothing, have positive effects on ones thoughts and not involve aggressive lyrics. Cultures change and so does music."

Bob Wray started playing upright bass when he was in the 7th grade. During high school he kept playing upright, but also got into electric bass. While playing in a local Wisconsin band Bob met Travis Wammack. In 1968 Travis asked him to travel with him for a year. Bob was based in Memphis, but in July of 1970, after auditioning with Bobby Hatfield to do sessions at FAME in Muscle Shoals, Bob moved to Shoals to become a staff a session player. In September of 1970 the Osmonds came in and recorded "One Bad Apple", with Bob. After only a few sessions in Memphis with Travis and now with Bobby, Rick Hall, and also Willie Hightower, his studio career escalated quickly. When the Osmonds went to #1, sessions were at an all time high. By 1980 Bob moved to Nashville as a session player for 20+ years. Bob has played on 30+ #1 country songs along with a couple tours. 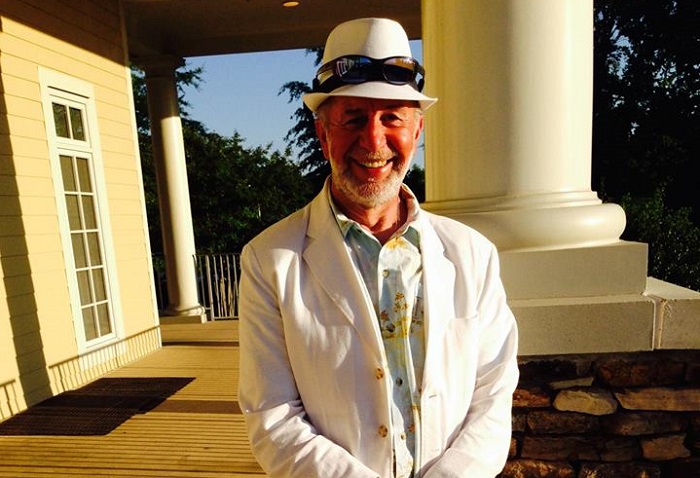 What do you learn about yourself from the American Roots & Blues music and what does the blues mean to you?

What were the reasons that you started the music researches? What characterize your music philosophy & sound?

I was born into a musical family. My mother played church organ, taught piano and was a big influence on me music wise. I started piano lessons and she discovered my ear at very young age. From there I learned to play the upright bass, played in the orchestra and then switched to electric bass at 16. I have always been interested in multiple styles and always experimenting. As far as sound and philosophy, I have been very gifted to play by ear and create. When I do sessions I have a tendency to think outside the box but at the same time stay within the parameters of the music involved. 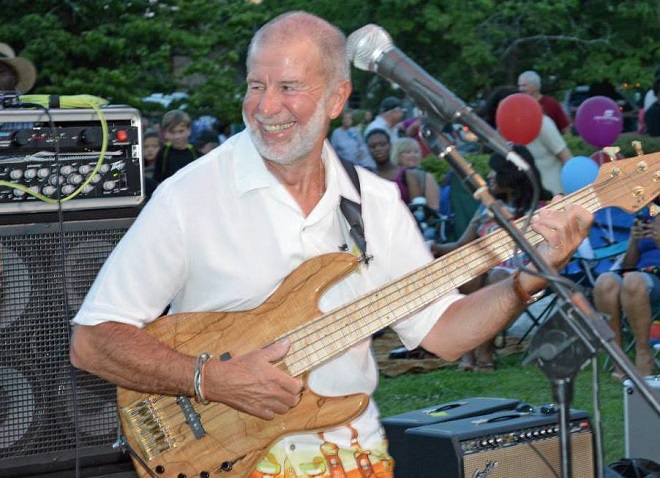 "Music can change the world but I don’t agree with some of the ways it’s being used for change. I am a non-racial person and I have all the respect for African rhythms, Latin grooves, classical music and where all this thing called music originated." (Photo: Bob Wray on stage)

Why did you think that the Muscle Shoals sound & music continues to generate such a devoted following?

Muscle Shoals has a long history of recording. I have done enough sessions in 46 yrs. to realize the value of a great producer, great song and a group of studio musicians that have chemistry, and the ability to create as a group. It has nothing to do with the Singing River concept and nothing to do with being from the local area, Alabama or the south. I was born in Wisconsin and my love and passion for R&B started at a very young age. I have heard the reference made to Muscle Shoals music as funky or swampy. A lot of people don’t realize that the variety of music recorded in the Shoals is all over the board and not necessarily just funky/swampy, and that alone has strengthened the history of the area.  I have played on country hits, pop hits, blues hits and R&B/Soul hits, as many other musicians have as well in the Shoals area..I truly believe that it’s the combination of the things I mentioned earlier in this paragraph. A lot of players from the area have been hired in different areas of the country or the world and cut hits. Muscle Shoals is attractive because it’s laid back but you could cut a hit anywhere if the ingredients are there.

I was very young (22) when I started sessions at FAME Studio with Rick Hall. I learned a lot from Rick, played on a lot of hits for him and over the years made some great connections with outside producers which made the transition to working in Nashville much easier. One of my greatest experiences in my career was playing on parts of 3 different Ray Charles cd’s. His producer, Billy Sherrill was one of the best producers I have ever worked for. He knew what he wanted, conveyed his ideas to the musicians and then left the door open for us to create a track. He was a master of getting players to create in a very professional way. I don’t recall any real advice from anyone, I think my gift to play and create and determination produced results and kept me motivated to continue to be a solid versatile studio musician. 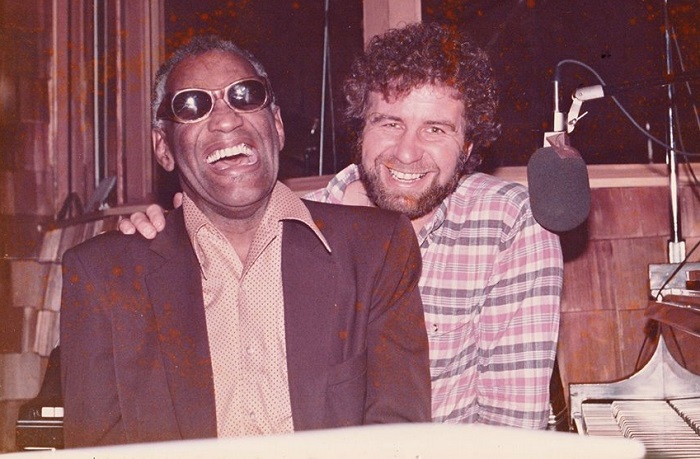 "Southern music in my opinion goes back to the old back porch delta blues. It’s the foundation for many styles of music and has been modified into many different styles but it still comes back to basics." (Photo: Bob Wray and the late great, Ray Charles in studio)

Ray Charles was a master in the studio. He demanded respect in a very professional way. He’s Ray Charles, how can you as a musician not respect that much talent. After recording the first album, “Ray Charles and Friends”, he came back a few months later and we did a more R&B oriented album with more finger funk and slap bass. After the second day of sessions he was on his way back to the hotel and out of the blue asked a lady named Margie from CBS if the bass player was black or white. She said white and that was it. He did not know. To this day that is the highest compliment I have ever gotten as a musician. Johnny Cash was great in the studio. Very easy to work with and very friendly to all the musicians. I also had the privilege to do the last two tours with the Highwaymen: Johnny Cash, Willie Nelson, Waylon Jennings and Kris Kristofferson. Greatest tour in my career.

Technology has changed music. It has made the whole process faster but along with that we have lost the true meaning of the word feel. Feel is what makes music. A lot of todays musicians, artists, producers and engineers have grown up with computers, home studios and U tube and they don’t really have a concept of the mechanics and concepts of how music got to where it is today. Consequently we have people that have learned a few chords, created a home studio and saturated the market with very repetitious non feel good music. There are people that think that if they come to FAME Studios they are going to walk out a star with a hit. It doesn’t work that way. There are some great benefits to old school music, techniques and recording procedures. I have students that are discovering all of those and it’s going to be interesting to see if in the future we can somehow get technology and feel back together again. 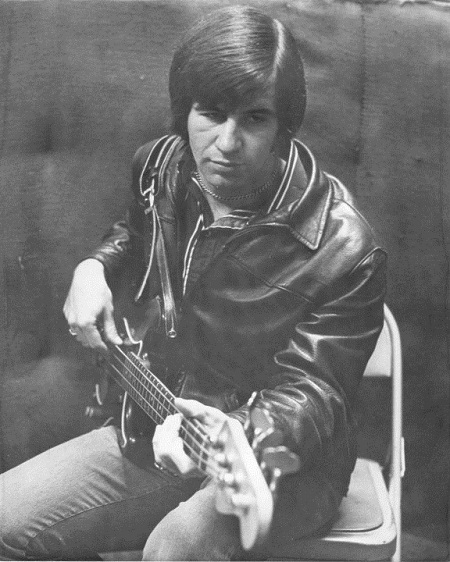 That people of all ages learn that there is more to music than just one style. We will never discover or be able to listen to all the different types of music in the world but at least broaden your listening knowledge by exploring new and old music. It’s important that one finds their groove and that’s fine, but also leave the door open to other avenues/genres.

What are the lines that connect the legacy of Southern Sound? Why the Southern States was/is the Mecca of music?

Southern music in my opinion goes back to the old back porch delta blues. It’s the foundation for many styles of music and has been modified into many different styles but it still comes back to basics.

Are there any memories from Etta James and Wilson Pickett which you’d like to share with us?

Etta James: Very soulful and I still listen to her version of At Last. What a great track and emotional vocal. I wish I had played on that song. Wilson Pickett: Mr. Energy. Distinctive voice and he was the Wicked Pickett.

What touched (emotionally) you from the late great bluesman BB King?

BB King: So I have mentioned basic blues, feel, etc. Enter BB into my career. What a gentleman. I spent 6 days in the studio with BB and it was and always will be a very memorable part of my musical life. When he first came in the studio and we met I said BB, you are not leaving town until we jam with you to “The Thrill is Gone”. A couple days went by and he came in one night and said ok tonight we start off with a jam to Thrill. I have played that song many times live but never with the master. The engineer had enough insight to turn on a ¼” tape machine and record the whole thing, count off and all. To this day I still have the original cassette and also put it on a cd. He brought us food every night, baseball caps, T-shirts and then sent all the players the album wrapped in a matching T-Shirt and invited us to play 4 songs with him at the album release party. I have an autographed cap that I wore the day he died and that is the only time it has been out of the house. Fond memories of BB King?, you bet.. RIP BB.. "Technology has changed music. It has made the whole process faster but along with that we have lost the true meaning of the word feel. Feel is what makes music." (Photo: Bob Wray & BB King)

What has made you laugh from Muscle Shoals Dream Team?

I was very proud to be included in the Muscle Shoals Dream Team. There are certainly many musicians from over the years that qualify. My biggest satisfaction is that I have indirectly become reconnected with the Osmonds through Tom Roach. The first big hit that I played on was “One Bad Apple”. For a guy that had very little studio experience that record jump started my career. Still the biggest single I have played on.

What is the impact of American Roots/Soul & Blues music to the racial, political and socio-cultural implications?

Music to me should be soothing, have positive effects on ones thoughts and not involve aggressive lyrics. Cultures change and so does music. Society has allowed music in some ways to get out of control and entice younger generations into violence, aggression and totally abuse music, and that’s not what it is meant for. Music can change the world but I don’t agree with some of the ways it’s being used for change. I am a non-racial person and I have all the respect for African rhythms, Latin grooves, classical music and where all this thing called music originated.

South America or Africa and do the best I could to just jam with the musicians. Anything longer than a day, I would end up staying until I found the groove of that particular culture. 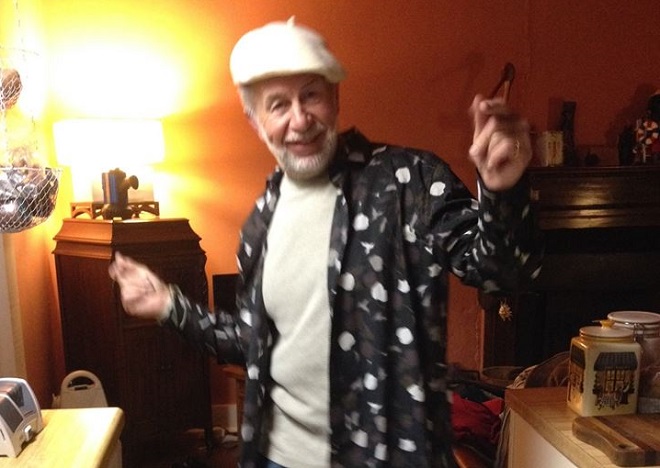