"The best advice, well, it´s a bit trite, but was to keep going on besides the difficulties, and to keep always learning and studying new things."

Saltapatrás (group) was formed in Mexico City by Cecilia Pérez Urias. Thier repertorie is composed of original songs and arrangements with the taste of traditional mexican music. The distinctive sound of the band is the result of innovation, reinterpretation of folk music, not only from Mexico but from all Latin America and the influence of different genres such as classical music, reggae, son cubano, salsa, cumbia, jazz and many others. Saltapatrás is a multidisciplinary group because some shows are theatrical and musical performances. As an example they have a show performed only during the “Dia de Muertos” season, wich is a very important celebration in Mexico, they have also a “Christmas show”.  Thats why Saltapatrás`s line-up is different on each show. 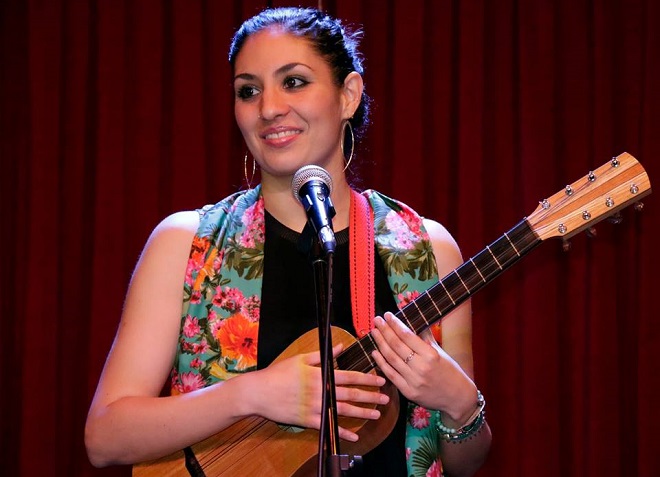 Sometimes you will see just musicians, sometimes musicians and actors.  Recently Saltapatrás has released a new children`s show called “Barco Fantasma” (Phantom Ship) wich includes an original tale about a little demon who makes mischief to some animals in the jungle, a vampire with caries, a ghost who plays the piano, a gluttonos turkey and many different characters. In 2015 Saltapatrás released their first album, wich is homonymous, with 12 songs that includes original music and arrangements. The cover of the album was made by Juan Luis Flores who is a prominent visual artist and is constantly working with the band. Cecilia is also a member of music project ‘Los Perezosos’.

What were the reasons that you started the Roots music researches? How do you describe your sound & songbook?

I think that understanding the world, the political and social moment that I live, was one of the reasons to approach this music. I thought it was a good place to find some answers. In my sound and songbook I try to reflect my way of seeing the word, and the ideas that come in different moments of my life.

My first experience whit folk music was the fandango, a sort of jam in the “son jarocho” music. I started playing a singing and then I learned to dance “zapateado”. I think that the “zapateado” gave me a more complete idea about the music. Then in my band, we included this dancing in the shows. I was very nervous when I started dancing for the public, and for a time, the day before the concertos, I had a lot of dreams in which the “tablao” started flying really high with me “zapateando” over it, or melted under my shoes. The good thing is that after those dreams, the real presentations were never that stressful. 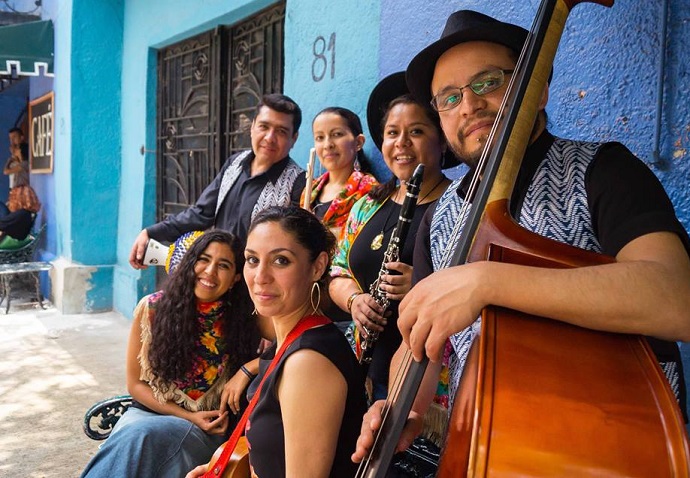 "I think all “popular” or “folk” genres have similarities, I think that this genres should have a very important place in education of children, letting them know their “own” folk music, and also the music from all over the world, blues, son huasteco, capoeira…All traditions forms are important for life, as long as there´s some space to reinterpret and modify things so that they continue in force."

I have the impression that in the past people had more time to dedicate to others, to listen life music or even to make music together. I like the cinema very much but theater and concertos are losing audiences. I also see a tendency to see the world through the eyes of capitalism, and people become “suppliers” or even “products”. I think that all the arts, but particularly music and theater can give us new eyes to see and understand the world.

Well... I would make better work opportunities for artists, and I would include folk music in Mexican music universities.

Make an account of the case of blues in Mexico. Are there any similarities between the blues music and the genres of local folk music and traditional forms?

I think all “popular” or “folk” genres have similarities, I think that this genres should have a very important place in education of children, letting them know their “own” folk music, and also the music from all over the world, blues, son huasteco, capoeira…All traditions forms are important for life, as long as there´s some space to reinterpret and modify things so that they continue in force. 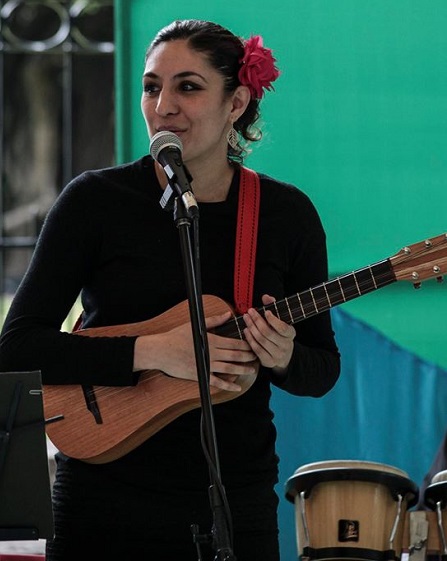 Yes!!… It has been difficult to make myself a place in this “Man´s word” (I agree that music, as many other occupations are still “man´s places” at least in Mexico), particularly when it comes to lead projects. But I hope to contribute, at least a little, to have equal rights and opportunities.

What is the impact of music to the socio-cultural implications? What was the best advice anyone ever gave you?

The best advice, well, it´s a bit trite, but was to keep going on besides the difficulties, and to keep always learning and studying new things.

What do you learn about yourself from the Mexican Roots & Folk Rock music and what does the blues mean to you?

Folk music has guided me to learn more about my identity, my culture and in consequence about myself. Also it has been a way to relate to other people, a way to be open to listen and to suggest. Folk music has opened me the door of improvisation.

Haha…If you ask me that today.. I would love to be in the stage with Paul Simon and Ladysmith Black Mambazo singing “Diamonds on the soles of her shoes”.

With Frida… I don´t know, maybe I would play something while she paints, to Pancho Villa I would say: “yes, lets change everything!!...but please, respect women”. And… I have always wanted to ask Lila many things! About her amazing technique, about the relationships with musicians, about the personal sacrifices one have to make to keep going on in this career…hope one day I can ask her a few things in person. 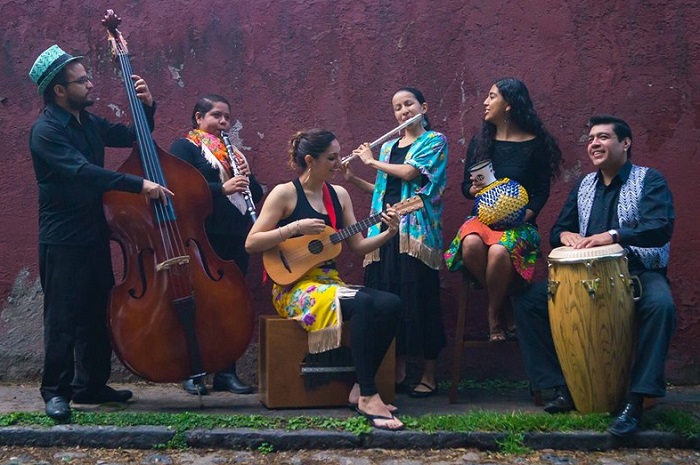