Lonesome Shack is a Blues and Boogie band from Seattle. Ben Todd plays guitar, sings and writes songs & Kristian Garrard plays miniature drumset. Ben has performed his style of blues for the past 8 years, developing much of his sound in the isolation of New Mexico's Gila Wilderness where he lived for four years in a shack he built. His music shows the influence of post war hill country blues and rural electric blues and gospel but maintains a voice all it's own. Kristian Garrard is a multi-instrumentalist who plays in several bands and projects including KRGA, Joules, Thousands, and Heatwarmer. 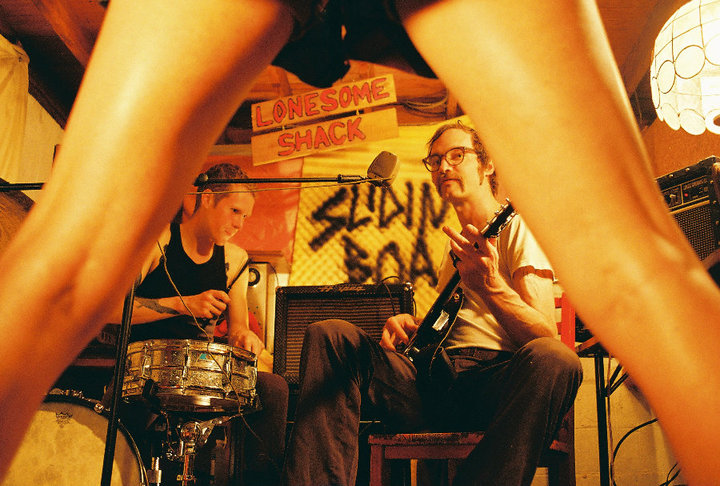 Together they produce a sound that is unique and compelling. Their performances range from slow, dark laments to high energy dance numbers. "Slidin Boa" is brand new LP of all originals, recorded to 8-track tape.

Ben, When was your first desire to become involved in the blues?

I started learning to play blues after I became obsessed with listening to blues. This was around 2000.

Is there any similarity between the blues today and the post war blues?

I think today there are blues players who seek to play in the style and spirit of post war blues. So there are at times aesthetic similarities to then and now but that's about as far as it goes. Sometimes a similar feeling might be captured.

Do the media help the new blues bands?

We haven't had a lot of encouragement from the media but some new blues rock bands have been getting a lot of attention. 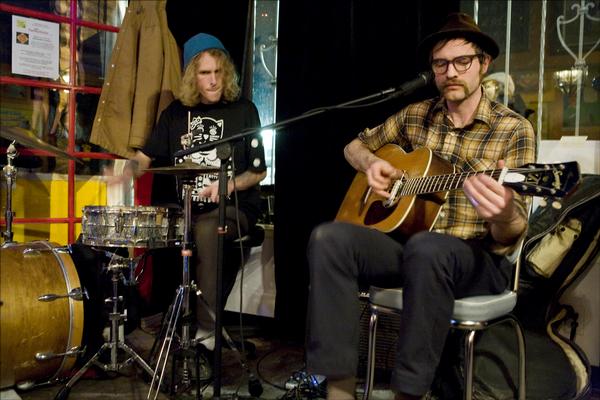 Do you believes that in America there is prejudices about whether a musician who plays the blues are from Mississippi, Chicago or from Seattle and Ohio?

Probably. Mississippi and Chicago carry a lot of weight historically as hot spots for blues. Seattle doesn't have much to go on.

What does the term BOOGIE mean to you?

Do you think the younger generations are interested in the blues in Seattle?

Yes but they have to find it themselves or be lucky enough to attend the Blues in Schools program here.

Do you believes that “the soul of Hendrix” has influenced the new contact for the blues in Seattle?

Not that I've noticed.

An avenue for creativity and a chance to share that with others.

That I have a lot to learn about music.

I would like to play many styles of music but I work best when I narrow my focus.  What I play probably reflects the music that I mostly listen to.  Blues is a style that feels right to me, but to some people my music would not be considered blues.

Spending four years in the country in New Mexico playing and studying music must have helped. Traveling and playing in unfamiliar situations helps. Hard labor jobs have helped me gain perspective on the relationship of music and labor. Hopping freight trains uncovered for me the source of the infectious rhythms that are used in so many blues and boogie songs.

What was the first blues gig you ever went to?

RL Burnside. He didn't show up though.

What mistake of blues business you want to correct?

I don't have much experience with the business. In the early years of recording blues there was a lot of unfortunate exploitation of musicians but I'm happy the music made it onto wax.

Give one wish for the blues

I hope it can stay fresh while honoring it's past.

Do you know anything about Rembetiko (aka Greek Blues) music?

No. I have a good tape of Rembetika though.

If you're out there I hope we can come play for you someday. 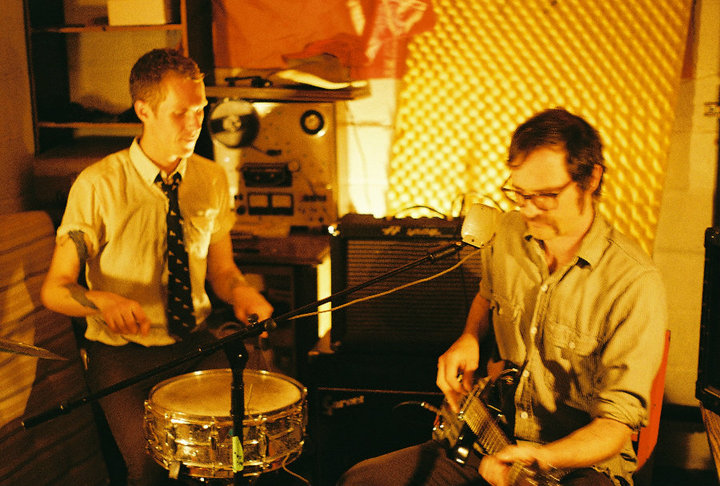 What does juke joint blues mean to you?

Blues played at a community dance hall or house.

I don't speak much to the crowd but I feel connected when people dance and enjoy themselves while we play.

No. I think there unlimited paths of sound. We record ourselves at home because it's cheap and we can tweak the sound the way we want. We don't think our music would come across as well with high-fi studio production.

No, There are too many good ones to choose from.  My favorite collection of blues songs is "Georgia Blues Today" on Flyright records.

That's what I called the shack I built and lived in New Mexico. It's also a Memphis Minnie song.

Tell me about the beginning of your band. How did you get together and where did it start?

While living in Catron County New Mexico, my ex-girlfriend Allison Alterman and I started recording 4 track cassette tapes to give to our friends. I played guitar and sang and Allison played percussion and sang. Our tapes consisted of traditional blues and gospel and a few originals. Our second tape was called "Songs From the Lonesome Shack" and that was the beginning of the band. We made a few tapes together and then I made three solo tapes/CD's before I got together with Kristian. Kristian and I have been playing together for a few years now.  We met at Cafe Racer in Seattle were I held a weekly gig.

What do you think about RL Burnside and "Junior" Kimbrough?

Do you have a favorite  song, and is it one you worked on?

For Junior I like "Lonesome In My Home" and "Meet Me In The City" and for RL I like "Jumper on the Line". I haven't worked on any of those.

I listen to records for inspiration. When I hear something that sparks me I try to grab it and make my own song out of it.  My songs usually start with a riff or a lyric and grow from there.  The end product is often nothing like the initial idea.

Cecil Barfield and Robert Pete Williams. Their styles are quite different. Cecil usually locks it down and plays straight through with creepy subtleness. Robert Pete is very improvisational lyrically and musically but he holds a groove throughout. 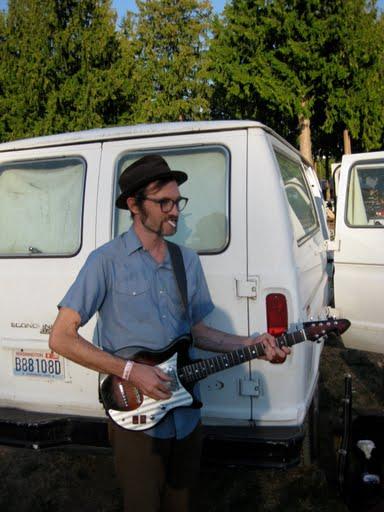 I want to comment on your band’s slogan: Dancing makes it fun.

That's something I started saying at shows when we get people dancing: "Thanks for dancing. Dancing makes it fun."

What is your “secret” musical dream?

To earn a living by playing music.

To keep writing, playing and touring.

Thanks for your interest! I hope our music carries us to Greece someday. 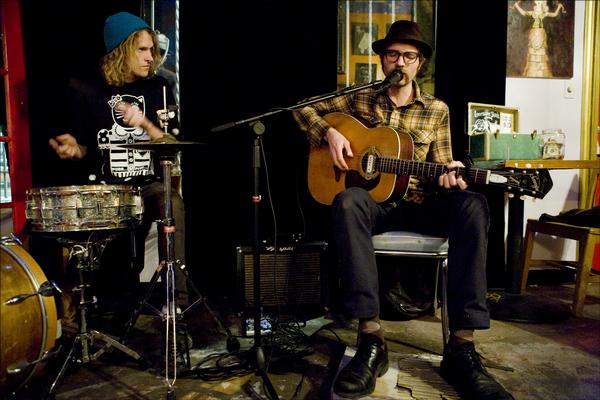