Blues legend Bobby “Blue” Bland passed away at his Memphis home June 23 from a prolonged illness, according to his son Rod Bland.

His hits such as "Further On Up the Road" and "Turn on Your Love Light" established him as the “Frank Sinatra of Blues,” due to his lush arrangements with strings  and swanky style influenced by Nat King Cole, not to mention his famous growl. 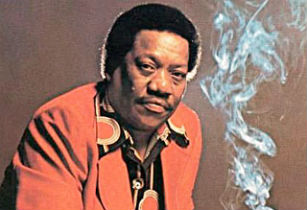 His nickname “Blue” stems from not only the genre of music he sang, but his overall song themes of being lovesick, especially when he released the song "Little Boy Blue." Without much recognition, he recorded with record exec and producer Sam Phillips in the early 50s, but his fame rose in the early 60s with 1963’s "Call on Me," "That's the Way Love Is," and 1964’s "Ain't Nothing You Can Do."

Bland was a classic music business survivor, an artist who kept and cared for his skills long enough to be appreciated. He was inducted into the Rock and Roll Hall of Fame in 1992 and was presented a Grammy Lifetime Achievement Award in 1997.

He recorded and sang in parts of eight decades, starting with the embryonic rhythm and blues circuit of the deep South in the late 1940s.

Born in Rosemark, Tenn., he dropped out of school to help support his family by picking cotton. He served in the Army in the early 1950s. After some early time in gospel groups, he played with a loose aggregation of blues and R&B artists called the Beale Streeters in Memphis. The group at times included B.B. King, with whom Bland remained good friends.

He recorded for Don Robey's Duke/Peacock complex in Houston, joining other 1950s stars like Johnny Ace and Big Mama Thornton. He toured for years with his colleague Junior Parker. He never had great crossover chart or radio success, but he was a fixture on the R&B charts for years. He remains one of the top 25 best-selling R&B artists of modern times.

Like a number of post-war R&B artists, he blended gospel with blues in his singing style. But he also had a strong fondness for pop vocals in the crooner vein, borrowing stylings from both Nat King Cole and Frank Sinatra. His biggest crossover chart success came with "Turn On Your Lovelight" in 1961. His top-five R&B hits included "Farther Up the Road," "I Pity the Fool," "I'll Take Care of You" and "Stormy Monday." By the late 1960s he had become a fixture on the R&B touring circuit, popular in festivals as well as clubs.

"I've been fortunate that my music appeals to everyone," he said in a 1992 interview. "But I'm doing the same thing I've been doing all my life. My audience just seemed to catch up with me."