"Music is so universal, it's a language that we all speak, from before birth."

Barbara Kessler feels most alive when she’s on stage performing in front of an audience. Barbara entered the professional music scene several years after graduating from Cornell University, entering some of her first songs in Rounder Record’s songwriting contest at Great Woods in Massachusetts – and winning 1st runner-up. She caught the eye of Judge Christine Lavin who invited her to attend the Martha’s Vineyard Songwriter’s Retreat. A song recorded at the event, “The Date,” landed on Rounder/Philo’s CD Big Times In A Small Town. The song received national airplay and led to the recording of her first CD, Stranger To This Land. Soon, Barbara was touring the country playing at coffeehouses and colleges. 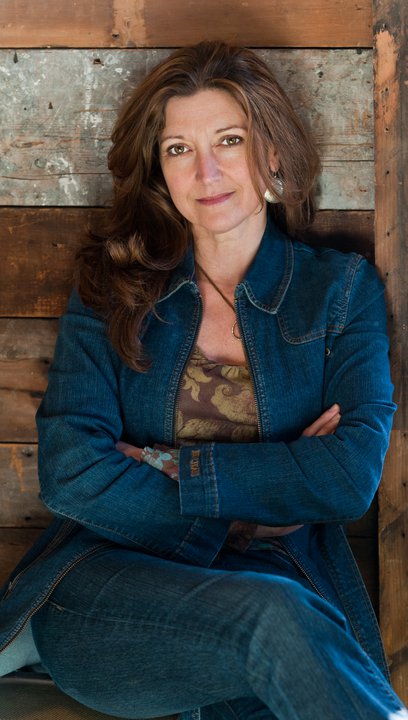 Barbara’s career soared even higher when famed drummer Jerry Marotta saw her perform at CB’s Gallery in New York and offered to produce her second album, Notion. Putumayo label seconded that opinion by choosing the album’s haunting title track, “Notion,” for inclusion in its classic 1996 complication, Women’s Work, a theme that weaves its way through all of Barbara’s CDs.

After sharing the stage for nearly a decade and a half with artists including the Indigo Girls, David Wilcox, Shawn Colvin, Arlo Guthrie, Richie Havens, Livingston Taylor and many others, Barbara decided to stop touring with the impending birth of her second daughter, Elaina. The post-touring years included a self-awakening that Barbara credits for moving her singing and songwriting in a new, deeper direction.

Barbara’s especially proud of a “mix-tape” benefit CD for moms she compiled and produced called Hope: Mothers Helping Mothers. Currently she’s also coaching young artists on performance and songwriting, as well as producing their CDs in the studio she and her husband, Phil Antoniades. Now that her daughters are settling into their own lives, she’s eager to return to the live performances and audience interactions that she loves. Her new CD, “What You Keep,” is born of these years at home, joyful and ordinary, and the songs testify to this simplicity.     Photo by Rich Gazoorian

Most ideas come from something personal that happens in my life, often nothing very dramatic, just observations on the nature of relationships, our inner selves to life's challenges, stuff like that. I have songs that come from darker periods of change and introspection, and from periods that are more joy-filled, like the songs from my recent album "What You Keep" 2012.

Why the people need the songs and music...? Can the music to confront the shackles of the human spirit and mind?

I do think so! Music is so universal, it's a language that we all speak, from before birth. My daughter Emilia absorbed my songs, to the point that when she was only weeks old and was inconsolable when my older sister was minding her for me one day, the only thing that calmed her crying was when my sister played my song "notion" for her! But not all feel comfortable or able to write or sing and play songs on their own. It is a service we musicians provide, in a way: to share our own stories and sounds allows others the possibility of redemption and release, by sharing in the music. It encourages something in others own creative and growth process, to hear a song they can relate to - on any level. That sounds a little over-blown, maybe, but I do think it's true! 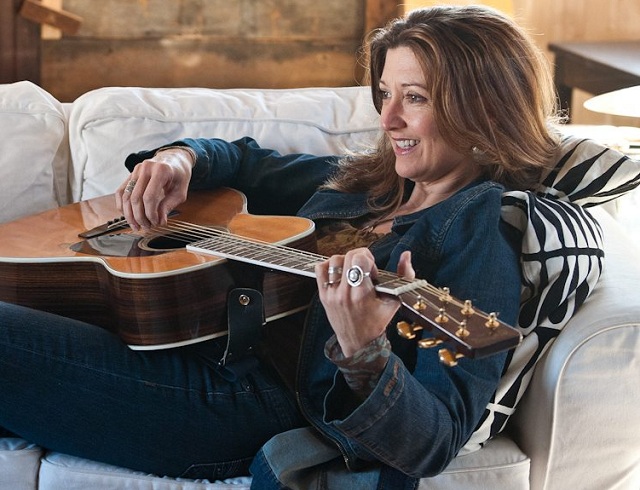 "I'm not too much of a traditionalist; I love how the music of the past so obviously influences what we have now. My favorite of the current stuff these days really acknowledges and plays upon these varied influences." Photo by Rich Gazoorian

How would you characterize the philosophy of Barbara Kessler’s music and songs?

I think my "philosophy," if I can claim one, relates to the above. I think we humans have more in common with one another than not (despite our focus on our differences, and despite wars and other human drama), and I think the best songs reach out and grab the listener and say "this is how it is for me," even if their not particularly personal songs. They may say "this is how I see it in this crazy ol' world." And the opening is there for the listener to respond with their own observation and philosophy.

What's been your experience from recording time with your daughter Emilia Ali, Jerry Marotta and Tony Levin?

Recording my daughter, and hearing her write her own songs now, as well as hearing her interpret some of my songs, is the sweetest kind of joy. She's an incredible vocalist, with a real flexibility as a singer, and an innate sense of harmony and rhythm. Working with Jerry was a lot of fun; we laughed a lot. He has a quirky sort of neurotic sense of humor like I do. We fell in love with the cartoon "Dr. Katz, Professional Therapist" and we would watch episodes of it and crack ourselves up for days in the studio quoting from it. He loved to say that his job as a producer was more like a cook stirring the pot - getting the best ingredients together, the players, the instruments, and just get out of the way… Tony Levin is one of our favorites, my husband's and mine. It was a thrill to hear him just go his own way with a song, and he truly elevated the tracks with his take on things. He and Jerry are good friends and it was fun to watch them work together. Not to mention listen to their stories of all the great artists they've worked with over the years!

Are there any memories from the clubs on Cape Cod and driving an ice cream truck, which you’d like to share with us? 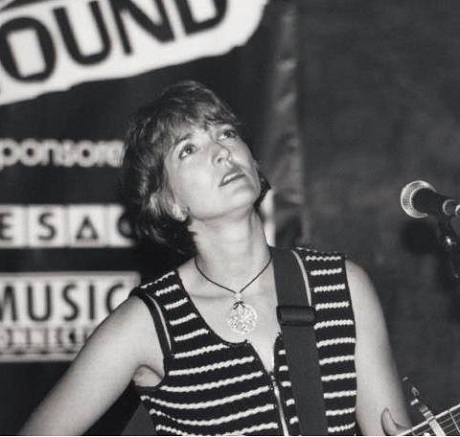 I really enjoyed inspiring the kids who came to my ice cream truck - not just with sugar, but to use their creativity. I held writing contests for free bubblegum and stuff. There was also a red white and blue rocket-shaped popsicle called the Bomb Pop, and I changed the sticker to call it a "Dumb Pop." I offered free gum to anyone who could tell me why bombs were dumb.

What do you miss most nowadays from the Folk music of past?

I'm not too much of a traditionalist; I love how the music of the past so obviously influences what we have now. My favorite of the current stuff these days really acknowledges and plays upon these varied influences. I do think songs nowadays are more focused on craft - sort of paying attention to the construct of verse-chorus-bridge in a more formulaic way. Not that I mind that too much, but I do sort of miss some of the more meandering, wandering songs - both lyrically and musically - of the folk revival and the pop hits in the 50's and 60's.

I love seeing how people live in other places, and how we are really more the same than different. And music is one of those things that proves that point over and over. I love the light in different parts of the world, and seeing the things that grow there - trees and flowers and how the earth smells in different places.

What are your hopes and fears for the future? What has made you laugh lately and what touched (emotionally) you?

The thing that is most scary is also the most chance for hope: that we could easily obliterate each other with war, but yet, we don't - I believe in the basic "goodness" of humanity. Lately I've been laughing at Jerry Seinfeld and his web TV show, "Comedians in Cars Getting Coffee. And also a show on Comedy Central channel here in the states called "Drunk History." Too funny. I crave a good belly laugh at least once a day. My kids also crack me up (Emilia as well as her little sister, Elaina).

Which memory from the late Richie Havens  makes you smile? We recently lost Richie Havens. My memory of him is how before the show, in the dressing room, he asked to take a picture of Emilia who was still a baby. He had this whole scrapbook of babies and kids he met while out on the road. He looked at her with his intense gaze, and smiled beautifully, "Man, evolution!!"

"The thing that is most scary is also the most chance for hope: that we could easily obliterate each other with war, but yet, we don't - I believe in the basic 'goodness' of humanity."

What are the lines that connect the legacy of Blues with Folk Rock and continue with Joan Baez, Rory Block and Joni Mitchell?

I think the direct line between these "folk forms" are the honesty and simplicity of the expression, obviously in the lyrics, but also in the rhythms and melodies: "this is how it feels to be; this is what I know to be truth…"

I really don't want to get in a time machine anymore. Right here, right now is where I want to be. Really. I am learning how to be more "present" everyday.