"The Blues gave me freedom and what I most like about the Blues is the fact that you have to follow some rules, but at the same time you can interpret it your own way. For me, the Blues is freedom."

Cristian Rigon is a Brazilian musician, educator, arranger, composer and producer. Cristian passed 25 years working with music. Writing, recording and producing many artists. THE BLUES BEERS (band he works as a musician, producer and composer for 8 years and has 2 CD's released, "Gambling and Living" 2009 and "At the Sound of Blues" 2012), "Fatal Guitar" solo EP released in 1999, "Miraculum" (EP released in 2000), "Fire Symphony" solo CD released in 2003, participated in solo CD of Sasha Zavistanovicks "Carpe Diem" released in 2010. Cristian's work most current is the studio solo CD "Down on the Highway "released in December 2013. This latter work with special participation of Decio Caetano (PR), Alexandre France, Toyo Bagoso, Camila Dengo, etc.. The CD "Down on the Highway" has received great reviews and has played in several specialized radios in style.

I started playing Rock, but always liked and studied improvisation, and there´s been about 10 years that I live, study and play the Blues. The Blues gave me freedom and what I most like about the Blues is the fact that you have to follow some rules, but at the same time you can interpret it your own way. For me, the Blues is freedom.

How do you describe Cristian Rigon sound and songbook? What characterize your music philosophy?

I think my sound is good old blues, but with some colors from the Jazz that I also study and admire. About philosophy, I believe that I am an eternal music student. I'm always trying to improve and learn.

Why did you think that the Blues & Rock music continues to generate such a devoted following?

I think rock and Blues are accessible and full of truth. The kind of music that everybody understands forever. 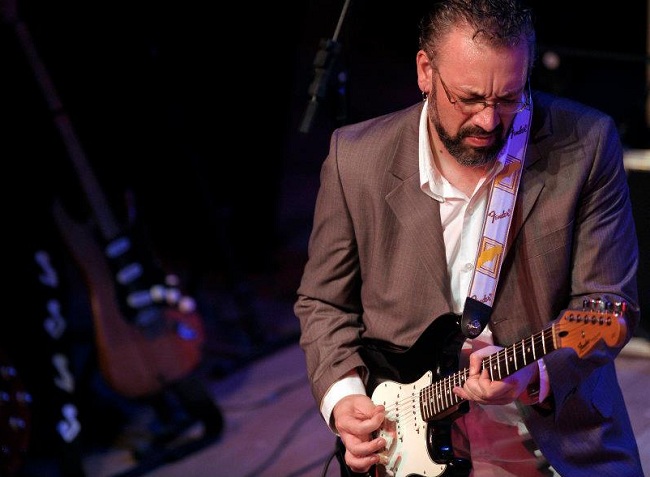 "I think my sound is good old blues, but with some colors from the Jazz that I also study and admire. About philosophy, I believe that I am an eternal music student. I'm always trying to improve and learn."

To make part of an international festival cast is a great pleasure as record a CD and get people good impressions about it too, but do what a love for living is certainly what gives me more satisfaction. About the advices, the two most interesting were: “you just need an electric guitar and an amplifier” and “you have to find your sound”.

All the CDs I recorded (The Blues Beers band and solo) were grat experiences. All the jam sessions with big names from Brazil and South America were nice moments too. In 2013, I had the honor of opening a big show of Vasti Jackson (USA) at a festival, it was really cool.

In general all musicians were more unique and had its own characteristics, they were extremely Blues. I'm afraid the blues lose its essence because some media artists are releasing cds referring more in pop music than the blues. 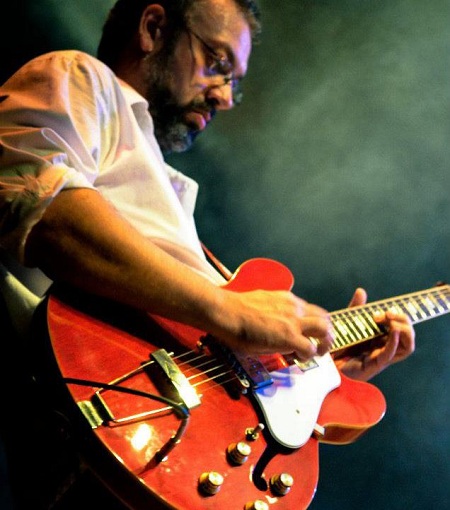 "I think rock and Blues are accessible and full of truth."

The Brazilian Blues scene is very recent, began in the late '80s. Before that there were just some isolated artists, there was no movement. Honestly I think we are living a great time, probably the best so far.

What are the lines that connect the legacy of Blues & Rock from United States and UK to Brazil?

Brazil is a country that was colonized by many countries and has continental dimensions. The city I live was colonizates by Italians and the next city by Germans. We were very influenced by American and European culture. And we also have regional rhythms that resemble Blues. In fact we have many similarities if we think deeper.

I play in 3 bands, and currently have a fairly regular schedule, I also have a music school, and those things makes me smile! Hahahahahaha. The musical circuit here in my town and region is also very promising.

From the musical point of view what are the similarities between Blues traditional local music and Bossa?

I would go on Chess Records in Chicago, 50s, and if possible attend any recording of Muddy Waters, Little Walter ... Anyway, the masters! 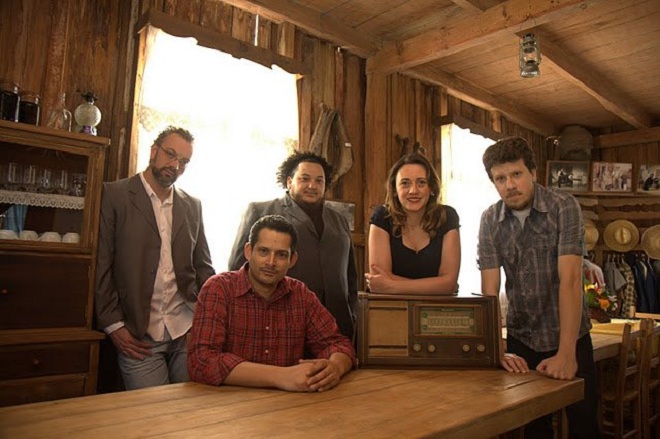