Cultural critic, academic and musician Casey Rae talks about the Beat Generation and the cult of Rock n' Roll

"Actually, the nature of freedom has long been debated, and I’m not going to solve it here. But I do believe the Beats advanced a more universal notion of freedom, a kind of animating spirit. And that spirit inhabits more than literature—music is also key to its transmission. That spirit has dimmed in our current times. But existence is cyclical, and there is always renewal."

For cultural critic, academic and musician Casey Rae the connections between Burroughs and the world of music aren't just appealing, they are personally defining. The “Burroughs gene” is not easily pinned down, but has been known to manifest in artistic individuals who share a fascination with semiotics, the science of influence, recorded sound, media hybridity, drug experimentation, occult investigation, sexual yoga, futurism, anti-authoritarianism, and cats. Casey checks at least a few of these boxes. With two decades of professional experience writing about popular and underground music for such publications as Dusted Magazine, Signal to Noise and Pitchfork, Casey ably illustrates Burroughs’ relationship to musicians and the art borne from those connections. Casey's creative and music industry background enabled him to chart a course through the lives and work of such notable artists as Patti Smith, Iggy Pop, Michael Stipe (R.E.M.), Laurie Anderson, Thurston Moore (Sonic Youth), Debbie Harry and Christ Stein (Blondie), Richard Hell, Genesis P-Orridge (Throbbing Gristle), Mark Mothersbaugh (Devo), and more. Part literary biography, part sonic travelogue, WILLIAM S. BURROUGHS AND THE CULT OF ROCK 'N' ROLL (Published by University of Texas Press, mass market, June 11, 2019) pulls back the veil on the enigmatic character of Burroughs to reveal why so many crucial musical artists were magnetized by him, and how Burroughs' influence echoes through today's digital universe of remix culture and weaponized memes. 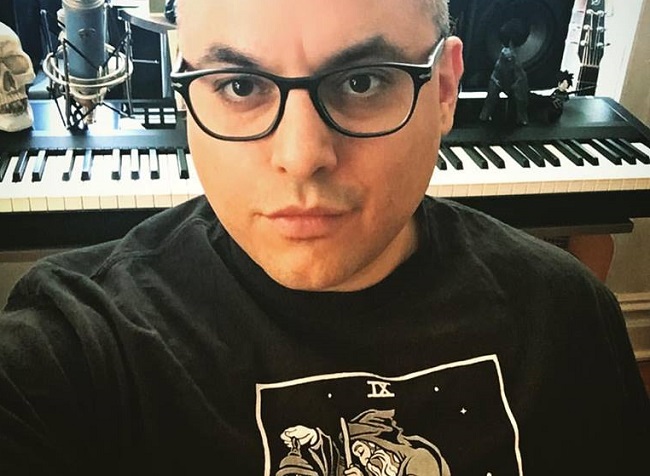 As an only child growing up in the isolated backwoods of New England, Casey found himself drawn to art and literature that helped connect him to something beyond the no-horse town where he lived. In the intervening days, months and years, Casey devoured every Burroughs book he could get his hands on—no small feat in the pre-Internet era. He intuited a connection between Burroughs and the musicians he worshiped, but any concrete information was scant. Even today, there is no authoritative account of the impact Burroughs has had—and continues to have—on musicians and sound artists. New biographies and documentaries about Burroughs arrive with steady frequency, but none to date have examined in detail the depth of Burroughs’ impact on four decades of music creators and the music that changed the world. Many of the musicians in this book are autodidacts, as is the author himself. Burroughs, too was driven by intellectual curiosity, learning from the creative people he encountered. This lifestyle is familiar to Casey, who explored his own cultural vanguard as a performing and recording artist, music journalist, audio engineer, industry analyst, and music critic. In the process, he found his tribe. Currently residing in in Washington, DC, Casey spent a decade advancing the musician cause in the halls of power as the the CEO of the Future of Music Coalition. He now serves as Director of Music Licensing for SiriusXM—the satellite radio service with more than 30 million subscribers. The former president and current board member of the National Alliance for Media Arts and Culture, Casey advocates for creative communities across the country.

My earliest memories as a young child in the late 1970s and early ‘80s are saturated with music, with exposure to artists who at one point or another were part of the counterculture. My parents were pretty hip, musically speaking, and my mother couldn’t help herself from nurturing my rebellious nature, often by directing me to artists I should hear or books I should read. Looking back, I recall my parents listening to artists from the 1960s San Francisco scene, along with Joni Mitchell and Led Zeppelin. And my mom liked the Grateful Dead, who took another several decades for me to appreciate. My dad brought back cassette tapes from Vietnam, some of which were on the heavy side. I can still remember the first time I heard “In-A-Gadda-Vida,” by Iron Butterfly. As an avowed horror fan at age five, that spine-tingling riff was right up my alley. I’m glad I got to know the different shades of rock music through that initial exposure. And it may be why I’ve devoted no small amount of time contemplating American and European counterculture of the mid-20th century, often from a musical perspective.

Of course, my generation had its own counterculture, but by the 1980s and ‘90s, the commodification of music was fairly thorough. But there was plenty of weird stuff if you knew you how to look, which was just what I did. My personal history in underground scenes means I can spot the connections between certain historic and contemporary forms of expression. And that’s probably what provided the impetus to write about Burroughs and musicians.

What has been the relationship between music and Beats in your life? How does music affect your inspiration? As a creative person, there’s a connection in that the Beats were among my first inspirations at the age when I became capable of directing my artistic impulses towards something besides Dracula sketches. The Beats were a permission slip to pursue freedom as boldly as one could manage or endure. It was ecstatic expression, unbridled by the constraints and dictates of mainstream society. All very appealing to a young person, and I partook in my own version of such pursuits.

I identify as a musician as well as a writer, having worked professionally in both realms. The Beats helped me see the 20th century counterculture more holistically, and better understand the inspiration for a number of musical artists who have influenced or interested me. So I’d say the Beats were a cornerstone of my creative and intellectual development. Probably my spiritual development, too, given the many Buddhist inflections in the Beat canon.

What were the reasons that you started the Beat Generation researches? What touched (emotionally) you?

I hadn’t planned on contributing to the field of Beat scholarship, and it’s not for me to say whether I have made a worthwhile contribution. I can say that I had a fascination with William S. Burroughs in my teens and twenties—like many of the musicians in my book, I was drawn to both his writing and his persona. My initial obsession was 25 years ago, and I didn’t expect that my interest would re-emerge in the form of a book. Nor did I realize how relevant those interests might be in interpreting music and culture up to the present. I guess the old man wasn’t done with me.

In terms of the human connection, well, I typically start with fascination and proceed to understanding. I’m always drawn to characters who attempt to transcend the mundane. My book tells the story of not just Burroughs’ attempts, but those of the many artists he influenced. For a number of reasons I explore, musicians were particularly drawn to him, though he had no abiding interest in music.

What was the hardest part of writing this book? Why is this subject matter important today?

Writing a book is hard, period. You have to really be committed to pull it off. And I have high standards, so that makes it even more agonizing. In terms of telling the story, it took a while to gather all the twigs and leaves to make the nest. There were so many connections between Burroughs and the music world that it took considerable effort to catalog them all. But a book isn’t a Wikipedia page, so you need to tell a story. And in that story, maybe you can get something resembling an original idea across. That’s my hope, anyway.

I think the subject matter of how artists shape culture is always relevant. But specifically, Burroughs is relevant because he predicted that the fragmenting of media through technology would erode the shared perception of reality. He was also very clear that this would be weaponized. Hell, he wanted to do it himself.

If you could change one thing in the musical world, what would that be? What are your hopes and fears for the future of? 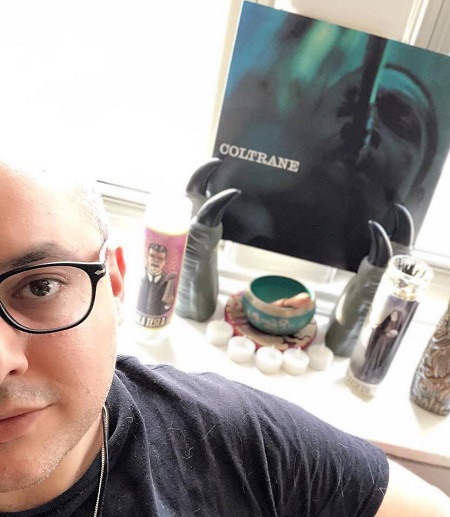 The internet has made so many things more efficient, but it has also impacted everything from artist compensation to cultural cohesion. I’m fearful that humanity isn’t equipped to deal with these shifts, which clearly impacts much more than music. What I’m saying is my fears, such as they are, tend to extend beyond the realm of entertainment, But I can say that a lot of this is tied together.

"So I’d say the Beats were a cornerstone of my creative and intellectual development."

I’d say it’s both, though the genre has gone through so many aesthetic permutations that it’s not easy to see Buddy Holly and Behemoth as part of any lineage. So maybe it is the state of mind that gives rise to all of these different expressions.

What do you miss most nowadays from the Beat movement? Which has been the most interesting period?

Well, I wasn’t actually part of the Beat movement, so I’m not sure I personally miss anything. But I do think that American culture is missing compassion in how we choose to relate to one another, or even ourselves. Mass delusion and aggression spreads like the “word virus” from Burroughs’ writings. Where is freedom? Actually, the nature of freedom has long been debated, and I’m not going to solve it here. But I do believe the Beats advanced a more universal notion of freedom, a kind of animating spirit. And that spirit inhabits more than literature—music is also key to its transmission. That spirit has dimmed in our current times. But existence is cyclical, and there is always renewal.

What is the impact of Beat Generation and Rock culture to the racial, political, and socio-cultural implications?

There are scholars and authors who have explored those questions in great depth. My own take on the development and influence of the counterculture—which is ultimately what we’re talking about—is complex and evolving. There are a great many angles from which to consider impact. What is crystal clear is that the Beat Generation were a tremendous influence on the rock culture of the 1960s. The socio-political implications of these movements can’t be easily summarized, but the aftershocks are still being felt.

Going forward in time seems more appealing. Who wouldn’t want to know how everything turned out? But you can’t ever really know that. Just like you can’t really ever know the past beyond your own lived experience, which of course, is entirely subjective. But if I were to go back in time, I’d probably aim to be a top session guitarist in Los Angeles in the 1970s. Kind of missed my train there. 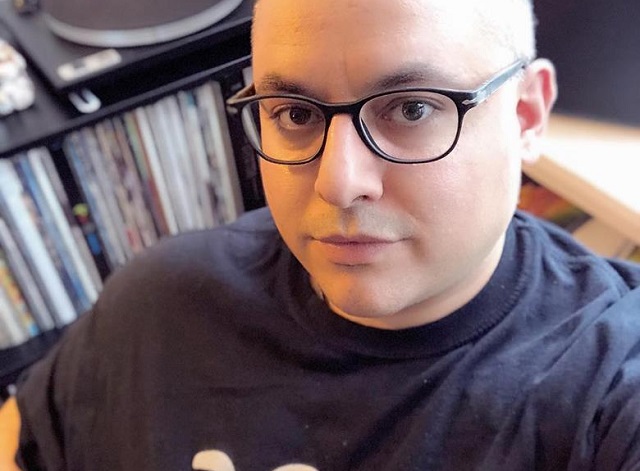