Preston Ritter: The Beat Of Storyteller (R.I.P) You will be sorely missed

Preston James Ritter born in California (April 24, 1949), was drummer, drum teacher and author of drum methods. He played on The Electric Prunes first album and two hit singles before being replaced by their original drummer Michael Weakley during recording of their second album. He has also been involved with Linda Ronstadt, The Beach Boys, and Dobie Gray. Preston has been playing the drums professionally for over four decades. He made his big break starting out with Dobie Gray. Preston was the drummer on all The Electric Prunes' hit recordings from 1966 to 1967. He has also played with other great artists such as Neil Diamond, James Brown, Linda Ronstadt, Bo Diddley, the Beach Boys, Dobie Gray, Fats Domino, Barbra Striesand, The Graham Bond Organization (England), and Sassy Class. 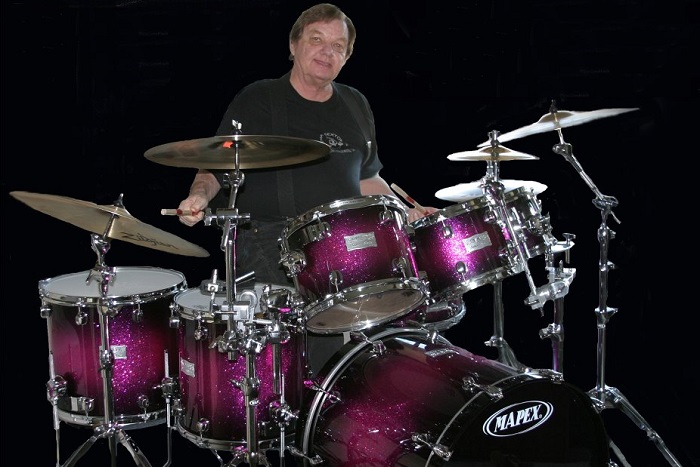 He has appeared on TV's shows like The Ed Sullivan show, Smothers Brothers Comedy Hour, Dick Clark's American Bandstand, Dick Clark's Where The Action Is, The Mike Douglas Show, Cyd Charisse Special, and The Hy Litt TV show. He is on the orginal sound track of the movie "Easy Rider" and is a contributing writer for "Classic Drummer Magazine". He was also a DJ on the old L.A. KGIL-1260AM together with Ken Griffin in 1972-73. Preston played drums for many other T.V. and movie soundtracks and on Korean television programs. Lately, learned Tahitian drumming and played with a Polynesian dance group with his two daughters, Hannah and Larissa. As an author, published several books on drumming, theology (in Korean and English), newspaper columns (Korea Times-regular columnist), several Korean magazines and various newsletters. He had taught theology at several seminaries in S. Korea (1978-84) and was a non-denominational Christian missionary in Korea from 1978 to 1984. Also worked as a Police Officer in Los Angeles and as a L.A. County Sheriff's Deputy. He passed peacefully Monday, March 30, 2015. You will be sorely missed.

What do you learn about yourself from the Rock n’ Roll culture and what does the Blues mean to you?

I was never really a part of the so-called, “Rock n’ Roll” culture. I’ve always been more conservative culturally and politically than most other musicians I’ve known. For example, I never used illegal drugs. I hardly ever drank alcohol. I’ve never smoked anything, not even once. When I see people doing things that I think is illegal or stupid, it irritates me. I’ve never been a follower or influenced by peer pressure to do anything I didn’t like. Still like that today. Most of my musician friends are politically “liberal or progressive,” while I’m a staunch conservative. So to answer the question, I’ve discovered my conservatism by standing out among my fellow musicians in my personality being opposite of so many of them.

As for what blues mean to me, I consider blues to be the foundation of most modern popular music. It has many forms, however. For example, there is the guitar based blues and blues men. Rock comes from that. Gospel is musically related as well. Then there is the type of blues that jazz players have known for decades. Related, but the jazz blues scales have more notes in them than the typical guitar based blues playing.

How do you describe Preston Ritter sound and what characterize your music philosophy? My style of playing is a mixture of rock and jazz technique. I learned how to play in both genres from the beginning of my career, so I feel natural and comfortable in either. The type of music I’m playing determines how I play. Sometimes, I keep everything as simple as possible with few fills or embellishments. Other times, I play with more complicated rhythms and syncopation. I always loved the funk style of playing that James Brown’s band used, for example. When playing for a vocalist, I play more simply and try not to step on the vocals or overplay.

I hear a lot of drummers say that a drummer should just play time or find a groove and only play that. Well, there’s a time and a place for that type of playing to be sure. But it bores me to hear drummers play only grooves. Almost all of the greatest drummers in the history of drumming could play grooves, but they were known most for their solos and more busy styles of playing with a band. Another pet peeve is the drummer that says, “All drum solos are boring! I hate drum solos and you will never hear me play one!” As if they are superior drummers above playing drum solos! In most cases, I’ve found that the drummers who say that can’t play solos very well. That’s why they don’t like them. I like to hear a drum solo constructed with some creative thought, dynamics, tension and release, or even melody. Tell a story with the solo, like the other musicians do with their instruments. We drummers are musicians too, not just bangers, like some seem to think.

Why did you think that The Electric Prunes music continues to generate such a devoted following?

I wish I had a good answer to that question! I’m still surprised that our music still has a following and even a lot of new fans. We had no idea we were creating anything that would last so long or even be considered musical history when we recorded back in 1966-67. I think the Internet may be responsible for some of that. Also various record companies continue putting our stuff out. The fact that our music is still available is part of the reason too, I suspect. We didn’t sound like anyone else from that era. 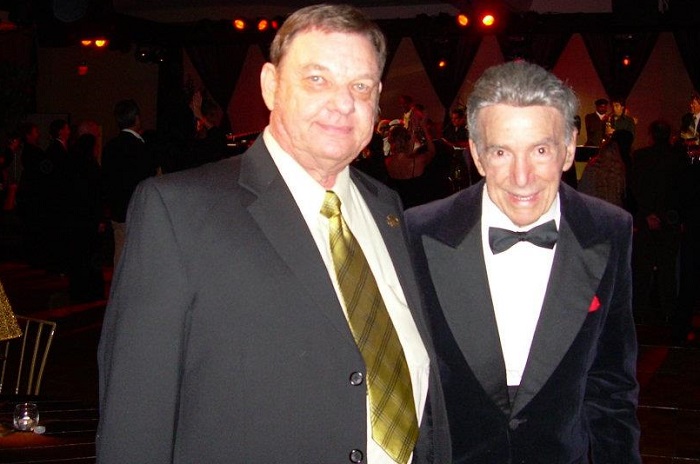 "I was never really a part of the so-called, 'Rock n’ Roll' culture. I’ve always been more conservative culturally and politically than most other musicians I’ve known."

Probably meeting and becoming close friends with the drummer, Louie Bellson (photo). He was my biggest mentor. I was influenced by Sandy Nelson, Buddy Rich, Louie Bellson and Joe Morello, more than any other drummers. You may notice that they are all jazz drummers, except for Sandy Nelson. They all become personal friends except for Morello. I met all of them and heard them all play live many times. Best advice? To LISTEN and to practice. Also to play what I feel inside. I listen to and take ideas from all genres of music, which gives me a broader range of styles to mix in my playing.

Are there any memories from gigs, jams and studio with Electric Prunes which you’d like to share with us?

I have a few good stories about The Electric Prunes, but they are too long to tell here. I can remember feeling that our recording sessions were long, tedious hard work. Didn’t really enjoy recording very much. I prefer playing live for an audience.

I miss the feel, the soul of music when it was recorded without digital Pro Tools technology. Back then, we would actually play the whole song from beginning to end. Now it’s done in parts or sections and pasted together, like a word processor does for writing. Click tracks have taken over in the studios and even in some live gigs. In my opinion, that sucks all the soul and feeling right out of the music. If the musician is listening to and concentrating on the click track, he can’t listen and respond as well to the other musicians. So what if the time isn’t perfect! Digital recording is responsible for click tracks being necessary for recording. I prefer the live human fluctuation in music according to the emotions of the players and the audience. Jazz and blues don’t depend on click tracks, because the feel is more important than perfect time. I wish pop and rock was still that way. Same opinion of “auto tune” for vocals today! Machine-like perfection makes the music soul less. 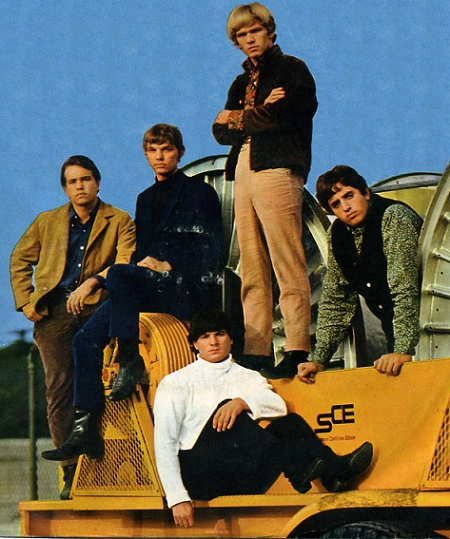 What were the reasons that made the 60s to be the center of Psychedelic Rock searches and experiments?

Hard to answer this. Probably the fact that there was so much going on with so many competing genres of music, we had to experiment to find an original sound. There was a joining of many influences musically speaking, like folk, blues, rock, R & B, country and jazz all mixed together. Even radio stations mixed all those types of music together in their play lists! Now everything is split into their own thing and you don’t hear a mixing like the 60s had.

I think I probably answered that in one of the previous questions above. Like the way music is recorded and the mixing of styles. Radio is becoming less of a factor in today’s world of music, so that probably will never return to what we had in the 60s. Again, technology has invaded to such a degree that how music is made, marketed and consumed has changed radically from the past.

A lot of the memories are a bit blurred with time. I smile when I hear the music we made. I remember mostly the live gigs and the personalities of the artists. Some good and some bad. Can’t relate single memories here. It would take too much typing to relate them. I remember a gig with Linda Ronstadt where there was a bomb threat in the venue. The police evacuated everyone out of the building, but found no bomb. Then we all went back inside to finish the concert. I’m touched emotionally when I discover a new artist or someone I didn’t know about before that is really great. There are so many on YouTube these days! It gives me hope for the future when I see truly talented artists still coming up in the world. There is so much commercial stuff that is awful, I sometimes feel that good music has died. Then I see and hear a real talent and my hope is restored.

"I consider blues to be the foundation of most modern popular music."