"I miss the innocent enthusiastic way that early rock and roll was played. The music nowadays is all hyped up and just business like Joe Bonamassa for instance."

Rod Demick is one of the United Kingdom's top sidemen. Born in Prestatyn, in 1947 and brought up in Belfast, from the age of 5. Rod started his music career as a nine-year-old, learning to play gospel songs on the ukulele. He graduated to guitar, forming a skiffle group called The Vibros. In 1960, the group became The Telstars playing Eddie Cochran and Buddy Holly etc. Then in '63 he heard a Slim Harpo record and changed musical direction. He joined a group, The Wheels, whom along with Van Morrison and Them were the only people playing R&B in Belfast at the time. Moving to England, The Wheels secured a record deal in 1965 with Columbia records releasing 3 singles. In 1967 The Wheels broke up, so Rod & Herbie Armstrong started writing acoustic songs, recording a single as The James Brothers. After seeing Clapton, Green, and Hendrix in the space of two months, he decided to hang up his guitar & switched to bass. He then toured with Screaming Lord Sutch and The Riot Squad. Rod & Herbie met up with Gorton Smith, a country blues picker from Newcastle, and Henry Spinetti, a session drummer from Wales. Together they made two albums as Demick Armstrong. 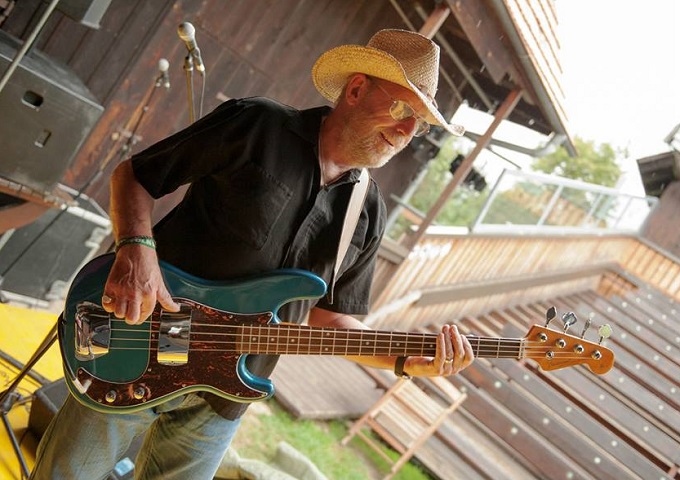 Rod & Henry did a lot of studio work during this period but the band broke up in ’73. The pub rock scene in London had started, soon Dave Robinson, manager of Bees Make Honeycalled and said, “you’ve got the gig”. For the next five years Rod played all over the Europe. Next he played with the established Tex-Mex band Meal Ticket. In 1978 he worked with Yellow Dogwho had two hit singles in the UK charts. He also made 2 albums & 3 singles with an artist, Ian Gomm, & toured the US for about 6 months supporting Dire Straits. During this period Rod started working with The David Essex Band, and from 1979 – 1990 was touring, recording albums and singles with David. Also, he was playing blues gigs around London and recording with The Strawbs. In 1990 he started a blues band with some of the Strawbs. As Turkey Leg Johnson they played the blues circuit around the UK. Later, he joined the Jim McCarty Band, He also worked with Dr. John, Guitar Shorty, Mojo Buford, Ron Kavana, Jack E McAuley, Terry Woods, Taj Mahal, Snooky Prior, and Gatemouth Brown. Moving closer and back to the Blues, he met Paul & Johnny who were with The Blues Burglars. The Sunday lunchtime sessions gave birth to The Paul Lamb Blues Band.When Rod left The Strawbs in 1999, he did a few tours with The King Snakes deputising for Jim Mercer, and finally when Jim left, Rod became a King Snake.

How do you describe Rod Demick sound and progress? What characterize your music philosophy?

My music philosophy is, if I’m enjoying playing the blues I’ll keep on doing it. If I ever stop enjoying it I’ll then I’ll stop doing it... 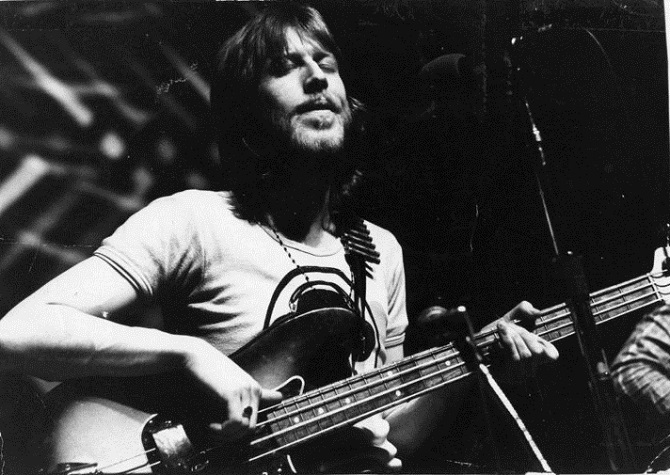 "The reason why the UK was the centre of blues in the 60’s is the fact that the country had been through a long period of austerity in the 50’s after the war and times where really tough growing up which helped young guys like me identify with the Blues masters like Wolf, Muddy and the rest"

The most interesting period of my life was from 1962 until 1972 because that was when I learnt about the music business and how it works. I guess one of the best moments of my career was when I played harmonica with John Lee Hooker in 1964 at a gig in Blackpool UK. My band were opening the show for him and his backing band didn’t make it to the gig because of bad weather. First he went on alone then called us onstage to join him. I was 17 years old and it was awesome (he was incredible). The worst moment of my career was when I was so broke that I sold my Bass guitar to pay the rent and took a job as Greg Lake’s roadie in ELP. Although that was a 6 month learning experience too.

Best jam was with John Lee (Hooker) but I’ve also had some great times jamming with Van Morrison (who is an old friend from growing up in Belfast) Taj Mahal was fun as well. Best and most memorable gigs are: Opening the show for Dire Straits at Madison Square Gardens in 1980, playing at Reading Festival with my own band in 1971, playing at The Royal Albert Hall for a week with the Pop Star David Essex in fact there are lots of really memorable gigs over the last 53 years.. Too many to mention.

When I met Jimi Hendrix and shook his hand backstage at The Marquee Club was pretty cool and as I said earlier meeting and jamming with John Lee Hooker. The best advice ever given to me was from another old Belfast Rocker who at one time employed Van Morrison as a Saxophone player in 1962. The man was called Brian Rossi and he was a terrific Showman and entertainer... He said “Get up on stage and sweat because when people see you sweat, then they know you’re really working!” 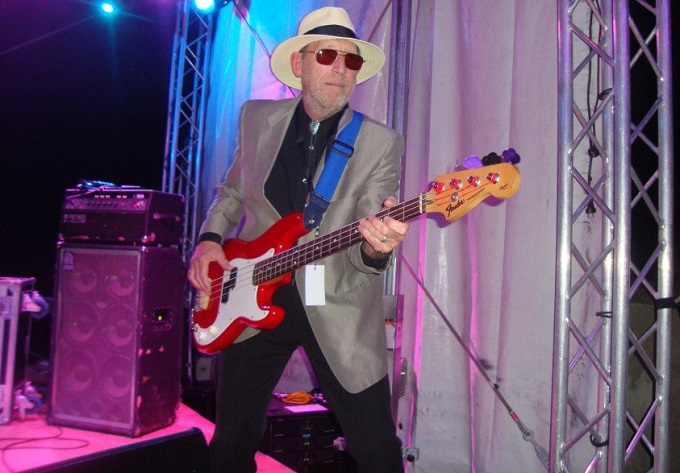 "My music philosophy is, if I’m enjoying playing the blues I’ll keep on doing it. If I ever stop enjoying it I’ll then I’ll stop doing it..."

Are there any memories from Screaming Lord Sutch' and the Strawbs, which you’d like to share with us?

I had some crazy times with Screaming Lord Sutch like the time we crashed on a forbidden road in East Germany 1967 and when he set fire to the drums by mistake during a performance of GREAT BALLS OF FIRE!!! The Strawbs were a bunch of seriously heavy drinkers so most of my time with them is hard to recollect.

I miss the innocent enthusiastic way that early rock and roll was played. The music nowadays is all hyped up and just business like Joe Bonamassa for instance. He’s a great guitar player but so what, it’s all been done before by the likes of Hendrix, Clapton, Buddy Guy and Muddy Waters.

In your opinion what were the reasons that made the UK to be the center of the Blues Rock searches at the 60s?

The reason why the UK was the centre of blues in the 60’s is the fact that the country had been through a long period of austerity in the 50’s after the Second World War and times where really tough growing up which helped young guys like me identify with the Blues masters like Howlin’ Wolf, Muddy and the rest ...

Which memories from "Mojo" Buford, Taj Mahal, and "Gatemouth" Brown makes you smile? 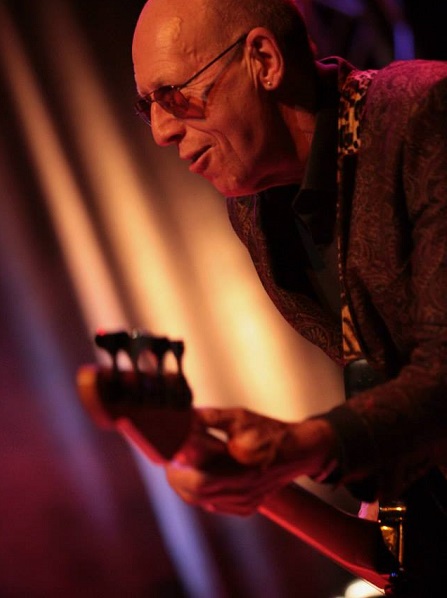 One memory of George “Mojo” Buford was the first time I played with him and he got so drunk he could hardly stand so I sang the complete set while he just played harp sitting in a chair at the side of the stage. We laughed a lot about that years later when he’d quit drinking but he never forgot the night I saved the show. Taj Mahal sneaked up behind me onstage at a Festival in Canada in the 90’s and put his arm around me and started singing. It was in Canada that I met and played with “Gatemouth “Brown. He was supposed to do a work shop on Violin (It was a Folk Festival) but he showed up with his electric guitar and played some great blues accompanied by Me a Drummer and 5 fiddle players it was fantastic, I wish I had a recording of the gig.

What are the lines that connect the legacy of Blues with Skiffle and continue to Rock n’ Roll and Irish/Brit Folk?

Skiffle was started in the UK by a guy called Lonnie Donegan but it was basically reworks of Leadbelly numbers. It introduced a lot of people to the blues. For instance Eric Clapton, Jimmy Page and many many other players.

What has made you laugh lately and what touched (emotionally) you from the local UK music circuits?

The best laugh I had lately was when I met up with Van Morrison backstage at the Albert Hall in November. We were remembering the old days in Belfast and some of the crazy people we knew like Brian Rossi and others on the scene before The Troubles started in Northern Ireland and all we cared about was music.

Finally I would like to go back in time for one day and jam with Muddy Waters and Howlin’ Wolf in Chicago 1950. 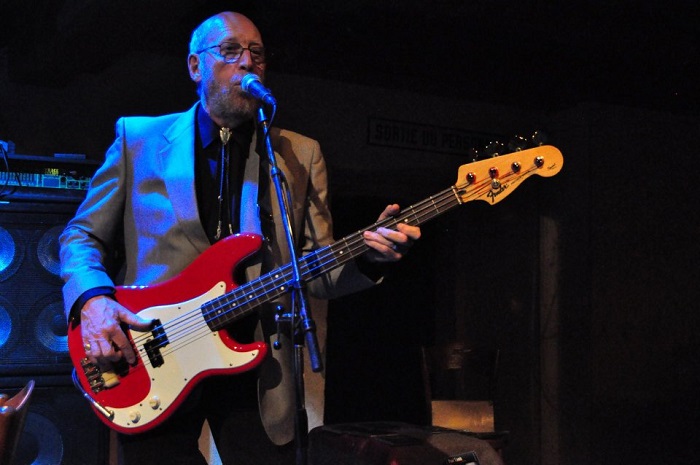