"Like all roots music blues is timeless! It’s not that kid stuff where the video clip is more important than the music itself."

Peter Struijk was born on March 28th in Gouda, the Netherlands. He grew up in and around The Hague. As a child, he visited the local Jazz clubs with his parents, which he hated at first, but learned to appreciate over the years. At a young age he started out on the piano but after a while when his older brother gave him his first real guitar a new love was born! 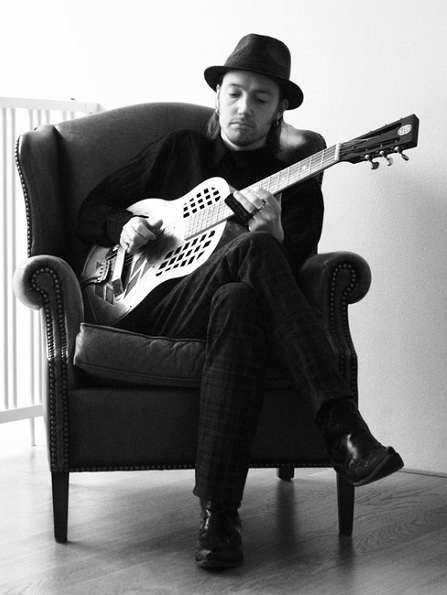 After playing in a couple local blues bands‚ he now works under his own name as musician, teacher and producer. For his debut solo album “Human Ways” he recorded with Dutch blues greats Robbert Fossen, Little Boogie boy, Hammie van Hall, Peter van Zon, Dihl Bennink and the legendary Chicago blues singer Tail Dragger, with whom he also shared many times the stage at blues clubs in the “Windy City” Chicago USA!

At this moment Peter is playing with harmonica player Peter van Zon as “Sweetback Petes” for a true Mississippi delta / Chicago experience and with allround bluesman Robbert Fossen as duo and as band formation under the name "Robbert Fossen & Peter Struijk". In 2010 he launched his own blues and roots record label "Blueshine Records" where you can find albums of Ted Gerrits, Little Boogie Boy, Robbert Fossen, Big Wil & the Bluesmen and more!

The blues means a lot to me, it’s a pretty big part of my life and lifestyle.
To be honest, about ten years ago I was suffering from anxiety disorder and depression. It was in that time that my style of playing changed a lot. No more loud guitar riffs but only an acoustic guitar and a slide as my companion and it helped me big time!

How do you describe Peter Struijk sound and progress, what characterize your music philosophy?

I never learned to play a song or something like that, I just play what I feel. I don’t believe in rehearsals to much in my style of playing. I always try to play with feeling and dynamics. When somebody comes to me after a gig with the words “you made me cry” or “it gave me goose bumps” I know I did a good job.. "I wish I was there when Son House and Willie Brown were playing in the jukejoints. I would just sit there and listen in silence... ahhh."

I think life in general is very interesting. I love nature and animals and stuff like that, that part of the world always give me a feeling of peace and happiness. I don’t really have a “best & worst” moment. Music is not only my passion but it’s also my job and with every job you will have good and bad moments but if I have to mention some moments, one of the best moments up till now, I had when I was playing in the clubs in the West and Southside of Chicago with my longtime friend Tail Dragger. I learned a lot from him! The worst or better to call it “not so great” moment in my career is when I noticed there’s a lot of jealousy and envy in the music scene, it just don’t fit in the blues.

Every gig I play is in some way a “jam” because it’s always improvising. I love it when all the musicians feel each other and knowing what the other wants. Like with my band “Fossen & Struijk” with Robbert Fossen, Eduard Nijenhuis and Jan Markus, sometimes it looks like we have one mind and do the same thing at the same moment. Yeah I like that! Than we smile to each other!! I can’t really choose which gig was the most memorable but for sure one was at the Amal Blues fest in Sweden, Robbert and I played there a show with Tail Dragger. To see how Tail Dragger played his old school Chicago blues in front of around 4000 people is very impressive! "When somebody comes to me after a gig with the words “you made me cry” or “it gave me goose bumps” I know I did a good job..." (Photo: Peter and Tail Dragger)

I met a lot of people, other musicians but also just people from the audience who tells you stories about life and the blues. The best advice I had was from Tail Dragger “Take your time son”.

Are there any memories from Chicago blues singer Tail Dragger which you’d like to share with us?

About twice a year I visit Chicago to spent some time with my friends over there, not only Tail Dragger but also Liz Mandeville and Rockin’ Johnny. They all gave me great memories and friendship, it always feels like going home when I’m there. A funny experience was when Tail Dragger and I played in a club and like always he was the last person who left the building early in the morning. A lot of fun and… a lot of whiskey so I had to find our way back home by myself because the man felt directly asleep when we were in the van. Well, I found it! Then he said “come on motherfucker, we going home!” In his world we were still at the club…haha

Make an account of the case of the blues in Netherlands. Which is the most interesting period in local scene?

The Blues scene in the Netherlands are really not so bad at the moment. We have a lot of fests and clubs over here where you can enjoy blues at least every day of the weekends. Also many blues and jazz societies, radio programs and the Dutch Blues Foundations are helping to keep it going. 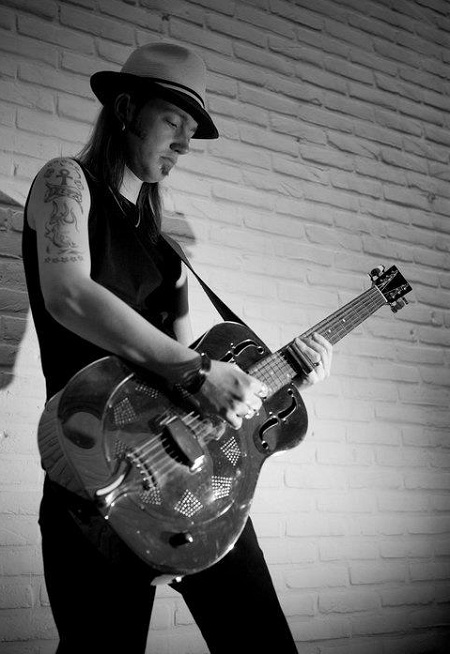 In my opinion It’s the same thing.

"The blues means a lot to me, it’s a pretty big part of my life and lifestyle."

With the slide or bottleneck you are able to play the whole and half notes what we use most in “Western” music, but also quarter notes or even less than that. So it’s perfect to imitate the human voice and to express emotions. Many old Delta players were singing a line and answer it with the slide and you can still understand what they were saying. The big secret are the Mojo Bottlenecks that I make in my spare time, you just can’t live without them... No just kidding, there are not really secrets about playing slide but it helps when you have a some good ears. I can play normal guitar without hearing it but that’s almost impossible with bottleneck guitar.

You are also known as owner of "Blueshine Records". How started the thought of blues and roots label?

Like many other artist who have an album ready to release and don’t want to take the time to find a good record label to release it, I released my first solo album “Human Ways” (where Tail Dragger is also on) by myself. But I wanted to do it on the right way so I started an official label where I almost directly started to release also for other artist of my interest. Soon my second solo release “Straight Blues” will be available with special guests, Liz Mandeville, Rockin Johnny, Robbert Fossen, Peter van Zon and Riverside jr.

Blues is and always will be everywhere! Sure there is real blues! Some people think you have to be an old black man from the delta to be a bluesman but they forget that many of the “old” blues masters died before they were “old”… As long as you play what you feel and feel what you play, it sure is real!

What do you miss most nowadays from the blues of music? What are your hopes and fears for the future? 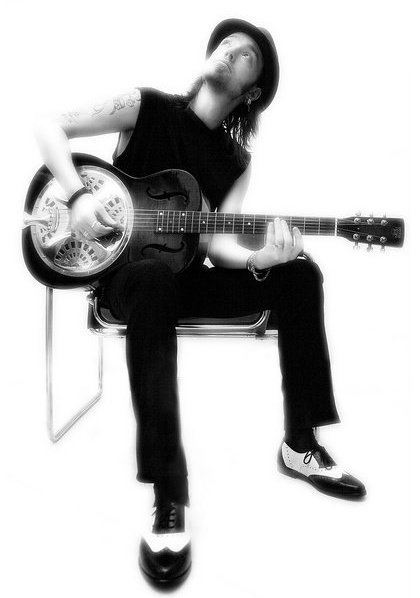 I don’t miss a thing! Of course I hope that I will keep on growing in the music scene. Not only as a musician but also as producer for my Blueshine Records label. My fear is that there will be born more Justin Biebers and Miley Cyrusses… (smile)

"Blues is and always will be everywhere! Sure there is real blues!"

I wish I was there when Son House and Willie Brown were playing in the jukejoints. I would just sit there and listen in silence... ahhh.