"Meanwhile we weren’t very careful with our Mother Earth, so what we need now is a kind of "Woodstock for the World" to raise consciousness, we are running out of time."

Wherever Harry goes he creates a positive vibe. Songs with heart and soul and great lyrics remind you of the better days of the sixties. Harry’s great voice in combination with the brilliant sound of his Landola guitars (Finland) and screaming harmonica’s sounds like Dylan in his best days. Having his own regular shows in Europe and the United States. He started playing in the streets of London in 2001, he often performs for as Amnesty International, Warchild and other organizations against war and racism and injustice. He got connected with Brian Haw, the British Peace campaigner (Brian of Westminster), who occupied Parliament square till he passed away June 2011. Brian was a great inspiration to Harry, between 2007 and 2010 Harry performed his own Peace concerts at Parliament square to support Brian. 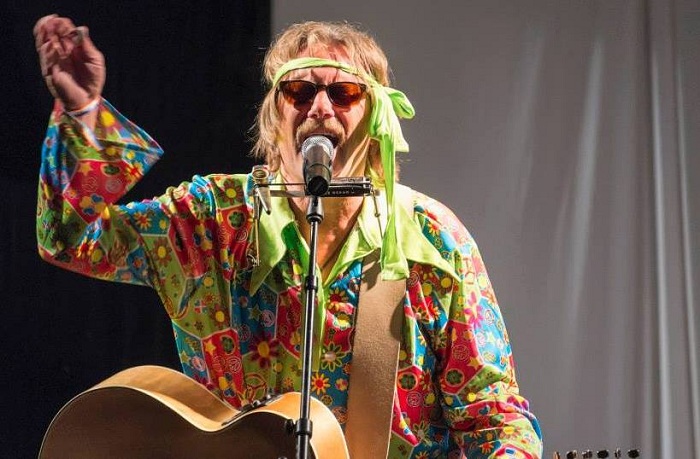 In 2008 Harry met Michael Bowen the famous Beat painter from SF. Michael and his friend Allen Cohen held the first Human-Be-In 14th of January ’67 SF Golden Gate park. The story is mentioned in Harry’s song; Dear Michael. Michael called Harry the messenger, and inspired Harry to write songs about “2012” the new Summer of Love. In fact the first Human-Be-In, created the Summer of Love ’67. In 2010 Harry was asked for a Bed-In for Peace in Eindhoven (NL) 3 days with a 24 hours broadcast on television (Studio Vlemmix). Harry decided only to drink water and eat dry bread for those 3 days. It was a great happening and it created a positive vibe among the viewers of the TV channel. The 15th of October Harry joined Occupy Amsterdam, and opened with his song “Children of the world”, his Imagine version was a hit on You Tube. At X-mas time Harry visited many Occupy’s in the Netherlands (and in January 2012, London, UK) to give Love & Light concerts. Harry was invited and has played with many famous artists such as Melanie Safka, Peter Green, Sheena Spirit, Slade, Eric Burdon and many more.

How do you describe Harry Loco sound and progress, what characterize your music philosophy?

A unifying message between now and the sixties, the Be / In and Summer Of Love ‘67, the pure sound of my Finish Landola guitars , Lee Oskar mouth organs and voice, no tricks, authentic, you see what you get.

Firstly, the injustice that was done to me personal, then I wanted to save others from injustice, meanwhile I met Brian Haw in London 2001 he was a great inspiration to me, in 2008 I met Michael Bowen he brought LOVE instead of just protest in my songs. "The Human Be-In focused the key ideas of the 1960s counterculture: personal empowerment, cultural and political decentralization, communal living, ecological awareness, higher consciousness (with the aid of psychedelic drugs) we have crossed the edge to the Age of Aquarius now, so all those ideas of the sixties can be released."

NOW, now it is the most interesting period in my life, and I guess it always will be! Worst … none; as an artist you should be humble, unless you are into the music INDUSTRY……

Because this type of music can only be played with heart and soul, call it the VIBE!

Best jam most memorable, last year the performance with Melanie Safka, oh …and so many … The biggest gig (so far): 2003 Dam square Amsterdam over 80,000 People. Not a gig but very special the recordings in the formal studio of Rory Gallagher and Peter Frampton in Camden (London); without  knowing they arranged a whole  band to do the recordings, while I thought I was just going to do a solo recording; that was quite a surprise! 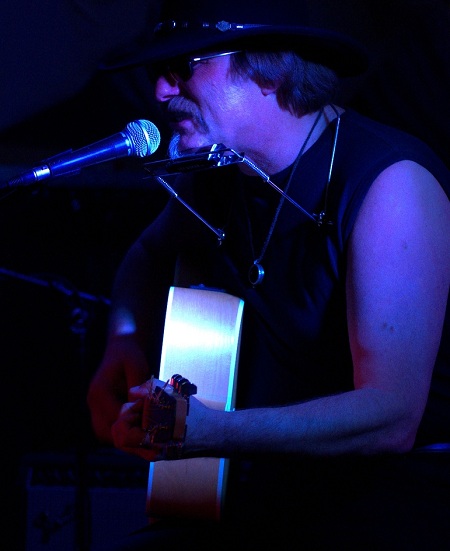 Brian Haw and Michael Bowen; both say; …. just BE, show who you are.

Brian William Haw was an English protester and peace campaigner who lived for almost ten years in a peace camp in London's Parliament Square from 2001, in a protest against UK and US foreign policy.

Michael Bowen was an American fine artist known as one of the co-founders of the late 20th and 21st century Visionary art movements. His works include paintings on canvas and paper, 92 intaglio etchings based on Jungian psychology, assemblage, bronze sculpture, collage, and handmade art books.

An icon of the American Beat Generation and the 1960s counterculture, Bowen is also known for his role in inspiring and organizing the first Human Be-In in San Francisco. Chronicled in books and periodicals reflecting on the turbulent 60s, Bowen's historical impact on both the literary and visual art worlds is well documented. He remains influential among avant-garde art circles around the world.

When I met Michael in 2008, he knew he would die soon, that’s why he liked FINLAND THE SONG so much! And he told me; “Harry there is a third layer in the song”, that’s the way man goes spiritual through his life. Then he did decided a video would be made of this song in front of his famous painted Mandela.

What was the relation between music and beat generation? What are the lines that connect the Arts with Activism?

Well I wasn't there but heard the stories, it was more or less a crossover; poems, music & arts and People had the same feeling that something beautiful should show up; the dawn of the Age of Aquarius. I had the same idea when the Occupy movement did start in 2011, that was in the beginning a perfect match between arts and activism. Don’t forget artists and bohemians were always the first to bring in new ideas. 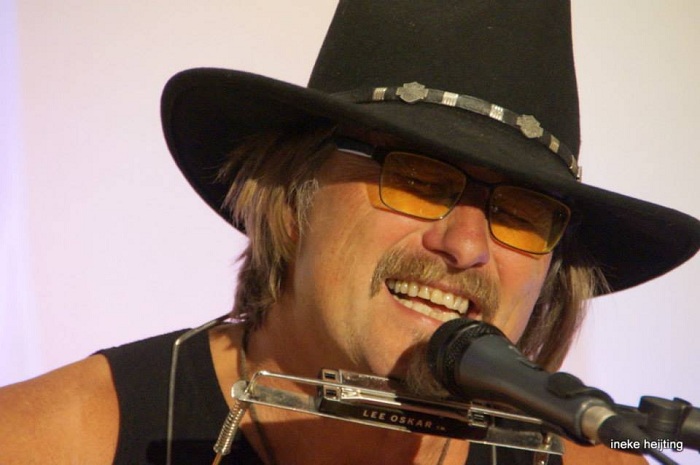 "NOW, now it is the most interesting period in my life, and I guess it always will be! Worst … none; as an artist you should be humble, unless you are into the music INDUSTRY…"

Well the past is well documented, for the future I hope that musicians start being themselves! Not go into the mainstream copycat scene and music industry….; just learn to play an instrument and express yourself. All those so called talent programs are bringing nothing but ego’s.....

How we can change the world? How can the arts crush the shackles of the human spirit and mind?

The Human Be-In focused the key ideas of the 1960s counterculture: personal empowerment, cultural and political decentralization, communal living, ecological awareness, higher consciousness (with the aid of psychedelic drugs) we have crossed the edge to the Age of Aquarius now, so all those ideas of the sixties can be released. Meanwhile we weren’t very careful with our Mother Earth, so what we need now is a kind of "Woodstock for the World" to raise consciousness, we are running out of time. Mother Earth will survive, but humanity will be lost. But.....it’s not too late yet! See what 2014 will bring….and nobody can change the World, YOU can change, and the changes you will cause will find a way into the World. If we hold hands together we can make it better all of us with our own strength passion and LOVE.

Which memory from Melanie Safka, Peter Green and Eric Burdon makes you smile?

Well Melanie is still one she was at Woodstock, and she is SO BEAUTIFUL! So the first time I met her only words I could say were; You are so beautiful! And she loved that. And a quick story about Eric Burdon (he is such a nice fellow) I lured him to his waiting fans, which were waiting outside, before the show in Paradiso Amsterdam. Man he almost got drowned in the attention of fans; it was not so clever of me…. But he did like it a lot! "Well the past is well documented, for the future I hope that musicians start being themselves! Not go into the mainstream copycat scene and music industry….; just learn to play an instrument and express yourself. All those so called talent programs are bringing nothing but ego’s....." (Photo: Beau Jarred Schekeryk, Harry Loco and Melanie Safka)

Make an account of the case of music in Holland. Which is the most interesting period in local music scene and why?

I think the most important musical period in the Netherlands were the sixties, with bands like the Outsiders, Motions, Rob Hoeke and Golden Earring , and singer/songwriters like Boudewijn de Groot and Armand. After that the scene more ore less collapsed , now a days there's no really interesting things going on. So the "old" stuff still remains. 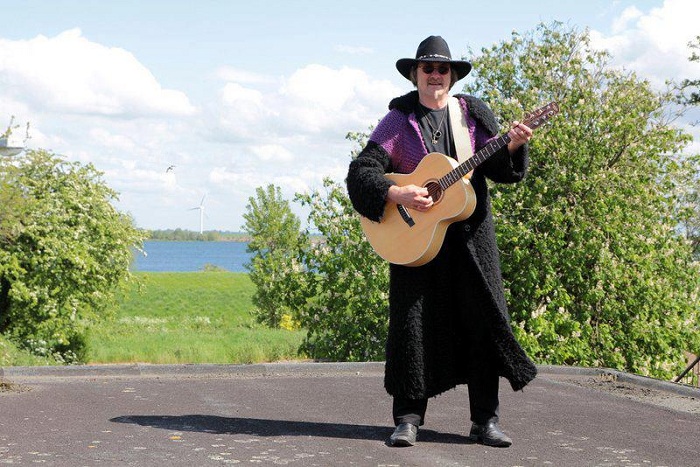