East Coast-based drummer Mark Teixeira has recorded and performed with a host of Blues and American music greats.

"Music is the universal language. And it does cross political and social and cultural divides. I think we can learn a lot about how to bridge the gap’s between people from studying how music bridges those gaps. You can take a great feeling piece of music anywhere in the world and people will enjoy it." 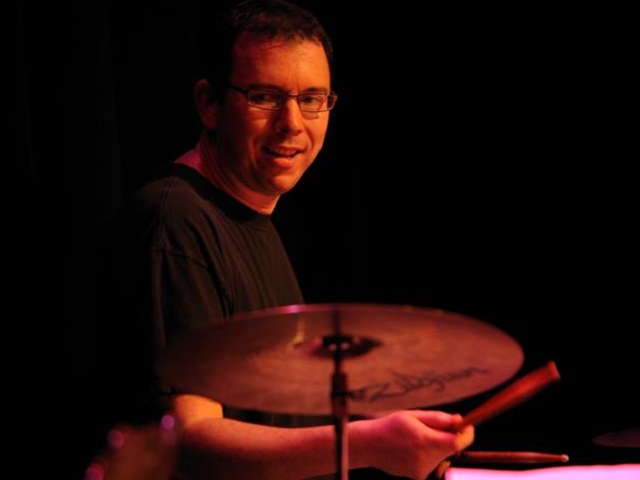 What I’ve learned from some of the great musicians I’ve worked in the Blues world...is how to be honest, clear and concise when expressing yourself musically. As a drummer that can be just making sure the music and musicians feel really good from the foundation your providing them and to pick your spots when making a statement musically ... and to make those statements clearly. I from listening to the masters and playing with people like Duke Robillard and Little Milton to just say what you have to say within the music. All good musicians do this, I think. I learned never to be tricky for the sake of being tricky. That’s just helps you lose your connection to the music ... and the gig!

Blues to me is just about a pure feeling and sound. I think the music is about Simplicity in expression. There can be a level of virtuosity in it ... like a Robert Johnson or Lonnie Johnson etc. But it’s a direct and simple form that can contain so much when it comes from a real place. Like...just JB Lenoir and his guitar or Otis Span and just his piano or Robert Johnson or Muddy Waters all alone without a band. That can convey the whole thing. When you get a band, who can all express that kind of thing and understand it together then look out!

What touched you (emotionally) from the sound of drums? How do you describe your sound and progress?

The drums attracted me because rhythm seemed to come naturally to me and I was drawn to the elemental raw quality of the drums. When I heard a good drummer, it would immediately touch me and reach me somewhere down deep... just the groove the sound and feel or swing of it. My dad played and so sometimes his drums were around the house. My brother and I would both get on em and play. I remember seeing a show in Disneyland on a family vacation when I was a kid... The show was kind of cheesy I remember… but the drummer was killing it with a wicked groove and a wicked sound... I remember standing transfixed behind him while he was playing. My family wandered off then came back to find me there still digging this drummer. I think something deep down clicked at that moment. Maybe I was about 10 years old.

As far as my own sound and progress goes. I feel I’ve gotten to a point where I can get a good sound out of the instrument under most circumstances. And I don’t know...Each experience you have builds on your past experiences and you grow as a player and a person. I feel I’ve grown quite a bit and it’s a continuing process that doesn’t end. Experience allows you to relax in different situations and do whatever is needed to make the music happen. So that’s what I try to do. When you are playing with others who share that purpose it’s pretty much about as good as it gets. My ears are just as wide open as ever. I’m also interested in doing more composing and songwriting so I’m working on that as well. 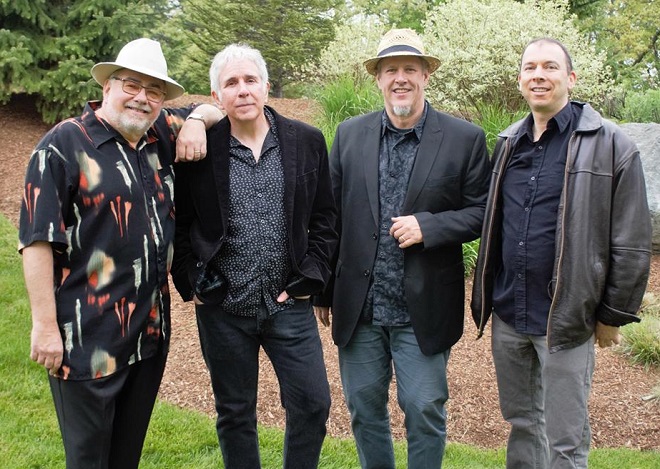 "Blues to me is just about a pure feeling and sound. I think the music is about Simplicity in expression. There can be a level of virtuosity in it .... like a Robert Johnson or Lonnie Johnson etc. But it’s a direct and simple form that can contain so much when it comes from a real place." (Photo: Duke Robbilard Band)

All the people I’ve played with and learned from have been important. But I would definitely say when I joined Duke Robillard’s band that was very important. Not only for what I learned playing in that band with the different musicians that have been involved with it... but also the friends I made just by being in that band. So many of the Great musicians that I’ve met through working with Duke I continue to play with till this day in lots of different situations. So that was a very important experience. It was also the most road work I’d ever done. I became a seasoned road dog in that band long ago.

Playing with Roscoe Gordon. That guy would try anything in front of any size crowd! He was just having so much fun every time we played... he would jump on the piano and take some real chances there...lol. The spirit he carried...I wish I could convey in a story but it’s difficult ...he was something else. He’s a good reminder for me to always enjoy the music. Even when the music is very challenging and requires all you’ve got... or even if the situation is challenging for some other reason, try to enjoy it...enjoying it is infectious.

What do you miss most nowadays from the music of the past? What are your hopes and fears for the future?

I listen to a lot of old music. I don’t have to totally miss it because I have so many old recordings to enjoy. Plus, YouTube and different things like that allow us to at least go and experience many of the old masters. That’s not the same as going to hear/see someone in the flesh but at least we have that from them. I think it’s important to go back and listen to the early stuff in any genre of music that you’re interested in. That helps to give you context and a deeper understanding of the music. I wish I had been around to see a whole lotta people that came before my time or that I missed. But what can you do? I like a whole lot of new music as well. Time moves on. I like a lot of what I’m hearing nowadays in the jazz and blues and rock worlds. Things are just more fragmented perhaps than they used to be. The live music scene is changing and challenging but I’m optimistic that it’s here to stay. "Blues to me is just about a pure feeling and sound. I think the music is about Simplicity in expression."

How has the blues, jazz, and rock influenced your views of the world and the journeys you’ve taken?

Those music’s and the people who perform them have influenced me on so many levels it’s hard to put it in words. Obviously listening to them has put me on this path of doing what I’m doing ... playing music. But whether it be BB King, Charlie Parker, James Brown, Hank Williams or The Beatles, all the great Jazz, Blues, Rock and whatever else... artists I’ve listened to have influenced me with their creative spirit and the humanity in their music. They set the bar so high that it’s inspiring and something to aim for in our work even if we don’t reach it. And all the great drummers of the past and today sure will keep me inspired and practicing for as long as I’m playing. There is So much to work on and learn. Music is very humbling. Maybe THAT’s the biggest takeaway right there.

That’s a hard question for me to answer. The one thing I know for sure is that music has served to bring people together rather than to divide them up. I mean we all know that blues comes out of the African-American experience. But the music is there for everybody to feel and enjoy and play. Music is the universal language. And it does cross political and social and cultural divides. I think we can learn a lot about how to bridge the gap’s between people from studying how music bridges those gaps. You can take a great feeling piece of music anywhere in the world and people will enjoy it.

Congo Square, late/middle 1800’s. That would be something to see & hear. 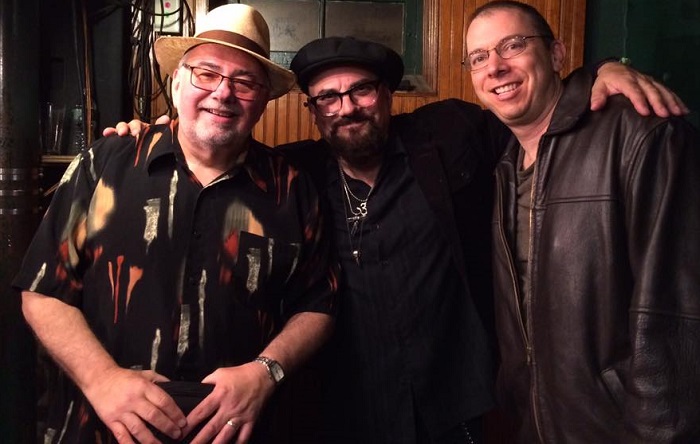