"My understanding of (American) Roots music is that musical influences arrived here with people from other countries and cultures, such as Africa and Europe, but then developed to such a degree that they are now considered distinctly (U.S.) American."

California singer/songwriter, Robert ‘Bobbo’ Staron is a folk legend in his own right. His last release on 2014 was an impressive 25-song album titled Blood O the Lamb, Staron takes you on a musical journey, laced with Folk elements throughout. Staron is a seasoned musician who has played his heart out to many. The album consists of original folk songs that are brought to life with his acoustic guitar, and help of fellow musician, Michael Stromberg. Although the last 17 years of the musician’s life were spent as an electric and upright bass sideman, he did his own thing before those days. And that’s exactly where these tracks come from; after sifting back through his old music, select tracks stood out to him. He then took those songs, reimagined them, and gave them a new life on this album. 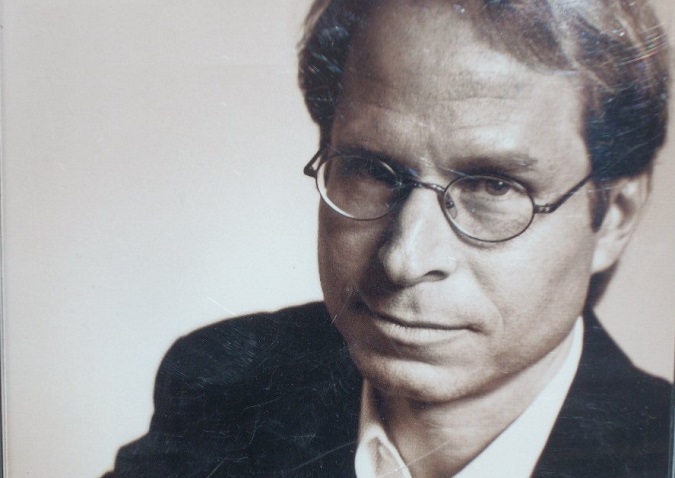 Bobbo said to The Los Angeles Underground Free Radical Folk Singer Quarterly: “I came to Los Angeles at the end of the seventies to be a cosmic cowboy.  Ended up a punk rocker.  My band was Ayn Rand. You know, putting up posters downtown and on Melrose.” Bobbo Staron was also a member of improvisational performance poetry troupe the Carma Bums with Michael Lane Bruner, Scott Wannberg, S.A. Griffin, Doug Knott, and Mike Mollett. The group modeled itself on the Beats, the Merry Pranksters, and the poetic avant-garde. The Carma Bums are words overlapping, windmill warriors, ghost of a 59 Cadillac, burning leaf, bad brothers, high cool, start from zero, gamblers from the inside, broken gas gauges & magic light bulbs in the dark, discovery, recovery.

What do you learn about yourself from the Folk Roots music and culture? What does the blues mean to you?

My understanding of (American) Roots music is that musical influences arrived here with people from other countries and cultures, such as Africa and Europe, but then developed to such a degree that they are now considered distinctly (U.S.) American. BLUES and Appalachian mountain folk music were the first non-pop songs that I heard as a young person and those forms opened my eyes and ears to the real power and significance of music based in honest truth. Particularly the blues form and the so-called murder ballad.

The blues tell the truth at the moment, whether it is pretty or not. That is what I learned about myself, that I was ultimately happiest when making and playing only the most truthful and honest music and songs.

How do you describe Bobbo Staron sound and songbook? What characterize your music philosophy?

My music, (the songwriting and playing style, the acoustic sound, and the somewhat spoken words) seems to appeal to a specific sub genre of folk music aficionado. The sum of the parts seems to be bigger than the whole. My singing is not sublime, my playing is not refined. However, my lyric writing is my calling card and together it either works for you or doesn’t. It’s not wrong. Just a bit different. I have learned the hard way that it is best to just be yourself. Not really groove oriented, more narrative driven. Much longer musical phrasing so perhaps if one’s ears are used to a tight hook it may feel a bit odd. I also have a strong affinity for the early Work Songs. And call and response.

What were the reasons that you start the social, spiritual and cultural Rock researches and experiments? 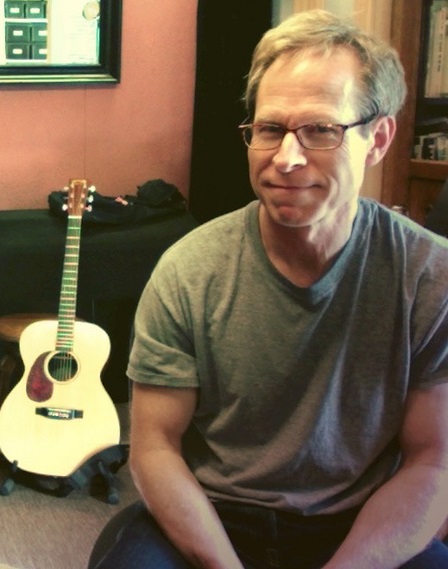 By the time I was about 21 years old I had spent most of my musical education emulating the artists I admired. I tried to sing like them, play like them, write like them. A friend of mine at the time listened to me once and said, yes, fine, but what do YOU sound like? That was a major turning point in my progress. From that point on I was determined to forge my own style even if people thought it was completely noncommercial or even unlistenable to their ears. I have endeavored to strike a balance between mellifluous and strident.

Which meetings have been the most important? Are there any memories which you’d like to share with us?

When I was just turning twenty one I reluctantly took a job as a rock roadie for a few big name touring artists. I say reluctantly because I was putting my own band together at the time in Hollywood, CA and wanted to focus my energy in front of the audience, not behind the scenes. But the pay was good and the travel took me all over the world so I took the job and I’m glad I did because I got to see the whole story. The glamorous parts and the down and dirty parts. What I learned from meeting some of these world touring artists was that their focus was laser like. These people got where they were because they worked their asses off and NEVER gave up. I got to see firsthand how team work is so important in band situations and how if you bring your A game things will usually work out for the best. Divas get old real fast.

I often find the most exciting experiences for me derive from the minimum ingredients. I love fine artists who make clever and beautiful things out of almost nothing. The music we are discussing here shares that for the most part. Roots and Blues can be created really without even an actual instrument. I mean of course, the voice is the honest to god miracle, but you know what I mean. Today’s technologies sometimes put the cart before the horse.

What are the lines that connect the legacy of Blues with Folk, and continue to Bluegrass, Jazz and Rockabilly? 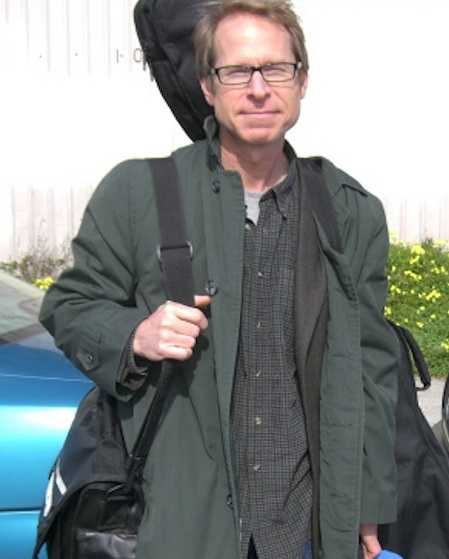 I have worked as a sideman for hire in situations involving every one of the roots genres you mentioned. One seemed to flow into another on a spectrum. And each genre seems to have split into both a traditional and avant-garde evolution. All of them are more or less derived from Blues, from rustic to elegant. I was born in a steel mill town in North East Ohio and all of that music was right there. Because that’s who those people were.

How important was the poetry in your life? How does affect your mood and inspiration?

What has made you laugh and what touched (emotionally) you from your days with the Carma Bums?

At the beginning, or at that time really, Scott Wannberg was the Non Outsider. Which if you knew Scott well then that’s funny. I mean Outsider in the art world sense. Some of us became self-aware of our outsiderness and turned inside.

Jazz and Adult Themes. Even when we think back to those days, even young people seemed older. I believe it was the War and Reality right in your face. Society was very very structured as a means of survival, at least survival of the people in power. Although today’s kids might put it on, it’s not really for kids. I mean put it on as in emulate it. The pop music of the day was jazz. And Swing, well that seems like it was heartfelt and honestly MUSIC FIRST, a real nexus. If they could forget the war, they could forget anything. Dance.

What is the impact of Blues & Folk on the literary tradition, and what is the relationship of music to the racial and socio-cultural implications? 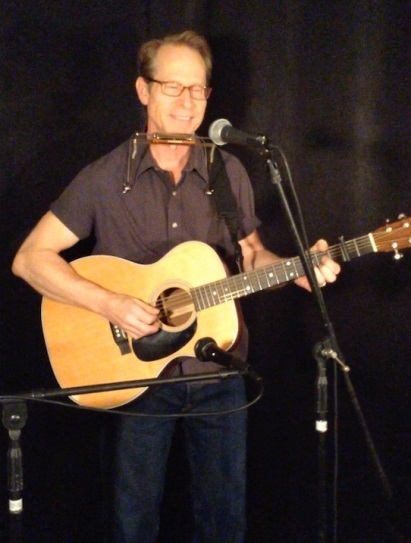 It’s when the words come off the page. Like when the music is in the air. When we play a written piece, the notation is the instructions. The blueprint. The blueprint is not the building. When anything is manifest into the third dimension, it is vibrating. So, oh my god, the word manifest, well get ready for religion. Really powerful.

The oral tradition of speaking stories through generations held the frequency. They vibrated, they lived. Combine that with music you are born with and it will reverberate with overtones. Overtones are felt even if one is not aware of it. After all, vibrations pass through us. So then the word which is off the page begins to be described on the page. As above so below.

I would be curious to experience a time before musical temperament. I suppose this is a fantasy, because I would hope it would be some kind of music I might be able to culturally grasp, I guess the same musical strata but before the compromises in intonation and transposing within the piece, etc. I am drawn to microtonal music so, like that. But of course would be cool to see JS BACH improvise. On a serious note, closer to home timewise, I am fascinated by how the poorest people historically could get an instrument or make them and to what lengths and sacrifices. How people learn or teach themselves under the harshest circumstances.