"The blues is life. It's that simple. It connects us all. Everyone has things in their life that go wrong and the blues helps pull them through."

Shemekia Copeland: The Majesty of the Blues

While only in her early 30s, two-time Grammy nominee Shemekia Copeland is already a force to be reckoned with in the blues. She’s opened for the Rolling Stones, headlined at the Chicago Blues Festival and numerous festivals around the world, scored critics choice awards on both sides of the Atlantic, shared the stage with such luminaries as Buddy Guy, B.B. King, Mick Jagger, and Eric Clapton, and has even performed at the White House for President and Mrs. Obama. Heir to the rich tradition of soul-drenched divas like Ruth Brown, Etta James and Koko Taylor, the singer was presented with Taylor’s crown by her daughter, Cookie, on June 12, 2011 at the Chicago Blues Festival and given the honor of the new “Queen of the Blues”. 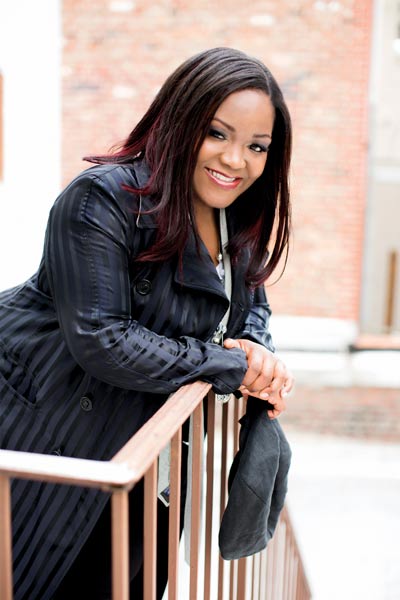 Copeland’s passion for singing, matched with her huge, blast-furnace voice, gives her music a timeless power and a heart-pounding urgency. Her music comes from deep within her soul and from the streets where she grew up, surrounded by the everyday sounds of the city – street performers, gospel singers, blasting radios, bands in local parks and so much more. Born in Harlem, New York, in 1979, Copeland actually came to her singing career slowly. Her father, the late Texas blues guitar legend Johnny Clyde Copeland, recognized his daughter’s talent early on. He always encouraged her to sing at home, and even brought her on stage to sing at Harlem’s famed Cotton Club when she was just eight. At only 19, Shemekia stepped out of her father’s shadow with the Alligator release of 1998 debut recording, Turn the Heat Up!, and the critics raved. Her second album, Wicked, released in 2000, scored three Handy Awards and a Grammy nomination. Two years later, Dr. John stepped in to produce her third recording, Talking To Strangers (2002). Copeland released The Soul Truth in 2005. The album was produced by legendary Stax guitarist Steve Cropper, and featured generous doses of blues, funk and Memphis-flavored soul. Never Going Back, her 2009 debut on Telarc, captured Copeland at a crossroads on that artistic path. Copeland’s Telarc recording, 33 1/3, received Grammy nomination for Best Blues Album (2012). In 2015, Shemekia released her 8th album, Outskirts Of Love (Alligator Records). “I’m a lifer, singing about things that bother me, using my music to help people, Shemekia says. My dad always said ‘we’re all connected.’ I’m an old soul marching to the beat of my own drum.”

The blues is life. It's that simple. It connects us all. Everyone has things in their life that go wrong and the blues helps pull them through.

And the music is there to help you celebrate when things go right. Rich or poor. Young or old. Everyone has experienced the blues.

How do you describe Shemekia Copeland sound and songbook? What characterize your music philosophy?

I make contemporary blues music that is based on traditional blues but not restricted by it. So I try to bend the blues without breaking it.

I sing about issues that are relevant today, particularly to young women, such as domestic abuse as opposed to "my man left me, ain't that sad." "I'd like to see the blues evolve and grow. See more creativity rather than just copying what the artists who came before us did." (Shemekia Copeland – Photo © Mike White / Alligator Records )

Meeting Koko Taylor was enormously important to me. She gave me lots of practical advice. Perhaps the best advice came from B.B. King who told me to be patient. Buddy Guy also told me to stick with what I was doing and that my time would come. Patience is a tough lesson but great advice.

Dr. John also advised me, "Don't worry about the music business. Just be yourself. Make yourself happy. Make music you like and everything will work out."

Are there any memories from the late great Johnny Copeland which you’d like to share with us?

When my Dad was sick and dying, he asked me to go out on the road with him, do a few songs, to help him out.

I didn't realize at the time that it was really the other way 'round and he was really helping me out. Teaching me about performing.

I just miss seeing the great performers themselves. Ruth, Koko, my Dad, Son Seals, Luther Allison. They all sang and performed with so much passion. I'd like to see the blues evolve and grow. See more creativity rather than just copying what the artists who came before us did. 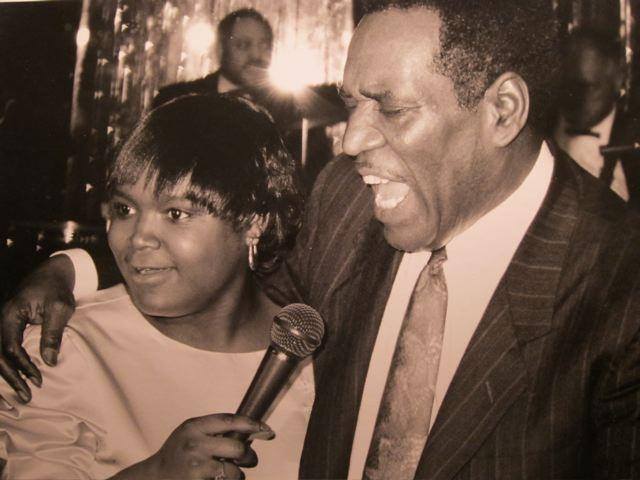 "I make contemporary blues music that is based on traditional blues but not restricted by it. So I try to bend the blues without breaking it." (Photo: Shemekia & the late Johnny "Clyde" Copeland)

That people paid more attention to lyrics and the meaning of songs.

It should be the same as for men.

What are the lines that connect the legacy of Ruth Brown, Koko, and Etta…and continue to your generation?

At one time, the most popular artists in the blues world were women. Bessie Smith. Ma Rainey. The dawning of the electric guitar changed that.

The lives led by Ruth, Koko and Etta made it a little easier for me in this business. Their world was much tougher. But they were strong women and I try to be strong and portray women that way.

They were also very generous in helping me and I would like to help others too. 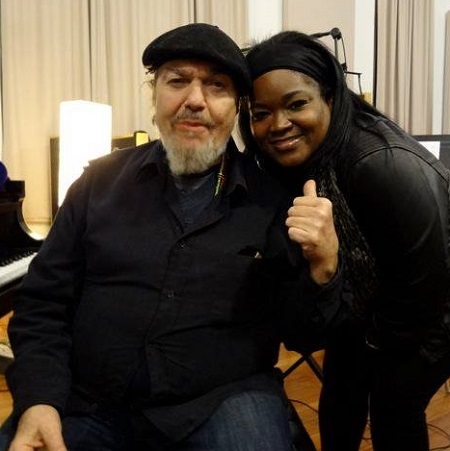 I just did a duet with Dr. John on his latest CD. He has the best and funniest stories of anybody in music. And emotionally he's like a second father to me. I love him.

"That people paid more attention to lyrics and the meaning of songs."

I'm very happy where I am now. Happily married to a great man. Living in Chicago. Performing for my fans.

What could be better? I feel truly blessed.