Fontella Bass, the soul singer who topped the charts with Rescue Me, has died.

The singer's daughter, Neuka Mitchell, says Bass died at a St. Louis hospice Wednesday night of complications from a heart attack suffered three weeks ago. She was 72. Bass had also suffered several strokes since 2005.

Fontella Bass was born in St. Louis, Missouri, the daughter of gospel singer Martha Bass (a member of the Clara Ward Singers). At an early age, Fontella showed great musical talent – at five years old she was providing the piano accompaniment for her grandmother's singing at funeral services, she was singing in her church's choir at six years old and by the time she was nine she was accompanying her mother on tours throughout the American South and Southwest.

Fontella continued touring with her mother until the age of sixteen. As a teenager, Bass was attracted by more secular music. Throughout high school she began singing R&B songs at local contests and fairs. At seventeen, she started her professional career working at the Showboat Club near Chain of Rocks, Missouri. In 1961, she auditioned on a dare for the Leon Claxton carnival show and was hired to play piano and sing in the chorus for two weeks, making $175 per week for the two weeks it was in town. It was during this brief stint with Claxton that she was heard by vocalist Little Milton and his bandleader Oliver Sain who hired her to back Little Milton on piano for concerts and recording. 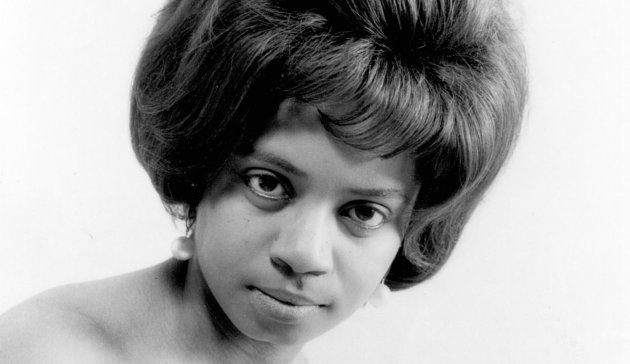 Bass originally only played piano with the band, but one night Milton didn't show up on time so Sain asked her to sing and she was soon given her own featured vocal spot in the show. Milton and Sain eventually split up and Bass went with Sain; he also recruited male singer Bobby McClure and the group became known as "The Oliver Sain Soul Revue featuring Fontella and Bobby McClure". With the support of Bob Lyons, the manager of St. Louis station KATZ, Bass recorded several songs released through Bobbin Records and produced by Ike Turner. She saw no notable success outside her home town. It was also during this period she met and subsequently married the noted jazz trumpeter Lester Bowie.

Two years later she quit the Milton band and moved to Chicago after a dispute with Oliver Sain. She auditioned for Chess Records, who immediately signed her as a recording artist. Her first works with the label were several duets with Bobby McClure, who had also been signed to the label. Bass and McClure followed their early success with "You'll Miss Me (When I'm Gone)" that summer, a song that had mild success, reaching the Top 30 on the R&B chart, although it made no significant impression on the pop chart. After a brief tour, Bass returned to the studio.

The song "Rescue Me" shot up the charts in the fall and winter of 1965. After a month-long run at the top of the R&B charts, the song reached #4 at the pop charts and gave Chess its first million-selling single since Chuck Berry a decade earlier. It sold over one million copies, and was awarded a gold disc.

Tiring of the mainstream music scene, she and husband Lester Bowie left America and moved to Paris in 1969, where she recorded two albums with the Art Ensemble of Chicago –Art Ensemble of Chicago with Fontella Bass and Les Stances a Sophie (both 1970). She also appeared on Bowie's The Great Pretender (1981) and All the Magic (1982).

Bass received a star on the St. Louis Walk of Fame in the Loop in May 2000. She was the older sister of the R&B singer David Peaston.