A major guitarist, a singer, an author-composer, Cisco Herzhaft is a pioneer of blues in France. He is regarded as one of the last authentic acoustic “blues pickers”. He has been a professional musician for 30 years, getting his inspiration from Big Bill Bronzy or Muddy Waters, playing with John Lee Hooker in the sixties. 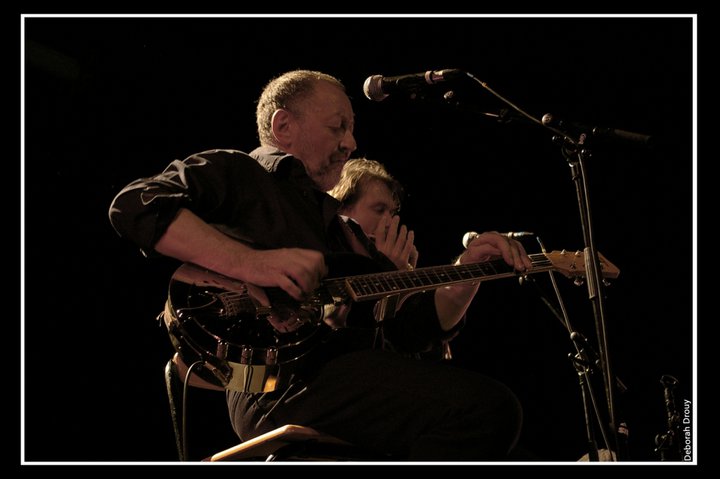 He has developed a very personal acoustic folk blues music, a perfect mix of crazy ragtime and simple blues. The quality of his music, the originality of his composition, his well-known energy as well as his passion for music have made him one of the most acknowledged and wanted professionals of the blues scene. His real authenticity is a delight!

Cisco, when was your first desire to become involved in the blues & who were your first idols?
I took my first guitar in 1965 to play folk and blues. I never wished to play anything else. My first idols were Lightnin’Hopkins, Big Joe Williams, John Lee Hooker and Brownie Mc Gee and Sonny Terry. 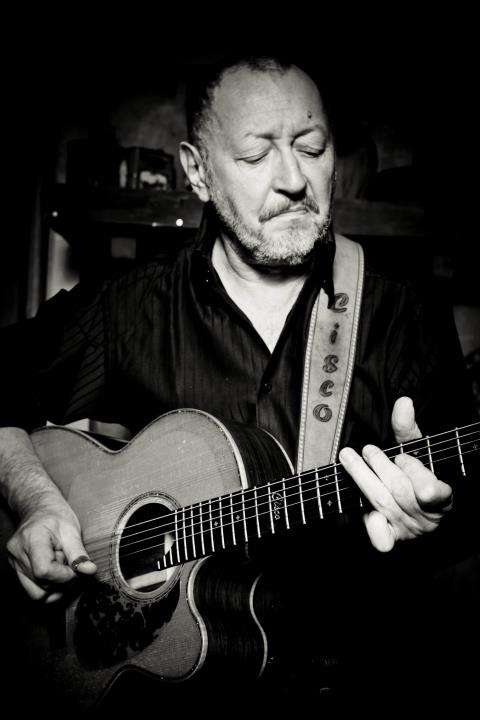 What does the BLUES mean to you & what does Blues offered you?
Sonny Freeman, the historical BB King’s drummer (dead now) told me once, when I was 20: “If you want to play the blues, you’ve got to feel the blues”.  That’s what I’ve intended to do since this time… And sometimes it’s something like a redemption…

What do you learn about yourself from music? What experiences in your life make you a GOOD bluesman?
My life is smiling and laughing, having good times with good people. My blues expresses that but also the other facet of myself, what I got from parents running all your life away from hard times and phantoms.

Do you remember anything fanny or interesting from the recording time with Red Beans?
In the studio, they were drinking all the time, mostly whisky and wine. I couldn’t follow them… my kind of drink is beer. They were very good musicians, but anarchistic ones!

What are some of the most memorable gigs and jams you've had?
I plaid once with the guitar of T-Bone Walker. He let me play during the time he went to the lavatories in a club in France. Once, I was in front of 30000 bikers who just threw out a girls trio from the stage. I plaid alone… I was terrorized, but after an hour of show, I got three calls … What an experience! 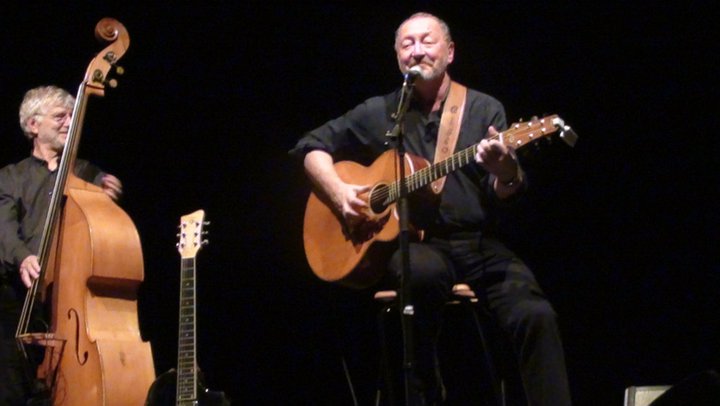 Are there any memories from John Lee Hooker, which you’d like to share with us? What advice has given to you?
I was very young (22). So sometimes I tried to do some guitar demonstration (not on stage of course). He told me once: “Cisco, don’t try to play guitar, just try to play some blues”… At this time Johnny Rivers published the title “John Lee Hooker” on a record…So a lot of people came to John Lee with This record to ask for an autograph. He smiled each time and drew his name (he couldn’t write)…

Which of historical blues personalities would you like to meet?
I saw Big Joe Williams a couple of times but I never talked to him. That’s one of my great regret….

From whom have you have learned the most secrets about blues music? Of all the people you’ve meeting with, who do you admire the most?
Fred Mc Dowell taught me how to play with a bottleneck on an open tuned guitar. He was the REAL bluesman, simple, a little bit shy, very gentle, and I think proud to show something to a white young man (it was in 1965). John Lee impressed me a lot, and BB King I met once (we took a meal together) is for me the model of what a bluesman must be. 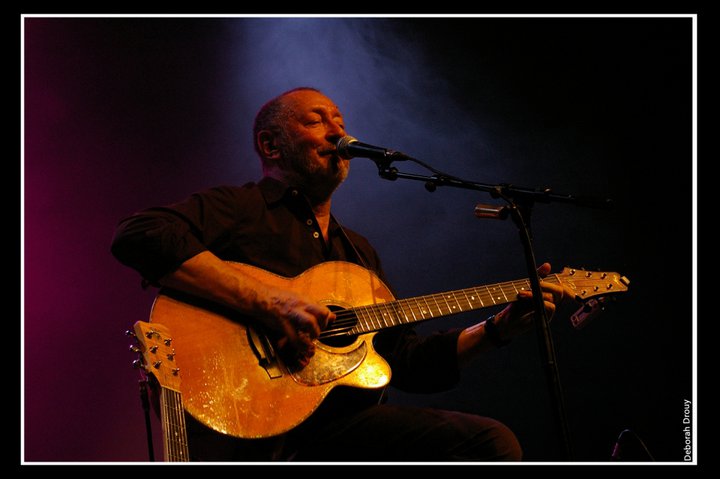 Some music styles can be fads but the blues is always with us.  Why do think that is? Give one wish for the BLUES
You know, I went to the first BB King show in France, in Bordeaux, in 1968, and we were 70 people in the audience. I went to see him 5 years ago, we were 7000 people. The blues got no advertising but it goes on and more and more people like it. I hope it will pursue like that.

What characterize the sound of Cisco Herzhaft? How do you describe Cisco’s blues?
It’s folk blues, not really roots blues, but real folk blues, with acoustic instruments, a finger style guitar playing, and stories between some tunes… like old bluesmen did.

Would you mind telling me your most vivid memory from your travel in USA, at the Deep South?
Feeling, pure feeling… I followed the blues trail with markers everywhere: Where Fred Mc Dowell lived, birthplaces of John  Lee Hooker, Big Joe Williams, and others… cotton fields in winter, BB King’s museum and Clarksdale. I could feel the blues growing there. 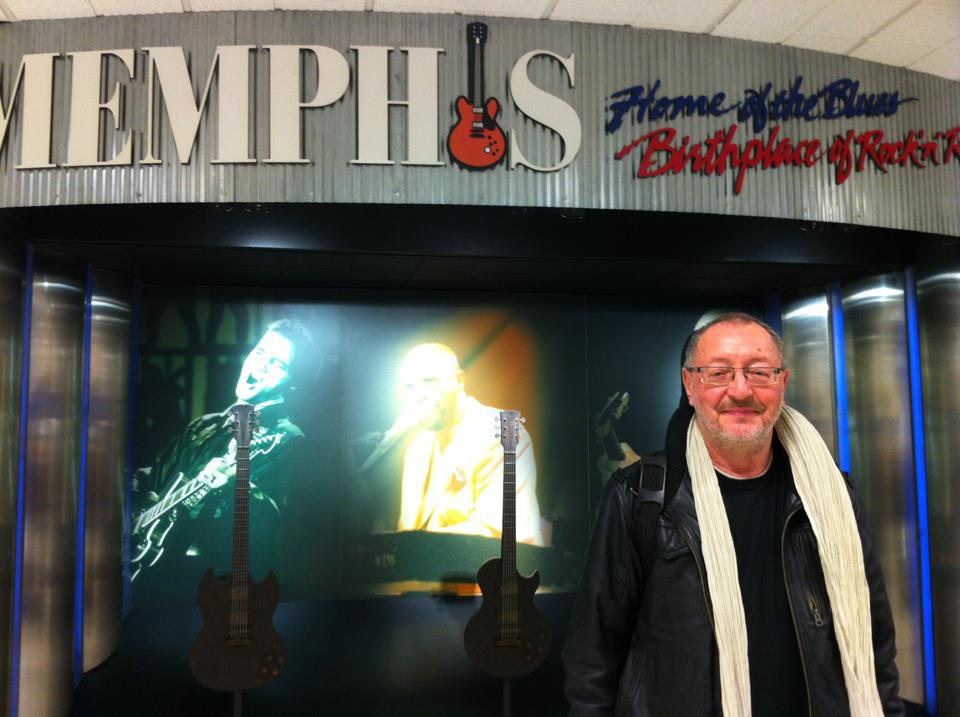 Which memory from your toured France as a hitchhiker makes you smile?
Once, nobody stopped for a long time, so I sat on a milepost and wrote a blues in French, “le blues de l’autostoppeur” ,”the hitchhiker blues”… I recorded it in 1996 and it’s often radio broadcast in ….Canada.

What advice would you give to aspiring musicians thinking of pursuing a career in the craft?
Listen blues music, work, work, and sometimes work again….

Which was the best moment of your career and which was the worst?
The best: give pleasure to people every time I play… The worst: Somebody stole my Collings guitar. 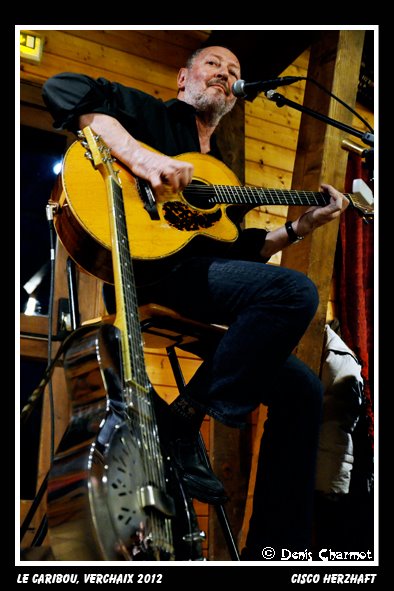 What's been their experience from “studies” with American Folk Blues Festival of 1960?
The first time I saw a bluesman alive was during one of the first American folk blues festivals. After that I went to all blues shows all around . I never could get so great feeling anymore since these years…

From the musical point of view is there any difference and similarities between the Folk Blues & modern Blues?
Modern blues has mostly been influenced by British Rock n’ Roll or West coast blues, and guitar players like Jimmy Hendrix or Stevie Ray Vaughan… So, there are often guitar riffs or plans based on all that. Folk blues player, you can do anything, even play only one note if you wish…

How has the blues music business changed over the years since you first started in music?
It became a business…. during the nineties. Imagine John Lee, Big Joe, Muddy Waters or Lightnin’ Hopkins going to an International Blues Challenge!!!!

What is your “secret” music DREAM? What turns you on? Happiness is……
You know BB King is now 86 and is still playing a lot. My dream is to do the same… When it all began for the blues in France, who is considered the local "godfather" of the blues?
A magazine began to be published in the early 60’s (Soul Bag) in France. It gave a first base for the blues here. And after that, my brother Gerard Herzhaft wrote the first blues Encyclopedia. It was translated in 13 languages in the world, and got a very large audience. Every blues fan in France gets this book.

Make an account for current realities of the case of the blues in France. Which is the most interesting period in local blues scene and why?
You see, I stopped playing on stage in 1969, because it was very difficult to live on my music (and also because I plaid with John Lee Hooker…). I came back in the nineties and since this period I could never stop with an average of 120 shows a year. Not only in France, of course, but mostly… So I think we live a very good period for this music. There is in France a very large blues scene, with a lot of good musicians. But the media don’t care of the blues at all. That’s the only problem….