"Even if we listen to music with our own cultural code, it stays a precious bridge to understand each other."

The blues and its heritage have fascinated J.J. ever since he discovered the music of Sonny Terry and Stevie Wonder when he was a teenager. He’s worked since with artists as diverse as George Higgs, Gil Scott-Heron, and the Palata Singers. This harmonica tour-de-force was recorded and released in 1954 on Folkways Records, the legendary postwar folk label that was the home of heroic figures such as Woody Guthrie, Dave Van Ronk, as well as blues pioneers Big Bill Broonzy, Blind Willie Johnson, Brownie McGhee, Lead Belly and Reverend Gary Davis. 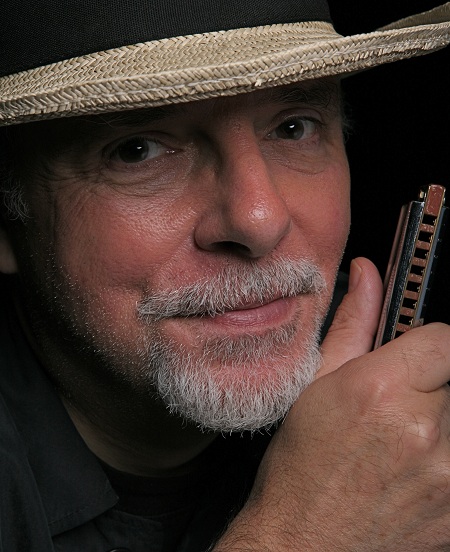 On the occasion of his first trip to the US, J.J. discovered one of his main influences: Paul Butterfield, whose music introduced him to new ways of playing his instrument and leading a band. J.J.’s Explorer album earned him a Victoire de la Musique - the French equivalent of a Grammy - in 1992. The following season, J.J. confirmed his strong stage presence with his Live set, before joining Eddy Mitchell, Paul Personne and Renaud at the Paris Grand Rex in 1994, on the occasion of their collective “On the Road to Memphis” show. With outside help from one of his most gifted pupils, harp player Greg Szlapczynski; J.J. initiated a program for sick children at a noted Rehabilitation Center in 1997-98, still finding the time to record the Blues Live album. His next effort, Bastille Blues, brought him all the way to the Olympia Theatre.

The year 2001 marked an international turn in J.J.’s career when Memphis, a set recorded at Willie Mitchell’s studio with bona fide blues stars Little Milton, Sam McClain and Mighty Mo Rodgers earned him another Victoire. The Jazz Achievement Award he received from Sacem in 2002 confirmed his presence at the top of his trade. In 2003, J.J. was back in the States where he recorded Blue 3rd with guests Gil Scott-Heron, Terry Callier, neo soulstress N’Dambi and Howard Johnson. Three years later, Fragile revealed J.J.’s more intimate side, while Live, Hot ‘n Blue, sparked by the fiery guitar battles between Andrew “Junior Boy” Jones and Manu Galvin, gave his fans a dynamic picture of his strong stage performances. Soul Conversation in 2008 marked the beginning of his fruitful collaboration with Michael Robinson, Manu Galvin and Ron Smyth.

I discovered the blues when I was 15. No internet, no television at home in this time. It was à window opening on the world. The artists I liked were old enough to be my father and like him they had stories to tell. It was the time of the civil rights movement and music was part of it. It was like joining the tribe. It helped me to leave childhood for manhood. How do you describe Jean Jacques Milteau sound and progress, what characterize your music philosophy?

All the music ever played is a general legacy, like any language. Everybody can use parts of this legacy to express his own feelings. I never considered myself as a bluesman but as a bluesfan. I was born in France and I consider the blues through my european culture. It makes me sound different I guess, like the British playing the blues or gypsies playing jazz. The way of playing or listening to music refers to everyone's background.

Why did you think that Jean Jacques Milteau continues to generate such a devoted following?

It is very kind of you. Like many others I brought a little stone to the building. I tried to keep the instrument expressive and to let him bear a message of peace and consideration.

From whom have you have learned the most secrets about the blues music and harmonica?

My first shock was Sonny Terry. His rhythm work is terrific. Listening to his records, I understood confusedly that music is a matter of rewriting the time. My greatest love goes to Sonny Boy II. One of the most expressive artists of the XX century. He was a free man too and his life reflects the story of the century: from sharecropping in the south to the stages of the British blues boom. It's a trip to Mars! Country music players like Doc Watson or Charlie McCoy taught me to play simple songs with soul and Stevie Wonder put some funk on top of it. I must say I learn from every harmonica player, every musician I hear. 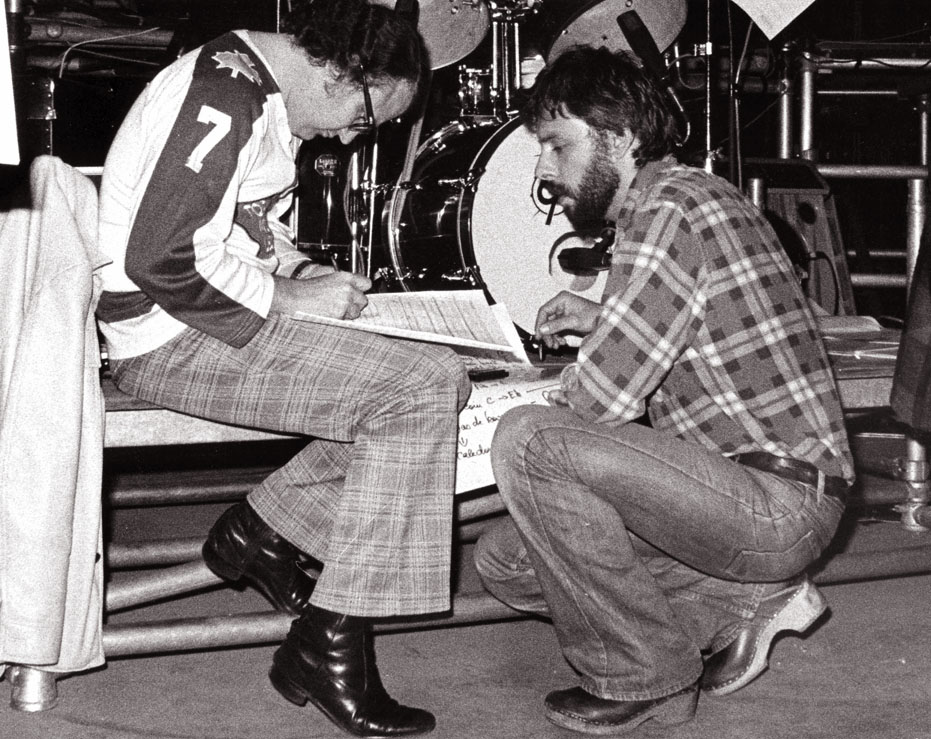 Recording in Memphis was a great time. Jamming with BB King too. The worst is still to come: when the joy of playing will quit me.

What is the “feel” you miss most nowadays from Sonny Boy, Walter Horton and Cyril Davis era?

I can’t say I miss something except being candid as I was in this time.

I would say nowadays. I can fully decide of what I want to do and with who I want to work. It is not my most creative period on the instrument but the harmonica turned to be a key to open a lot of doors and build new projects. My instrument is the band now.

Tell me a few things about your trip in US at 70s. Do you have any amusing tales to tell from there?

I went down south hitchhiking. I had my hair cut: Easy Rider syndrome. When I got to Nashville, I found a cheap hotel, no air conditioning. I opened the window and over the roof in front I saw: Ryman Auditorium. That's where the Grand Ole Opry used to be broadcasted from. I ran to the street and around the corner. They let me in for free, I don't remember why. On stage were Johnny Cash and Ray Charles together. No comment. A few days after that, I met Bill Monroe who told me about DeFord Bailey for the first time. I was 20. 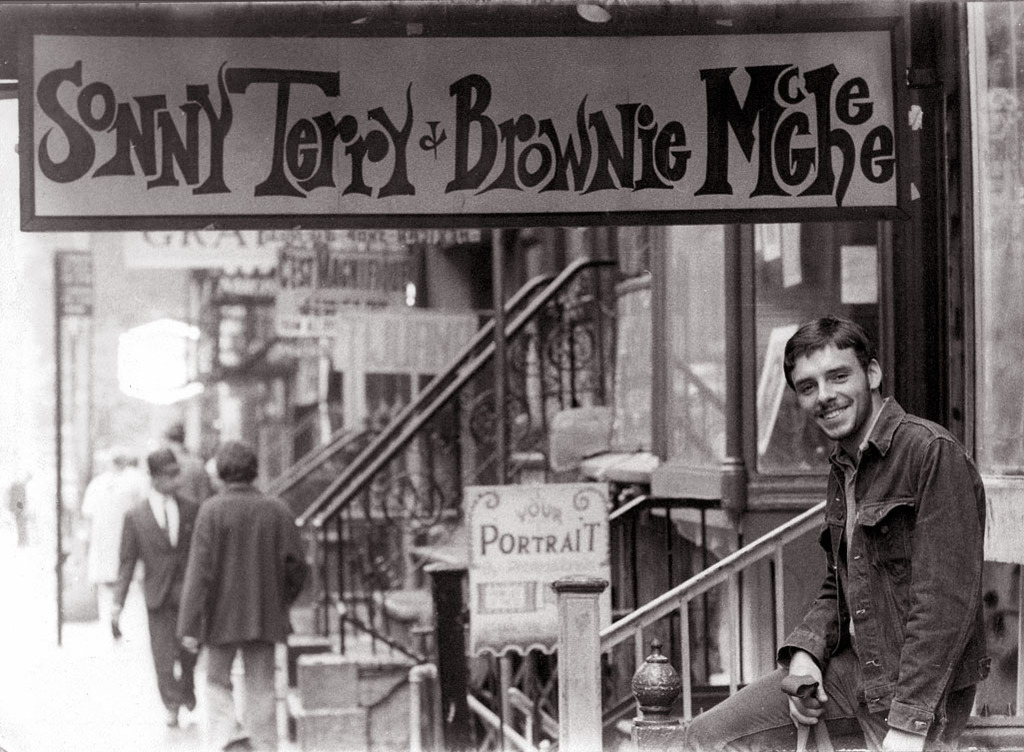 What is the best advice a bluesman ever gave you? Of all the people you’ve meeting with, who do you admire the most?

Even if the blues is often about complaining, black music is generally a message of hope. Black music is the wildest and most important cultural kick in the ass of the XX century. Most of the arts have been touched by the groove. Jazz uses each one's freedom to build together.

I have great admiration and respect for Luther Allison. He was as talented as generous and elegant in all kinds.

Lots of good times. Meeting Gil Scott-Heron was very moving. He was in prison when we recorded the rhythm track of "Home is Where the Hatred is". We didn’t know if we could record him. Fortunately, he went out a few weeks later and we went back to N.Y. to record vocal and harp. We picked him up in Harlem and went to the studio downtown. He was really glad because he had not been in a studio for a long time. He sung us some new songs he wrote, playing the Rhodes, joking and finally put a great voice on "Home is Where the Hatred is".  We were ready to take him back when Brian Jackson and all his musicians came into the studio to celebrate. I was glad and lucky to share their joy.

You have played with many bluesmen. It must be hard, but which gigs have been the biggest experiences for you? Which memory makes you smile?

As I said jamming with BB was a treat! I did some gigs with musicians from Tim Duffy's foundation to help old bluesmen. One of them was Georges Higgs. He was not a young man anymore and it was a great time to listen to his versions of famous blues. None of them was a regular twelve bars. Had to keep my ears opened. His favorite key was F #. Fortunately I had an old B harp in my set! 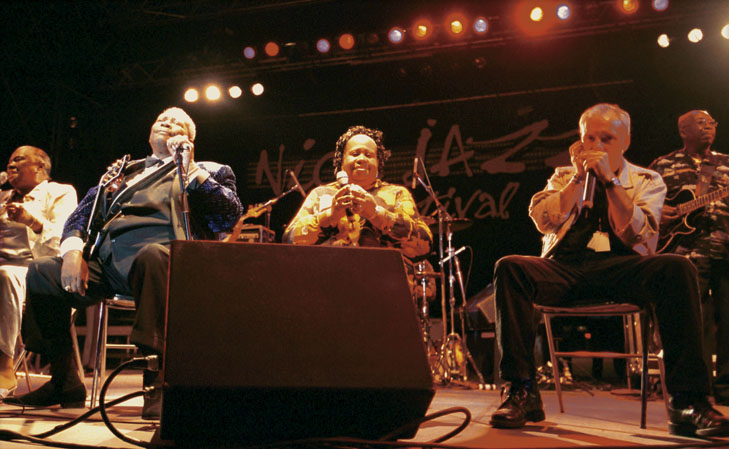 Is there any difference and similarity between the blues, rock, folk and country harmonica to the feeling?

Music is music. Whatever you play you can be right or wrong. Just try to bring something to the song. Your part can change the whole feeling.

I hate jams. I like to build things and jam is too often a competition. "You got to Serve Somebody" is right.

Talking about gigs, I played several times in Vienne (France): 8000 people in a roman theater. It's something.

It's a basic style. Kind of a grandmother who had many children all different: rock, jazz, soul...

I just wish we don’t forget music tells the story of men and women who suffered to be considered as human beings.

Even if we listen to music with our own cultural code, it stays a precious bridge to understand each other. 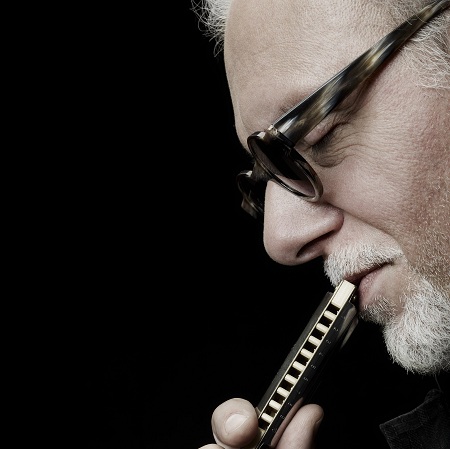 Do you know why the sound of the harmonica is connected to the blues? What are the secrets of blues harp?

I wish I knew! Harmonica is a very intimate instrument. You have the music in your mouth. You breathe it ... Like a voice.

I love photography, I read a lot, I represent artists in a rights society...

Happiness is absence of griefs, first. Usually, we think about happiness when we lose it. Let's take time to appreciate when we are happy.

I believe somebody like Ry Cooder has a lot to tell. I am glad to meet new musicians anyways.

Play for your own pleasure. If other people are pleased by your playing, try to understand why. Ask them. Remember that music is not what you play but what other people hear. 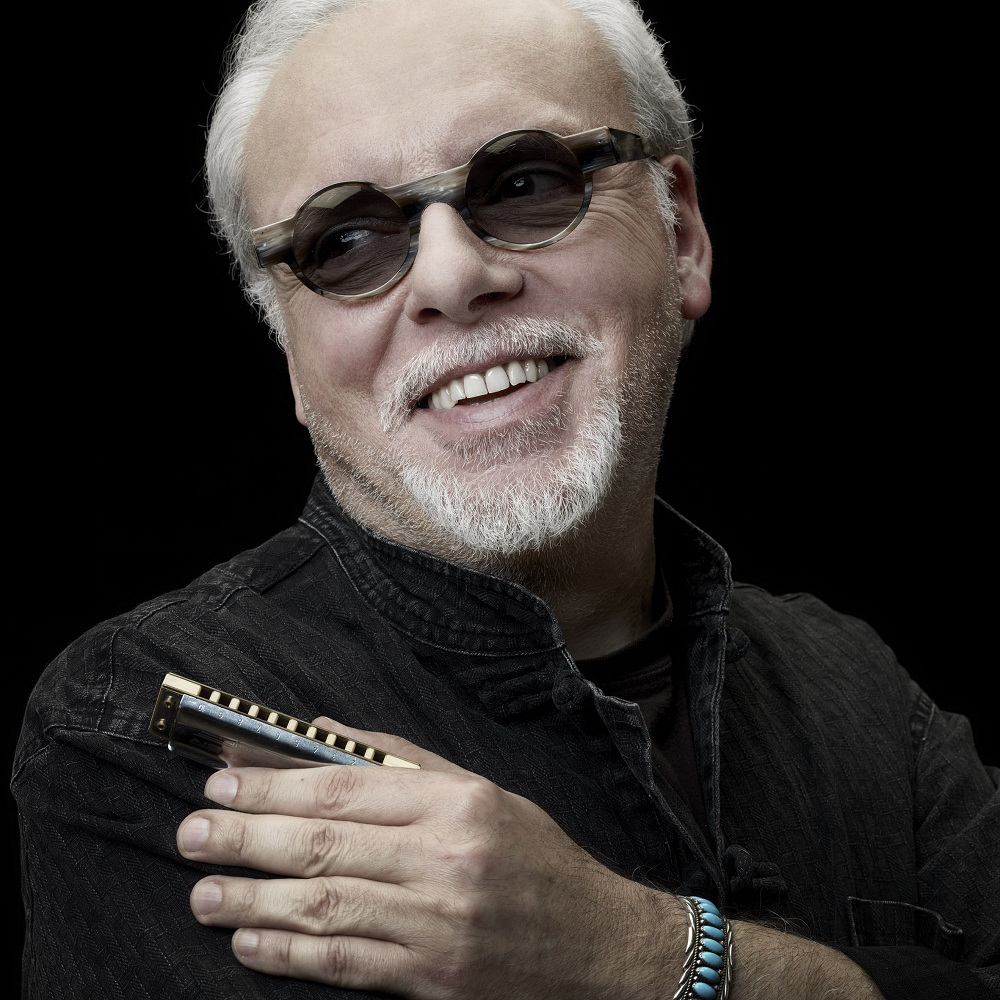