“Many people live the blues on a daily basis. Even if you don’t have the blues, or live them yourself; you can relate to someone who does.”

New Orleans guitarist Paul Bibbins does it all on his one-man band, rock/blues release Songs From The Index Of Fools, which features Bibbins on Strat/Marshall, vocals, and programmed rhythm. Bibbins favors an up-front, in-your-face vocal style on his recording, and creates his personal wall-of-sound by borrowing the simultaneous lead/rhythm technique made popular by artists such as Jimi Hendrix and Stevie Ray Vaughan. 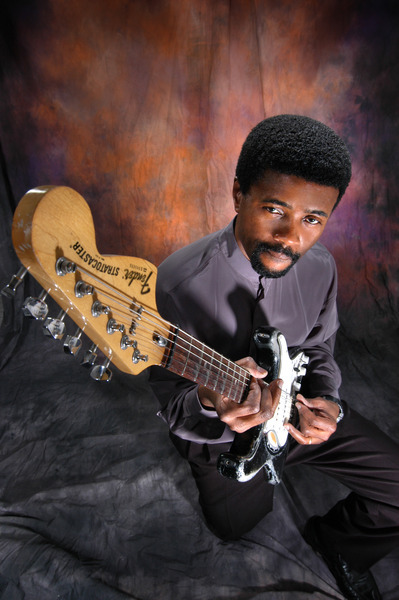 Energy, energy, energy - if you run through Songs From The Index Of Fools, you'll be blasted by the energetic projections pumped through your sound system. Paul was born in a small town in Missouri, but New Orleans, Louisiana has been his home since he was a small kid, now he lives in Dallas, TX. He bought his first guitar, which was a cheap electric guitar, and dove into teaching himself how to play. Influenced by a poster of Jimi Hendrix, Paul bought a right-handed Stratocaster, flipped it over to left-handed, and has been playing guitar left-handed ever since (he's a natural righty). That was 30 long years ago. Over the years Paul has alternated between taking music slightly seriously and at other times just flat out goofing off with it. About five or six years ago he started really learning the songs of his heroes such as Hendrix, Stevie Ray Vaughan, and Robert Cray and through learning their lead guitar licks and rhythm playing, the passion and power started creeping into his lead and rhythm guitar playing as well.

I feel honored that Blues.gr would want to do an interview with me; especially since I’m not a blues guitarist. Although my music is somewhat blues infused, rock ‘n roll is most definitely my “homeland”.

I love listening to the blues...the feeling, the emotion; it is a true art form. With that being said, I have never been much into playing the blues myself as a guitar player; although I do have a couple of blues songs that I’ve written in the past.

Some people would consider not writing from personal experience as bad song writing...but it works just fine for me. For whatever reason, my brain isn’t wired to write songs from my personal experiences…I could write a song that way, but the end result would probably sound forced...at least to me, that is. 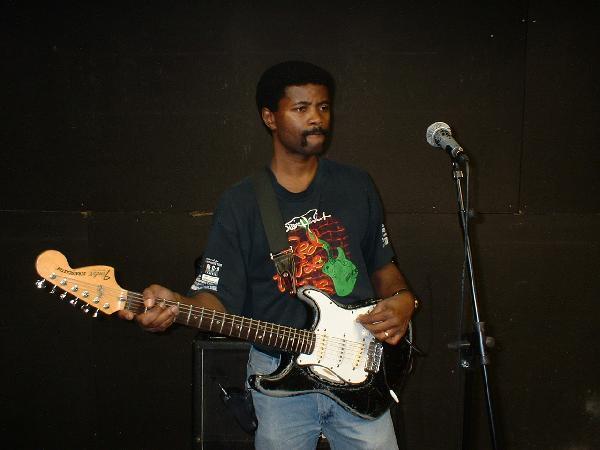 How do you describe Paul Bibbins sound and progress, what characterize your music philosophy?

I would say that my musical sound is modern soulful rock ‘n roll, with touches of sixties retro…the retro part is because of the Jimi Hendrix influence in my sound; to be honest though, Jimi created his music in the sixties, but it really wasn’t music of the sixties. His music was fantastically futuristic. Most of the music from the 1960’s sounds dated to that era when you listen to it today; but not so with Jimi Hendrix...his songs sound just as fresh and different today as they did when he first produced them well over forty years ago.

And that is my musical philosophy in a nutshell—to try to write and produce quality songs that are always a bit different from what everyone else is doing; and that’ll hopefully sound fresh twenty or thirty years down the road.

As I mentioned earlier, I’m not really a scholar of the blues from a guitar playing perspective. But blues guitar is the form of the blues that I’m most partial to; for obvious reasons. I love it all though...from Muddy Waters, to Magic Sam, to Johnny Winter, to Buddy Guy, to Stevie Ray Vaughn, to Otis Rush, to Freddie King; and list goes on forever...My favorite guitarist for playing the blues is Jimi Hendrix; there was just an unmatchable magic that Jimi infused into his blues guitar playing. 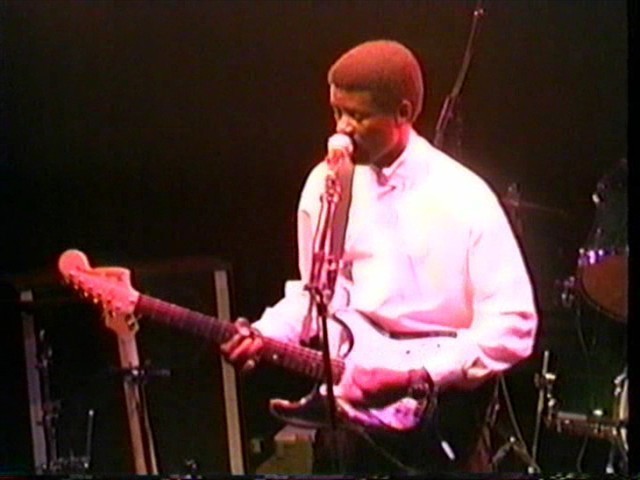 Tell me about your beginning with your own special effects pedals, how did this idea come about?

I got into building guitar effects circuits for myself many, many years ago.  I had electronics knowledge because I graduated from an electronics trade school; which I attended because I wanted a technical career. The idea for building my own effects pedals started when I ran across a book written by musician Craig Anderton, called “Electronics Projects for Musicians.” It was a great starter book for anybody wanting to get into building their own effects pedals. After that I just kept going with the circuit building...although I haven’t done much of it in the last six years.

I’ve built pre-amps, compressors, fuzz units, octave units, phase shifters, noise gates and more over the years. A lot of experimentation and a lot of listening drills were involved. I did so much of it that I eventually gained a preference for the sound of certain electronic components when used in an effects circuit; like preferring the sound of one integrated circuit op-amp over another, or the sound of a particular type or value of capacitor over another.

What characterize the sound of analog? What are the secrets of analog sound?

You hear people say it all of the time…analog warmth. The way an analog signal distorts when pushed hard results in a very pleasing type of distortion, as compared to how a digital signal distorts. If you push a digital signal hard, it will distort in a very shrill and unpleasing manner. That pleasing type of distortion is the secret of analog sound!! 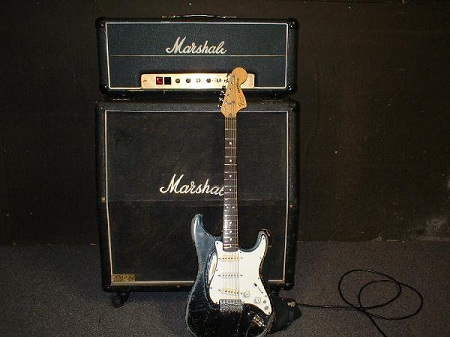 What were your favorite guitars and amps back then? What’s on your pedal board?

My favorite guitar and amp combination has always been a Fender Stratocaster and Marshall 50 watt half stack. The guitar that I pretty much use for everything is a late 1970’s model Fender Strat...and my current amplifier is a Marshall JCM 2000 DSL 50w.

What I use for special effects can’t be classified as a pedal board. My sparse setup consists of a classic Fuzzface re-issue, a Cry Baby wha pedal (which I use more for tonal coloration than for the wha effect), and my homemade effects box...over the years I’ve pared my homemade effects box down from containing up to nine different effects; to where it only has an EQ section, a pre-amp, and a compressor; all tuned exactly like I prefer.

What is the “feel” you miss most nowadays from Hendrix’s era?

It’s not necessarily a particular feel that I miss from Jimi Hendrix’s era. What I miss most is the fact that creativity was rampant and the music was really genuine in the sixties…from Hendrix, to the Beatles, to the Rolling Stones, to Cream, to Led Zeppelin, to Motown, to Miles Davis, and so on. It’s a shame that the music of today is so cookie cutter bland; no real creativity...with everybody sounding like everybody else.

My advice is that you should always just follow your heart and stay true to whatever it is that you are doing musically. Don’t change your style in order to fit in and be like everyone else…if it’s good, the people will come.

No road memories here…never had the luxury of hitting the road because I’ve always had to work a day job. 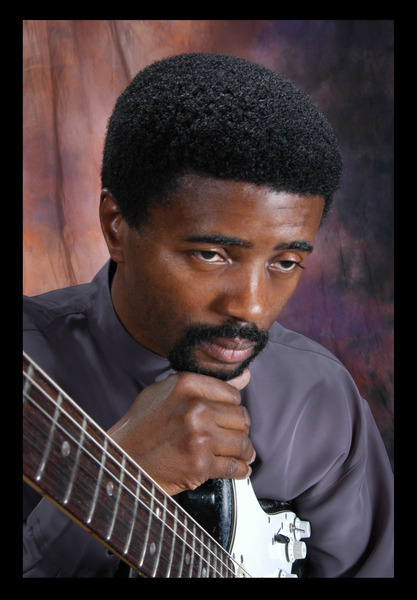 I’ve never had the pleasure of having a wise old bluesman bestow some musical wisdom on me.

What the difference and similarity between the BLUES and ROCK feeling?

I personally can’t quantify blues versus rock feeling...I’ll leave that up to the experts out there. I will say that since rock ‘n roll came directly from the blues, they are similar in feel.

The best jam that I ever participated in was a rehearsal hall jam from many years ago with a power trio that I had going at the time. A bad-ass guitar player friend of my bass player sat in with the band...and we proceeded to tear the roof off of the rehearsal hall building on that night!

My most memorable gig so far was the first time that I played at the mighty Tipitina’s in New Orleans with my power trio. It was new band night at the club...which was around the end of 1996. We performed a set of half Hendrix covers and half original tunes.

The blues is genuine...Many people live the blues on a daily basis. Even if you don’t have the blues, or live them yourself; you can relate to someone who does. One thing that I wish for the blues is that another modern blues giant such as Stevie Ray Vaughn comes along. What Stevie Ray did to shoot new life into the veins of the blues just cannot be measured.

Like most musicians, when I’m performing on stage I feed off the crowd excitement...the more the crowd gets into what I’m doing, the more I get into it. The thing that I appreciate hearing the most after a gig is when someone tells me that they really enjoyed the music that I played, and really dug the sounds that I produced on my guitar. 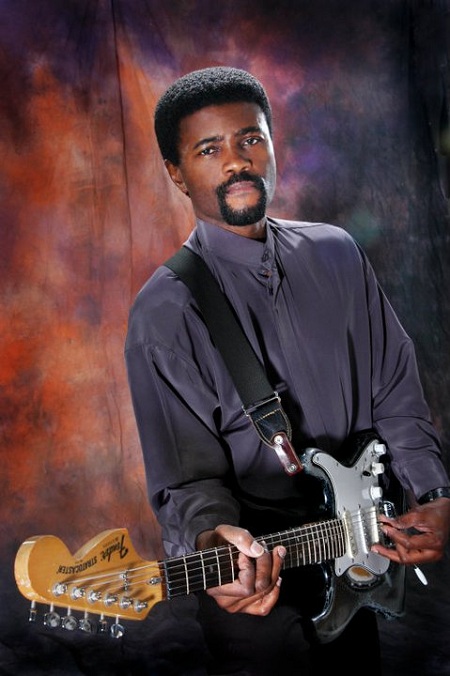 Which things do you prefer to do in your free time? What is your “secret” BLUES DREAM?

I work a 9 to 5 day job, and have a wife and family...so free time is at a premium. But when I do get free time I enjoy playing guitar, writing and recording music, and book reading.

No secret dreams here...but I’d love to be able to live off of just my music; and not have to work a day job; maybe someday!

The thing that I would’ve asked Jimi Hendrix if it had been possible…is what planet was he born on? Because Jimi certainly wasn’t of this earth. Musically speaking, there’s nothing that I could have given to Stevie Ray Vaughn, because like Hendrix, Stevie Ray had it all.