On their 17th studio album, George Thorogood and The Destroyers pay tribute to their Chess Records heroes, including many of Thorogood’s legendary mentors who helped to launch his career in rock & roll. Titled 2120 South Michigan Avenue, the 13-track album by Capitol/EMI on CD and digital download. ‘2120’ features Thorogood’s raw, rocking turn on classics by a who’s-who of the blues, including Willie Dixon, Muddy Waters, Bo Diddley, Chuck Berry, Howlin' Wolf, Buddy Guy, Sonny Boy Williamson, Little Walter and other Chess greats, as well as new original songs written by Thorogood, the album’s producer, Tom Hambridge, and Richard Fleming.

George Thorogood and The Destroyers have been recording and touring for more than 30 years. While in his teens in Delaware, Thorogood was turned on to Chess Records and the label’s genre-defining artist roster by the Rolling Stones. 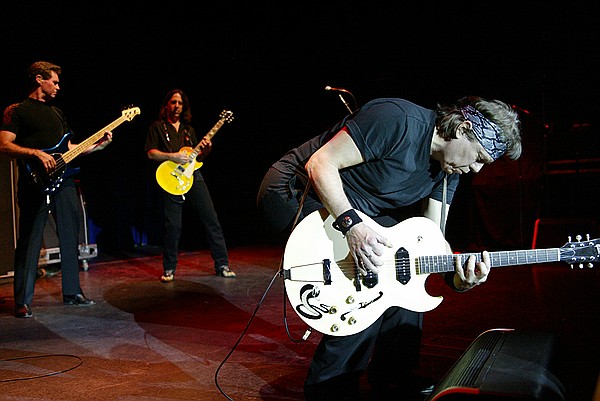 “The first Rolling Stones album I bought, 12x5, included ‘2120 South Michigan Avenue’,” says Thorogood. “I said, ‘I know I’ve heard this somewhere before…’ I wrote to Chess, they sent me a catalog, and my life was changed.” 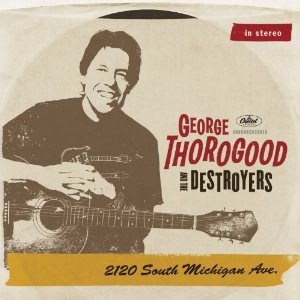 George Thorogood forged his signature sound of blues-infused rock & roll with the musical guidance he received from his Chess heroes. The Destroyers fought their way to the top, barging out of Delaware in the ‘70s as a jarringly high-energy bunch (also featuring drummer Jeff Simon and bassist Billy Blough), playing raucous, slide guitar-stoked, blues-rock takes on tunes by Chuck Berry, Elmore James, John Lee Hooker, Bo Diddley and others. Soon, they were touring and gigging with many of these statesmen of the blues, and learning invaluable lessons with every encounter.

“We were playing with these tough guys – these legends – away from their mean streets of Chicago. The audiences on the road were a real shift from the rough scene they fought through at home,” says Thorogood. “That’s the blues. That’s the education I got, hanging out day in and day out. There’s an incredible story behind the music - they’re speaking the truth.”


Thorogood is proud to honor Chess Records’ architects of modern blues and rock & roll, saying “Chuck Berry and Bo Diddley are religion to me. I know their ears and eyes are on me, so I have to nail it.”


2120 South Michigan Avenue producer Tom Hambridge says of Thorogood, “What’s makes this album so perfect for George is that he has been doing it authentically all along. He can deliver Howlin’ Wolf better than anybody, because he’s lived it. He’s not going to sing something he doesn’t believe in.”

1. Going Back [written by Tom Hambridge and George Thorogood]

8. Mama Talk To Your Daughter