Sadly Blues performer Burton Gaar from Louisiana has passed away. 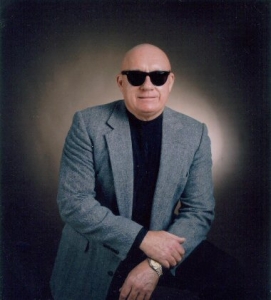 The year was 1959, and Gaar was only 16-years-old. He has gone on to play in R&B band the Boogie Kings, as well as alongside the great Percy Sledge and Zydeco kingpin Rockin' Sydney Simien. Burton Gaar has also fronted his own bands, as well as recorded solo records - his debut being 1995's Still Singing The Blues. Despite the fact that Gaar made music for almost four decades, he has 450 songs in his catalog (he has written in excess of 2000 songs during his musical career), and started recording his songs in the mid 1970's, he didn't record a solo album of his own until 1991, when the Louisiana Cajun influenced Still Singing the Blues was issued with his brother John Gaar on guitar and the Mud Kats. The power and honesty of his unmistakable voice, combined with the meaningful lyric content of his songs, powerful grooves, and clever arrangements, authenticates Gaar's unique brand of Louisiana blues.   Burton Gaar's bio