Thorsten Schütte: The Keys of World

Thorsten Schütte is a German director and writer, known for Eat That Question: Frank Zappa in His Own Words (2016), I Was The King Of Porn - The Adventuorous Life of Lasse Braun, Visions of Music World Jazz, Namibia Generation X, A Trip to Brazil - The Story of the Música Popular Brasileira, The Cactus of Knowledge, Crossroads, Land Matters, and others. "A Trip To Brazil" carries us forward on a musical journey through the history of the Musica Popular Brasileira. The two-piece documentary tells the story of its roots, its variety, the well-known and forgotten artists up to the current music-scene and the recent trends and developments in Brazil and Europe. A discussion with the big predecessors of Samba, Bossa and Tropicalismo enables the viewers to look back on the popular music history of Brazil. 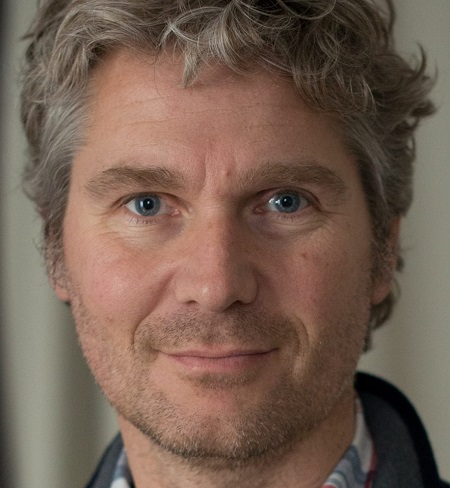 At home, at the studios and on tour with the stars of MPB the whole variety of Brazilian music is shown. Old masters such as Joao Gilberto, Tom Antonio Carlos Jobim, Gilberto Gil, Caetano Veloso and Carmen Miranda grant us a glimpse into their motivations, opinions and visions.

"Eat That Question: Frank Zappa in His Own Words" is an entertaining encounter with the sonic avant-garde. The film bashes favorite Zappa targets and dashes a few myths about the man. It is only fitting that a comet and a mollusk are named in Frank Zappa’s honor. The famed American musician, composer, and thinker created satirical, operatic interpretations of music that seemed to originate from another world. Thorsten Schütte’s film is a sharply edited and energetic celebration of Zappa through his public persona, allowing us to witness his shifting relationship with audiences. Utilizing potent TV interviews and many forgotten performances from his 30-year career, we are immersed into the musician’s world while experiencing two distinct facets of his complex character. His music and ideas are vital, and they cut across generations, while his goal of freeing the listener from conformity still resonates today.

How has the music and the Rock counterculture influenced your views of the world and the journeys you’ve taken?

To be honest, I think that Rock counterculture has not influenced my views of the world. But I think that I was pretty much influenced by Zappa’s work ethics. To be explorative, to be daring, to be experimental, to work into the open, to be eclectic, to improvise, to be go-getting, to be demanding, to be curious, to be open eared and open hearted – all of this helped me in my professional life as a filmmaker.

How do you describe and what characterize Thorsten Schütte’s documentaries and films philosophy and mission?

I would not call it a philosophy or mission. I rather see myself as somebody that is opening doors into other worlds. I focus on things that have an emotional impact on me and that do touch me. I love to explore the storytelling potentials of the things that move me.

Which meetings/acquaintances have been the most important experiences? What´s been the highlights in your life?

I think the most important meetings/acquaintances have happened in my private life, be it with family, friends and lovers. I think these are the encounters that really matter. Celebrities don’t play a big role here. Although I can’t deny the fact that seeing Zappa perform live was a landmark event. Why? Because of the energy, joy, repertoire, playfulness, skills, accuracy, humor...

Another character that moved me was Yehudi Menuhin. His clarity, his insistence, his humbleness and aura of depth and wisdom really impressed me when we had the chance to work together.

Why did you think that the Frank Zappa music (and words) continues to generate such a devoted following? 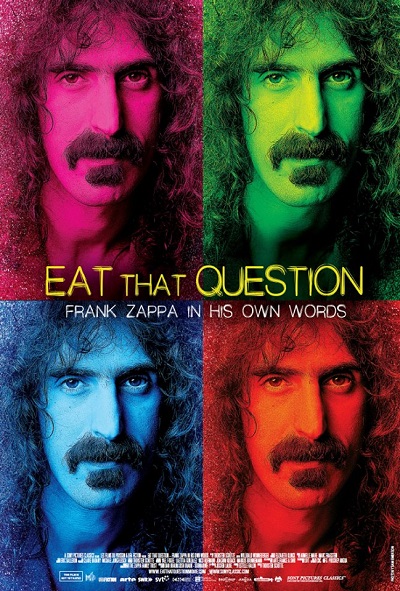 I am not sure if this is really the case. Does his music really continue to generate such a devoted following? If we don’t keep the music alive, if it does not get played or promoted, it will eventually be forgotten. It is in our hands to pass it on, which is not easy. His music is not easy to access. It is difficult to play. It is intricate, it does not match the Top 40 requirements, it is may times explicit. There are a lot of obstacles in the way to really get into it. It takes time and devotion. But on the other hand it is extremely rewarding once you found the entry point. The moment you managed to step into his music world it becomes a universe of its own and all the different musical facets slowly start to make sense.

What touched (emotionally) you from “Eat that Question”? What do you miss most nowadays from Frank Zappa?

What touches me is to watch this life unfold, to see how much was created in this short lifetime and to realize though how fragile life is. To be reminded that life is for the living and that you better seize the short moment you have in order to create what you are striving for. To get a glimpse of the beauty of creativity and musical genius. Do I miss something? I’m not sure. It would be easy to say, “oh yes – a tour every year and three new albums please”, but I think things are the way they are - he’s gone but the music remains.

What is the impact of Frank Zappa music (and quotes) to the racial, political and socio-cultural implications?

I don’t believe that the music was made to have a direct impact on the racial, political and socio-cultural implications. I look at it rather like a comment on society. For me he was a chronicler of life as we lived it at the end of the 20th century.

What do you think the major changes will be in near or far future of the world, art and music?

I don’t know. I wish to say something optimistic. I hope we learn and understand fast enough that we have to give up believing in eternal growth.

Where would you really want to go with a time machine and what memorabilia (books, records, movies) would you put in?

It’s the summer of 1982 – I ride with my bike through the fields of my hometown listening to Shut Up and Play your Guitar on the Walkman.

Well, let’s invite them for dinner and see what they have in common!