Q&A with Asian guitarist/singer Rohit Lalwani of Lal & The People, a Blues/Soul/Rock band based in India

"There is no doubt that Blues and Rock n' Roll are one of the most crucial reasons of the whole idea of racism and segregation being thrown in the garbage can. Since the rising of Blues and Jazz music in the North American part of the world, more and more white people have learned that there is no difference between all of us, as humans."

Lal And The People is a blues band based in Bhopal, India. The performance is from the debut gig featuring original music. The band was formed in the October of 2014, the sole songwriter of the band being Rohit Lalwani influenced by hard hitting Blues/Blues Rock/R&B/Soul. The backing band changes frequently, as per the needs. The band was selected for the Ray Ban Never Hide Sounds edition, 2014 in the blues category and did two shows collaborating with Soulmate. The music can be best described as a mix of all the genres that Rohit has been influenced by that is Blues, R&B, Soul, Funk... but keeping the authenticity in the sound maintained, in the name of blues, because in India there aren't many bands who are playing the blues keeping it intact in its original form. Lal And The People released their debut EP “Bad Case of Blues” in 2016. The band’s members are: Lal (Rohit Lalwani) on guitars/vocals, Aham on bass, Gaurav on drums, and Shivam on Keys.

What do you learn about yourself from the Rock n Roll and Blues culture? What does the blues mean to you?

To be honest the music that you connect to, regardless of the genre, is a lot more than music itself. It makes you feel motivated, keep your spirits up and feel confident enough to achieve your own things that you set out for. In my case Blues and Rock music have been a part of my life since I can remember, and it almost happens everyday that you can feed off a blues riff or a bass line or any excerpt from a song that is stuck in your head by just thinking about it, and it makes you happy, that's the beauty of it. That is what mostly happens with me. So yeah, I would say in the end it teaches you that in life everything will fade away in sometime but the music is always going to be by your side, no matter what.

The Blues would be a tough thing to define for me, I cannot describe how I still feel listening to the same sounds from the same blues albums that I have almost listened to everyday. It's like they never get old and are a proof for generations and generations about how being true to yourselves as artists is all it takes to be one.

How do you describe Lal & The People sound and songbook? What characterize your music philosophy?

Well, since I put together the band and the music, it has been Blues oriented Rock music with my natural instincts of Soul and R&B finding their way into it sometimes. The music that I create is whatever comes naturally to me, so I never force myself to write a song or a piece of music, either it comes naturally or be unfinished, like a lot of my work has been.

The music philosophy I would say, besides the arrangement and orchestration of chordal music is how the song goes with the lyrical content. You know it's the blues, some of the music is bound to be about a lady or several, haha. In my case till now, it has almost been about this young lady I was in love with and besides that there's music I write about which deals with my perception about the world and god, and the materialism we both live in. I'm yet to write a song about partying.

Since a young age, I have been a really shy and introverted kid having nothing to talk about. So even now I have been hanging out with the same people I used to hang out with, ten years back, just talking music and exploring it. Well, there's an understanding between aspiring artists that hang out together with the same goals in their minds, to do something, to create works of art that are going to make history. That is the sole purpose of all the music related acquaintances I have. To live for the art, to keep on just doing it without ever stopping. Nothing else in life can substitute the happiness and satisfaction that you get through any kind of art, in our case, music. 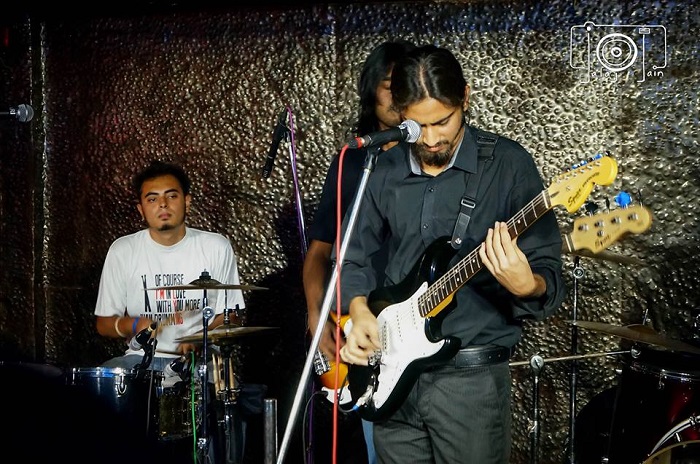 "The Blues would be a tough thing to define for me, I cannot describe how I still feel listening to the same sounds from the same blues albums that I have almost listened to everyday."

Are there any memories from gigs, jam, open act and studio sessions which you’d like to share with us?

There have been a lot but you know how there are a few gigs in every band's lives they wish never happened, haha, this is one of those gigs. We performed at this venue in a different city but close to our hometown, what happened was we were scheduled to play at this fest and we arrive there at the venue in the morning and the management, the stage, sound, the venue itself, everything is just how it is not supposed to be. You know how when everything is so out of hands you just start laughing, that is what happened and we kept laughing at the whole situation the whole day because we knew nothing was going to happen right when we go on stage and it didn't. I got electric shocks through the vocal mic, throughout the set, for 5 times and the drummer, Gaurav, had his kick pedal detached and had to continue the song by beating the bass drum through his own foot for some time till the situation got resolved, haha, but we get to learn a lot from the happenings, don't we.

You know, it's everything. I wouldn't say this in all the negativity that the music of now is nowhere close to the past but yes I would agree to that on a large extent, not that there aren't any good artists nowadays, but honestly the amount of those is really less. Still I would say it has become a circus for a lot of pretentious people who don't even write their own music. Not that there weren't hired songwriters in the past but this is all we see nowadays which is just really unnatural for me to fathom.

It's a great sign to see a lot fellow young musicians getting on the bandwagon to go ahead and make good music, just cause it needs to be done. So that in itself is a really beautiful thing to see and I hope we all keep on doing that. The fears for the future, I would say will still remain the same, that is, fading of good artists just because of lack of resources to nurture themselves.

Make an account of the case of the blues in India. Which is the most interesting period in local blues scene?

Well, there aren't many blues bands in India and there isn't much of a following like the West but everybody's slowly trying to catch on the whole culture thanks to bands like Soulmate, Blue Temptation, Blackstratblues. The most interesting for me would be the month of February, a blues event of international standards called Mahindra Blues Festival has been held since a couple of years, where we played this year. The festival has had the likes of Buddy Guy, Jimmie Vaughan, Tedeschi Trucks Band, Walter Trout, Ana Popovic, Keb Mo, Jimmy Thackery and several others play in Mumbai, India. Which is a big thing, considering that it's the only festival in India for Blues Music on that big of a scale. 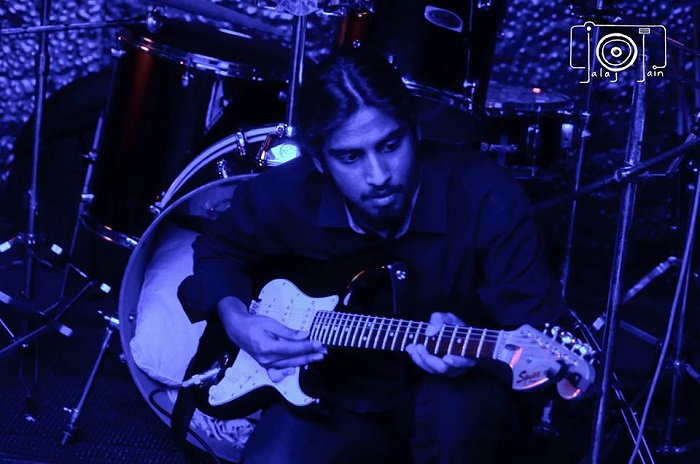 "It's a great sign to see a lot fellow young musicians getting on the bandwagon to go ahead and make good music, just cause it needs to be done. So that in itself is a really beautiful thing to see and I hope we all keep on doing that."

Of course, to be honest every kind of music is related to every other form in some ways. The rhythms and the notes that comprise the music are all the same, it's just the delivery that makes it sound completely different.

Again, I have been saying this from a long time and I'll say it again, the Heavy Metal culture in any country is by far the most overwhelming music culture there is. The fans don't care who's playing, how much money they'll have to spend to be there to support the music, they WILL BE THERE, no matter what. And I, myself am a big Heavy Metal fan and it's just really emotional to see some of my fellow musicians(including me) being broke but not giving a single care and spending all they have just to be able to hear good live music.

There is no doubt that Blues and Rock n' Roll are one of the most crucial reasons of the whole idea of racism and segregation being thrown in the garbage can. Since the rising of Blues and Jazz music in the North American part of the world, more and more white people have learned that there is no difference between all of us, as humans. Nothing separates us from each other, we are all equally the same. The idea of more and more White American, European and/or Asian people being able to celebrate this African art form is in itself a very overwhelming thing that brings all of us together amongst all the hatred that is being done in the name of religion and race since the start of time.

Well, to be honest I would love to go and live on the mountains or someplace really far away from the city life but If it's just for a day I'll probably go and watch a concert again, maybe Buddy Guy, maybe Jimmie Vaughan or maybe even Megadeth, haha. 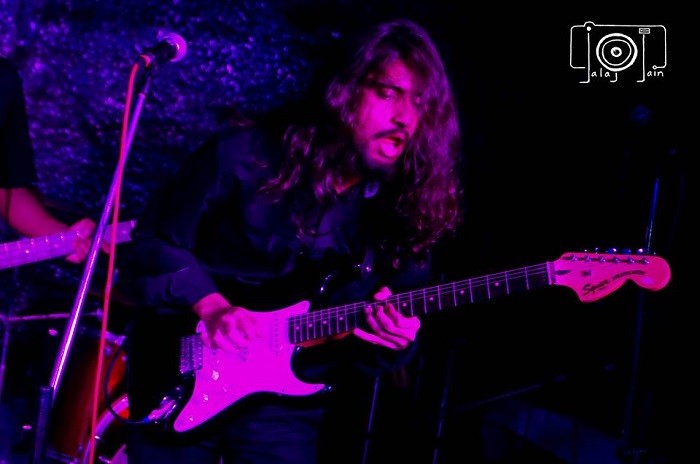