Greek Blues Scene - An Interview with Full Houze from Thessaloniki: Walkin' on the Blues Streets of Town

'FULL HOUZE'' band is formed in 2001 in Thessaloniki (Greece). They’ve created their own sound, influenced by all American roots (Southern rock, rock 'n' roll, blues, country, folk, etc.)
They’ve toured all around the land from North to South and also 2 times around the Greek islands. 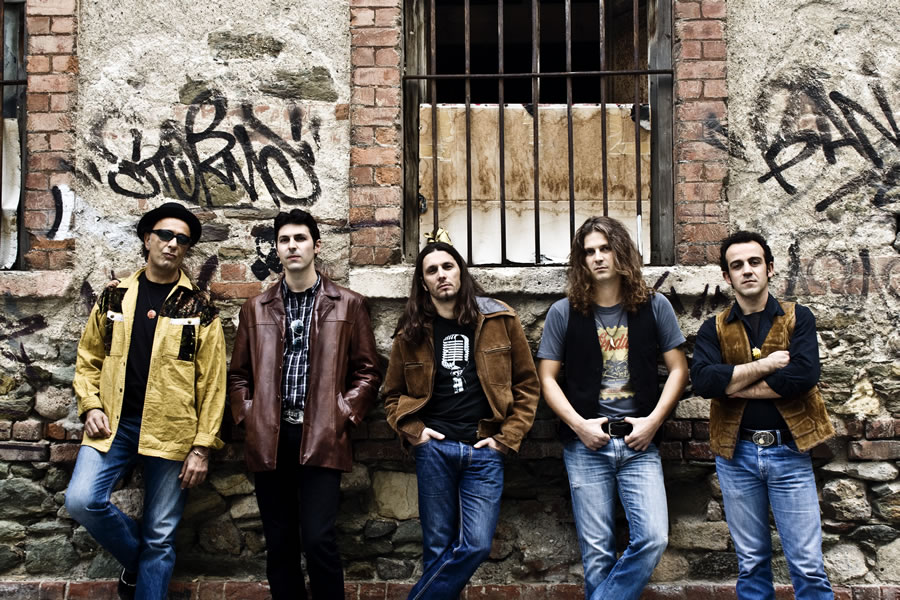 They had the honor to share the stage with great bands and musicians like DR. FEELGOOD, NINE BELOW ZERO, SNOWY WHITE, PAVLOV'S DOG, NELLIE TRAVIS, BLUES WIRE, NICK & THE BACKBONE and others. Being close friends since they were kids, they give their heart and soul to their music and 100% to every gig. The first cd “Streets of Town” with their OWN SONGS has been recorded and it is out!!
Full Houze are: Panos Doucas - Vocals, George Keratsopoulos - Guitar, Miltos Veloukas - Guitar, George Athanas - Bass, and Billy Koutis – Drums

When was the first time you felt the need to play the blues and Southern Rock? What were your first influences in music and which were the first songs that you learned?
Miltos: When I was 13 years old. I bought my first guitar after listening to Lynyrd Skynyrd. Then I searched where this music came from and I discovered blues, rock n roll & country music. The first song I ever learned to play was “Simple Man”.

Is the “blues” a way of life? What does the BLUES mean to you?
Panos: Blues is a stance, a religion. Blues is shouting your pain out in a melody that everybody will understand but nobody will feel petty for you. Blues is falling at your knees asking for forgiveness without giving away an inch of your dignity.
Miltos: For me it’s learning to live with pain… you just try to be released from it through your music. Tell me about the beginning of Full Houze. How did you get together and where did it start?
Miltos: It started back in 2001. Me and George were close friends, we had the same guitar teacher and we decided we should form a band together. After a long period of replacing band members, Billy (drums), George (bass) and Panos (vocals) joined the band and the case is closed!

Why did you choose that name & what is the “philosophy” of the band?
Panos: The philosophy is that 5 completely different cards can have something in common… a strong hand!

Would you like to tell something about making this new album “Streets of Town”?
Panos: This is a “handmade album” in most part, a “Full Houze” production. Indie!
Miltos: We must thank Giorgos Priggos, Dimitris Bitzenis, Apostolis Siopis, Zisis Giamalis and Mariana  Kotti - Tenia Menegaki from “Apo Dec” for their support! 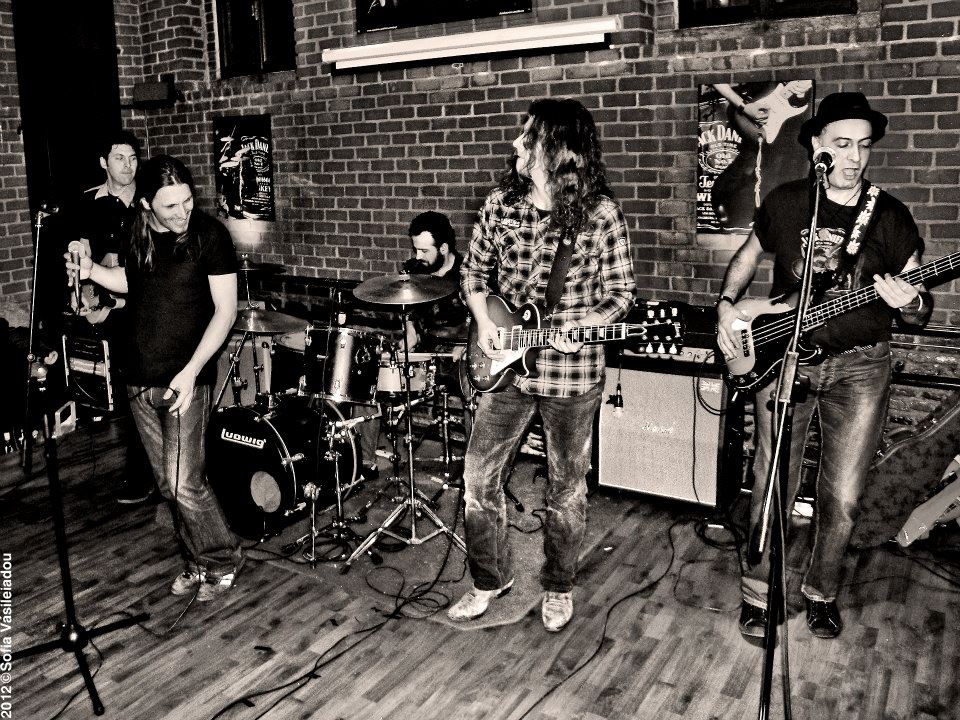 Do you remember anything fanny or interesting from the recording time?
Panos: Miltos had to push me to the limits and get me really angry  in order to sing “Streets of Town”
Miltos: Yeah, and it finally worked out!

What are some of the most memorable gigs and jams you've had?
Panos: In Kosovo (Mitrovica), where we played in front of thousands of people.
Miltos: Yes, that was a night we’ll never forget… But the best jams we had are not memorable, because we were a little bit drunk!

What are you thinking when you guys are on stage?
Panos: What’s the first lyric damn it….!!
Miltos: Ha, ha…I‘m in charge to remind Panos that lyric!

Which are the best and the worst things in touring?
Miltos: We love to be on tour! Being on the road it feels like “home” for us. The best thing about it is… everything! The worst moments are when we argue about something. That can be really bad! 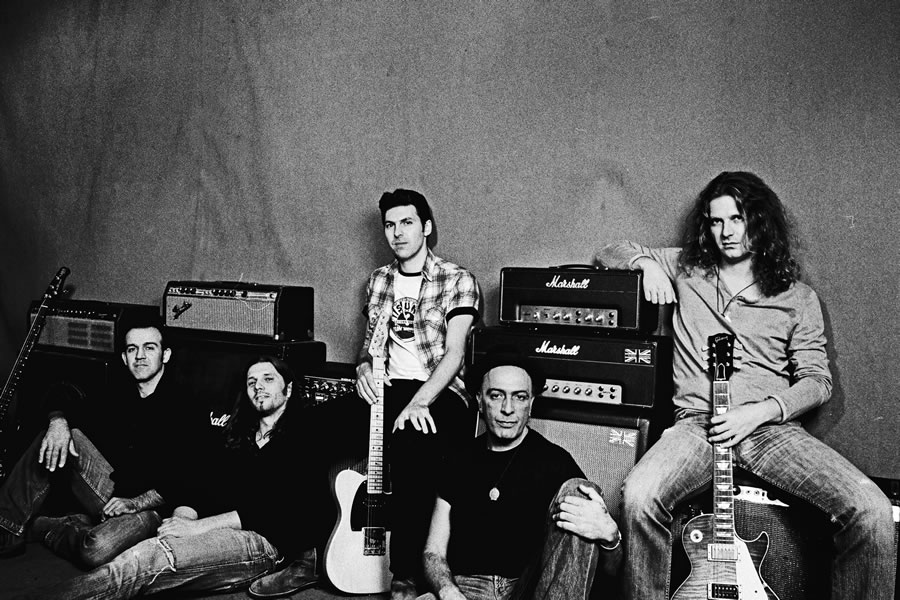 Are there any memories from DR. FEELGOOD, NINE BELOW ZERO, SNOWY WHITE, PAVLOV'S DOG, NELLIE TRAVIS, which you’d like to share with us?
Miltos: It was a great honor for us to share the stage with musicians we grew up listening to. Also we were very pleased to meet these people backstage, shake their hands and get a little of their energy!

How did the blues music started revealing its secrets to you?
Panos: “Blues Wire”, the most historic blues band in Greece,  brought to our neighborhood the train of blues. We just had to get in.
Miltos: Yeah, we just followed them everywhere they play and we learned o lot from them. 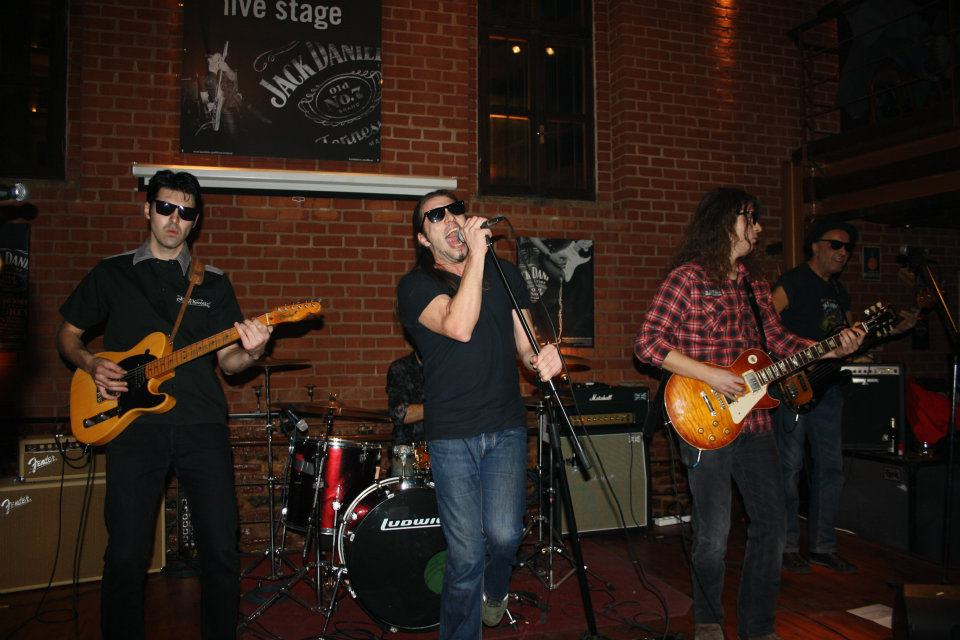 What mistakes in the local “blues rock business” would you wish to correct?
Panos: There is no such thing as local rock business. We wish we can give a sparkle in order to start one. But this is not a “one band job”. We keep supporting people of this scene and we are always making the Full Houze family bigger and bigger. There is still a lot of work to be done.

Which of the blues and Southern Rock historical personalities would you like to meet?
Panos: Eric Clapton for meeting the beginning of white blues, Mark Knopfler for meeting the marriage of country and British rock scene, Robert Plant and Mick Jagger for meeting the “real vocal thing” and of course Bruce Springsteen for meeting …the boss!!
Miltos: Most of the historical personalities in southern/blues/rock scene have passed away… But still we got B.B. King, Peter Green, Gary Rossington and many more… Of course, I would also like to meet Bruce Springsteen & Tom Waits.

Some music styles can be fads but the blues is always with us. Why do think that is?
Panos: Blues meets you at the cradle and they are always inside you ever since. It will just need some pentatonics someday to wake em up. Do the media help the blues in Greece & what is your opinion about blues.gr?
Panos: The media in Greece serve this kind of “greek-pop-bouzouki” music. But, there are very few examples like Blues.gr that still believe in blues/rock scene and try to keep it alive. We stand together and we will keep trying.

Do you think the younger generations are interested in the blues and Southern rock?
Miltos: Yes, they are and we are glad about it! It’s nice to see young guys in our audience getting to know each other and forming bands influenced by the blues.

Do you believe that someone can make a living just by playing the blues rock in Greece?
Miltos & Panos (simultaneously): No !!!!!!!!!!!!

Have you ever thought of leaving your country and finding another place to play your blues rock?
Miltos: It‘s in our plans. This summer we are going to play in Moscow it is possible that a small tour in North Europe will follow. If we have a good chance to move to another country and make a living by playing our music, then, yes, we will do that!
Panos: I can’t hear you… the plane engines are very loud! Bye, bye! 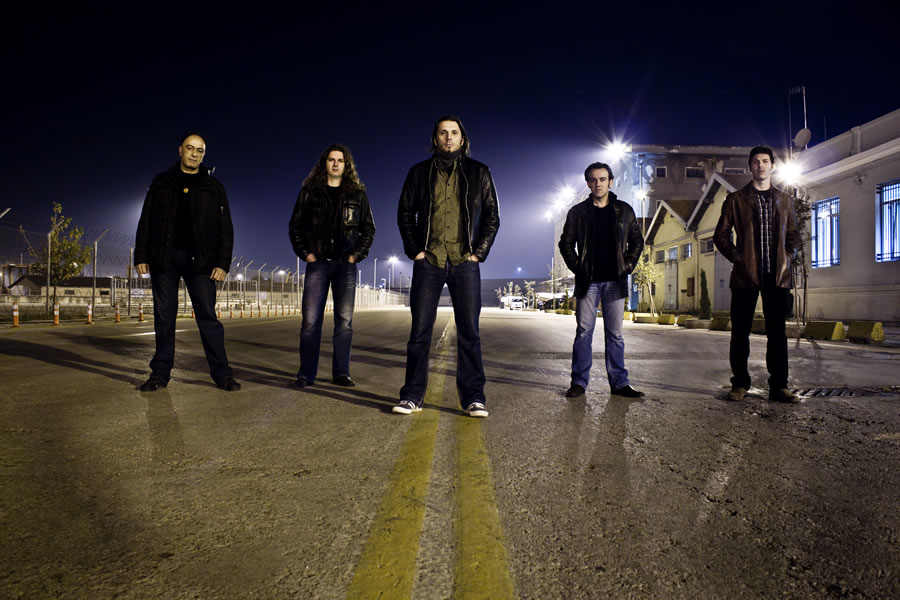