"For me, what happens in my life is translated into the songs that I write and perform. I am an inspirational writer."

Dallas Hodge was born in 1954 in Detroit Michigan. He started playing the guitar at age 13. He went on to lead several bands over the next few years and finally teamed up with his brother Catfish Hodge in 1970 as the Catfish Hodge Band, recording several albums together. In 1978, he moved to Santa Cruz, California where he met and teamed upthis time with legendary guitarist Steve Marriott of Humble Pie fame. In the year 2000, he was offered the task of fronting the legendary band Canned Heat, one of the headliners at the original Woodstock Festival. Known for such hits as "Lets Work Together," "Goin Up The Country" and "On The Road Again". I knew I had some big shoes to fill" says Dallas. Even though Bob "The Bear" Hite had passed away quite some time ago, it was a challenge he met head-on and every year he just got better and better. It's been said that this line-up has been one of the factors for bringing Canned Heat back to the lime light along with the return of Skip Taylor as manager. (He was their original manager.)  No longer fronting the band, Dallas has stepped up his efforts and pushed on with his own career, and with his own style of Motor City Rockin Rhythm and Blues.
In 2005 Dallas was introduced to a gentleman who would ultimately be the one to help him record as well as co-produce his long awaited CD Tom MacLear.  It was from here that a new chapter would begin and change was going to come!
In 2009, Dallas was contacted by Bob Seger Sax man Alto Reed to work with him and his "West Coast Blues Entourage". They have done several dates in Colorado and have plans to do more. Hodge and Reed have known each other for over 30 years from Detroit.

Mr. Hodge, when was your first desire to become involved in the blues & who were your first idols?
My early idols were Freddie and B.B. King, Wilson Pickett, James Brown and the list is a little longer than this... 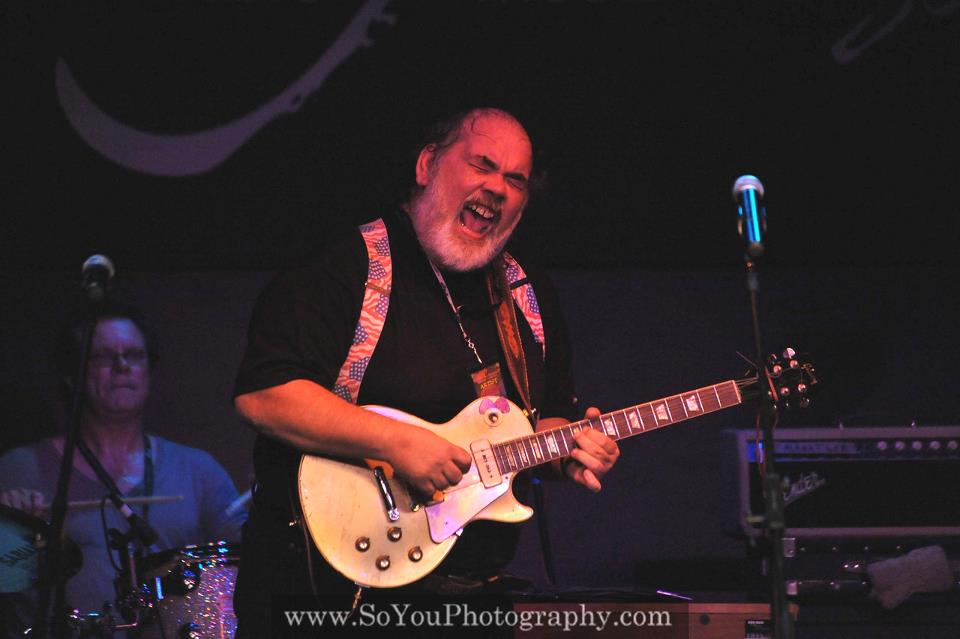 What was the first gig you ever went to & what were the first songs you learned?
I can’t remember the first gig but, I think it was a church in Detroit that I was asked to come and play with the house musicians when I was 12 and we did some gospel songs. After that was a NAACP party and we did the standards at the time from Otis Redding, Hendrix and Cream.

Which was the best moment of your career and which was the worst?
There are so many,however, I think meeting B.B. King a few years back was the best and the fact that he actually remembered my mother who had befriended him years ago. He called her Chica and when I introduced myself to him and spoke of my mom and what he called her he said… I remember your mom and how is she. At that time she was on a ventilator in a facility in Detroit and he said… Make sure you tell your mother that B.B. said hello and sends his best. My worst was the day my mom passed away. She was my best friend and supporter both her and my dad. I am lucky enough that my father is still with us, however he has dementia. He is 92 years young!! What does the BLUES mean to you & what does Blues offered you?
It is an expression that is hard to put into words. It is a feeling that, well, I think we all can feel whether it is a slow blues or an up tempo blues. And as far as what has it offered me, it eventually led me to be the front man for the legendary Canned Heat and travel around the world and see and meet people that I might never have met.

What do you learn about yourself from the music?
I learn that everyday, we do and can learn something new. And by performing put a smile on some people’s heart...what a treat.

From whom have you have learned the most secrets about blues music?
I would have to say it goes back to my favorites. Freddie and B.B. King.

How would you describe your contact to people when you are on stage?
You would have to ask the audience this question. I would like to think that I can sing and play music that makes them feel good. What experiences in your life make you a GOOD musician?
Hmmm, it depends on what you mean by the word good... I think that any musician will tell you that life has an influence on what we write about. For me, what happens in my life is translated into the songs that I write and perform. I am an inspirational writer. I can’t just sit down and write a song. But when things happen to my family, or me it inspires me to write about it whether it’s good or bad.

Some music styles can be fads but the blues is always with us. Why do think that is?
Again, it is a feeling that we all have. Whether you are singing about being on the road or your woman just left you or the sun isn’t shining today. It relates to what life brings our way both good and bad. 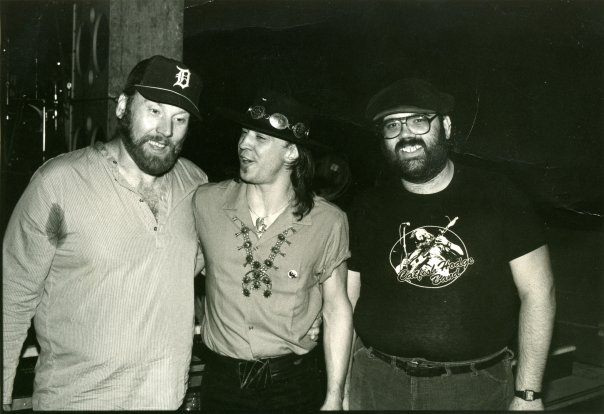 I wonder if you could tell me a few things about the story of Catfish Hodge Band.
My brother started the band called Catfish in 1968 or so. Eventually after several press write-ups on the East Coast including his name in them Catfish Bob Hodge, it became his name and after that it’s history. Hence born the Catfish Hodge Band.

When did you first meet with Canned Heat, Larry & Fito?
I met them many years ago back in both Ohio and Michigan doing festivals and such. However, I don’t think I or them remembered as this was back in the days of the 70’s. Then I met them again when I was asked to come to an audition for the band in 2000. Larry and Fito are just straight ahead musicians.

What would you have given to Bob Hite?
Not sure. Him being a musicologist, I can’t even think about that.

What would you ask Al Wilson?
I would have to think about that. Probably would be about some of his tunings that he used on guitar. 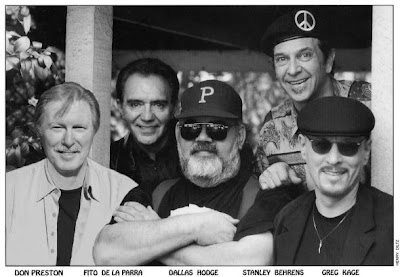 Are there any memories from Canned Heat, which you’d like to share with us?
There are so many. I know that is a cliché but, there just is.

What is the thing you miss most from Canned Heat?
I think I would have to say all the friends I have met around the world and I love to travel. Then of course it goes without saying THE MUSIC...

I wonder if you could tell me a few things about your experience with Steve Marriott of Humble Pie.
He was a fun man to work with. He was a great singer/songwriter and being a Brit quite the funny guy a lot of the time. My band at the time Deluxe and I, were quite saddened when he told us that he had to use the original guys or as many as he could from the Pie. He was truly sorry that the biz had made this necessary. We understood this. However, we made some great music together. Our saxman Jimmy Hannibal recorded on the album he released back then and he had the players play the parts that Steve and us developed. We always hoped that we might get back together with him and I almost did in 1983-84. He came through LA and we opened for him of which he asked me to join the band. Unfortunately, I was working with my brother with the Hodge Brothers Band and working on a record deal ourselves. He wanted me to leave that night with him and the band on the bus...I miss him much... 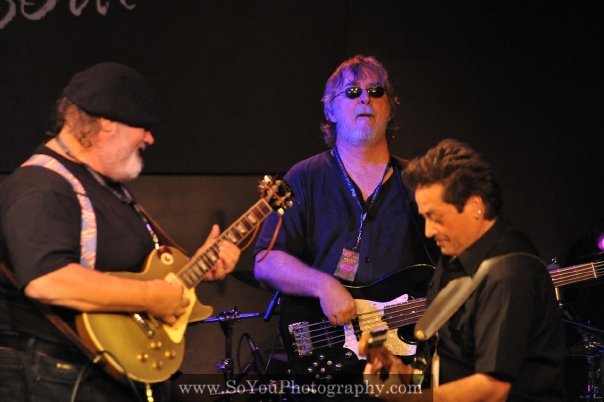 From the musical & feeling point of view is there any difference between Woodstock of 1969 & 2000
The musical soul in that the original was all about the music not the profit. However profit was involved in the original too. But all that followed were about the money. I will not say that there was not good music at them, just that it was more about the money. Sometimes things happen in our lives that can never be repeated as they were just a special, magical moment. And, that is what Woodstock was a very special and magical moment in time.

What’s the best jam you ever played in?
I cannot tell you any particular one, as there have been a lot of good fun jams I have been lucky enough to be in. 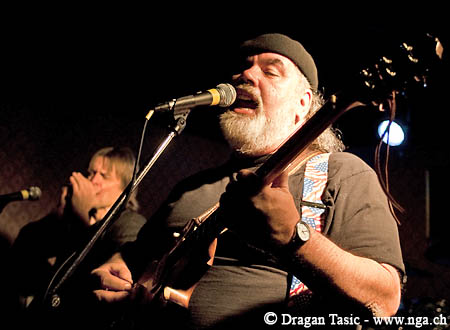 The Motor City Rockin Rhythm & Blues, how did this band come about & what characterizes the sound of band?
After leaving the Heat I wanted to do my own record. See, I have recorded for others but had never done my own. This cd Reelin was a very special recording. I wanted to do a record that would accomplish two things. One, I wanted to pay tribute and thanks foremost to my mom and dad, known as Ma and Pa Hodge in Detroit and the music circle. And two, if I never got a chance to record another record of me, I wanted to leave something that said I was here. I wanted to leave a feeling that hopefully people would like. Something that my children and my children’s’ children would be able to listen to and go... that was fun music that old man recorded. And to also give and leave something for the fans.

What turns you on?
Good music and the rest I can’t tell you hear…lol

Which things do you prefer to do in your free time?
I like to ride my sons Harley from time to time and see a good sci-fy movie or a good adventure movie. 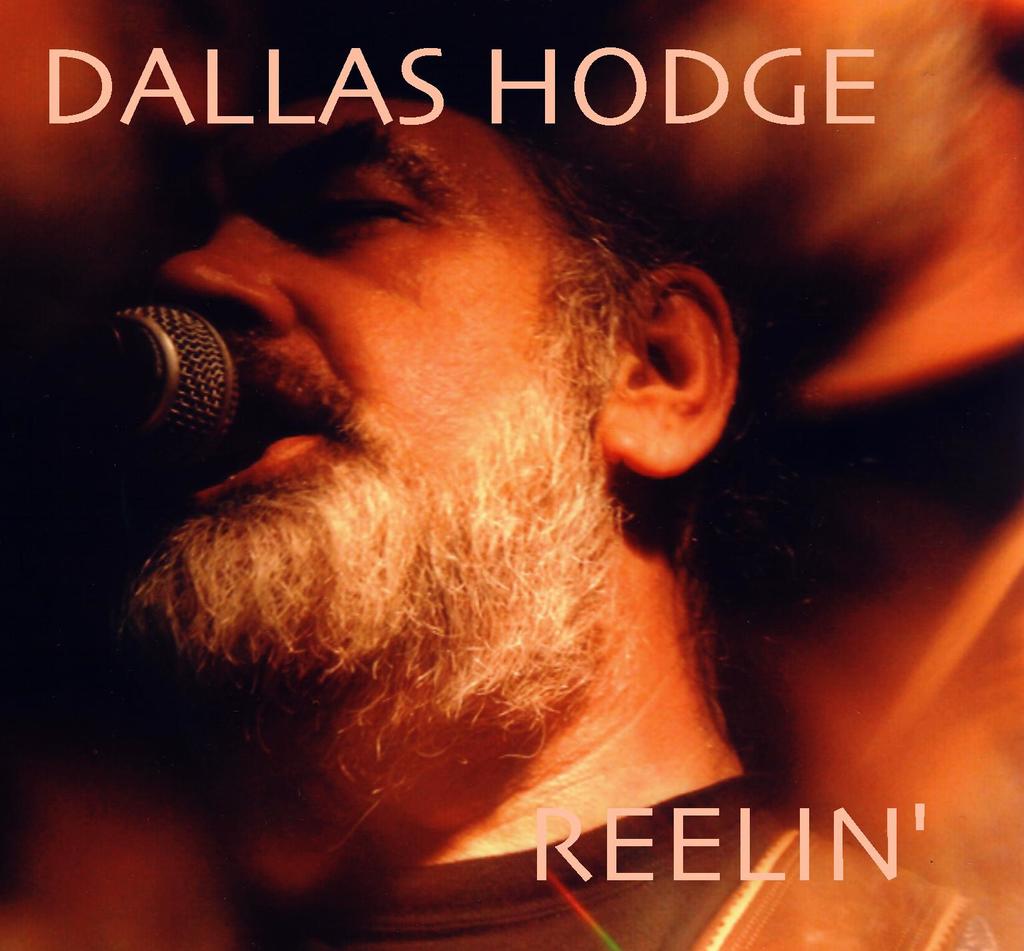