"Blues could be seen from more viewing angles but the pioneers have long now instinctively laid a structure from which it is very difficult to escape."

George and the Dukes: Majestic Blues

George and the Dukes is an electric blues band based in Athens, Greece. Performance is a result of the feeling and power of real blues. Formed in the mid 90’s as an experimental blues quartet, the band was an immediate success since the personal skills of each musician; the authentic blues sound and the matching vocals were easily identifiable and felt. Nowadays, this real band delivers authentic Chicago blues as well as blues rock with jazz-funk elements. 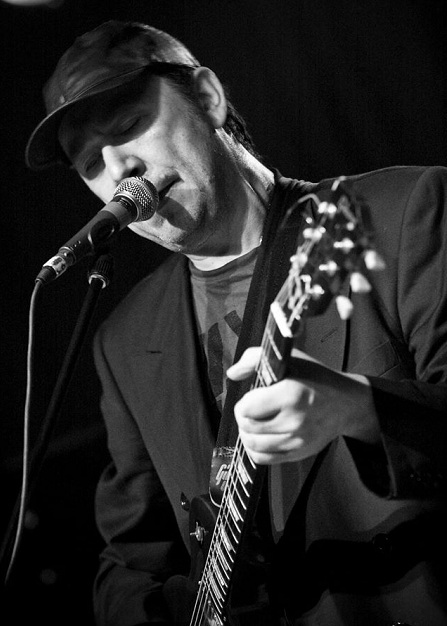 Influencing artists include B.B. King, Albert King, Freddie King, Albert Collins, Otis Rush, Jimmy Hendrix, Johnny Winter, Stevie Ray Vaughan, George Benson and Ronnie Earl. During his England years, George Hadjopoulos also got together with black community musicians and friends, with whom jamming and blues, dub & funk music sharing was often the natural outcome of a hard day’s work. Performing with other respected local and international artists / musicians, including considerable live performances, combined with the vocalist’s bluesy voice, intense and heavy guitar soloing, dominant low frequencies of the bassist, the drummers dexterity and the band’s commitment to the blues with a feeling concept, the result is evident. The band’s friends would conclude this description by their usual comment: “every song sounds like it’s been heard for the first time”. George and the Dukes are: George Hadjopoulos on vocals & guitar, Dimitrios Metaxas on bass and Nikos Papavranousis (or Giannis Christopoulos) on drums.

Blues music has reminded me of a Socrates saying which goes: «ΟΥΚ ΕΝ ΤΩ ΠΟΛΛΩ ΤΟ ΕΥ» (The best is not among the plenty). In other words,.. keep it simple. I believe that blues music has always been a way to express feelings.  The more expressive you are and less influenced by technique and musical rules, the closer you are to real blues expression. Blues could be seen from more viewing angles but the pioneers have long now instinctively laid a structure from which it is very difficult to escape. 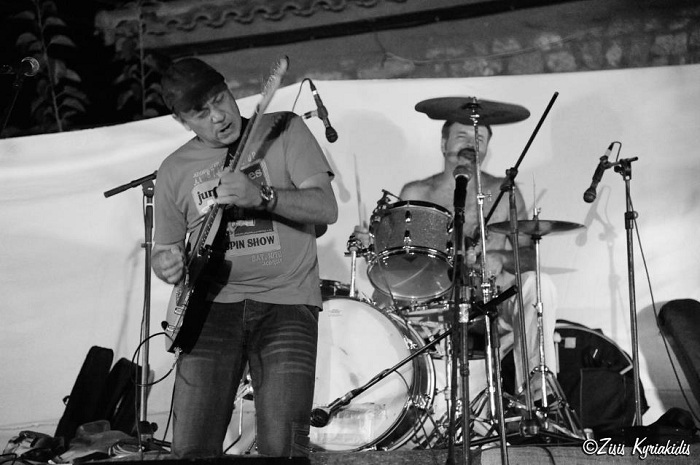 "Blues is a time stamp set by particular living conditions at the time. If you want to stick to the real thing, I believe the more honest thing to do is enjoy those old recordings." Photo by Zisis Kyriakidis

How do you describe and what characterize George and the Dukes sound and philosophy?

Our philosophy is to share music with audience. There is an interactive relation between audience and musicians. We just want to be the feeling and expression of ourselves and the people who are there with us. I would characterize George and the Dukes as a band which has a balanced sound. By balanced I mean hard and rocking sounds when needed and mellow sounds when the moment calls. We do not believe much in releasing recorded material in this particular type of music. I personally find no point in using the same musical form & structure, chords etc - so long now established - only replacing lyrics to state “we released a new blues song”! The blues pioneers have done all the work for us, the call is to try to release the raw feeling, not re-arrange three basic cords and some riffs with space technology and speed.

If you mean playing with other musicians, I‘d say the best meetings where with good musicians who mainly saw music as something to be felt and shared and had an ear for the whole band. As regards advice, I can’t really recall being given any.

Are there any memories from gigs, jams and open acts which you’d like to share with us?

After years of playing the only thing that remains is the music and the feeling of open air, especially when horns were playing ..! I miss the honesty and raw simplicity of the blues of past. I miss the feeling, the expressiveness, the low profile and true humbleness of the musicians/ song writers. Blues is a time stamp set by particular living conditions at the time. If you want to stick to the real thing, I believe the more honest thing to do is enjoy those old recordings.  I don’t think such music can be written again because our living “style” has drastically changed, but I do believe in preserving as much as possible of the original blues qualities in playing blues standards and also when working on other music genres, which I find equally interesting.

I think all periods where interesting. Many bands were formed but few have persisted over the years.  Ι am glad I have shared the music with many of these guys. Good thing is there are a few new musicians lately interested in blues, which should be promising.

I was never a close member or follower of the local blues circuits, since I never believed in music tags. I played what felt good to me and stuck around with friends, musicians or not.  It looks however that as time goes by and as regards - so called - blues circuits, people are also influenced by factors which have little to do with the music, factors related to personal, social and other needs. I am glad to see at the same time that people who love this music in depth, will be there almost every time!

I would wish for more and genuine promotion and a true team spirit between all! 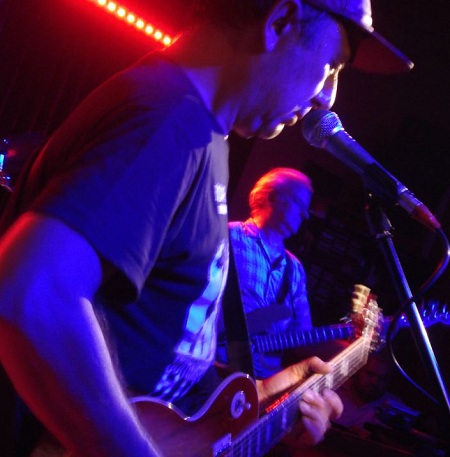 Since I was never a part of music circuits I can only refer to gig experience and say that its funny when blues lovers almost never attend gigs and it is emotionally moving when people with totally opposite musical culture happen to attend a gig and come at the end asking “what is this music called ? Can we listen to more?”

Sounds interesting as a question! But please let me use this last space to thank you for hosting our conversation.  There are good things around us which should be appreciated. I thank everyone who took the time to read this interview and wish you all, the best.