"The blues were born where people 'had it rough', just to put it simply and I think it is a music genre that really reflects someone's personal sensitivity in a pretty direct way."

Myles Therron is a songwriter, virtuoso guitarist and singer of early blues and R&B music. His sound is influenced by artists like Sam Cooke, Freddie King and Jimmy Scott. His decade long career has found him sharing the stage with Sam Kelly (5 times awarded UK blues drummer) and Nikki Lamborn (unique blues & rock vocalist). Performing in music venues around London, Plymouth and Northern Ireland he has received great feedback. 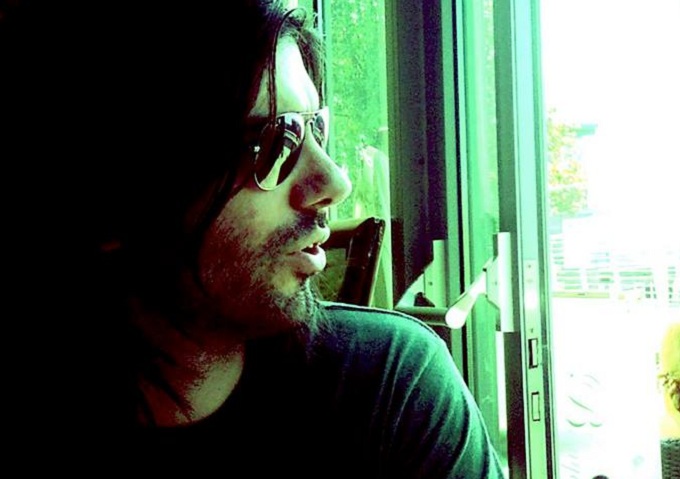 Relocated from Amsterdam in London in 2005, Myles followed a music course in popular music performance and got involved in various blues projects locally. At the moment Myles is working on his debut album "Through the wall" - a fresh Blues and R&B work with elements of early Soul music. Greek origin Myles (Stelios Fragopoulos) talks about his experiences in blues paths, Sam Kelly, Nikki Lamborn, Greek scene, Freddie King and Sam Cooke.

When was your first desire to become involved in the Blues?

Listening to the Bluesbreakers with Eric Clapton. I think this had a great impact on me. It didn't take me long to discover Chess and Stax records.

From whom have you have learned the most Blues secrets?

Freddie King has probably been the biggest influence, together with B.B. King and T-Bone Walker.

What do you learn about yourself from the Blues culture?

The blues were born where people 'had it rough', just to put it simply and I think it is a music genre that really reflects someone's personal sensitivity in a pretty direct way. I like that. I think it is a kind of music that helps you get through the day, in a way. 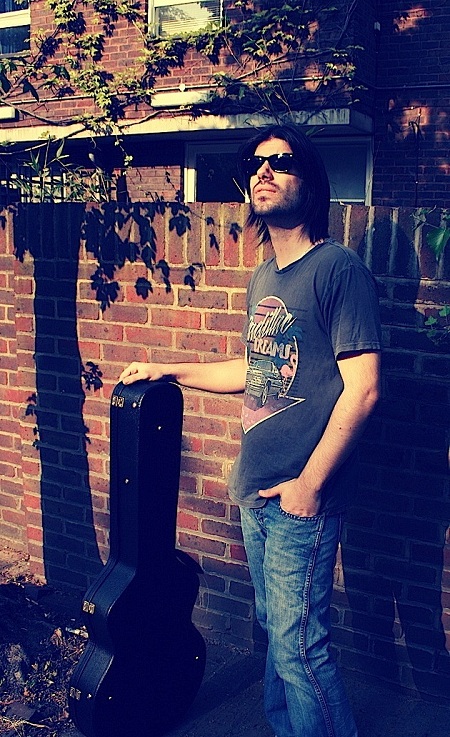 Blues music definitely speaks to me in a certain way. I listen to a whole bunch of different stuff but it is the only one that can create such emotions to me. I just love it.

How do you describe Myles Therron sound and progress, what characterize your music philosophy?

It goes back to 2008 when I was making music for a composition module at uni. It was a bit of a task, as I was working on a laptop and all the sounds I was using back then were midi, so inevitably the whole thing turned out to be a contemporary electronic "blues" oriented track. Then I came up with the idea to give it a try with a real band. Although the transition from midi to a real audio parts played by musicians was a bit of a pain and quite time consuming, the result was pretty cool.

What experiences in your life have triggered your ideas most frequently for songs?

Everything really. From social stuff to relationships and life in general.

Life has become very complex everywhere. This has definitely had an influence on music and art in general. But sometimes, though our minds seem to get attracted by complicated stuff,  our hearts say yes to simplicity and honesty. I think this is one of the reasons why in recent years the blues have attracted more and more fans.

I remember once I booked a keyboard player and he arrived for the gig without his keyboards thinking there was a piano already there, which was not the case. It was a bit of a disaster, as we had to go ahead without him, but also kinda funny. 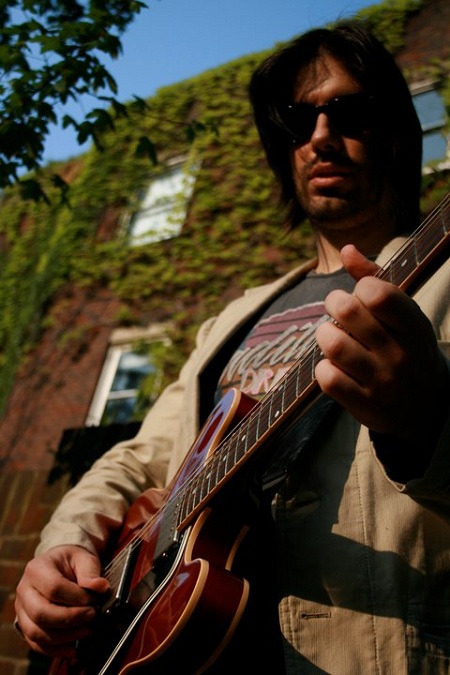 One of the best jamming moments I had was definitely with Sam Kelly. Best jams have been at the Blues kitchen in Camden, London. The vibe there is amazing.

Meeting people in the music industry has been the best experience for me. The best advice I was given was to always put my personal style in what I do.

Are there any memories from Sam Kelly and Nikki Lamborn which you’d like to share with us?

During the last year of my music course at uni I met Sam at a jam session in west London. After a couple of jams I asked him to play with me during my final performance project. Sam is always open to meeting new musicians and making new friends so we did the gig together with the other guys. Nikki is a great blues/rock singer with a fantastic voice. She always gives the best advice about music and singing and I'm just really glad to have her support.

I'm quite optimistic I would say. People always like to work on their talent so to me creativity will definitely evolve towards different directions. I always like to see music as a place where everybody is welcome. You can find all kinds of people there.

What are the lines that connect the legacy of Blues with Soul and continue to Rock and R&B music?

Well, I think it's just the music through different periods of time. I'm pretty much involved with all the styles above. What I'm doing mainly is blues or blues based if you like, but the original material I'm working on varies. I mean I like to mix all those styles together in an album and not limit myself to one or the other.

Make an account of the case of Blues in Europe. From Holland to UK, what are the differences between the local scenes?

There is a great blues scene in the UK. In Europe there are lots and lots of venues where they play the blues. I remember when I lived in Amsterdam people dressed really nicely to go out and listen to the blues, especially on a Saturday night. I thought that was pretty cool. 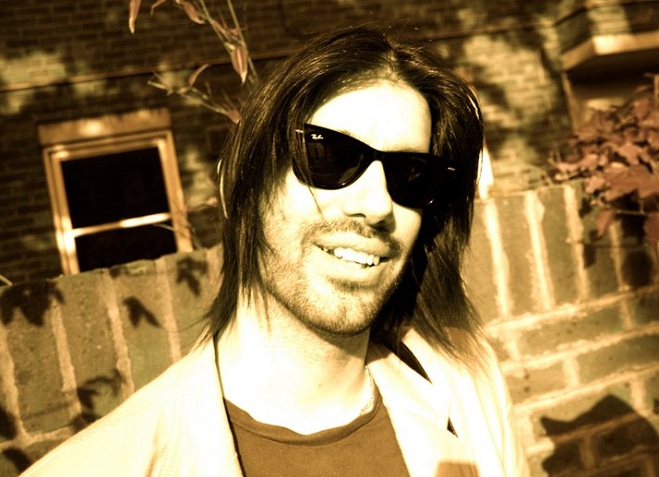 "Blues music definitely speaks to me in a certain way. I listen to a whole bunch of different stuff but it is the only one that can create such emotions to me."

Are you Greek? Do you believe that someone can make a living just by playing the blues in Greece?

I'm Greek. Previously I thought it was not possible to make a living as a blues musician in our country. The good thing is that in Greece more and more people nowadays, especially the younger ones would like to hear more of soul or blues and jazz.

Which incident of Blues history you‘d like to be captured and illustrated in a painting with you?

Not sure I get this question, maybe playing the guitar B.B, whilst singing with Muddy if that's what you mean.

Sure I'd like to spend a day in the 60's at the time of the beginning of the urban blues scene. I would take a trip to Chicago, LA, or Memphis, listen and maybe get a chance to meet all these great artists that continue to inspire me as well as millions of others worldwide.

Sam Cooke had a legendary voice and music. He's one of my favourites for sure. Apart from his extreme talent, his life was also pretty incredible. Am not sure what one could ask. So many things really. Freddie would definitely be my guitar mentor, even for a day. Robert Cray has been a great inspiration to my music and his songs are just amazing. I think this is enough said.. 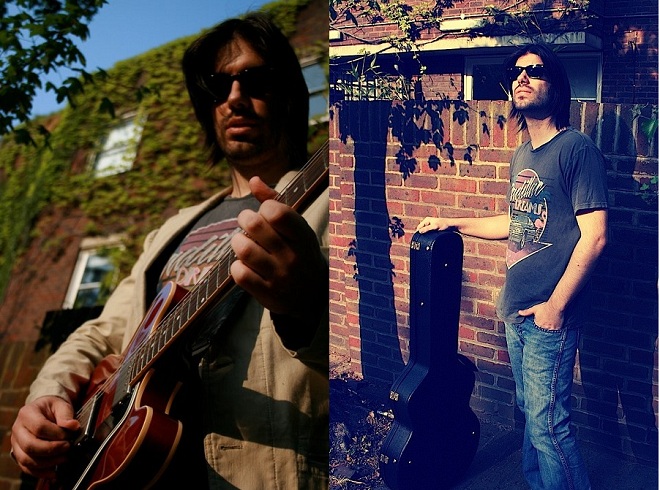