"Blues music deals with universal themes – it’ll console you when you’re sad, and make you dance when you’re happy. That appeals to everyone."

Rod Kennard: Dance with the Devils

The River Devils are an Edinburgh based Blues/Roots Rock band comprising road-tested veterans of the UK and international blues scene, fronted by widely respected singer, guitarist and songwriter Sandy Tweeddale. Edinburgh based, Sandy has forged a reputation as one of the UKs top performers on the global blues and roots scene, travelling through Europe and Australia as a soloist, touring and recording as songwriter and guitarist with BB King-endorsed blues legends Blues ’n’ Trouble, with Louisiana bluesman Lazy Lester, and with his own band, the Blue Hyenas. 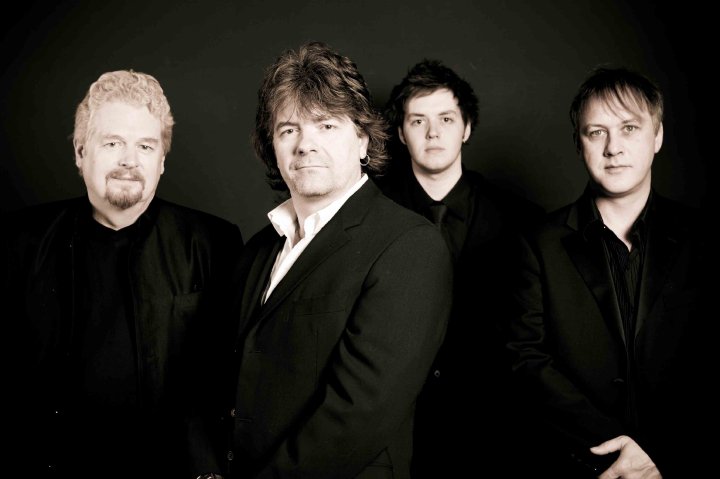 Keyboard player Angus Rose has written, arranged, produced and played for many successful acts in South Africa, enjoying No 1 chart success, before recent relocation to Scotland, continuing his production and session work while wowing live audiences with his masterful keyboards and Hammond Organ.

In a professional career encompassing more twists than Chubby Checker, bass player Rod Kennard has played sessions, produced, and toured all over Europe and Scandinavia with a variety of bands and ensembles. Currently based in Edinburgh, Rod has most recently been working with reclusive blues guitar genius Stevey Hay, jazz singer Todd Gordon, reggae band Kool Vibration, master of the Telecaster Jerry Donahue, the Timo Gross Band (Germany), and Blues ‘n’ Trouble. Drummer Jordan Gilmour was brought up in Australia, learning his trade in the fertile Blues, Country and Roots scene in Melbourne, working with (among others) rising star CW Stoneking. Relocation to Scotland has led to consistent work with Edinburgh's leading Jazz, Funk and Roots musicians. Rod Kennard talks about the band, Scottish blues scene and his blues friends.

It would more useful to discuss this in terms of music in general!  You don’t choose to play music – it chooses you.  Music is my main interest, activity, and way to make a living.  I can’t not do it…I’ve tried! 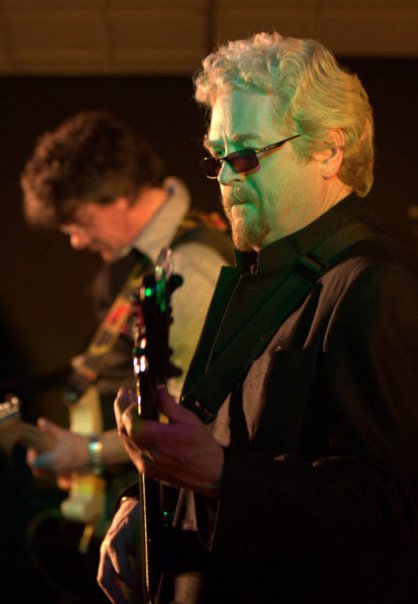 To be a good musician, you need not only technique and skill, but understanding of how a group of players can best work together to create the effect they are looking for.  I don’t regard myself as a good musician, as I am technically limited, but I have had many years’ experience playing in all kinds of musical ensembles, not just Blues.  You have to learn that sometimes the best thing to do in a playing situation is to actually not play anything.

The best songwriters generally have the ability to distill complicated feelings, experiences or situations into an uncomplicated narrative that speaks or relates directly to the listener, preferably linked to a memorable tune or rhythm.  In terms of the value of experience - you don’t have to go to Antarctica to know that it’s cold there, but someone who has experienced it personally will be better able to tell you about it!

How do you describe Rod Kennard sound and progress, what characterize your music philosophy?

I make music so that ladies will dance.  Everything else comes from that!

Tell me about the beginning of River Devils. How did you choose the name and where did it start?

I was playing in a band who’s singer/guitarist frontman decided to take a break from music.  The keyboard player (Angus Rose, now also in Blues ‘n’ Trouble), the drummer & I decided we wanted to continue to play together, and looked for a new singer/guitarist frontman.  Sandy Tweeddale was an old friend, and we asked him to join us.  The River Devils name came from an old family story of Sandy’s – apparently a Tweeddale ancestor returned from 3 years at war to find his young wife with a small son.  The wife explained that she had been bathing in the River Tweed (in the south of Scotland) and had been violated by a river spirit, or devil (‘Deil’ in Scots).  Hence the name “Tweed Deil”…or Tweeddale…and the River Devils.

From fellow musicians, past and present.

Which memory from Chubby Checker makes you smile?

I haven’t worked with Chubby Checker – so far! 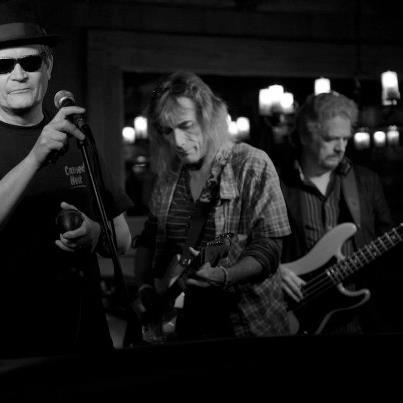 Taking the stage with Blues ‘n’ Trouble, Maggie Bell, and the Dundee Horns (ex-Average White Band) at the Dundee Jazz Festival two weeks ago was a memorable moment!

"My wish for the Blues is, that young musicians should respect the tradition but innovate, not imitate."

I’m anticipating next year as the most interesting – I’m not keen on living in the past.

Learn how to listen!

Why did you think that the Blues continues to generate such a devoted following in Scotland?

Blues music deals with universal themes – it’ll console you when you’re sad, and make you dance when you’re happy.  That appeals to everyone.

Make an account for current realities of the case of the blues in Scotland. Which is the most interesting period in local scene?

The last time Blues music was really popular in Scotland (and the UK) was in the 1980s – players like Robert Cray and Stevey Ray Vaughan were coming up, and crossing over to a mainstream audience.  There does seem to be current resurgence of interest in Blues music among young Scots musicians, and I hope they find an audience among their own peers.  We’ve lately been involved in promotion of Scottish Blues with the release of the “Jock’s Juke Joint” series of CDs - compilations of original material from Scottish Blues bands, Volume 3 released in the spring, 2013.

Play the song – not your instrument. Never be ashamed to play something that’s simple, if it fits the work. 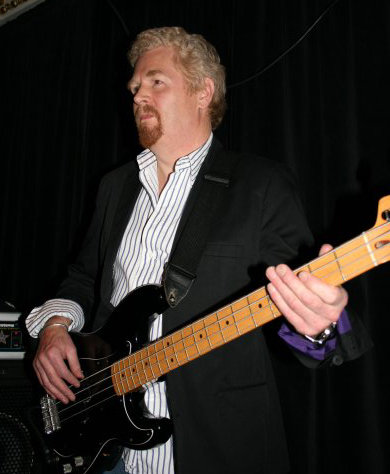 I’m involved in running a couple of Jam nights in Edinburgh, Scotland – the best will be the next one!  Memorable gigs include Sandy Tweeddale and me playing with Elvis Presley’s guitar player, James Burton, a couple of years ago….

"Blues would more useful to discuss this in terms of music in general!  You don’t choose to play music – it chooses you."

Recording is mostly repetitive, tedious work performed under pressure of time and budget. So – not so much!  That said, we had a good time recording our new album, Try Anything Twice.  We recorded the backing tracks live, sitting in a circle while Angus ran the desk and conducted the band like an orchestra at some moments!

As long as people are in touch with their emotions, the Blues will be with us. My wish for the Blues is, that young musicians should respect the tradition but innovate, not imitate.