"I think the Blues have a healing property."

Georgie Bonds: Riding With The Blues

Georgie “The Blacksmith” Bonds orn and raised in the Germantown section of Philadelphia, Georgie Bonds did not grow up listening to the blues or riding horses. Georgie got his first taste of delta blues when a friend loaned him a Robert Johnson tape. There was something about the music that grabbed a hold of him and wouldn't let go. At that point he knew that the blues was what he needed. One night in the early 1990's, he stepped onto the stage of an open mic blues jam at "The Barbery," took a deep breath, and belted out "Stormy Monday," the only blues song he knew. Fortunately, blues legend Sonny Rhodes, who was hosting that night, took a liking to Georgie and became his mentor. 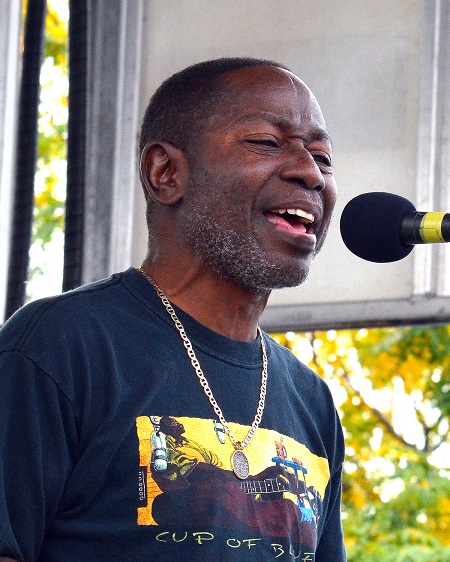 Then, in 1994, having put together a successful band, with gigs starting to pick up, everything came to a sudden halt as Georgie fell victim to a nearly fatal medication error, that practically incinerated him from within. The tragedy, with its long and painful recovery, could have destroyed his spirit, but remarkably, Georgie found grace through this trial. The test of that hardship has given deeper meaning to his musical career and his life, along with a renewed determination to succeed. At Warmdaddy's, the preeminent blues club in Philadelphia, Georgie hosted the monthly, open mic blues jam, offering aspiring blues musicians the same support he received from Sonny Rhodes. As the house band, Georgie Bonds shared the stage and played with Hubert Sumlin, Koko Taylor, Melvin Taylor, Mark Hummel, Slam Allen, Larry Garner, Bill Branch and The Kinsey Report and the list goes on. In 2001, Georgie independently released his debut, "Sometimes I Wonder" to significant critical acclaim. It took a while to overcome some health issues and a few other challenges that life threw at him, but Georgie was persistent and in 2013 Georgie released his second CD, "Stepping Into Time." Additionally, he was chosen for an acting/singing role in the broadway hit, It Ain't Nothin' But The Blues, which was nominated for Tony Awards and Best Musical and praised by the New York Times. Georgie has established himself as a world class singer/songwriter and blues entertainer and the best is yet to come. It seems as though the Blacksmith is blessed with the gift of making his dreams come true and his fans will reap the benefits of those beautiful dreams.

I first heard the Blues when a friend mine gave me a tape of Robert Johnson songs. As soon as I heard that music I felt a sort of life connection to it. As I learned more about the trials and tribulations of those older Blues men, I felt a connection to the trials I’ve endured in my own life. I think the Blues have a healing property. Singing the Blues always lifts me up when I’m feeling down and that must be why those old Blues guys sang the Blues.

How do you describe Georgie Bonds sound and songbook? What characterize your music philosophy? 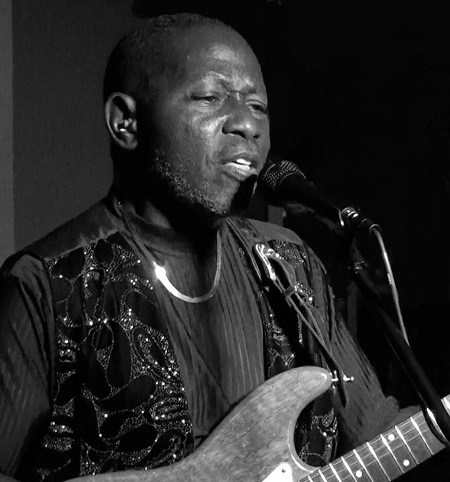 I guess my sound is similar to the electric Blues sound from Chicago but with a little R&B and funk mixed in. I like to say my music is “Blues for your soul and soul for your Blues.” I don’t really have a philosophy about my music. When I write a new song, I don’t really control what it’s going to be in the end. It’s just what occurs to me naturally.

"Blues music has a devoted following because it tells the truth."

Which is the moment that you change your life most? Is it easier to write and play the blues as you get older?

Well, as I said, my outlook on music changed when I heard the Blues for the first time. I felt a connection to the Blues that I never had with any other type of music. As I get older it does seem to get easier for me to express how I really feel about things.

I’d have to say that meeting Sonny Rhodes was very important for me. Sonny was the first actual Blues man that I met in my life. He became my mentor and gave me lots of encouragement and advice when I was starting out in my career as a Blues singer. Most of the members of his band later became members of my first band and that really encouraged me and gave me confidence.

Are there any memories from Sonny Rhodes, Hubert Sumlin, and Koko Taylor which you’d like to share with us?

I probably have the most memories from my time with Sonny Rhodes. When I first started singing, I was pretty nervous and pretty stiff on stage. I usually had my hands in my pockets and my eyes closed. Sonny would tease me and say, “Blacksmith! Get them hands out of your pockets,” and “Hey, open your eyes so you can see where the bottles and cans will be coming from.” He was teasing me but it was good advice too. Once I came into the club with a baseball hat on backwards. Sonny hollered, “Blacksmith, are we thinking backwards tonight? Turn that hat around!” I haven’t worn my hat backwards since. 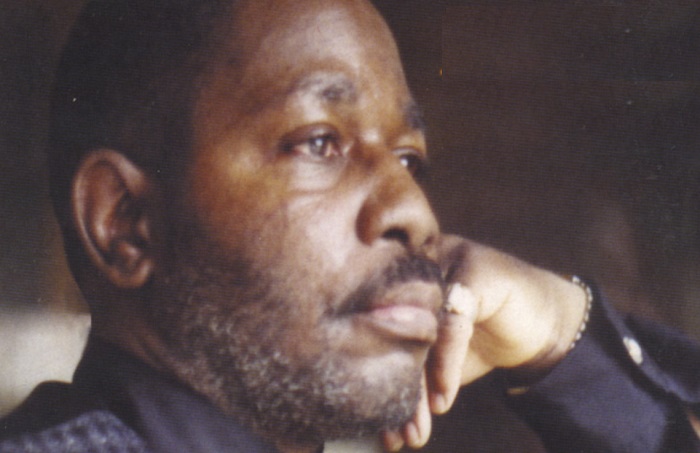 "When I write a new song, I don’t really control what it’s going to be in the end. It’s just what occurs to me naturally." (Photo from Georgie Bonds' debut album, "Sometimes I Wonder" 2001)

I don’t think I miss anything from the Blues of the past. There’s lots of good new stuff coming out all the time and you can still hear the good stuff from the past in today’s Blues music. I think as long as people listen and understand the meaning and truth of the Blues, the music will have a following that will continue to expand.

Mainly, I’d like to expose more and more people to the Blues and the power of the music. Most people like it when they hear it but often they don’t realize that they’re listening to the Blues.

Soul, Gospel and R&B music have the same sort of spiritual meaning and healing power as the Blues do.

The lyrics of Blues songs always touch me and often make me laugh. Not just because they might be funny but also because of the joy I feel when I sing the Blues. When I play with my band, we spend a lot of time laughing because we’re just enjoying it so much. 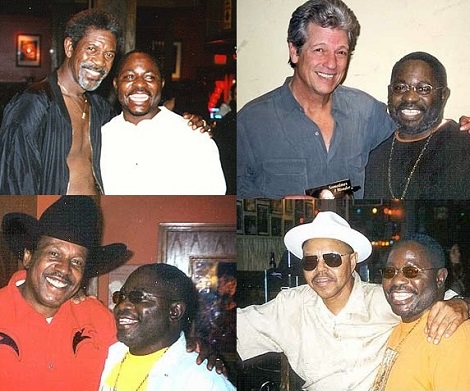 That’s easy. Blues music has a devoted following because it tells the truth.

I’d love to go back to Chicago in the 1950’s to meet and hear and maybe play with those guys who started the electric Blues, like Muddy Waters, Howlin’ Wolf, and Willie Dixon. That would be a great day.