"I think the feel of people has change because now it has become more materialistic. Back then it was more about the people."

Psychedelic Soul, sometimes called Black Rock, is a sub-genre of Soul music, which mixes the characteristics of Soul with Psychedelic Rock. It came to prominence in the late 1960s and continued into the 1970s, playing a major role in the development of Soul and Funk music. Over the past seven years, Monophonics have staked their claim as one of California’s premier bands. Raised amid the Bay Area’s rich musical culture, Monophonics has proudly carried on the tradition of music native to their hometown, which flourished during the birth of psychedelia. Monophonics were formed in 2005; originally a instrumental ensemble comprised of guitarist Ian McDonald, bassist Myles O’Mahony, saxophonist Alex Baky, trumpeter Ryan Scott, and drummer Austin Bohlman, the band has recently added the dynamic soul vocals of keyboardist Kelly Finnigan. The result is a psychedelic soul & heavy funk sound, which harks back to the stylings of the late 60’s and early 70’s, all while keeping its feet planted in the present. 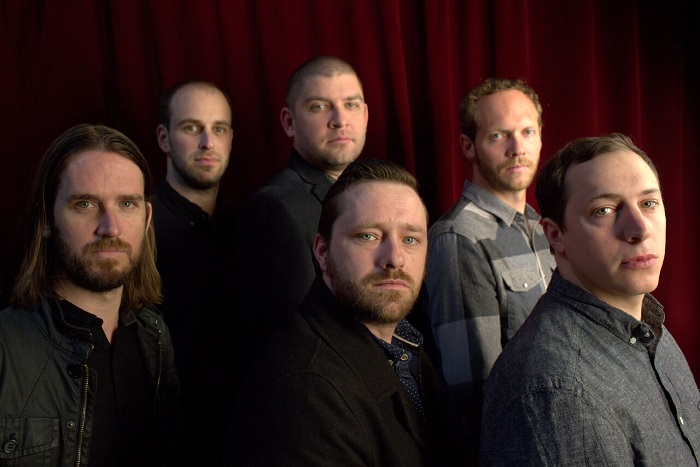 Monophonics are back with a six-song EP "MIRRORS" (Release Date: 2018-02-16) that fuses the complimentary and explosive soul, rock and funk influences, proving themselves to be the rightful inheritors of the Bay Area’s impressive psychedelic soul sound. The EP opens with a ‘tip of the cap’ to The Main Ingredient’s version of “Summer Breeze” before the band unfolds a hazy, mellow-funk opus worthy of inclusion on a Bob James CTI album. The next four songs, all featuring vocals, range from the lowrider soul ballad, a cover of the The Invicibles’ “My Heart Cries” with a pleading and plaintive vocal by Nicole Smith, to the psychedelic blues stomp, “Lying,” originally by the archetypical psychedelic soul band nearly signed to Motown, Black Merda. Add in Kelly’s monster vocal take on Frankie Valli and the Four Seasons Northern Soul classic, “Beggin”, and the deep-funk pop-soul of Nu People’s “I’d be Nowhere Without You”, have a highly-entertaining, toe-tapping, backbone-slipping, masterclass in deep funk and soul. The final tune is the band’s singular take on the Mamas and the Papas hippie standard, “California Dreaming,” as an explicit and heartfelt tribute to their fans in Greece. The discerning music lovers of Greece fell in love with Monophonics after their 2012 hit “Bang Bang” resulting in multiple tours of the Mediterranean, where these native Californians imbibed on the fine ouzo, good vibes, and Grecian hospitality. Gifted a prized bouzouki (a traditional Greek guitar) by a local fan, Monophonics’ guitarist Ian McDonald and band infused this classic pop song with a soulful cinematic air and Mediterranean flavor, evoking a tune from an imagined Fellini film with a soundtrack by David Axelrod. Ian McDonald talks about Hendrix, Ken Kesey, Syl Johnson and psychedelic soul. 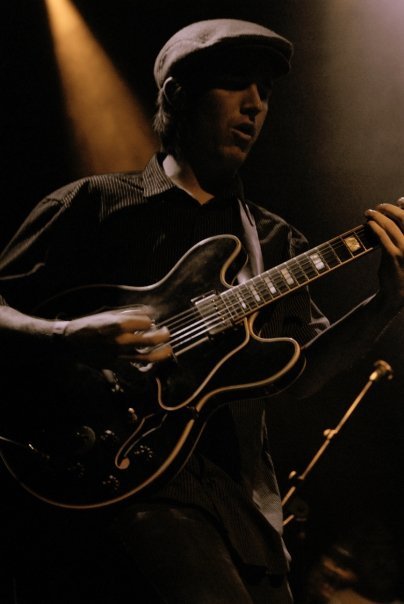 I first started playing piano when I was Five years old. I wanted to play the drums but my parents took me to a music school and they said that I should learn piano instead. My family has always been into music although neither of my parents really played an instrument. When I was ten years old I started playing guitar because I wanted to rock and not be confined behind a piano. Only later did I realize that the keyboards could consist of so many different sounds. When I was a teenager I really got interested in records and how they were made which sparked interest in production and record sounds for records.  I took classes and studied deeply into different sounds and techniques on how my favorite records were made. As far as the person I have learned the most secrets I would have to say about overall music would be my father. Not necessarily secrets but just extensive knowledge of a wide range of musical genres. In regards of production and engineering id have to say Sergio Rios of Orgone has been a constant inspiration and giver of knowledge and secrets in the studio.

My first huge concert I went to was Pink Floyd at Oakland Coloseum. Don’t think I can remember the first smaller gig I went to but it was probably someone local in the Bay Area. The first song I learned would have to be Hey Joe by Jimi Hendrix.

The beginning of Monophonics started with Austin our drummer, Ryan our trumpeter, with our old bassist and keyboardist Yuri and Colin in high school as the Monophonic Orchestra, named after a moog synthesizer which is monophonic (one note at a time.) We then morphed by adding myself and Alex, our sax player who went to college with me. We changed Bass players with the addition of Myles and our new keyboardist/singer Kelly.

The philosophy of Monophonics is simple: make great timeless records and play energetic rocking shows while bringing our own brand of Psychedelic Soul to the masses!! 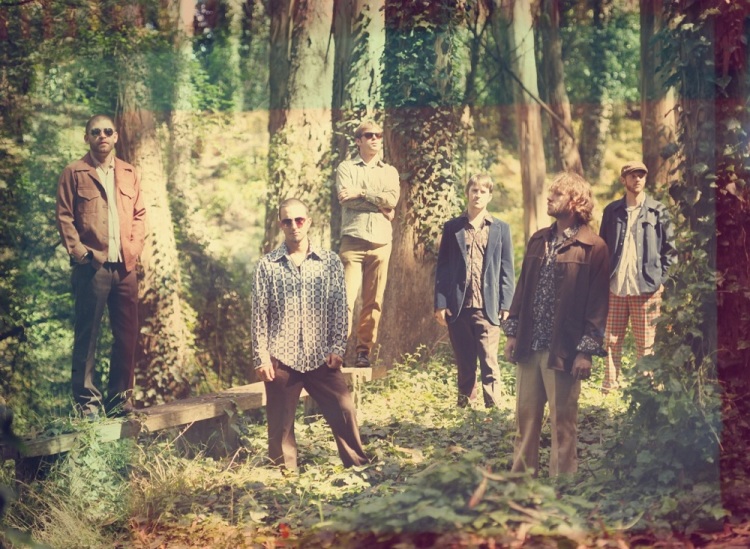 "We all love psychedelic rock. Especially being from San Francisco. All this music soul funk rock is all stemmed from the blues. I grew up on the blues and it is very close to my heart." (Photo by Abby Wilcox)

But there are definitely silly things that happen.

When we record we are usually pretty serious about the time and getting the right sounds. Where we recorded which was in a basement there were kids nearby and they come to the window. It’s funny at first. Then annoying.

We have been fortunate to play in front of thousands of people at big festivals. Portland blues festival. Telluride festival. Ottawa music fest. Just spreading our sound!

When we played with those people it has been at jazz fest in New Orleans which is always fun!!

I think one the best momentum was playing with one of our heroes Syl Johnson in Chicago. I can’t really say the worst since all of it is good! 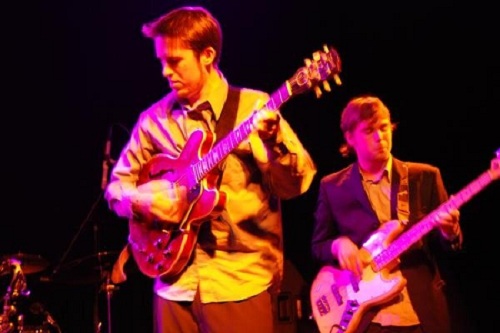 I think soul music will always be here because it is music for your soul and your heart. We all love this and it is music that will never go away. It is timeless.

How do you describe your sound?

I would describe the “Ian McDonald” as one part Jimi Hendrix, one part the blues kings (B.B., Albert, Freddie) one part Johnny Guitar Watson and (in no relation) Wah Wah Watson. Leo Nocentelli and Steve Cropper as well.

We all love psychedelic rock. Especially being from San Francisco. All this music soul funk rock is all stemmed from the blues. I grew up on the blues and it is very close to my heart.

Psychedelic soul is the mixture of soul music with elements of rock. Fuzz guitars, echo, and hard drums and bass are all elements. I live on Haight Street near Haight Ashbury and it is a huge part of San Francisco culture.

I think the feel of people has change because now it has become more materialistic. Back then it was more about the people.

I would love to meet Jimi Hendrix. Norman Whitfield, Sly Stone and all of the Beatles. Otis Redding. Man the list could go on and on.

Haha a day on Ken Kesey’s bus I would probably lose my mind. I would say thank you to Bill Graham for puttin all those shows together.

I would like to give Jimi Hendrix a hug and say thank you!!