"Blues music originated from natural sounds... trains, horses and such.  It is basic and real.  It is what much music is based on today."

Rob Zolezzi: Fire on the axe

At 6 years old Robby was having a picnic with his family at a park when he saw an old man playing an Accordion. He said to his Mother, “I want to do that!”.  She rented him an accordion and he began taking weekly lessons.  It wasn’t long before he was performing at Accordion Festivals and Italian Festivals.  At the age of eleven his friend taught him a few cords on his acoustic guitar. 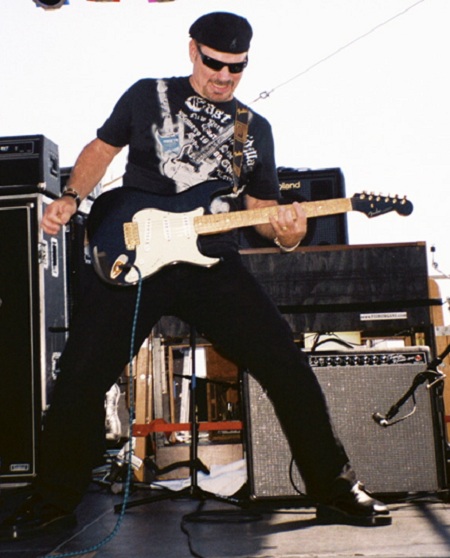 Robby was hooked.  All he wanted was a guitar and he begged his parents for one… and that Christmas he received his first guitar.  It was a bright and shiny red electric guitar from Sears.  He taught himself to play and within a year old he was in his first band – The Raiders.  By the time he turned fourteen his band was getting paid gigs at High School dances, Private Parties and Teen Dances throughout the SF Bay Area.  When he turned sixteen he began teaching guitar lessons in San Jose, CA at the “American Academy of Music” to over 30 weekly students.  Throughout High School and College he performed in Rock Bands, Blues Bands and Jazz Groups. Robby Z went on to get his BA degree in Music Theory from San Jose State University.

Over the years Robby Z has performed with hundreds of musicians and played countless gigs around the world.  Performing and recording with the likes of Brad Gillis, Chris Hicks (The Outlaws/Marshall Tucker Band), Tommy Thompson (Gregg Allman and Friends), Linda Davis, Sista Monica, Shane Dwight, Coco Montoya, etc.  In 2000 he started R-Tist Records (an independent Record Company) and R-Tist Management Group (a Entertainment Management Company).  He still performs around the world with various bands, but spends most of his time in the business end of music running R-Tist Records.

When I was 14 years old I played in a band in the San Francisco Bay Area called "The Better Half".  We performed at High School Dances, College Parties and various Teen Dances.  Our first paid gig was a "Battle of the Bands" at Willow Glen High School in front of 700 people. We won the competition and got an extra $25 on top of the $25 we were paid for competing.

How do you describe Robby Z’s music and progress?

I love music that is Rhythmic based.  I am less interested in Lyrics than I am in the music that supports the lyrics. 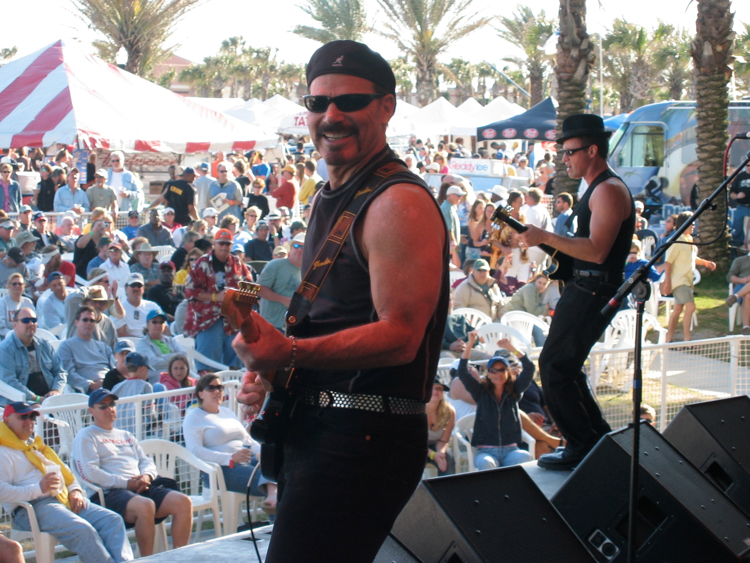 I'm not sure if there are any secrets, but I like what Albert King told my friend when he toured with Albert in the 70's.  Mr King said... "I'm going to tell you two things and two things only!"  1)  "This ain't no School"  and 2) "Never help the drummer"...  I'm not sure what this meant, but I have always cherished that story.

Best: First one that comes to mind is performing on the Main Stage of the Monterey Blues Festival for the first time some years ago.  Worst: I was playing keyboards in a Pop/Jazz band in the mid '70's and the band leader told me that I was fired basically because I was not good enough... 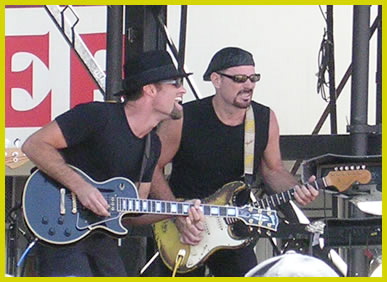 The past 12 years have been the most interesting from a musical standpoint because I began working with a young musician named Shane Dwight and over that time have performed over 600 shows with Shane as well as working as his record label and management company.  The reason it has been so interesting is because I am an Entrepreneur and I enjoy helping people grow.  Since the first time I meant Shane things have changed and grown in his career dramatically.

OMG... Dramatical changes.  When I graduated from SJSU with a degree in Music, we were recording records with 2 track "sound on sound" tape.  Computers were not invented yet.  There was no such thing as a synthesizer.  Basically it was "put a mic in the middle of the room and play".  Editing and mixing were almost non-existant.  If you made a mistake, you did another take.  I have a real appreciation for the bands that made records in the 60's. I know what they went through.  It was the real deal.

Be prepared to hear "NO" and "You're not good enough".  It is a tough business.  Being a good musician is only the beginning.  You have to work HARD and devote 100% of your energy to succeeding in the business.

I have worked with Shane on all 7 of his Records.  His songwriting is amazing... I believe the best in the business.  I have so many great memories with Shane it would be hard to list them all.  Sometimes just traveling and sharing hotel rooms brings back crazy memories.  We have always been friends above and beyond the business so we have been able to share a lot of our experiences with each other at a personal level.  When I first decided to work with Shane almost 13 years ago, we would get together and rehearse with the drummer and bass player, and Shane would play his guitar and sing like he was playing at a huge festival.  His stage persona is totally real.  It is the same way he performs alone at home... Totally intense, sweating like a pig and feeling the music deep in his soul.

You have met with many bluesmen. It must be hard, but which have been the biggest experiences for you? 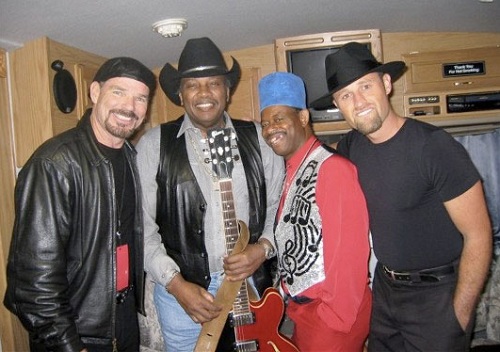 We played a Festival with Otis Rush one time and I got invited to visit with him in his Tour Bus before his show.  It was great to sit and talk to one of my favorite blues heros.  Then when he performed I sat on stage a few feet away and watched his show.  As he began playing songs of his that I learned to play years ago, I got tears in my eyes.  To see a legend standing near me singing and playing my favorite blues songs was overwhelming.  Also, three weeks ago I was performing on the Legendary Rhythm and Blues Cruise in the Caribbean and had the opportunity to have breakfast with Taj Majal.  The two us of sat there for 2 hours and talked about music.  It was so inspiring and moving to talk with Taj (whom I have admired since I was a young teen), that I will always remember that morning!

Tell me a few things about your meet with Chris Hicks, Tommy Thompson, Sista Monica, Coco Montoya, etc, which memory makes you smile?

I have performed on stage with all of these artists and several others.  It is always a thrill to perform with someone that you admire and respect.  I have had the opportunity of performing with the Marshall Tucker Band a few times and that is how I connected with Chris Hicks (Outlaws and MTB).  My best friend is Brad Gillis (NightRanger and Ozzy Osbourne) and over the years I have recorded and performed with Brad many times.  I have been fortunate enough to have worked with tons of amazing musicians. 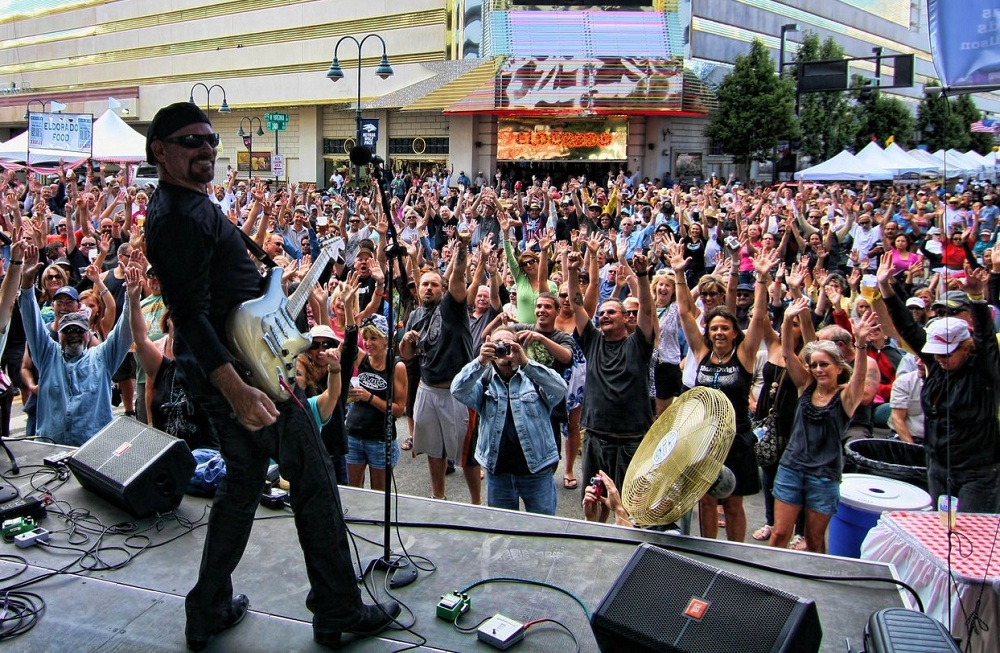 …and would you like to tell your best memory from recording time?

Working with Brad Gillis in the studio watching him lay down guitar tracks.  He is one of the best guitar players to ever live... and certainly one of the nicest.

Blues music originated from natural sounds... trains, horses and such.  It is basic and real.  It is what much music is based on today.  I think people will always be attracted to the raw feelings that the blues brings out in people.

How do you describe your contact to people when you are on?

When I am playing music "I am in the moment".  It is the time where my true happiness shines and people see the real me.

If I'm not playing music, I am playing sports! 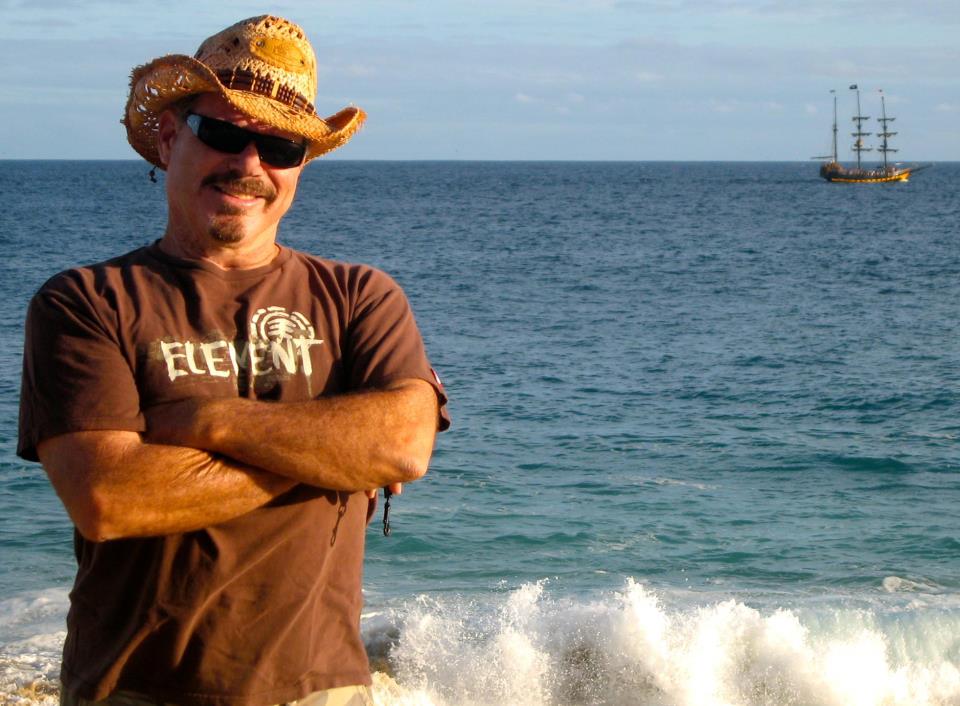