"If you’re following your heart in the music, you’ll always get what you want."

The Selwyn Birchwood Band has made a significant impact on fans throughout their home state of Florida at clubs and festivals alike as they have continuously wowed audiences with their high-energy performances rooted deeply in the traditions of the blues greats. They have garnered many accolades along the way which include making the “2012 International Blues Challenge Finals” in Memphis, placing them in the top 9. They have also consistently found themselves alongside the best in the business as they have opened for the likes of Buddy Guy, Robert Cray, John Lee Hooker Jr., and Joe Louis Walker, among many other international acts in recent years. 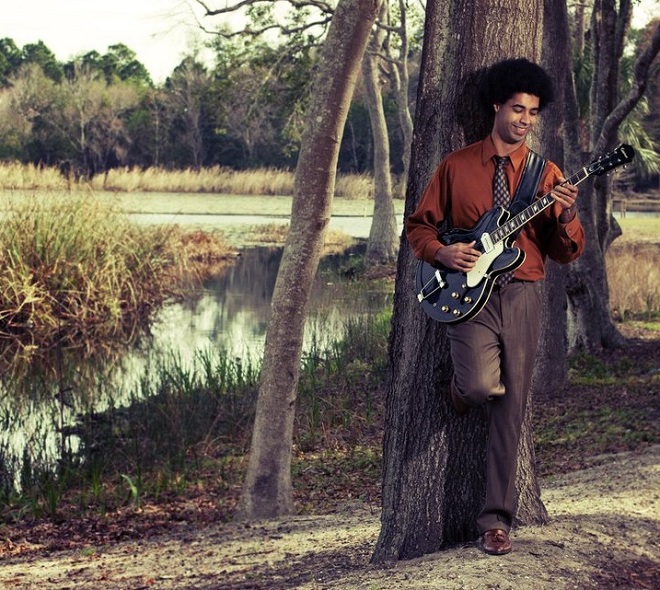 The band is comprised of very experienced musicians who are no strangers to the road. Selwyn Birchwood (guitar and vocals) got his start with Texas blues legend Sonny Rhodes touring throughout the U.S. and Canada at the age of 19. Curtis Nutall (drums) traveled internationally with many bands including The Blind Boys of Alabama and Joe Louis Walker. Bass player Huff Wright and Regi Oliver (saxophone) have found themselves backing several notable blues artists all over the world including Lucky Peterson and Joey Gilmore. Together they perform a hip shaking, roof rattling mix of blues that has won over countless fans. The band has been touring in support of their current CD “FL Boy” and is hard at work in the studio on their second release. One thing is for certain, the group’s unique brand of swampy FL Blues should not be missed! The band is currently in the studio finishing their second CD which is due for 2013.

The blues is a feeling that I get from no other music. It can make you feel good when you feel bad; it can make you happy when you’re sad. In my opinion, it’s just the emotion that is injected into the music. How do you describe Selwyn’s sound and progress, what characterize Selwyn Birchwood band’s philosophy?

Everyone on the band is definitely on the same page as just simply wanting to make MUSIC. Many people take the stance that this music is some kind of competition and individualistic. They want to show off and prove that they can play this or play that. Everyone in my band simply wants to play some good, deep, Blues. It’s not about showing off what we can play, but to try to move an audience by sharing our experiences and sound.

Sonny Rhodes. Sonny is an old blues man from Texas that took me under his wing and showed me the ropes. I was 19 when he took me on the road with him. He took me all over the United States and Canada and showed me what the music and the lifestyle was all about. It’s not until you are traveling 18-30 hours between each gig that you can truly understand how hard it is for traveling Blues players to sustain a living.

I don’t really have too much of a “best” moment. Anytime I can pick up my guitar and play for the people I’m happy. If I had to choose one, I would say it was the first show we opened for Buddy Guy. When I was 17 years old, I saw Buddy in concert for the first time and it was the moment I decided that I wanted to pursue this music. The intensity and feeling that he put out blew me away. So, it was special when I was able to kind of come full circle and play on the same stage as him. Don’t really have a “worst” moment (yet… smile). Any “worst” moments have had nothing to do with the music… I.E. a club trying to stiff you on your pay or something. 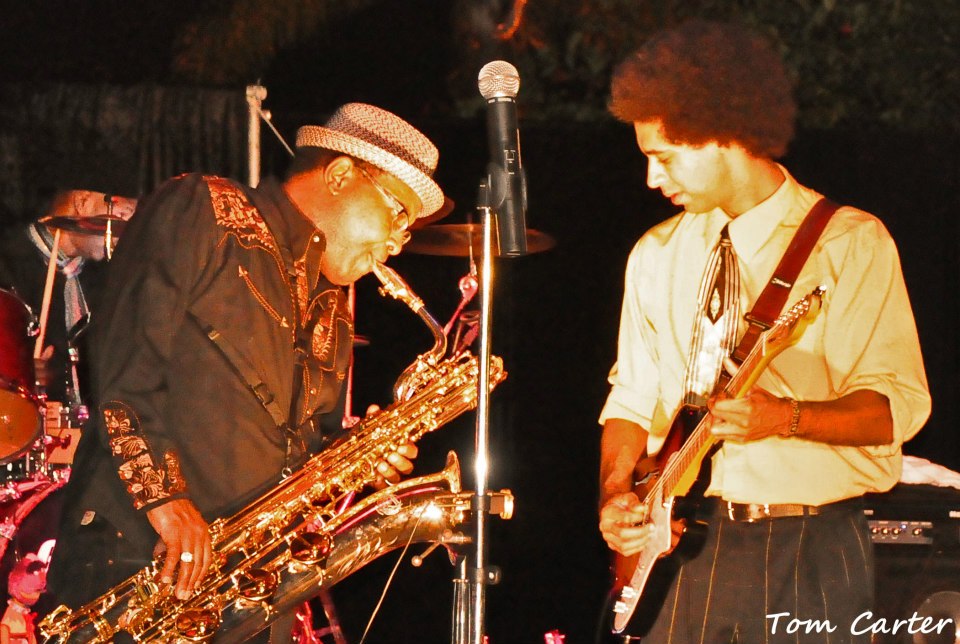 Follow your heart. If you get into it simply wanting to make a bunch of money or something else more shallow, you’ll end up disappointed because it might not happen. If you’re following your heart in the music, you’ll always get what you want.

I’ve been really blessed to be able to play with some of the people I have. I would have to say one of my favorite was playing with Joe Louis Walker. I used to buy DVDs of his shows and try to learn some of the guitar parts from them. It was kind of surreal to have him ask me on stage and play alongside him.  We’ve kept in touch since then.

Are there any memories from Buddy Guy, Robert Cray, and Joe Louis Walker, which you’d like to share with us?

The shows with those guys were real special. It’s a great feeling to be able to “work” alongside some of the guys you grew up admiring so much.

Tell me a few things about your meet with Sonny Rhodes, which memory from him makes you smile?

Just listening to him talk and tell stories. He’s been traveling and playing Blues for 50 years. It’s incredible to listen to him talk about the people he’s met and experiences he’s had in that time.

What's been their experience from “studies” with Sonny Rhodes? 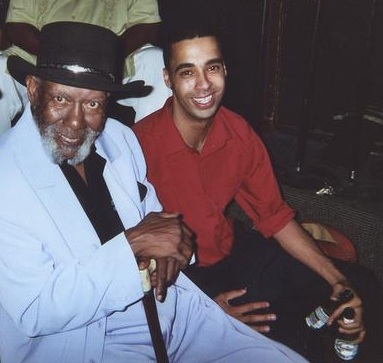 He really taught me how to run a band and what being a band leader is all about. No matter what went wrong on the road, he wouldn’t let us worry about it because he would take care of it. He wouldn’t hide anything from me, but teach me all he could. That has helped me a lot when running my own band.

“Play what’s in your heart.” Sonny Rhodes told me this and I believe that’s what makes this music special.

My one wish is that it is not lost. People like to take small elements of the music and play things that are “bluesy,” but what draws me to the music is the feeling and authenticity that the original guys (Muddy Waters, Lightnin’ Hopkin, John Lee Hooker, B.B. King etc.) played with. It seems like the music keeps getting watered down through the years so I hope that some of that authenticity survives.

I take compliments at face value and don’t think too deeply into them. I just appreciate when the music is received positively, however that may be. I want people to hear it and have a good time.

How was your recording time with the band, do you remember something fanny from studio?

Recording is great. We have a good time recording and just playing, period...  We all know how fortunate we are to do some of the things that we do and are happy when we get the chance to do it.

Make an account for current realities of the case of the blues in Florida. Which is the most interesting period in local blues scene? 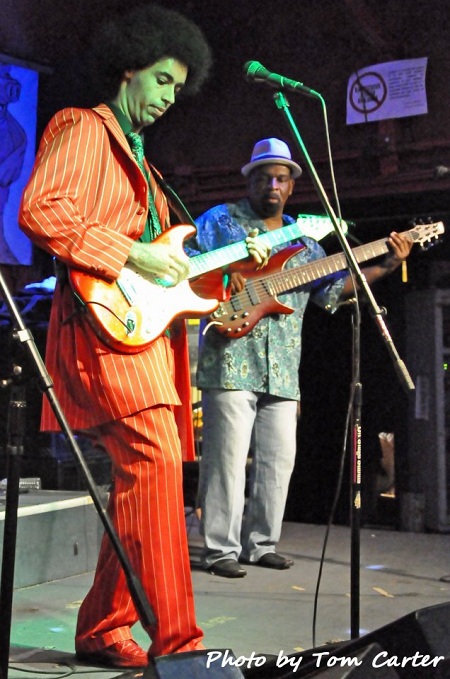 Florida has really begun to boom more and more with Blues in recent years. A lot more clubs and festivals are opening and more and more acts are discovering the opportunities to play down here.

How do you describe Florida Blues Scene?

There are a lot of really good bands over here. There are more and more festivals and clubs opening each year so you’re actually able to get quite a bit of work without leaving the state.

I would have to get back to you on that. That would take some thinking. Ha ha

In my free time, I like playing guitar or supporting some of the other blues shows. Ha ha...  When I’m not doing that, I like fishing, camping, going to the beach, or just RELAXING!