"Blues is about the feeling, struggle, happiness, sadness, and anything that happens to me it's the blues, it's my blues." 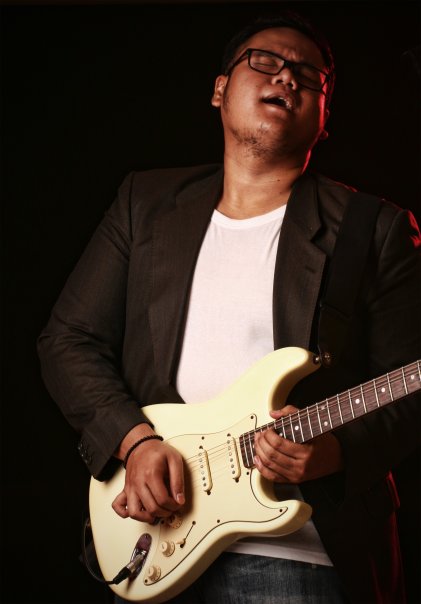 After graduated work in a company as IT consultant. The music and work can run together until 2010; the office work requires me to do lots of business trip around Indonesia. So he decided to quit from my band to pursue career as IT consultant. In 2012, after finishing his project in Singapore, getting back to Indonesia and his friend call him to rejoin his Blues Rock Band called Mahir & The Alligators. Since then he play with Mahir & the Alligators as additional member whenever he’s free from work. Rendi have lots of musical influences because listened to almost every genre. But if need to make a shortlist, it would be Blues, Jazz, Rock, and anything that grooves. For favorite guitarist, they will be Joe Satriani, Steve Vai, Jimi Hendrix, SRV, John Mayer, Tommy Emmanuel, BB King, Ritchie Kotzen, Django Reindhart, Joe Pass, George Benson, Prince, Tomo Fujita, Malmsteen, Guthrie Govan, Andy Timmons, Lee Ritenour, and Robben Ford. He loves the music of Hans Zimmer, Tony McAlpine, Hiromi Uehara, Diana Krall, Melvin Lee Davis, Anthony Jackson, George Duke, Stevie Wonder, Victor Wooten, Stu Hamm, Carter Beauford, Vinnie Colaiuta and David Foster.

How do you describe Rendi Sabian sound and what characterize your music philosophy?

Basically I enjoy almost any kind of music, which influencing my musical character. From traditional, Ragtime, Blues, Jazz, Gypsy, Country, Rock, Metal, and even Electro. As long it's bold and got lots of groove. But if I need to describe one character that represent Rendi Sabian, it's obviously vintage modern.

The most important meeting is, every time I met my guitar teacher, Mr. Agam Hamzah. He also taught me to concentrate more on the rhythm and groove. Because like he said, if you don't have rhythm and groove then your solo/melody would became plain flat like life without love.

In 2009, when I was playing with my band named "Eightsoul", we're performing at one of the best jazz festival in Jakarta. We re arrange one of the most popular Indonesian pop song at that time to swing/soul. And the audience reaction was really great, and because of that song we got lots of gig. 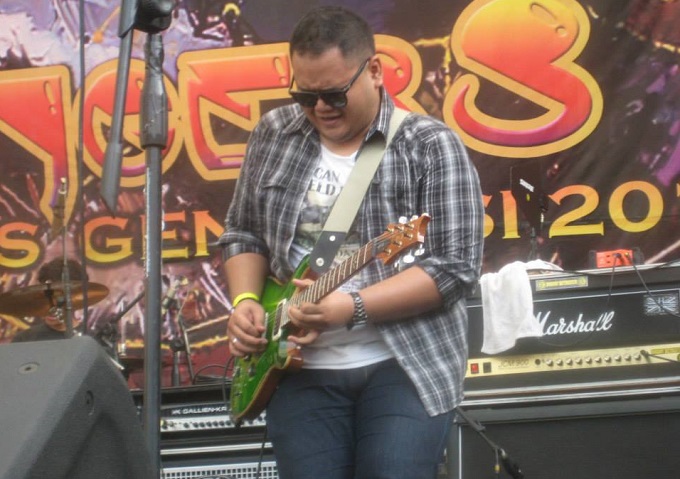 "I enjoy almost any kind of music, which influencing my musical character. From traditional, Ragtime, Blues, Jazz, Gypsy, Country, Rock, Metal, and even Electro. As long it's bold and got lots of groove." (Photo by Riyo Dwisakti Bagaskoro)

What do I miss from music of the past is the attitude; music in the old days is everlasting, powerful lyrics. I also love modern pop music; they have very creative ways to make music nowadays. My biggest fear is not about the future music, but more about the lyrics in the future, because I’m against "too much dirty words in a song type". It's very disturbing to hear that kind of lyric played loud in the record store or in the mall or another public places. And it will be a very bad influence for young generation. My biggest hope for the music in the future that will be more variety of music, in good quality wise.

If I’ve given the power to do that, obviously I will erase the gangsta rap/thug rap genre from musical scene. For me it's no more that people talking about sex, ass, gold, brutality, crime, with (maybe) a thing they called as a music in the background.

Blues is about the feeling, struggle, happiness, sadness, and anything that happens to me it's the blues, it's my blues.

Why did you think that the Blues Rock music continues to generate such a devoted following in Indonesia? 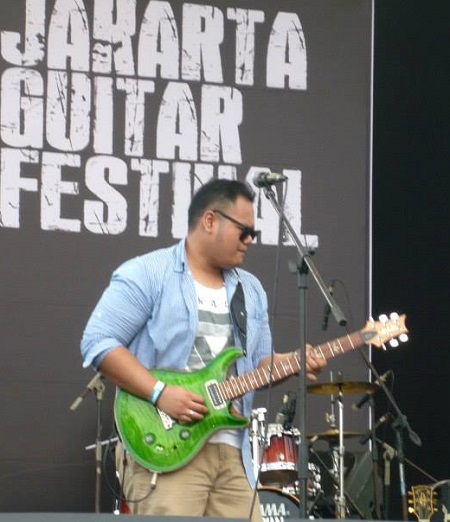 Because it's great..!! Simple as that.

"My biggest hope for the music in the future that will be more variety of music, in good quality wise." (Photo by Muthia Gumilang)

Make an account of the case of the blues rock in Indonesia. Which is the most interesting period in local scene?

I think the present times is the best era, because people are started to listen and give more appreciation  to indie music scenes, people started to join indie community such as blues community, which is now is very happening right now in Jakarta, Indonesia.

What are the lines that connect the legacy of Blues Rock from United States and UK to Indonesia?

When I watched my friend plays ragtime on a resonator couple of weeks ago, it bring me tears, I don’t know the reason why, but it just did.

Yes, blues with traditional Sundanese. They're likely having the same root. It's been studied by one of Indonesia legendary musician, the late Harry Roesly (1951 - 2004).

Obviously a trip to the day before Hendrix died and SRV got the accident, so they will live longer and making more of great music and maybe I can watch their performances live in the present days. 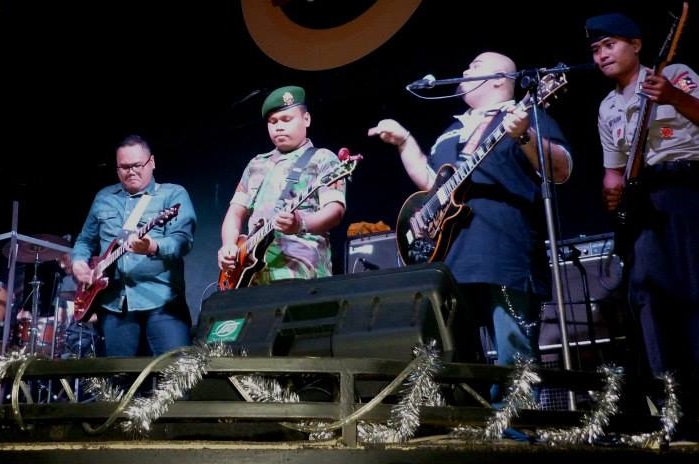