(Interview) "Chuck Leavell: The Tree Man" provides an in-depth look into Leavell's life both on and off the stage

"There is a wonderful quote from the great writer and poet, Ralph Waldo Emmerson, who said “In the woods we return to reason and faith”. For me there are no more truer words. Being in nature as much as I am provides a balance in my life."

Chuck Leavell, whose piano and keyboard work has been heard most prominently on the works of the Rolling Stones, Eric Clapton, the Allman Brothers Band, George Harrison, John Mayer, and others, is the subject of a new documentary, Chuck Leavell: The Tree Man. The classic rock musician is often referred to as the “fifth Rolling Stone,” for his longtime association in the studio and on stage with the band. Directed by Allen Farst, Chuck Leavell: The Tree Man provides an in-depth look into Leavell's life both on and off the stage. Leavell has played and toured with the Stones since 1982, and his status as rock royalty may be equaled only by his stature within the world of environmental forestry, where he previously has been named the National Tree Farmer of the Year in the U.S. As Leavell says, “if you cut a tree down, plant two for the next guy.” The film features interviews with more than 80 fellow musicians including the Rolling Stones’ Mick Jagger, Keith Richards, Charlie Watts and Ronnie Wood; former President Jimmy Carter, Eric Clapton, David Gilmour, Dickey Betts, Warren Haynes, Bruce Hornsby, Bonnie Raitt, Julian Lennon, Charlie Daniels, and John Mayer, among others. 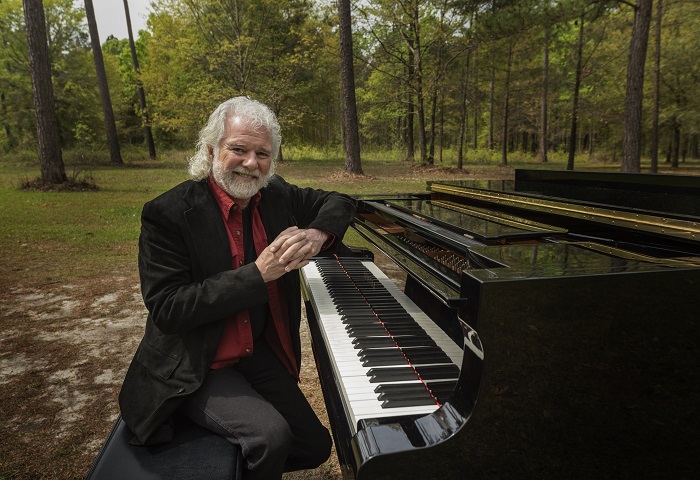 The documentary captivated crowds last year at both the Macon Film Festival and Sedona International Film Festival, the latter of which recognized the film as the 2020 People’s Choice Award. “Allen and I have been working on this for over three years now and I have to tip my hat to him. He's done a masterful job," said Chuck Leavell. “Chuck's story is more than music. It's about life, love and the precious world we live in. The story is like a circle, the top 180 is his career in music. The bottom 180 is a mix of a love story and his lifelong work in forestry. You will laugh and cry at all of the right moments,” said Director, Allen Farst. Also a respected author, he has penned three books. His book on forestry called Forever Green: The History and Hope of the American Forest, is now in its second printing in the U.S. with translated releases in Germany and Austria. His recent children’s book, The Tree Farmer, has garnered several awards including special recognitions from the National Arbor Day Foundation and the American Farm Bureau Federation and is in it’s third printing. His autobiography, Between Rock and a Home Place chronicles his career in music and also explains how he came to be so passionate on environmental issues.

First, I would say that music being the Universal Language, it has been a unifying experience for me throughout my career. Being able to travel to many places all over the world and meeting people in those places and being able to have the experience of playing for them with several different artists and bands has taught me that while we may have differences in our cultures and other aspects of our lives, we have much more in common than we have not in common. Also…with technology and travel (except for Covid Era) being made easy in my lifetime, the world has become much smaller for me. Also, with my involvement in forestry and the environment, I’ve been able to make many friends all over the world that have like-minded feelings about these things, and have been able to communicate my thoughts to folks here in the US and all over the world through various media, including my four books.

How started the thought of "Chuck Leavell: The Tree Man"? What was the hardest part of making this documentary?

My motivation was quite simple…I wanted a document mainly for my grandchildren and future generations of my family. Not just to highlight my career in music and environmental affairs, but to understand my relationship with my wife, Rose Lane, and also to give a picture of the era that I’ve lived in… through the 60’s/70’s/80’s/90/s and up to the present time in the 2000’s.

Which interviews have been the most important experiences? Are there any memories which you’d like to share with us? 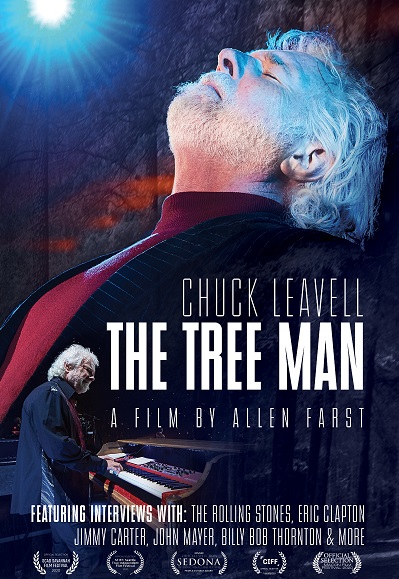 I was blessed to get so many artists that I’ve worked with to do interviews for the documentary…. from all the Stones, to Clapton, Gilmour, John Mayer, Eric Church, Chris Robinson of The Black Crowes, John Popper from Blues Traveler and so many more. They are all equally important to me. I only wish we could have gotten my old friends Gregg Allman and Mac Rebennack (Dr. John) before they passed away. But I am totally happy and grateful to those that participated…all very good friends as well as fellow musicians. The interviews with others outside of music are also equally important to me…my friend and partner in The Mother Nature Network, Joel Babbit; my friend Bob Izlar, who is a Professor of Forestry at the University of Georgia and others…and of course, my own family members…Rose Lane and daughters Amy and Ashley.

What do you love most worked with your old rare family videos and photos in documentary?

Well, any of the historic photos and videos in my documentary were done by other family members…my dad, my brother and of course compiled and put together by my documentarian, Allen Farst, who also shot all the interviews and other video for the project…and did all the editing. Allen did an amazing job of putting it all together to make a coherent story.

How do you want "The Tree Man" to affect people? What do you hope people to take away from your documentary?

That life is precious and that every moment counts. Be good to others and treat people with respect and dignity and for the most part they will return the favor. And that family is most important, so do your best to keep your family together and happy. And hey…have fun!!

How does music affect your mood and inspiration? What is the impact of music on the socio-cultural implications?

As I stated earlier, music is a unifying thing. I grew up in Alabama, during the Segregation Era…and to a large degree, music helped to overcome those challenges and divisions. When you think about the marches with folks singing “We Shall Overcome”….and think about Dylan’s “Blowin’ In The Wind” and other songs and artists that helped to heal wounds and move forward in a positive way, you realize the impact music can have. In the past year, we’ve seen music help people get through this Covid crisis. And music has always helped in other eras…through wars, through sicknesses, through times of division and in so many other challenges. Can anyone imagine a world without music?                         (Photo: Chuck Leavell, Rose Lane Leavell & Dr. John) 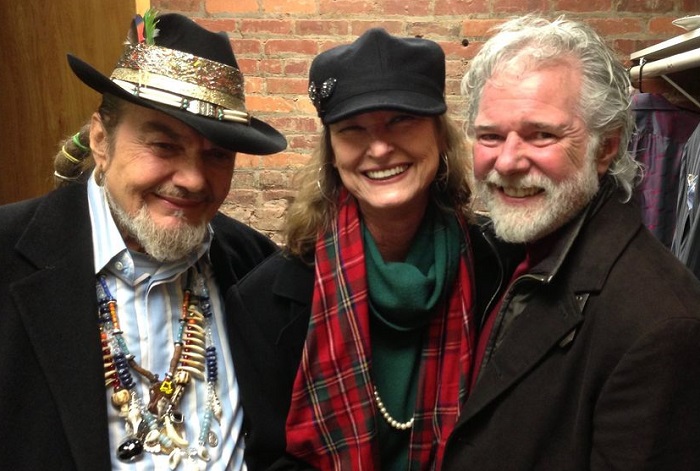 "My motivation was quite simple… I wanted a document mainly for my grandchildren and future generations of my family. Not just to highlight my career in music and environmental affairs, but to understand my relationship with my wife, Rose Lane, and also to give a picture of the era that I’ve lived in… through the 60’s/70’s/80’s/90/s and up to the present time in the 2000’s."

What has made you laugh and what touched you from your life's experiences in the music?

All the folks that I’ve had the privilege of working with through over 5 decades have made me laugh, cry, think deeply, made me appreciate life and helped me get through tough times. There have been so many stories…so many wonderful times…and yes, some tough and challenging times. For me, I’ve depended on my family and friends to live life fully and to try and be a good friend to others. My mother and father were great role models to me for those issues. There are way too many stories to properly respond…but just know that they all have been a part of the puzzle that makes me who I am…and I am grateful for all of those thousands and thousands of experiences.

I’m very happy, pleased and honored to have made music with the artists and bands I’ve worked with in the past…but I try not to dwell on it too much. I believe in living in the present and enjoying every moment. I do think some about the future, but try not to dwell on that too much, either. Every moment of every day has my focus.

What are some of the most important lessons you have learned from your experience in the music and life?

My dad used to say things like “you make your own luck”, meaning that if you work hard and give yourself to the work you do…and if you treat people with respect and dignity, you will have a good chance at success. He had many other sayings, one of which was “there is an art to everything”…and I believe that. If you love what you do, are passionate about it and want to learn as much as you can…no matter if you are a doctor, a professor, a chauffeur, a heavy equipment operator, whatever your calling is…if you give it your all, you will find the art of it. 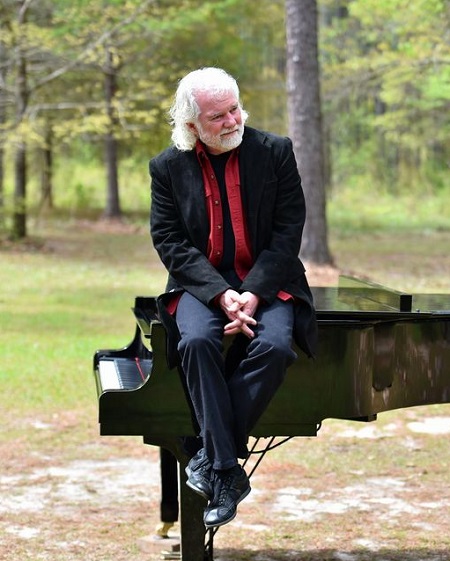 There is a wonderful quote from the great writer and poet, Ralph Waldo Emmerson, who said “In the woods we return to reason and faith”. For me there are no more truer words. Being in nature as much as I am provides a balance in my life. When I get off a tour…traveling to wonderful places with so much energy and electric apnosphere, so many crowded places, the sounds of big cities and so forth…and come home to walk amongst the trees in the forest and hear the sound of the wind in the pines, the sound and feel of the crunch of leaves under my feet, to breathe the fresh air, experience the scents of the flora and just soak up nature…that is a blessing beyond words for me.

You know…I prefer not to look back, but to look forward. I feel I have a lot more life to live! But I am grateful for all that I’ve had the chance to experience up to this point.