Q&A with based-New Jersey musician Trevor B. Power - striving to be a voice of the American narrative

"I think It's the other way around. I write as to what is going on. I don't think music performs to the times. Then the impact is made. Hopefully joyously, or deeply with good intention. Non-Violent, but with passion."

Trevor B. Power: The Real & The Truth

Trevor B. Power’s love of music flows from his very roots. Many childhood days and nights were spent in the company of the old turntable in his parents’ New Jersey home. From dramatically composed opera to smooth winding blues, the records he loved created a soundtrack to his childhood that would later influence a diversely conversant musical style. It didn’t take long for Trevor to combine his love of music with his natural performing ability. Through this ambition and effort, Trevor spent two and a half decades dedicating himself to his passion. Throughout the US, Trevor could be found influencing the music scene performing solo and in bands. It was a natural move to take his passion to the airwaves as Trevor accepted a reputable position at the radio station WNTI. This was an outstanding period of exposure and growth, offering great access to many volumes of recorded music.                      (Trevor B. Power / Photos Jay Petsko) 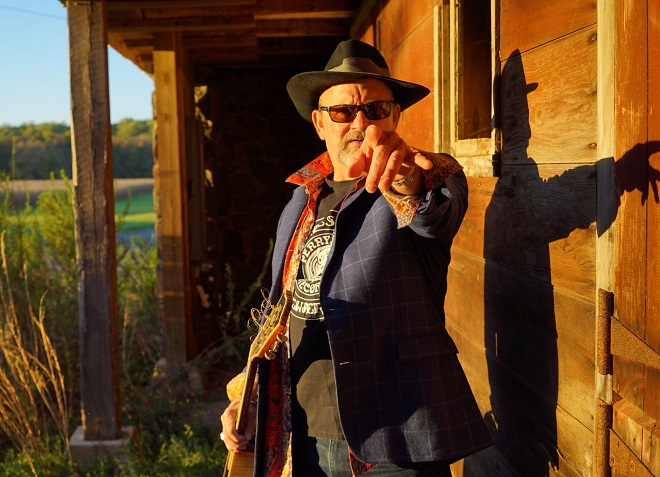 His love for the blues grew much stronger. During this time, Trevor befriended American singer, songwriter, and musician Bobby Whitlock and his wife CoCo Carmel. Bobby Whitlock, best known as a member of “Derek and the Dominos”, and CoCo were influential in inspiring Trevor to write and record more music of his own. In 2019, Trevor released his debut album “Everyday Angel” recorded at Sonic Boom Studios with Anthony Krizan (Spin Doctors, Lenny Kravitz, and Noel Redding). A compilation of original blues, soul, and rock ‘n’ roll tunes, the album guests include Bobby Whitlock, CoCo Carmel, John Ginty, and Anthony Krizan. Next year, Trevor returned to Sonic Boom Studios to record is sophomore album. First single, ‘Pandemic 2020,’ composed during COVID-19 lockdown, is a catchy tune with surprising depth. Acknowledging the pandemic and devastating pain of loss, the latest album “What Is Real” (2021) highlights the truth of the indomitable spirit of the American People.

How has the Blues and Roots counterculture influenced your views of the world and the journeys you’ve taken?

I don't see blues & roots as counterculture, it is my culture. But it isn't the mainstream either. I never liked being like everybody else, but I live in the world so you just kind of fall into place by default.

How do you describe your songbook, music philosophy and sound? Where does your creative drive come from?

Sort of biographical, but the names and places are changed to protect the guilty, lol. Make sure you can hear and understand the lyric. Plug in and play. I don't use a lot of and pedals, and stuff for my sound. But recordings may be a bit different though.

How you have grown as an artist since you first started and what has remained the same about your music-making process?

I spend more time playing than ever before. I've become a better guitar player. I either noodle about til I get a rif, and write the lyric, or visa versa.

The Birth of my Daughter. "Everyday Angel" CD release party at "The Stanhope House" was Packed! 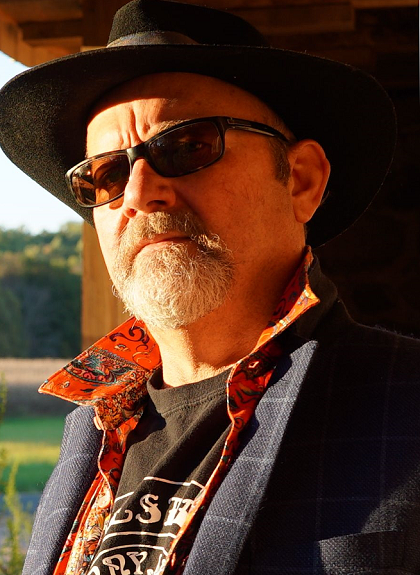 The instrumentation. More musicianship, or musical bands. All machine music, no artist skill. In order to paint a picture, you need a paint brush and paint.

"I don't see blues & roots as counterculture, it is my culture. But it isn't the mainstream either. I never liked being like everybody else, but I live in the world so you just kind of fall into place by default." (Trevor B. Power / Photos Jay Petsko)

What would you say characterizes New Jersey's blues scene in comparison to other local US scenes and circuits?

Huge and Highly competitive. You got to know what you are doin, or at least have the guts to get up there and play.

What are some of the most important lessons you have learned from your paths in the music paths?

Stick to what I know, and believe in myself. Watch, Listen, Learn.

I think It's the other way around. I write as to what is going on. I don't think music performs to the times. Then the impact is made. Hopefully joyously, or deeply with good intention. Non-Violent, but with passion.