"In most of the new blues productions I miss the soul, the story and the fun."

Norbert Schneider was born in Vienna and grew up in Prottes in Lower Austria. Spurred on by the music in the Schneider family household, he first studied classical violin as a child. His fascination with the raw energy of blues caused him to reach for the guitar at the age of 15. By intensively listening to the music of this genre, he taught himself the songs of his musical role models. In addition to playing music, he also discovered his second passion during this time period: composing. 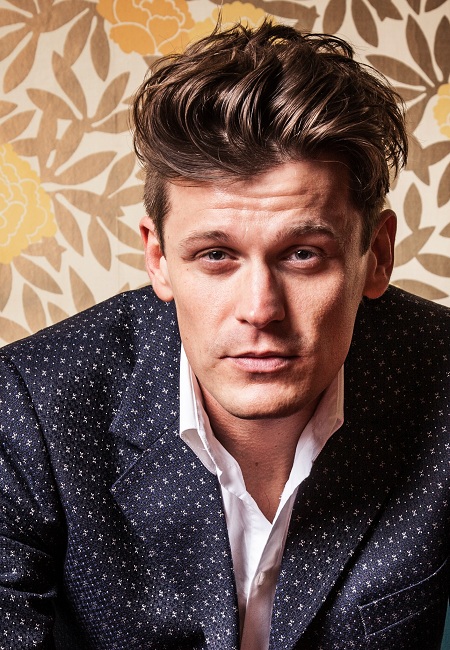 "Writing my own songs and self-expression are the real reasons why I never stopped playing music after my classical period." With his voice, which has a range of three octaves, and his semi-acoustic Gibson guitar, he bridged the gap between different musical styles such as blues, soul and pop. It’s no wonder that his audience feels like they’re sitting in Bourbon Street in New Orleans during his concerts. Norbert‘s complexity and creativity are also reflected in his numerous musical projects: the Swiss swing and R&B band Blue Flagship, The Voodoo Surfers and Vienna City Blues Band are amongst the musical excursions he has taken. With the latter, Norbert was already accompanying international blues, R&B and gospel giants such as Big Jay McNeely, Louisiana Red, Aaron Burton, Sister Shirley Sydnor and Paul Orta at the age of 19. Between 2003 and 2010, Norbert shared the stage with R&B Caravan and, with his impressive stage presence, presented rhythm & blues classics as well as his remarkable original compositions. In March 2009, Norbert Schneider was honored with the 1st Vienna Blues Award.

Norbert Schneider played support for international stars such as P!NK, One Republic and Simply Red in 2010. During his concerts at the big Austrian festivals such as Donauinselfest and the Frequency Festival, he thrilled the audience with his 5-piece band and presented his album “Tailormade”, which was released in October 2010. The “Austrian Newcomer Award 2011” was the logical consequence of the successful and turbulent year 2010. Norbert Schneider released his new album “Schau Ma Mal” on 2013.

The Blues is the foundation of my funky little house. I started out as a teenager and was lucky to be performing with great American bluesmen and storytellers. By now, I´ve been doing it for 16 years and it comes so natural for me. If somebody were to suck all the blues out of my system, I probably wouldn’t´ have anything left to say. My musical style is heavily built around the blues.

I don´t believe that certain experiences in life make you a better songwriter or performer. You may use or reflect those experiences in certain songs, but don´t waste time trying to live a blues lifestyle or so.

If you have the talent – go for it and try getting better. 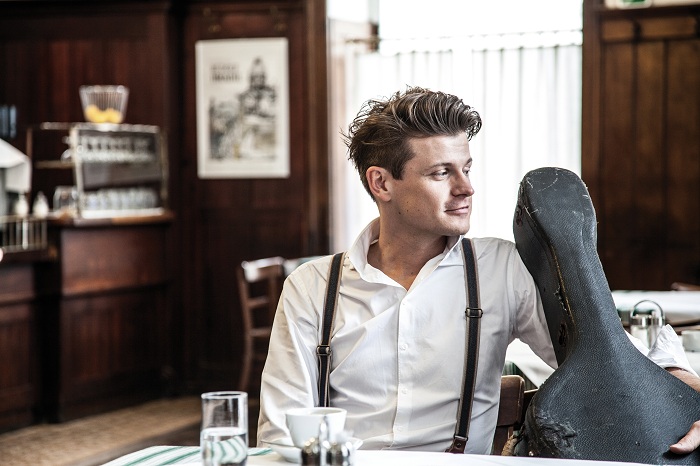 "The Blues is the foundation of my funky little house. I started out as a teenager and was lucky to be performing with great American bluesmen and storytellers."

How do you describe Norbert Schneider’s sound and progress, what characterizes your musical philosophy?

I blend traditional styles of blues, jazz and everything in between with my own personality. My thoughts, my visions, my problems and, last but not least, my sense of humor.

Recently I had a fine session in Basel with Joel Paterson and the Mighty Blue Kings from Chicago. I also had some great moments with Red Holloway, Robert Kyle, Louisiana Red and Mick Taylor. A very big gig for me was opening for B. B. King in Vienna.

Which encounters have been the most important for you? What was the best advice ever given to you?

Meeting Big Jay McNeely was very important to me. I was about 18 and my band backed him up for a tour in Germany and Austria. He always wanted to do jazzy tunes like, for example, Summertime and I’d tell him I wasn’t able to play stuff like that. He didn´t care about that and just counted of the songs on the bandstand. It was a horrible situation at the time. I was so stressed out, I even had some sort of allergic shock because of it.. My fingers swell up, like the hulk guy’s. Although it was hard at the time, I now think it was a good lesson for me. Ever since, I make sure I know the songs the guy in front wants to play, and if I don´t – I fake it as good as I canJ

Very important musical friends are Dani Gugolz and Prof. David Ruosch from Zürich. They really turned me on to Jazz music. For a couple of years I played with The Blue Flagships from Zürich, the band’s advertisement read: “The bluesiest swingband or the swingiest bluesband in Europe.” Both gentlemen were in this band. Dave is a monster piano player and Dani is one of the best upright bass players in that genre, a record collector and music enthusiast. He gave me hundreds of blues, swing, doo-wop and soul-jazz albums. 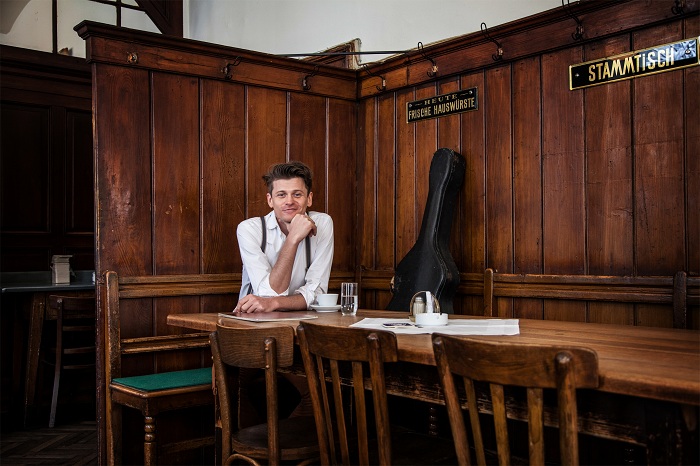 "I blend traditional styles of blues, jazz and everything in between with my own personality. My thoughts, my visions, my problems and, last but not least, my sense of humor."

I only recorded in a regular studio once and don´t go for it so much. Since I started out I was always interested in recording my own stuff. As a child I had two cassette players, recording one guitar, then played it back with the other device and recorded it again. From then on I almost recorded everything by myself. At a certain point I switched to the computer. It´s really no big deal to set the microphones and hit the keyboard’s space bar. I don´t have any idea of the technical side, I just rely on my ears.

I cannot mix and master, that´s a whole different story.

What do you miss most nowadays from the blues of the past? What are your hopes and fears for the future of it?

In most of the new blues productions I miss the soul, the story and the fun. A lot of those things seem so loveless to me.

As a middle class white boy from Vienna, trying to play the dirtiest blues, I had the problem that I was just quoting all the time. The first 10 years of my career I was mainly into “sounding like the originals”, which was and still is very important to me. Then I switched to my native language, which was a big step for me., and realized that there´s a whole new dimension to my songs and music. I can write and sing like Norbert Schneider, not a European guy trying to sound like the badest ‘#%! from Chicago, which is fun too, but not substantial enough to build a whole career around.

I think that´s the future of the blues. Take the stuff you like, learn from the masters and then personalize it. Put your own story into it, sing about your thoughts. Everybody has his own story… I´m from Austria… so the culture and traditions of my country and people should also have the chance to resonate in my music.

This is what I like so much about the old masters. They were unique. Professor Longhair and Little Walter sounded completely different. The spectrum of the “blues sound” nowadays often seems so limited. "We all know the history, where this music comes from and how that “blues sound” took over. From jazz to soul, pop to hip hop- the blues is everywhere, and I like it like that."

Make an account of the case of the blues in Austria/Germany. What has made you laugh lately and what touched you (emotionally) from the local blues circuits?

I was lucky, when I first started out, that the blues scene in Vienna was inspiring and cooking. The great players, who are still around, were 15 years younger then and had the fire going on, willing to learn, communicate and challenge one another. There were jam-sessions every Monday and Wednesday. The top players showed up and I was able to listen and learn from the good cats, first row. Back then it was more like a community.

Now everybody´s doing his own thing, I just have a couple of good friends from the blues scene who I really love to hang with.

What are the lines that connect the legacy of Blues with R&B and continue to Swing and Surf & Reggae music?

We all know the history, where this music comes from and how that “blues sound” took over. From jazz to soul, pop to hip hop- the blues is everywhere, and I like it like that.

I really would love to see Charlie Christian perform. Imagine Minton´s Playhouse… Dizzy Gillespie, Monk and a burning Christian jamming all night long. To see and hear those gentlemen while they were creating that music must have been unreal. 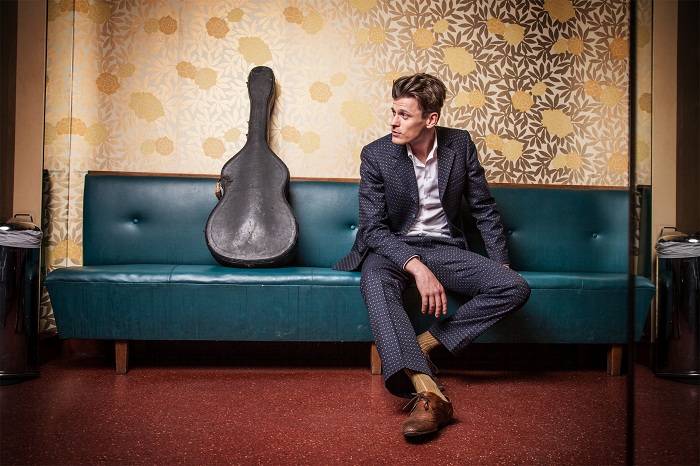