"Music can make people become closer even if they are totally different it breaks all the barriers."

Sarah Carlier is above all a voice: warm and captivating, full of light. Not forgetting her smile, with her disconcerting simplicity. Sarah Carlier has been composing and writing since she was 16, inspired by Nina Simone, Jimi Hendrix, John Mayer, Richie Havens, etc. Revealed on the Internet by Akamusic, she composed her first album “For Those Who Believe” in 2011, first appeared on stage and performed several first parts for prestigious acts such as Yael Naim, Emeli Sandé, James Morrison and Amadou & Mariam. The highlights of the first album “Backstage” and “Tenderness” received wide radio acclaim. Moreover, Tenderness won the “Belgian Tube of the Year” award in 2012. In March 2013, Sarah was in concert at “Studio1”, the prestigious Flagey Concert Hall, where she performed acoustic versions of her first album, as well as several cover versions shared with various artists, including a string quartet.                 (Sarah Carlier, Photo © by Manon De Clercq) A live album was recorded. At the end of 2013, Sarah Carlier began composing her second album “SMS” and began the first recordings. She chose the studio SynSound not only for its technical qualities (analogue recording) but also for the human qualities of Dan Lacksman, its director.bThe album is based around a new team. Kalema (her father), artistic director of the album and musician, Boris Tchango (Drums), Thierry Rombaux (Bass), Laurent Stelleman (Guitar), Filippo Zola (Accordion), Koffi Sandjo (Keyboard) and Gregory Houben (Brass). In following and supervising each stage of the creation of the album, Sarah is finding her place and asserting her style. Folk, pop, soul, etc. with an opening on world music. Emotion, elegance and simplicity will be her watchwords!

How do you describe Sarah Carlier sound and songbook? What characterize your music philosophy?

I’d describe my music as a mix between several genres…From the creation process to the diffusion, the philosophy is to meet and share.  Meet a new musician or discover a new country or culture is always a source of inspiration I try to print it in my music. So my song book is really varied.

I miss freedom. I may be wrong but I think that in the past, artists had more freedom to follow their inspirations and create their own music without or with very less pressure than nowadays. Today the music is really a complete and complex business in which it becomes harder and harder for emerging artists to create music without thinking about rent ability, and it has unfortunately repercussions on the music creation process. So my fear is that little by little the audience lose their curiosity for music who don’t sounds like what they’re use to hear on radio, TV or in any other mass media.

Free music everywhere! If music were free we would all go back to the essential, I mean artists and music lovers would… Play and listen for love and share only, and it would also break this “star system” which feeds uniformisation of music. 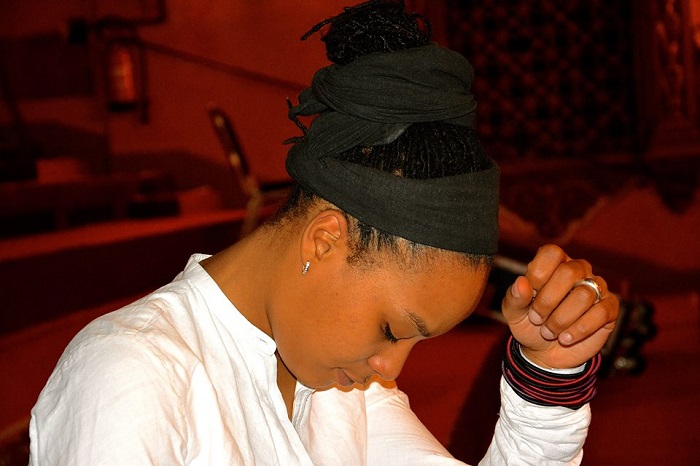 "Some concerts are really a miniature world, I mean you can see all the colors, generations, cultures and the most beautiful is when they meet each other and create a link they keep alive with the social medias …" (Photo © by Manon De Clercq)

What are the lines that connect the legacy of Blues with Soul, Folk, and continue to Afro, R&B and Gospel music?

Spirituality. I think all genres of music from all over the world are based on a spiritual research and expression. It’s expressed on very different ways according to the place you’re from or you’re living in, or overall the age in which your’re living and creating, but I feel like above the colors or the forms of music there’s always an approach which respond to a goal of communication with the world , people and universe by using the power of intentions and vibrations that music is offering.

The best advice ever gave to me was “always remember to go to the essential”. I was coming back home from a very strange musical experience with the “music industry” and I was traveling with another artist much more experienced than I was and since this day his advice is always in a corner of my head and help me to do my way with integrity in this business. As for the acquaintances I’m lucky I have met a lot of beautiful souls on my way I’m still working with some of them, like for example my manager ….

It’s hard to choose only one memory, I feel lucky I’ve met a lot of interesting people and lived a lot of adventures… But since I have to choose one I will tell you about my discovery of Essaouira, I met Africa for the first time one year ago and this year I went back and I had the chance to visit Essaouira and this city was just all about music we met musicians and music lovers, we shared music together and connected our souls, just the time of a week end, but it was so inspiring. "I’d describe my music as a mix between several genres…From the creation process to the diffusion, the philosophy is to meet and share. Meet a new musician or discover a new country or culture is always a source of inspiration I try to print it in my music. So my song book is really varied." (Photos © by Florence Doisneau)

It’s strange and funny at the same time, I would not talk about machismo personally because I’ve never felt it even if music really is a man’s world according to the fact there is a large majority of man in music. Sometimes it’s funny because they forgot you are a woman and they make “men’s joke” and most of the time I laugh because of the situation not because of the joke!

What is the impact of music to the racial and socio-cultural implications? What do you learn about yourself?

Music can make people become closer even if they are totally different it breaks all the barriers. Some concerts are really a miniature world, I mean you can see all the colors, generations, cultures and the most beautiful is when they meet each other and create a link they keep alive with the social medias …

I don’t really know yet about the music history but I would probably go to the first age of music somewhere in Africa. Just to feel the vibration they communicated without all the instruments we use today… And try to discover the very first and probably the purest reason of music… 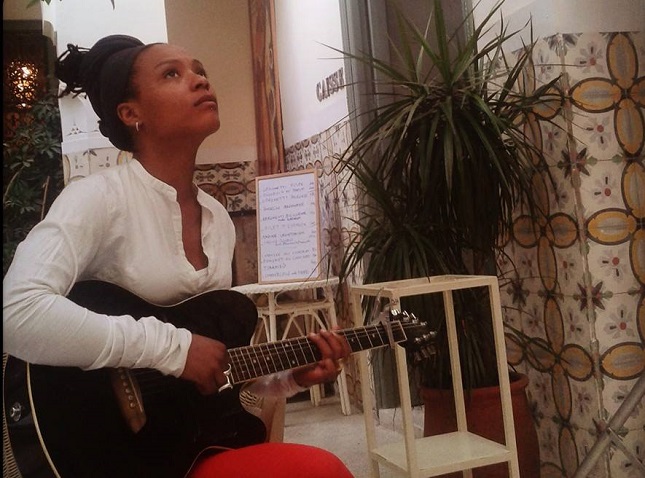