"Through the blues I learned to express what was really deep inside my soul. I learned to let all the anger and frustration that I had in my youth aside, and focus on the good things that life have put in my way all this years."

Electric Blues Explosion is blues/rock band based in south Brazil by Rodrigo Campagnolo (or Rod, as best known in the UK). The band walks in the line of artist like Gary Moore, Lynyrd Skynyrd, Joe Bonamassa and many more Blues Rock axe men. The band worked hard on getting a name on the blues scene in south Brazil. "My philosophy is, no matter what, always be genuine and truthful. Every word I sing and every note I play, must mean something." (Photo: Rodrigo Campagnolo & Electric Blues Explosion)

Since 2009 the band included original songs in the set. By the end of 2011, they released their first cd “Draw The Line” which was mastered in England during a tour of 54 shows that Campagnolo did from May to October with the English band Live Wire.

In 2013 the band released their second cd along with a live DVD “Strength To Go On”. Since its beginning, several musicians played with the band. The current lineup is, besides Campagnolo: Joce Cristóvão on bass, Lucas Rodrigues on drums and Graziano Anzolin on Keyboard. With a visceral vocal performance and a killer guitar approach, Rodrigo Campagnolo gives a lot of feeling and emotion making the live performance a singular experience.

Through the blues I learned to express what was really deep inside my soul. I learned to let all the anger and frustration that I had in my youth aside, and focus on the good things that life have put in my way all this years.

For me, blues doesn’t necessarily means to be down, sad or upset. To me, blues is pure and simple, a celebration of life.

How do you describe Rodrigo Campagnolo sound and songbook? What characterize your music philosophy?

My philosophy is, no matter what, always be genuine and truthful. Every word I sing and every note I play, must mean something. The way I play guitar have those quiet soulful moments side by side with the aggressive moments… all for the sake of carrying the message. The sound running through my fingers is a mix of all my influences as a guitar player. 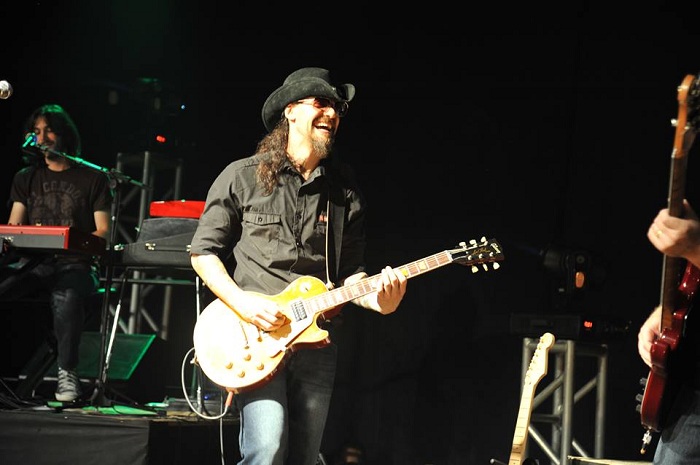 "I think rock and blues are worldwide. Brazil is best known for Samba and Bossa Nova, but we have thousands of famous rock bands, artists, singers, musicians… and we drink from various founts."

Why did you think that the Blues & Rock culture continues to generate such a devoted following?

Because it speaks with the people from the heart. And, as I said before, with this genre, one can be very aggressive in one moment and very peaceful in other. But no matter which one, your message can be always good.

Are there any memories from gigs, jams, festivals and studio which you’d like to share with us?

Every one of those situations you’ve mentioned has their own particularities. And by that, a lot of memories. One that comes to my mind right know happened during the recording of our live DVD – on the song Better Half (which I wrote for my wife) right by the end of the solo, my guitar stops working. Not a damn sound!! So I put the guitar aside, finished singing but in the end of this song, live, there’s a long jam with me soloing – so what am I gona do now, right? I looked at the audience and spotted my wife there, so I jumped off the stage, walk towards her, grab her by the hand and give her a kiss. Everyone goes nuts! And the band didn’t miss a beat! Afterwards I remember thinking “well, we gona have to film this one one more time for the DVD”, but the thing  is, it looked so cool, that I decided to let all this in the DVD. So if you got the dvd, you’ll see all this in the song Better Half.

Every musician I had the pleasure to play with has an instant impact in my musical personality. During the period of time I lived in Cardiff, England, I’ve met a lot of good musicians and certainly learn a lot from sharing experiences. When Bryan Lee, a blues legend, asked me right after we played a couple of songs together for the first time “tell me Rod, how long you’ve been playing guitar?” – I answer “22 years” and he said “yeah, it shows” – that was one of those moments that you think to yourself “it’s all worth”, you know what I mean?

The best advice given to me was: play with your heart, be truth to yourself and eventually, people will recognize and sympathize. 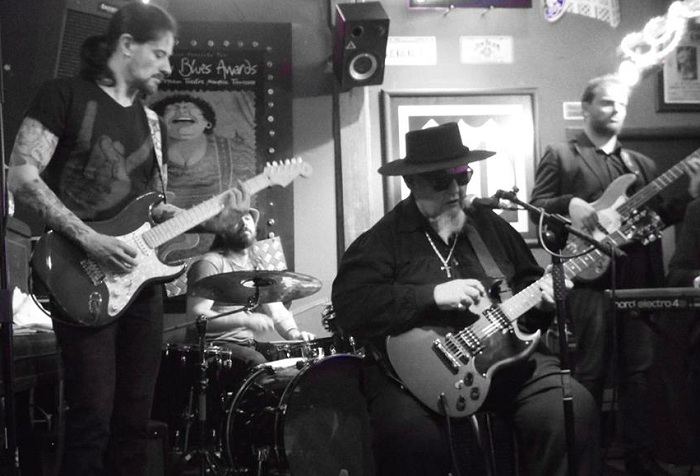 "For me, blues doesn’t necessarily means to be down, sad or upset. To me, blues is pure and simple, a celebration of life." (Photo: Rodrigo & Bryan Lee)

Besides missing the geniuses of Hendrix, Vaughan, Gary Moore, etc… I don’t think there’s anything missing. We have excellent artist nowadays that are carrying the torch and judging by the young talents that are appearing in the scene, the blues will go one and one forever!

Certainly I would have Hendrix and Vaughan alive for a couple more decades.

There’s a big blues scene in Brazil, a lot of good Festivals all over the year, a lot of local artists that are proving to be very talented and mature.

For me, here in the south we have the Mississippi Delta Blues Festival (MDBF) in November. It brings artists from all parts of Brazil and USA. Three days of blues celebration, lots of stages, lots of good music, an insane amount of people… really cool!

What are the lines that connect the legacy of Blues & Rock from United States to Brazil? 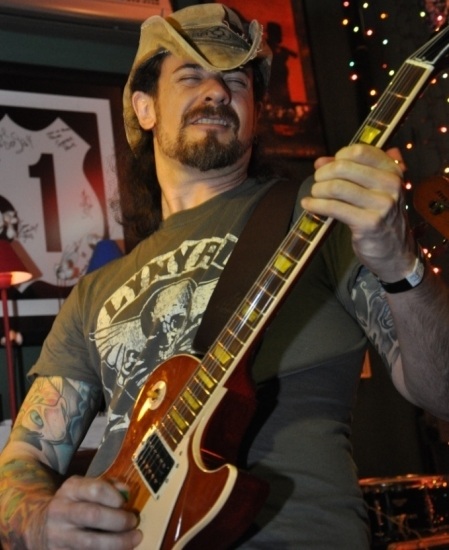 I think rock and blues are worldwide. Brazil is best known for Samba and Bossa Nova, but we have thousands of famous rock bands, artists, singers, musicians… and we drink from various founts. The best thing is the exchange of shows. The more international shows keep coming here, the better.

"The Blues speaks with the people from the heart"

What makes me laugh, but in a sad way, is that, as usual, bar owners priories’ quantity instead of quality. Not all of them, but the majority. It has always been, it will always be.

What makes me happy, is the fact that there’s a lot of new young musicians, good ones, and they’re willing to join’ the battle, you know what I mean?

Yes, it is, because the older you get, more road you get under your feet. More experience. You get more life experiences to share in the lyrics. You get wiser. You become mature.

My Blues Dream is to be able to play my guitar until the day I die. 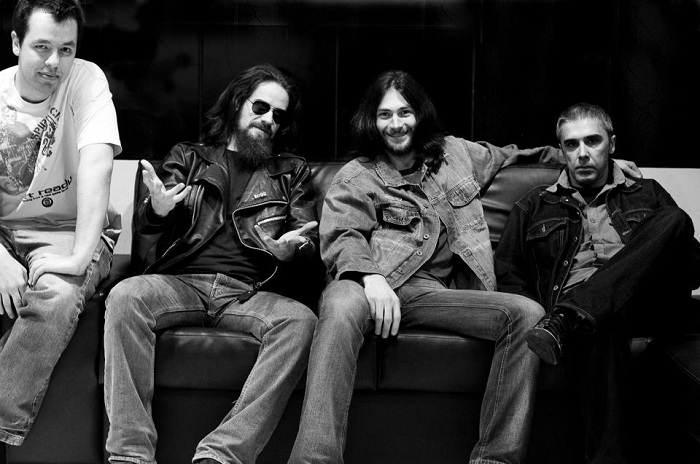