Joe Pitts: The Axe Of Amalgamation

Hailed as one of the most soulful blues rock guitarists today, Joe Pitts is pulling influences from yesterday into today. Joe has been compared to legendary guitarists Duane Allman and Walter Trout. Although his influences range from Jeff Beck to Roy Buchanan, Joe is known worldwide for his slide guitar work. Studying at Berklee College of Music, set Joe up for the possibilities that are endless on a stringed instrument. Rooted deeply in the blues, but a devout lover of rock and jazz, Joe is a musician's musician. Touted as one of Arkansas' best musicians, this international touring artist has played thousands of shows, touring Europe and the Midwest to Southeast US constantly. See a show and find out why Joe is considered one of today's most impassioned musicians. 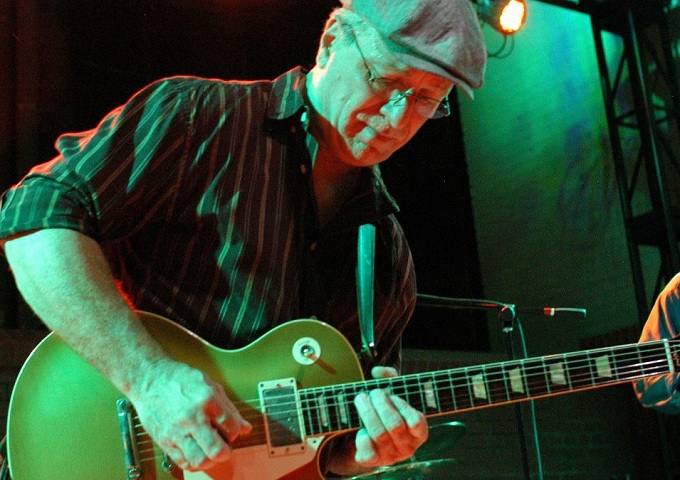 "Today there just isn’t as much musicality as there used to be. I miss seeing people REALLY play their instruments."

Joe has been nominated for his vocal abilities, being chosen as one of the best vocalist's of the year, 2006 Indie Artist Radio awards. Joe has also appeared at the Crossroads Musical Exhibition, and the International Blues Conference. In 2008 Joe was inducted into the Blues Hall of Fame, and is endorsed by several major manufacturers. Joe has appeared on the cover of the #1 magazine for blues rock in France, Bands of Dixie, along with articles in Hittin The Note, and Relix and being a cover artist and feature article in Nightflying Magazine. JPB working on the 10th cd, "Axe to Grind", due out this fall, 2014.

The blues for me have always been a way of life. The ups and the downs of life give you the blues. Not always sad, not always happy, but the full range of emotion life brings you. It’s the real art of life. It’s a way for me to heal the soul, through music.

How do you describe Joe Pitts sound and progress? What characterize your music philosophy?

I’m an amalgamation of music. Growing up, I loved all the rock bands, from Hendrix to Cream, to the Allmans and even the European guys and bands like Rory Gallagher and bands like Ten Years After. Then, my mom loved country so I was subjected to listening to the radio everyday with cat’s like George Jones, Conway Twitty, Merle Haggard and all the old school real country guys. My sister loved jazz and blues so that’s where all the influence with Miles and Trane and blues guys like Muddy and Robert Johnson to Big Bill Broonzy and Skip James came into play. So, I took a little of it all, and tried my best to always be me in my life. 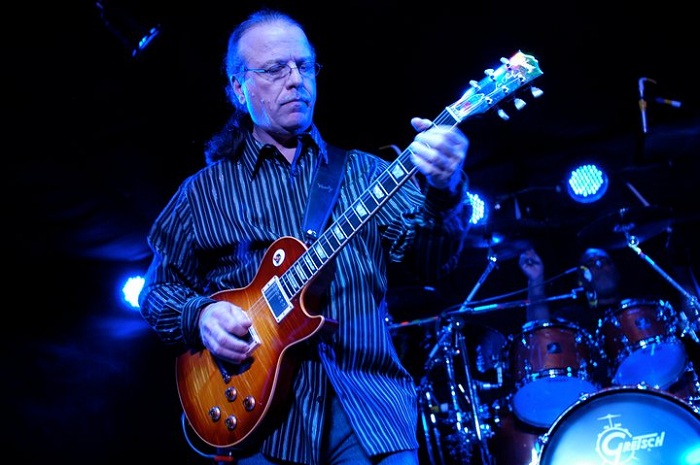 "Because it’s (Blues) real. It’s not made up in the studio, and choreographed to death by a bunch of dancers and entertainers who fake their way through the music. It’s real. It’s life. It’s America’s true art form."

I would say my 30’s was the biggest time musically in my life. I was awarded the opportunities to play music, as a way of life, with a great woman by my side who supported everything I did. I grew exponentially from that time and it’s brought me to where I am today. The most surprising moment would have to be the response we got to the 2005 cd “Cradle to the Grave” by our band Liquid Groove Mojo. It was the one that put us on the table worldwide.

Because it’s real. It’s not made up in the studio, and choreographed to death by a bunch of dancers and entertainers who fake their way through the music. It’s real. It’s life. It’s America’s true art form.

What are some of the most memorable gigs, jams and open acts you've had? Which memory makes you smile?

I loved playing a theater that Mozart played in Italy, the Gregg Allman European tour we supported and playing historic venues like Blues Garage in Germany, and Spirit of 66 in Belgium.

The best advice I got was from a guy named Bruce Hampton. It ‘was all about being true, being real and being free to play whatever, whenever you wanted. That was very liberating to me musically. 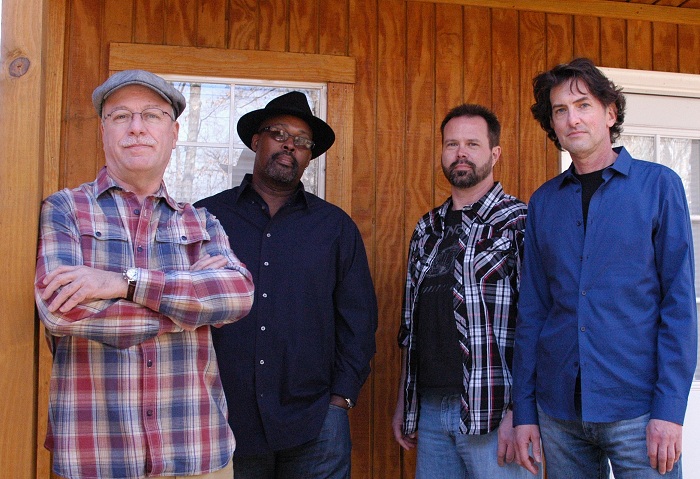 "I’m an amalgamation of music. Growing up, I loved all the rock bands, from Hendrix to Cream, to the Allmans and even the European guys and bands like Rory Gallagher and bands like Ten Years After."

This new cd “Axe to Grind” has been the most fun of any I’ve ever done. The vibe is just so cool, with great players. Al Hagood on Bass, Chris Moore on Drums and Stu Baer on Keys/Organ. These guys are so cool to play with. There is no drama, no bad feelings, no underlying agendas… it’s just pure music. And it shows in the songs we’ve chosen to do on this one. I think it’s the best out of the 10 I’ve done. It’s not even done yet, and I’m very proud of it so far.

Make an account of Arkansas Blues scene. What are the differences from the other local scenes?

Great scene. Lot’s of great players. Like any music scene, it’ has it’s issues. But that’s just music everywhere. I try to stay positive and create a good vibe everywhere I go. It’s all about being cool, and passing on the info I have received in the 40 year’s I’ve been playing professionally.

Today there just isn’t as much musicality as there used to be. I miss seeing people REALLY play their instruments. There are a lot of guys who really can play, but there is so much in the American music scene that is just fake, lights, mirrors and smoke. The real musicians are the ones I have a lot of respect for. There are a lot of them out there that are much better than me. I try to just be me and bring the past into today and keep that part of our musical history alive. 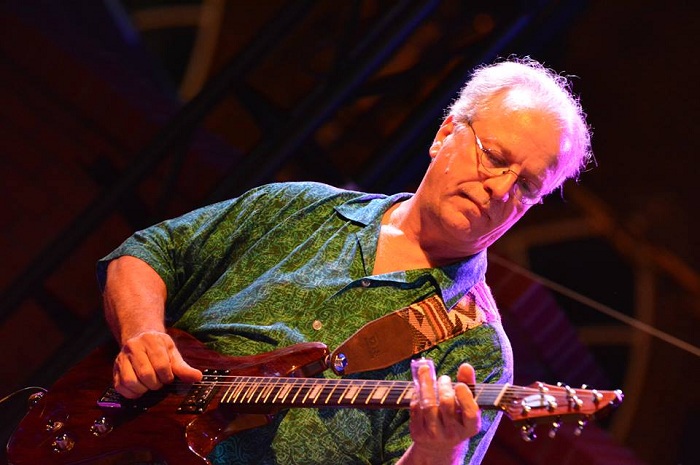 "The best advice I got was from a guy named Bruce Hampton. It ‘was all about being true, being real and being free to play whatever, whenever you wanted. That was very liberating to me musically."

That us musician’s would be treated as a valuable resource, and have benefits and salaries that are like any other good job that you can get today. Musicians are thought of as something for ‘’fun’’. It’s serious business for us. I wish it could be thought of that way by the majority of the public.

Do you know why the sound of slide guitar is connected to Southern Rock & Blues? What are the secrets of?

Well, Duane Allman is the cat that really started that I believe. He’s the reason, along with Lowell George as to why I started playing slide. I hear some people playing and it sounds like they are singing with their guitar. Other times I hear it sounding like a great harmonica player. I try my best to bring them both into my slide playing.

What are the lines that connect the legacy of Blues with Soul and continue to Southern Rock and Jazz music?

I think it was more about the music, than the money. The cats that played all the music that influenced us, and really brought the blues and jazz to the forefront, didn’t make a lot of money,  got screwed by every record company and toured with very little other than the shirt on their back, and their instruments. It’ was about THE MUSIC!!! That’s where I’m at today. If it’s not fun, if it’s not cool, I’m not going to be a part of it. Not because I don’t want to, but because I don’t have to. I get to choose what I want to do these days, and that is a beautiful thing. European tour again… You bet!!! LOVE coming to Europe… Playing a gig at a smokey ol’ bar somewhere... No thanks… I’ll pass... I kinda control my own destiny today… and it’s only taken 40 years to get there.. 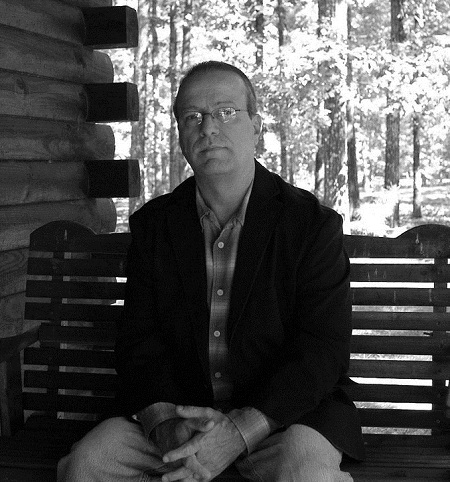 I would have loved to have been able to sit in on one of the legendary Muscle Shoals Sessions with all the great musicians that made all that music. That, would have been so much fun! That’s where I’d love to have been… making music with the legends...

Anything else you would like to say to all the fans?

Just want to say thank you for all the great gifts that you have given me, to be able to play music for you. We have a brand new CD coming out this fall… “Axe To Grind”, is the best ever. Thank you so much, and we hope to see you in Greece on our tour supporting the new CD in early 2015!!!!