"I really believe that it’s healthier for any musical form to keep going forward, the past is the past and we live right now in the present."

Otavio Rocha has been playing guitar for 30 years in Brazil, with his band Blues Etilicos, the oldest and well known Brazilian blues band. He just loves to play guitar, be slide, rhythm or standard playing. He also has a blues trio called Blues Groovers, in which he has recorded and/or backed up various artists, both national and international acts. The Blues Etílicos was created in Rio de Janeiro in 1985, the harmonica player Flávio Guimarães, bassist Claudio Bedran and guitarist Otavio Rocha and a few months after his debut, he entered the singer and guitarist Greg Wilson and drummer Gil Eduardo. In 1987, the band recorded their first LP. In 1989, the band had ample projection in the first International Blues Festival in the city of Ribeirão Preto, opening the festival the same night as Buddy Guy. The festival was a watershed for the genre in Brazil and emerge several national bands influenced by the sound of the Blues Etílicos. 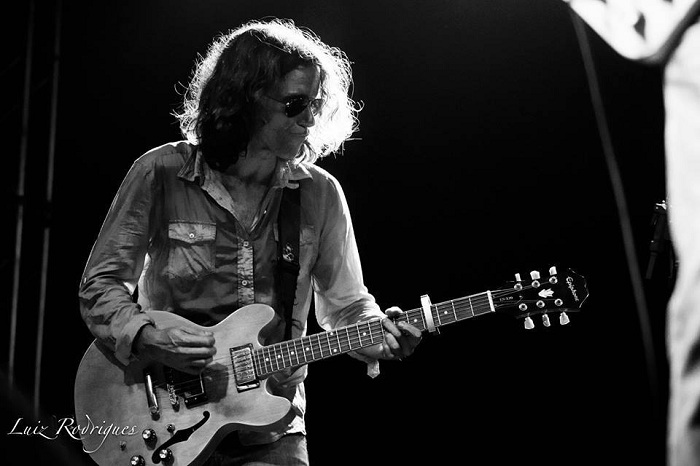 The Blues Etílicos was the first and major national band to create a loyal following that thread and thanks to all that participated in festivals related to this musical genre, sharing the stage with the leading names in international blues like BB King, Robert Cray and Buddy Guy among others. Between 1995 and 1996, the band performed about 20 shows with singer Ed Motta, hitting successive record public in Flying Circus, in Rio de Janeiro, as well as theaters and nightclubs across the country. Empathy group with the public due to the originality of writing in both English and Portuguese. The group is known for opening for established names, such as opening shows for BB King, Buddy Guy, Robert Cray, Sugar Blue, Ike Turner, Magic Slim and many other international attractions.

The Blues has always been my connection to playing music, and of course, guitar playing. I was 10 years old and I wanted to play slide like Johnny Winter! Of course I didn’t make that possible, but the will it’s still the same nowadays.

How do you describe Otavio Rocha sound and what characterize your music philosophy?

Well, I like to keep it simple in all areas, and in music it wouldn’t be different...I like simple, straight forward music, with that live feel...for example, the Beatles first album or AC/DC's Powerage, or Muddy Waters' Hard Again. So my sound is 100% simple and very very rhythmic, because that’s the most fun for me, playing a good rhythm with the drummer and the bass player. 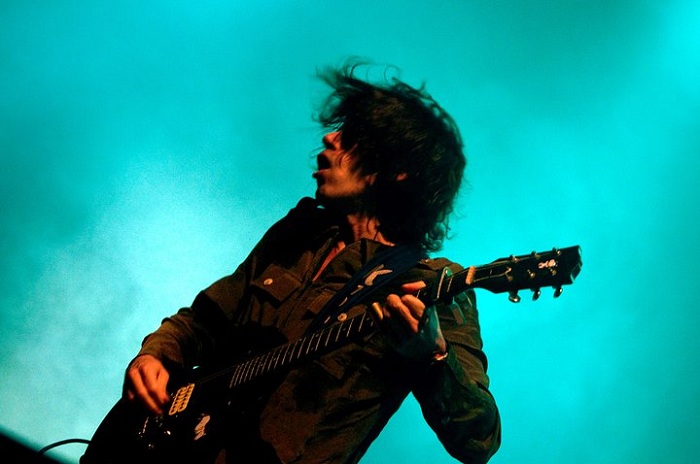 "I believe that Africa connection explains a lot...we share the same mixtures of African and European music. Here, it turned out in Samba, and there in Blues."

If you think of the blues as a feeling, it’s universal for all of us, no matter where you were born or live. As a musical form, I think its appeal comes from the fact that it touches that common feeling we all have. It’s a sound more from the guts, there’s no much space for rationalism when you are playing, at least for me.

So, I believe it will always be a good way to get in touch with those inner feelings we all have...put some Son House recordings and its all there...

Well, seeing Buddy Guy, Albert Collins, Jr. Wells, Etta James and Magic Slim back in 1989 was totally magic for me, because few years earlier they were all idols that seemed to live in another planet. My band, the Blues Etilicos was opening the festival, so it was definitely a turning point for all of us.

I didn’t get any direct advice, but I remember listening to Magic Slim's bass player (Nick Holt) ask with some sort of strangement why people rehearse to play blues! He said, you don’t rehearse the blues, you play it or you don’t play it...Of course we all have to rehearse, but as a general advice about the blues I found it very accurate.

Are there any memories from B. B. King, Robert Cray and Buddy Guy which you’d like to share with us? Yes, I was always very nervous to meet those guys; to me they are like supermen or something, so I just said hello and leave as fast as I could.

And seeing Buddy Guy and Jr. Wells for the first time in 85 in a club was totally awesome too. It’s when you realize how powerful these guys and the way they play music are.

"If you think of the blues as a feeling, it’s universal for all of us, no matter where you were born or live."

Well, I just miss that raw feeling those old records got, and it goes to rock too, not only for the blues. But, I really believe that it’s healthier for any musical form to keep going forward, the past is the past and we live right now in the present.

To make them realize how good I am! haha, but seriously, I would say to put more music and less image in the business.

How difficult or easy is to make a blues album in local language?  Why Brazilians so enamored with the blues?

It’s very difficult indeed, you must use some kind of intuition to adapt that feeling to your language... and you must get interesting melodies as well, because Portuguese language it’s a tricky one to melt with blues melodies.

I think all the planet is enamored with the blues, because as I said before, it touches a common feel we all have. I remember one day back in the 80's that I went to a favela with some friends with acoustic guitars and as soon a started playing slide, everybody was connected with that sound, it was really an amazing experience to see we all have that common feel inside, and how the blues is a tool to feel it. 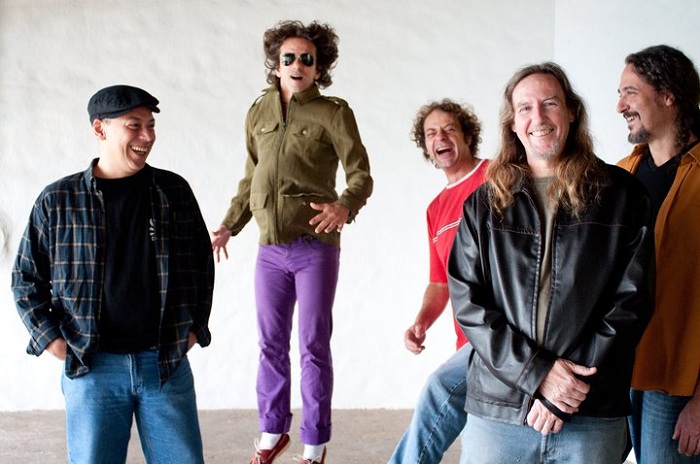 "My sound is 100% simple and very very rhythmic, because that’s the most fun for me, playing a good rhythm with the drummer and the bass player." (Photo: Otavio Rocha with Blues Etilicos)

Well, for me it was in the beginning, back in the 80's. I felt like I was doing something really new, for Brazilian standards, and it was a good feeling. Also we were learning by experience, in real life, we just got some few records back then, and from that we started, but if you have the right feel you can go from that.

Nowadays is different, you have tutorials "how to play blues licks" all over the internet, so for me it lacks that real life kind of learning.

But we do have some great players down here, especially guitar and harmonica players.

What are the lines that connect the legacy of Blues from US to Brazil? How is a Latino to play the blues?

Well, I believe that Africa connection explains a lot...we share the same mixtures of African and European music. Here, it turned out in Samba, and there in Blues. Harmonically they are very apart, but the inner feel is pretty much the same....also, Brazilian music from the northeast is very influenced by North African melodies, which are the ones that went to America as well. Well, I have lots of friends here in Rio de Janeiro, and I love to see they playing. It always makes me think how lucky I am to have great musicians as great friends as well.

"I just miss that raw feeling those old records got, and it goes to rock too, not only for the blues."

Tough question! I would love to go to Austin in the 60's, and watch Johnny Winter opening for Muddy Waters in a club call The Vulcan, I believe. Must have been an incredible moment in Blues History and very fun to watch.