"This music genre is perfectly able to translate all the nuances of the human soul."

Benê Chiréia was born in 1974 in the city of Arapongas, State of Parana in Brazil. Works as a professional musician since 1991, when began studies with Ulysses Cazallas. A year later, studied with the renowned Professor. Ronald Pereira da Silva, who eventually became a great mentor and supporter. Joined Curitiba Harmonica Orchestra in 1992 and within months became a soloist of the group next to the Ronald Silva. In 1994, starts a partnership with the Hering Harmonica Factory as Product Developer, Consultant and Brand Endorser. In 1996, wrote the first Brazilian method for diatonic harmonica entitled "Blues Harp". Parallel to the work of the OHC, founded the blues band Mister Jack, the first to register a phonographic work in that style in the state of Paraná. Together with Ronald Silva, created in 1997 a Troupe Gaita, a group formed by the top musicians who participated in Curitiba Harmonic Orchestra. One of the most important work of the Troupe was the "Cultural Convoy", a project that took the mambembe style and the diverse cultural manifestations to the more distant municipalities of Paraná. From the several seasons and weeks playing in the meadow of the interior appeared Trio Traquitana, a sort of "mini-Troupe" formed by harmonica, guitar and percussion. He was General Director of the Project "Nostalgia del Tango", created by Italian singer Alberto Petri who predicted the creation of a large Orchestra of Tango in Curitiba. The project was eventually executed directly in Buenos Aires. Was responsible for the interviewing and hiring of diverse musicians in the Argentine capital that culminated in the recording of a disc with the exponents of the porteña tango scene. In general, the professional activity is divided among the musical groups, phonograph records and jingles in various musical styles and the activity as an educator, teaching classes, courses and workshops throughout Brazil.

This music genre is perfectly able to translate all the nuances of the human soul. When I heard my first blues, even not understanding the lyrics, something happened to my spirit. I believe the blues musician can communicate in any language just by way of playing your instrument and extract the most varied feelings. The harmonica has such potential to communicate emotions to listeners and this has been my primary relationship with the blues.

How do you describe Bene Chireia sound and what characterize your music philosophy?

I was first infected by the sound of Little Walter and subsequently by various masters like Charlie McCoy, Mark Ford and Jean Jacques Milteau. I also learned to play the chromatic harmonica and entered the Curitiba Harmonica Orchestra (OHC) who played in his repertoire several musical genres. I guess I'm now a compilation of everything I've heard and enjoyed over the last 20 years. My main mission as a musician on this planet is to transmit and cause different emotions in people who listen to me. 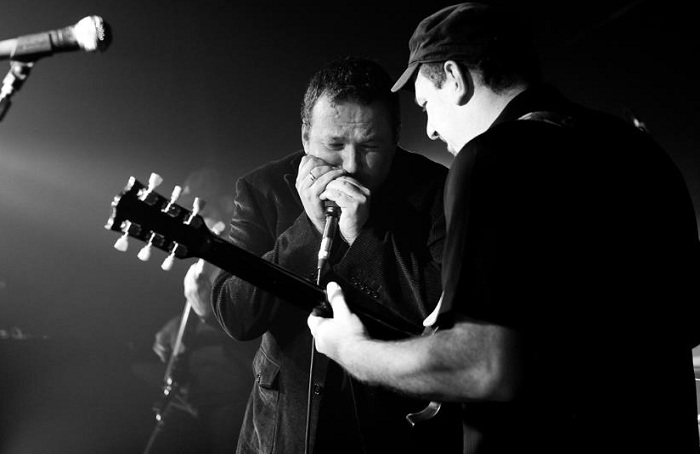 "I miss the respect and the prospects for a better future. I think the Blues in Brazil had its best time in the 90s. Since then I see a lot of fights, betrayals, musicians charging lower prices." (Photo by Rei Santos)

Are there any memories from JJ Jackson, gigs, jams and festivals which you’d like to share with us?

I think the main memories are of a tour we did with "Troupe da Gaita" the interior of Brazil. We traveled on a bus that turned into a stage that could play in any open space in small towns. See the faces of the children and their happiness was the most valuable good that we had back then.

I miss the respect and the prospects for a better future. I think the Blues in Brazil had its best time in the 90s. Since then I see a lot of fights, betrayals, musicians charging lower prices. I see a severe struggle for survival that has not happened in the past. I cannot see a better future in the coming years.

Today in Brazil, any cultural project has to be approved by a committee linked to the government. No more freedom to create new projects if it has one of the gentlemen who approve their work there. Often these people just put the scene who are their friends. I would like that to change and that the groups could have untied their art of dishonest politicians. The work of the curator is discredited in Brazil. Untrained people choose who will play and who will not. The blues never lies to people of good heart. I guess this is what happens.

"Brazilian music also came from blacks from Africa. The rhythm and the strong influence of the original roots of Africa unite these songs at its maximum essence."

The 90s were great. Today there are many festivals but always they are chosen, as said earlier. Yet I see great musicians and great bands trying to overcome these barriers. Near my town has a band called "The HeadCutters" doing an excellent job.

The X7 chord. I think the blues is very similar in form to a genre of northeast Brazil called "baião" ... Its extreme simplicity allows the artist to express his soul through song.

From the musical point of view what are the similarities between: Afro American and Brazilian music?

Brazilian music also came from blacks from Africa. The rhythm and the strong influence of the original roots of Africa unite these songs at its maximum essence.

Laughed a lot when I saw a group playing "Staying Alive – Bee Gees" in a blues festival. I am thrilled when I see a young people stop for a minute to hear a solo lead and allow for it 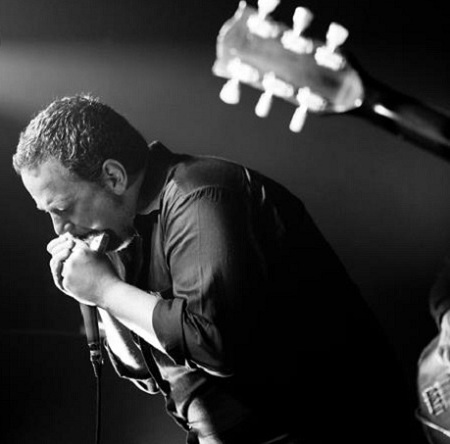 The harmonica was not born with the blues but he has incorporated very quickly. I believe that financial issues brought to the blues harmonica. An inexpensive and portable instrument very well matched to the needs of the blues at that time. I have a friend in Brazil that says that the harmonica was the IPOD from the beginning of the last century. The harmonica has a single frequency and therefore can cry and smile in the same song. It is no coincidence that his original name was sublime voice (SHENG).

Would one day be able to play in Carnegie Hall. In this life or the next who knows?