"I believe that the blues touches the souls of people."

With a career spanning almost 20 years, Alex Dupas is a Brazilian harmonica player, composer, songwriter and singer with a strong inspiration and influence of Robert Johnson, Muddy Waters, Little Walter, Sonny Boy Williamson II. It has developed his work in the Blues, flirting with the Jazz, Funky, Rhumba, Rock and Country. Along his musical career was part of several groups, among the mare: Jazz Q.é Blues Band (1997), where he was founder, Souza The Souza Lima Harmonica Orchestra from Conservatory Souza Lima-SP (2001), regency of Ulysses Cazallas; Jafer Blue (2001). Currently, he joined the Black Garoa Blues Band and follows his solo career. 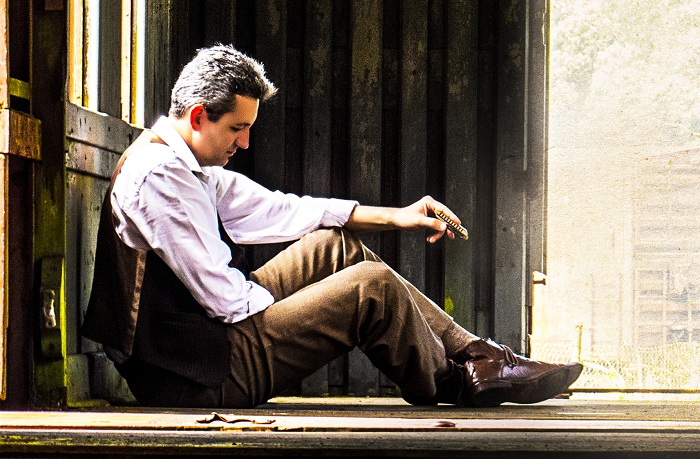 All Photos by Anderson Guedes

From 2011 to 2013 he toured with the show "A Trip to History of the Blues" where was a musical journey that stretched from Mississippi to Chicago, passing through New Orleans and California. Throughout this trip, he had some history of the blues - its origins, fun facts, trivia, striking characters and their tales - creating an engaging and exciting environment. Also in 2011 released the CD "Coletânea Alex Dupas" ("Alex Dupas Collection"), which shows a summary of 10 years of his career. Alex Dupas releases his first solo album called "Assalariado" ("Salaried" or "Wage Worker" in English), which explores the blues sung in Portuguese.

How the blues did started revealing its secrets to you? How does the blues music help re-discover yourself?

How do you describe your sound and progress, what characterize Alex Dupas music philosophy?

My sound is traditional with modern touches. My philosophy is to pass a message with my music.

All my experiences has a significance that give rise to my songs, but better analyzing my songs, most of my songs originated from the thrill of good experiences, like when I resumed my solo career, in late 2010, I composed a Christmas song, "Boogie-woogie do Natal" (Boogie-woogie Christmas). 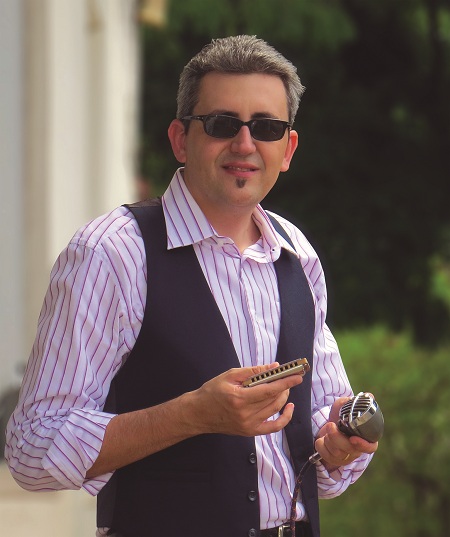 I believe that the blues touches the souls of people.

"The harmonica is the instrument closest to the human voice, and it easily enables the execution of vocal inflections."

I learned that sensitivity, emotion and passion are more important than just study and technique. Nowadays the blues is my life.

Much of the secrets of the blues I learned as an autodidact, listening and researching the blues, but I can say that one or another little secret I learned harmonica players with two friends, Zésinho Lima aka Kley Williams and Fernando Naylor aka Doctor Feelgood. The best advice that I received was: Silence is music too, respect it.

Ah! There are several cases, such as in 2001 when I was playing in the Souza Lima harmonicas orchestra, governed by Brazilian master harmonica player Ulysses Cazallas. We had the honor of making the opening of the workshop with the harmonica player Peter Madcat Ruth. At the end of our participation, Ulysses asked me to stay on stage and get a diatonic harmonica, because we both were going to play a boogie-woogie. When we started playing, the Brazilian harmonica player Jefferson Gonçalves took the stage to play with us, then immediately Peter Madcat joined us. It was a magical moment.

What are the lines that connect the Blues from North to South America? Make an account of Brazilian blues scene.

The lines easier to see are those of rock'n'roll. In South America, specifically in Brazil, the blues became known through artists like Bill Haley and Elvis Presley. But in the case of Brazil, there is a great similarity between the culture of the southern U.S. and northeastern Brazilian culture that unites the blues to baião (typical music of the northeastern region whose harmonic construction has the same root as the blues).

Why Brazilians are so enamored with the blues? How difficult is to make a blues song in local language?

The number of Brazilians that really like the blues is very small compared to other musical styles, but those who like the blues in Brazil really feel the emotion and sensitivity of the blues in his soul.
The phonetics of the Portuguese language is very complex, unlike the English language that is more direct. Therefore the blues sung in Portuguese requires more creativity and careful with the words to the song sound naturally. 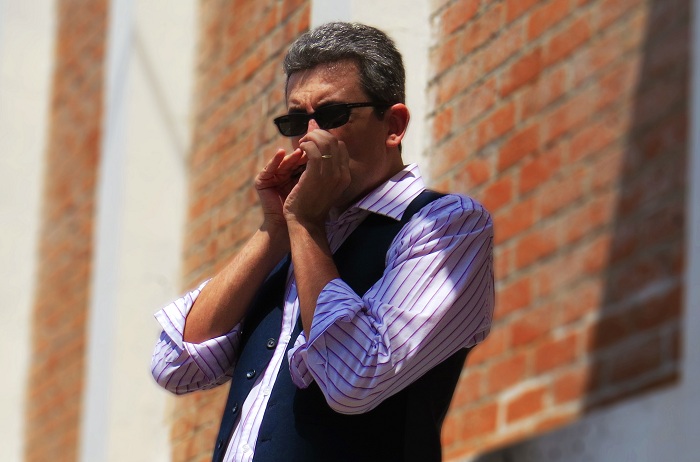 How difficult is it to be a blues band in Brazil? What are the differences between Brazilian, European and US scene?

The greatest difficulty is to have the interest of producers, agents or businessmen, because here in Brazil, the blues does not have the visibility it deserves, so the musician is bound to be your own agent. The biggest difference I see is that the market of the blues in Europe and the U.S. is more respected than in Brazil.

Why the harmonica is connected to the blues? What are the secrets of? What are your main tools in harp case?

The harmonica is the instrument closest to the human voice, and it easily enables the execution of vocal inflections. At the end of American slavery, black people were able to play their work songs with the harmonica. I think the secret is to transmit your emotions through the harmonica. In my harp case has a JT-30 mic with shure CM R5 cartridge, a chromatic harmonica (64 voices) and 14 blues harps.

Undoubtedly I miss the great masters. My fear, which is already a reality in Brazil, is the banalization of music by major medias, seeking only financial gain. My hope is that it always has people like me, struggling valiantly to keep the blues alive and present.

Oh ... I would love to be in the studios of Chess Records in the 50's and play with the great masters of the blues. 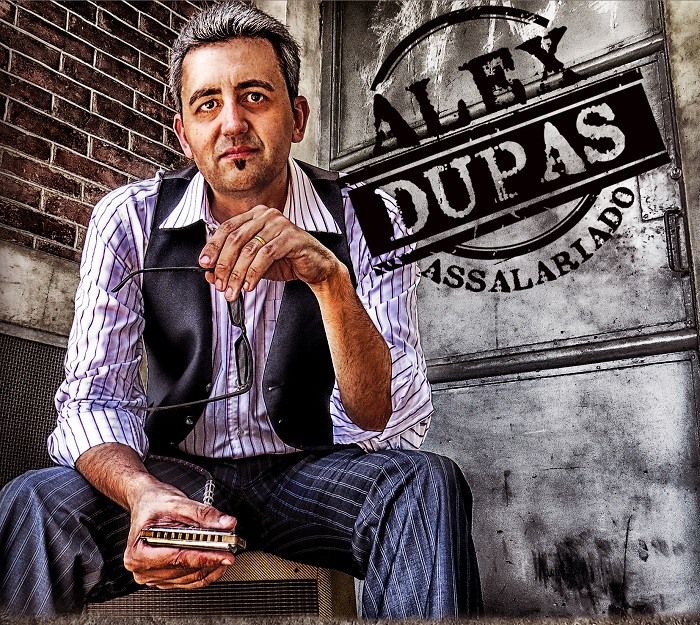