Interview with British band of The Rhythm Blasters -- all about rhythm, taking blues to be dance music

"The blues at it’s best is the most profound, and uplifting, and expressive and joyful music you’ll ever hear. What on earth would we be doing if it didn’t exist?"

The Rhythm Blasters: US Blues, Made In UK

The Rhythm Blasters started up in 1984 with the meeting of Malcolm Wilkinson, Dave Taylor and Alex Mundy who was the original drummer. The meeting came about when a previous band Alex and Malcolm were in broke up after the tragic death of the lead singer. They’ve always played blues, mining the extensive record collections of Dave and Malc for authentic inspiration, usually from places such as Chicago and other American blues centres in the 50s and 60s. Over the years the bass players have changed and so have the drummers, but Dave - guitar, slide guitar, harp and vocals - and Malc - lead guitar and vocals - are still there. Since 1999 Laura Bell has been the bass player and Keith Evans recently joined as drummer. The band’s home town is Salisbury, UK, a city full of music pubs and The Blasters have played them all. They have also ventured further afield to London, Southampton, Brighton, Bath and Cherbourg amongst other places. Malcolm Wilkinson, Dave Taylor and Laura Bell talks about the band, British blues, Wilko, Mississippi Fred McDowell and many mores.

Malcolm: I learnt that I could, with practice, make some headway with my playing, and I didn’t give up when I heard players who were ten times better than I was. And I learnt that apparently simple music is the hardest to play well, so it’s not as simple as it may seem. The blues at it’s best is the most profound, and uplifting, and expressive and joyful music you’ll ever hear. What on earth would we be doing if it didn’t exist?

David: That you are able to get in touch with a spiritual side that everyday life cannot provide with. Playing the blues makes me feel better and happier.

Laura: I learn that I like a goodtime band, always with a good groove, and that I’m a small part of a long line of blues bass players. Life is better with the blues. Crazy but true!

How do you describe Rhythm Blasters sound and songbook? What characterize band philosophy?

Malcolm: The Rhythm Blasters sound is really all about rhythm, taking blues to be dance music, and not so much about guitar acrobatics. Without a solid rhythm section it won’t work for us. Of course there are solos, but they are only part of the performance. We plug our guitars straight into the amps and have no effect pedals, and we don’t really play that loud, like I imagine it would have been like in clubs in the 50’s in America. I read an interview with Buddy Guy in which he said that the entire band and all their equipment travelled in one car. OK the cars may have been big, but the amps certainly weren’t. Our numbers come from Chicago in the 50’s and 60’s with a few newer ones (Robert Cray for example). We don’t copy recordings slavishly but try to do our own thing within the style. Malcolm: My brother Wilko, has been an important person in my life. He’s the eldest, so he started playing first. We both liked the blues, although at first I played more country type blues while he went electric. Meeting Dave was also very important. It’s not so easy in a small town to meet like minds in music. We’ve played together for 30 years now. Meeting Laura was also important. She’s a good player who wants her bass to sound like a double bass, just like Willie Dixon. How cool is that? Best advice? Listen and practice.

David: I’ve met many of the old Blues men, including Johnny Shines (who travelled with Robert Johnson), Arthur Crudup, Eddie Taylor and have played a washboard once behind Sonny Terry and Brownie McGhee. But to meet Mississippi Fred McDowell was the most memorable. Joe Louis Walker told me to turn the treble and bass to maximum and take the middle out completely on your amp and to control the rest from your guitar.

Laura: If I hadn’t met our guitarist, Malcolm Wilkinson, I wouldn’t have started to play the bass. Very early on Marion Dalton taught me how to be ahead of or behind the beat and Norman Watt-Roy, one of the all-time greats, just said ‘a finger-a-fret’. Invaluable lessons.

Malcolm: There’s so many memories over the years, no gigs are the same, even in the same venue. But supporting Lowell Fulsom was brilliant, and once a few years ago we played backing band to Wilko at a charity do. I found out then what a supercharged performer he was, even though I’d seen him play so many times before. The last time we played together before that we were still at school I think.

David: We supported one of my heroes, some years ago, Lowell Fulsom. I had a great conversation with him. A lovely man.

Laura: The Blasters were once Wilko Johnson’s backing band. For two sets, I found an extra gear in my fingers. He gives off so much electrical energy. It took 24 hours to reach neutral. The other whacky one was having to learn (and play) Strangers in the Night for a wedding. Still can’t believe we did it. 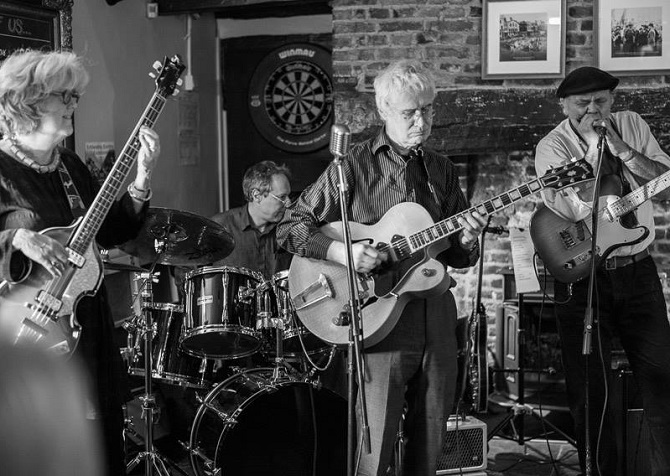 Malcolm: At some point I suddenly realised that there would be no new recordings from some of the great bluesmen, Albert King, Freddie King, Muddy Waters, Magic Sam, Hubert Sumlin... all gone, and more. There are blues players still, of course, but those guys were a direct link to the roots. I hope that somewhere hidden away from view, new players with respect for the form are playing and developing the blues of the future. There certainly is still a lot of interest. It has to change, but it has to have roots.

David: With a few exceptions the standard of playing is much higher now in general. The equipment is so much better than back in the early 60s and 70s so I don’t miss bad gear. I miss seeing the great Blues men of the past but feel very lucky that I did early on. This music will always be listened to so I expect to be playing it until I run out of breath.

Laura: I can tell you that I don’t miss the smoke-filled venues. I wish someone would invent a 15” bass cab that I can pick up single-handed.

Laura: Can be a bit tricky sometimes but generally OK. You see quite a lot of women bass players around now. I like to think status depends on ability rather than gender. 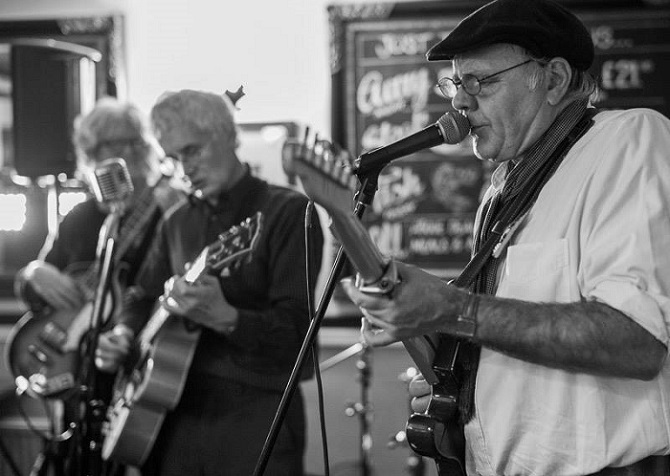 What are the lines that connect the legacy of 60s Blues Boom with the UK local scene nowadays?

Malcolm: Difficult that one from my point of view. When the blues boom was in full swing, I was at college studying classical guitar! In earlier days in Southend I heard Mickey Jupp and The Orioles. Now they were a great band to hear. When I re-entered the blues world again I started with the American greats, and all the British stuff kind of passed me by. You can certainly hear the ‘British Style’ being played everywhere round here though. I missed out on all the overdriven Les Paul style of playing that was so common then.

David: Peter Green and Eric Clapton are still major influences on British blues guitarists and I would expect that to continue. However our band plays in a more idiosyncratic style influenced much more by the original players.

Laura: My own line: I grew up in The Potteries which had a sort of Blues scene, led then by The Climax Chicago Blues Band. They gave me the taste for live blues bands in small venues. John Mayall was around a lot then, with an ever-changing line-up. Then gigs and records aplenty until I picked up my first bass in the mid 90s. I think I’ve now learnt the difference between British and US blues.

Malcolm: One of the best things in local clubs that I’ve heard recently is The Bob Pearce Blues Band. He’s a great singer and performer and his band is really cool. Local to Southend where I go fairly frequently to see Wilko, is The Martin McNiell Band with Steve Weston on harp at a brilliant pub called The Railway Hotel, and free on a Sunday afternoon.

David: When we play I watch people dance and that can be very amusing. I get emotional thinking about musicians who are no longer with us.

Laura: A Greek Blues magazine editor and ambassador finding The Blasters and asking for an interview. That is funny. Thanks, Michalis, and congrats for finding us.

Malcolm: It’s gotta be Chicago in the early 60’s hasn’t it...as long as everybody is playing on the same day. Mind you I’d put up with New Orleans and seeing Professor Longhair and his Shuffling Hungarians.

David: Chicago 1953 to a recording session of the Muddy Waters band and to meet Little Walter, Otis Spann, Willie Dixon and Jimmy Rogers. I would also tell the Chess brothers to pay them more.

Laura: I’m torn between going back to Toronto in the 70s to hear James Jamerson again with Jr Walker, now that I’m a player, or any gig with Ray Brown and Ella Fitzgerald. You can feed off experiences like that for months. No, make that years.